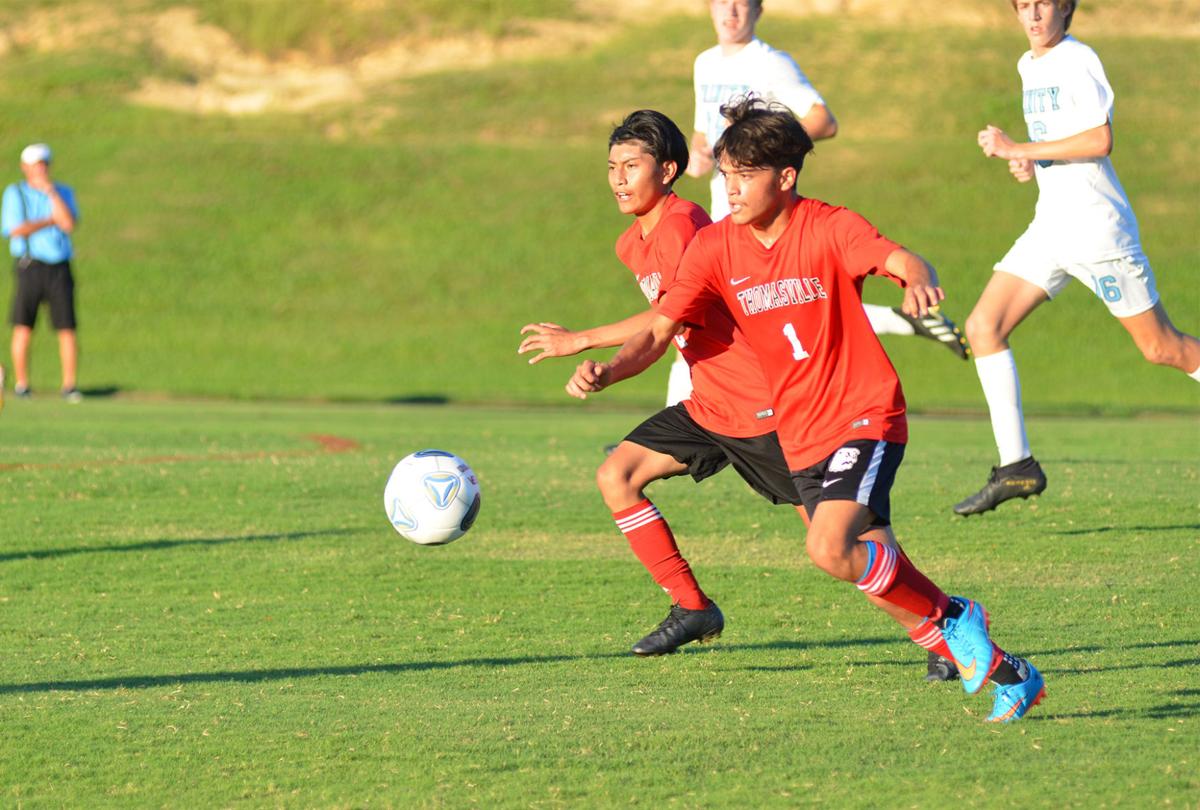 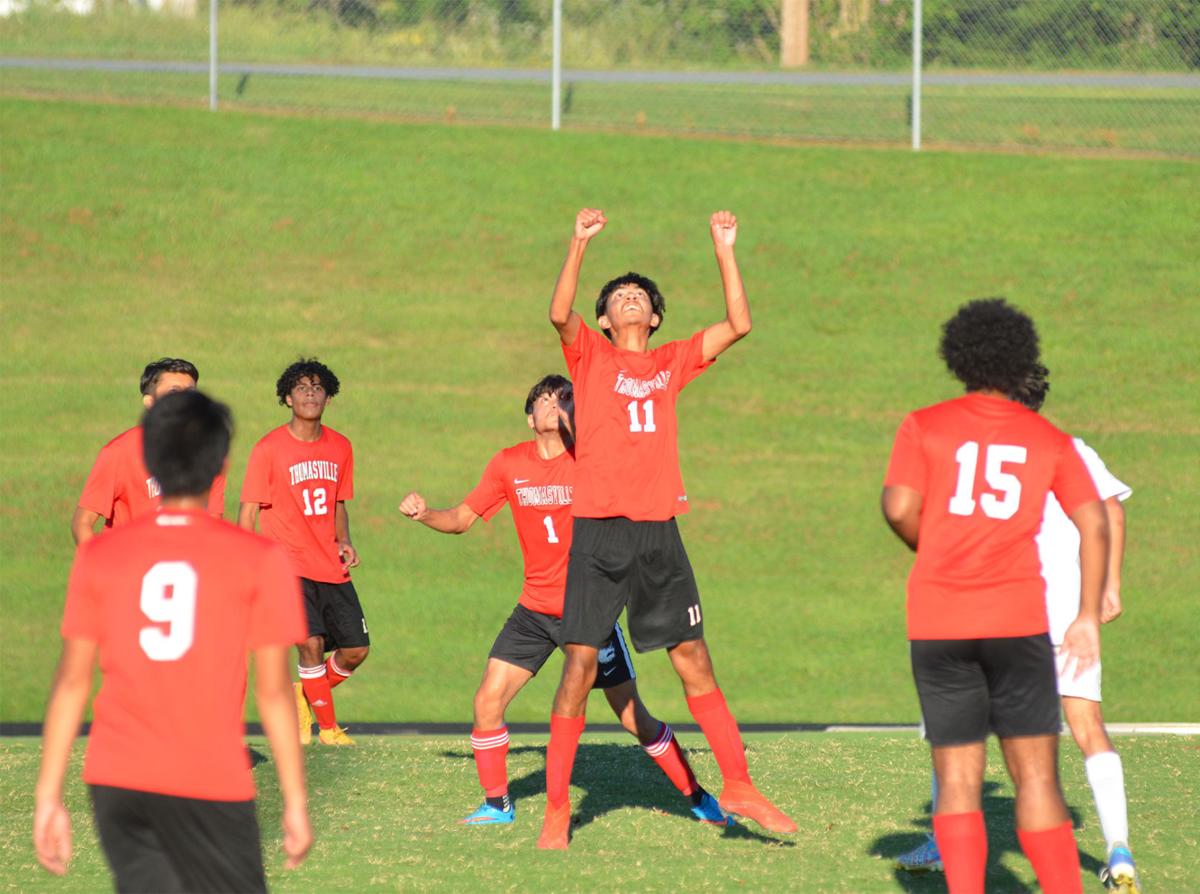 A host of Bulldogs vie for possession during last week’s game against Trinity. 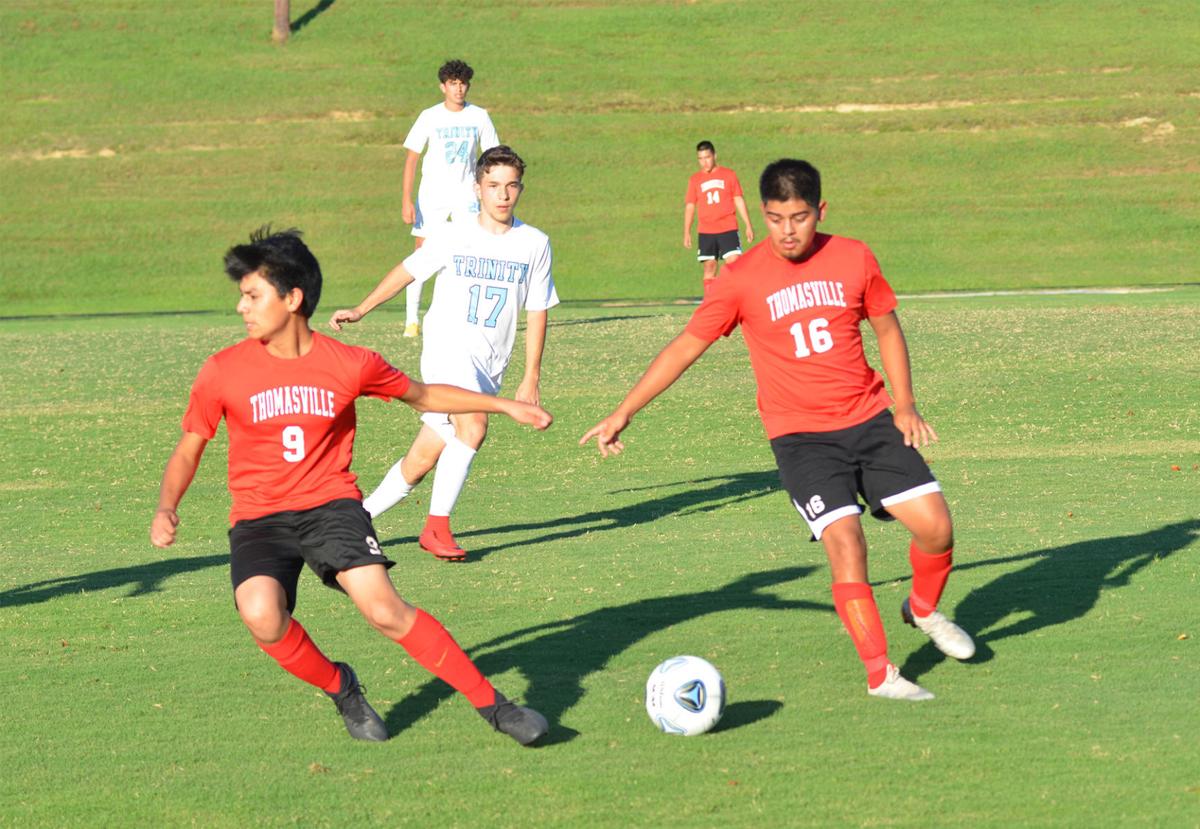 Yainkro Zorrilla and Giovanni Robles look on as Thomasville moves the ball down the field during last week’s game at Allen Brown Athletic Complex. 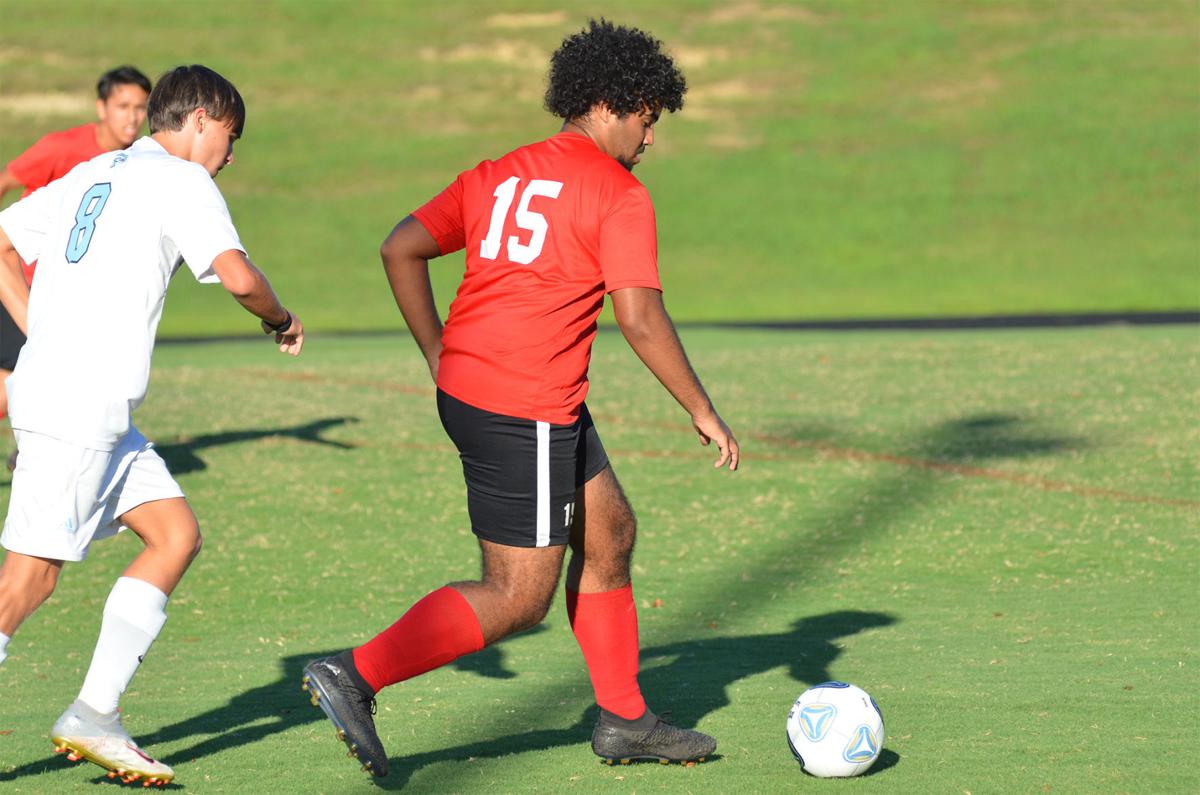 A host of Bulldogs vie for possession during last week’s game against Trinity.

Yainkro Zorrilla and Giovanni Robles look on as Thomasville moves the ball down the field during last week’s game at Allen Brown Athletic Complex.

THOMASVILLE — A pair of shutout losses to start the season on the pitch did not deter Thomasville soccer coach Brandon Staton’s enthusiasm as his team netted its first goal of the season in a 7-1 loss to Trinity on Thursday.

Despite the struggles to start the season, Staton said his young team showed marked improvement at the Allen Brown Athletic Complex even in sustaining its third loss. That growth comes after the Bulldogs were unable to take the field for an entire season last fall due to the COVID-19 pandemic.

“To have had the year off — a lot of the kids haven’t played [organized] soccer in a year and a half — and playing varsity, it’s a faster speed,” Staton said. “From the first two games, I’ve seen a huge improvement.”

Led by a senior who scored that goal, Thomasville’s soccer club is primarily made up of freshmen and sophomores who are still learning the ropes. Though he isn’t surrounded by an experienced corps of players, Pablo Rodriguez showed why he is still a problem for opposing teams, striking from about 25 feet away in the 29th minute.

Having gotten behind the defense, Rodriguez answered Trinity’s first three goals in the game’s first 11 minutes with one of his own.

“That was a ripper; it was a good shot,” Trinity coach Mike Sink said. “They got behind us, and once they got behind us, you know, it wasn’t good for us. I think, overall, they’re a good team. Thomasville makes you work, and that’s why they’re dangerous.”

The blue Bulldogs were busy early in the contest at Thomasville, with Diego Torres getting them on the board in the eighth minute. Aiden Blakely followed with a pair of goals within the next three minutes to give Trinity more than enough scoring to take home the win.

Brandon Jenkins added one more before the break, and Cooper Pollock, Andrew Cox and Jonathan Hill all tallied goals after intermission for Trinity, who were scheduled to take on East Davidson tomorrow. Barring any weather or COVID-19-related complications, Thomasville will be back in action next week at home against West Davidson.

Regardless of how conference play unfolds this season, Staton said he is revelling in simply being back in action and the improvement he’s seen in his club during the nonconference portion of its schedule.

“We’re young, and it’s early,” Staton said. “It’s nonconference and so this is what we play these games for, to see what we can do to get better, and that’s what we’re going to do. … I’m just excited, being back out here after we were cancelled.”