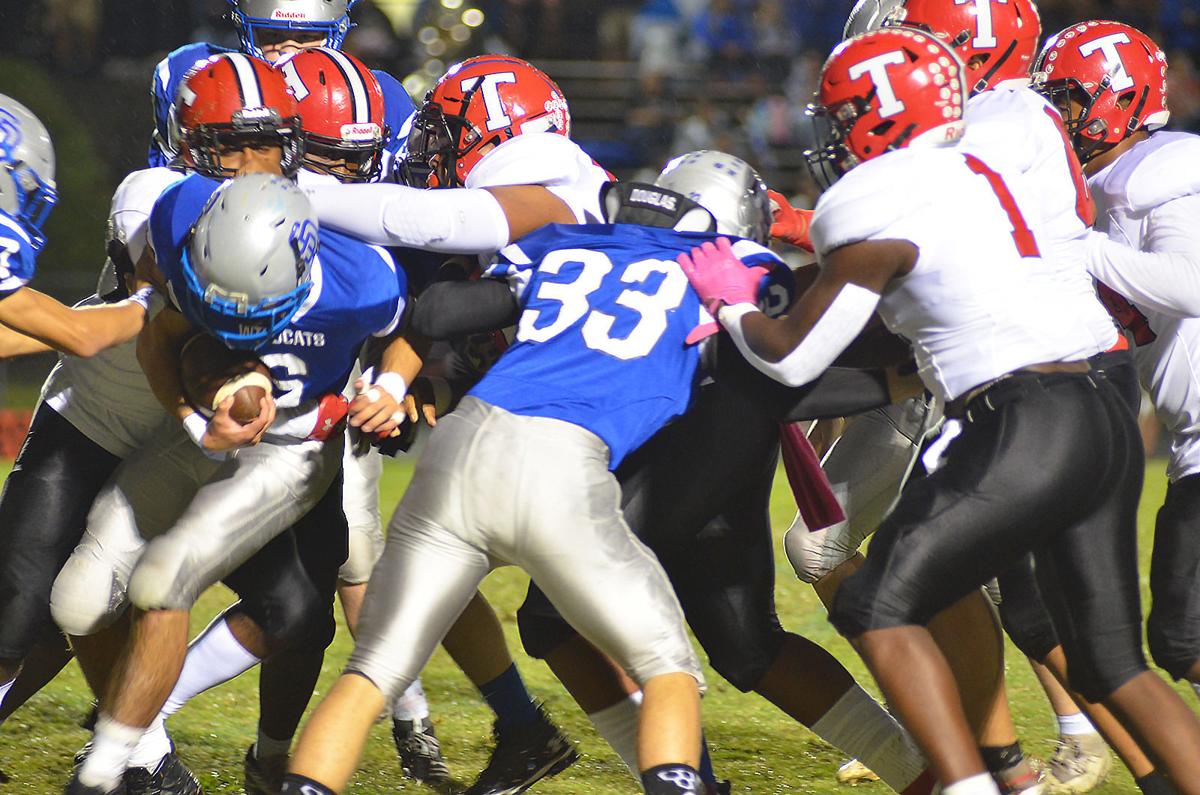 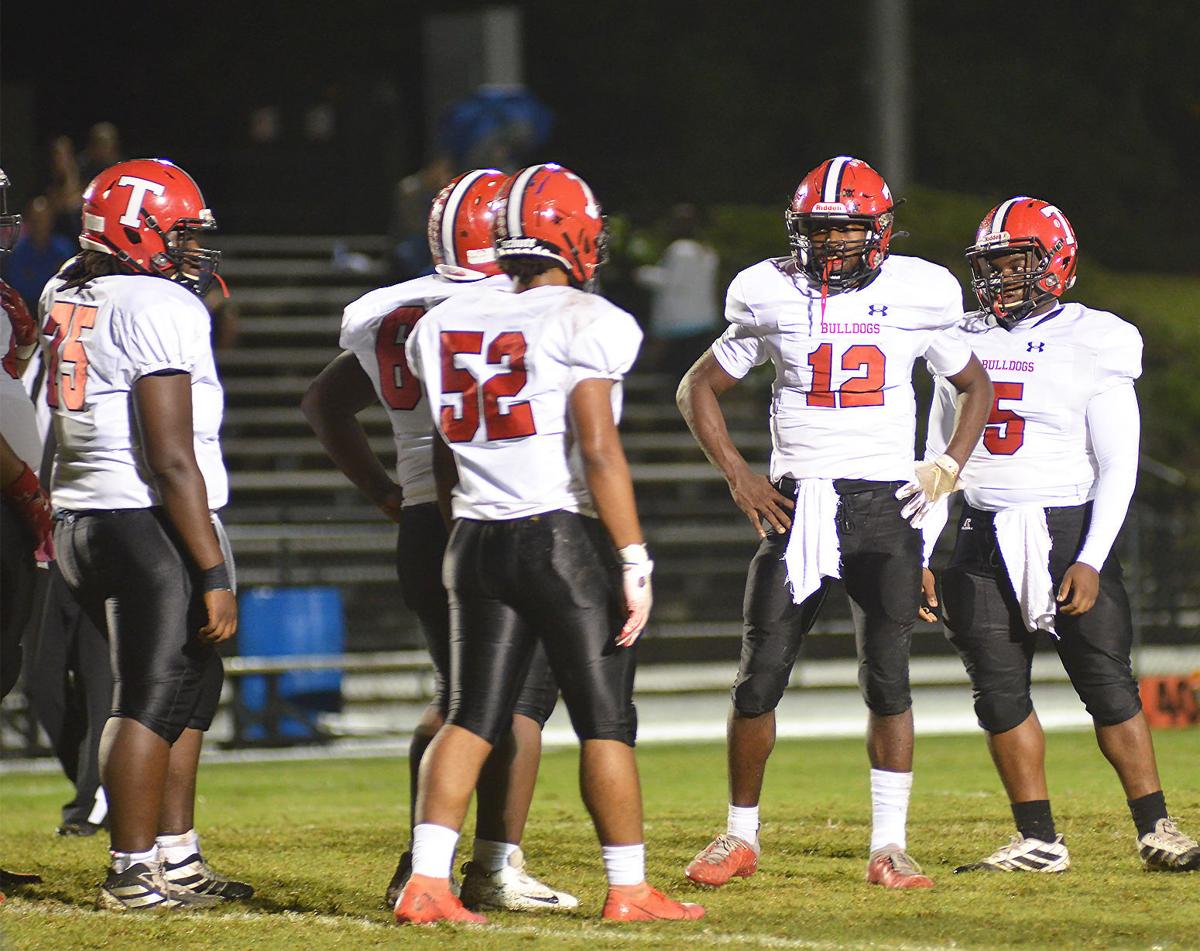 CJ Dickerson (12) looks to the sidelines for the play call during Friday’s game at South Davidson. 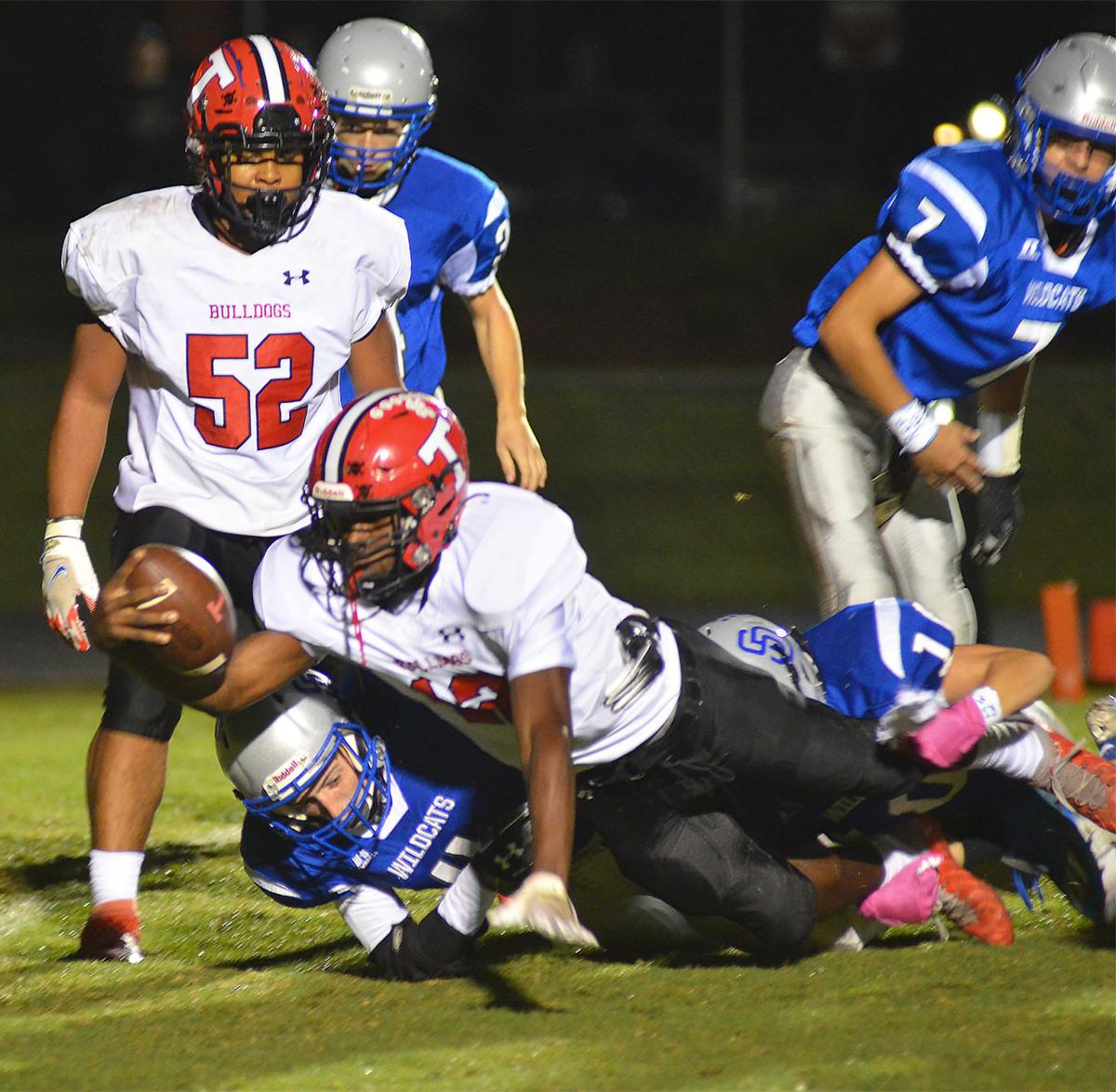 CJ Dickerson (12) extends the ball across the goal line during last week’s 63-0 victory over South Davidson.

CJ Dickerson (12) looks to the sidelines for the play call during Friday’s game at South Davidson.

CJ Dickerson (12) extends the ball across the goal line during last week’s 63-0 victory over South Davidson.

DENTON — Thomasville football has nine more days to prepare for a two-game stretch to finish a regular season that has seen the Bulldogs dominate the competition with but a single exception.

The team’s bye week came after yet another resounding win against an overmatched opponent, this time a 63-0 victory at South Davidson. When it next takes the field, Thomasville (6-1) will attempt to put together its seventh 30-point performance of the season.

The Bulldogs are set to take on East Davidson, which will enter next week’s cross-town contest aiming to right the ship after a pair of difficult losses, a one-point defeat to North Rowan and a 49-0 shutout against Salisbury. Thomasville coach Kevin Gillespie is cautioning his team against looking past the Golden Eagles regardless of what the win-loss ledger says.

“Their record is better, and they’ve been playing people tough,” Gillespie said. “I haven’t seen them yet, but … they play hard, they fly to the ball, they’re going to wad it up a little bit. I bet that’s what it’s going to be, and we’ve just got to get ready.”

The Bulldogs again scored in all three phases last week, starting the scoring early with a blocked punt 97 seconds into the game. CJ Dickerson threw for a trio of scores and ran for one, an 81-yard scamper. Jabrii Carolina added a pair of rushing scores, Lymeake Washington had two receiving touchdowns and Javaughn McKinney’s interception — one of four picks by the team on the night — went for six.

Thomasville racked up 63 points on just 32 plays and 358 yards of total offense. Dickerson accounted for 169 yards from scrimmage, Carolina had 78 and Washington added 95 combined rushing and receiving.

Given the running clock triggered midway through the second quarter, Gillespie said the game is one difficult to judge without reviewing the tape. He said the coaching staff would do just that, and then the team would turn the page. Its mission remains the same — improve daily.

“It’s hard to judge how good we played, especially when you’re scoring on defense, offense and special teams,” Gillespie said. “We’ve got some guys with some skill. Our message to them is the same. … We’re here to get better. It doesn’t matter who we’re playing, it doesn’t matter the score or the situation.”