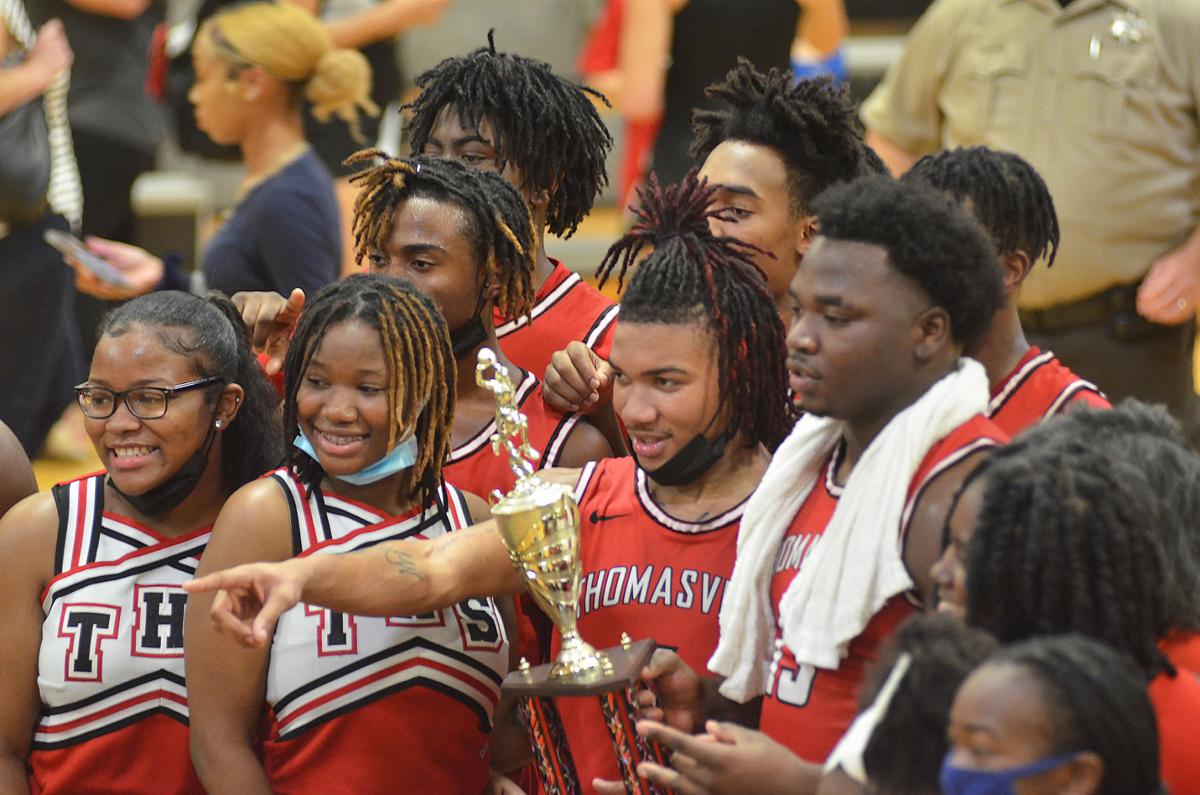 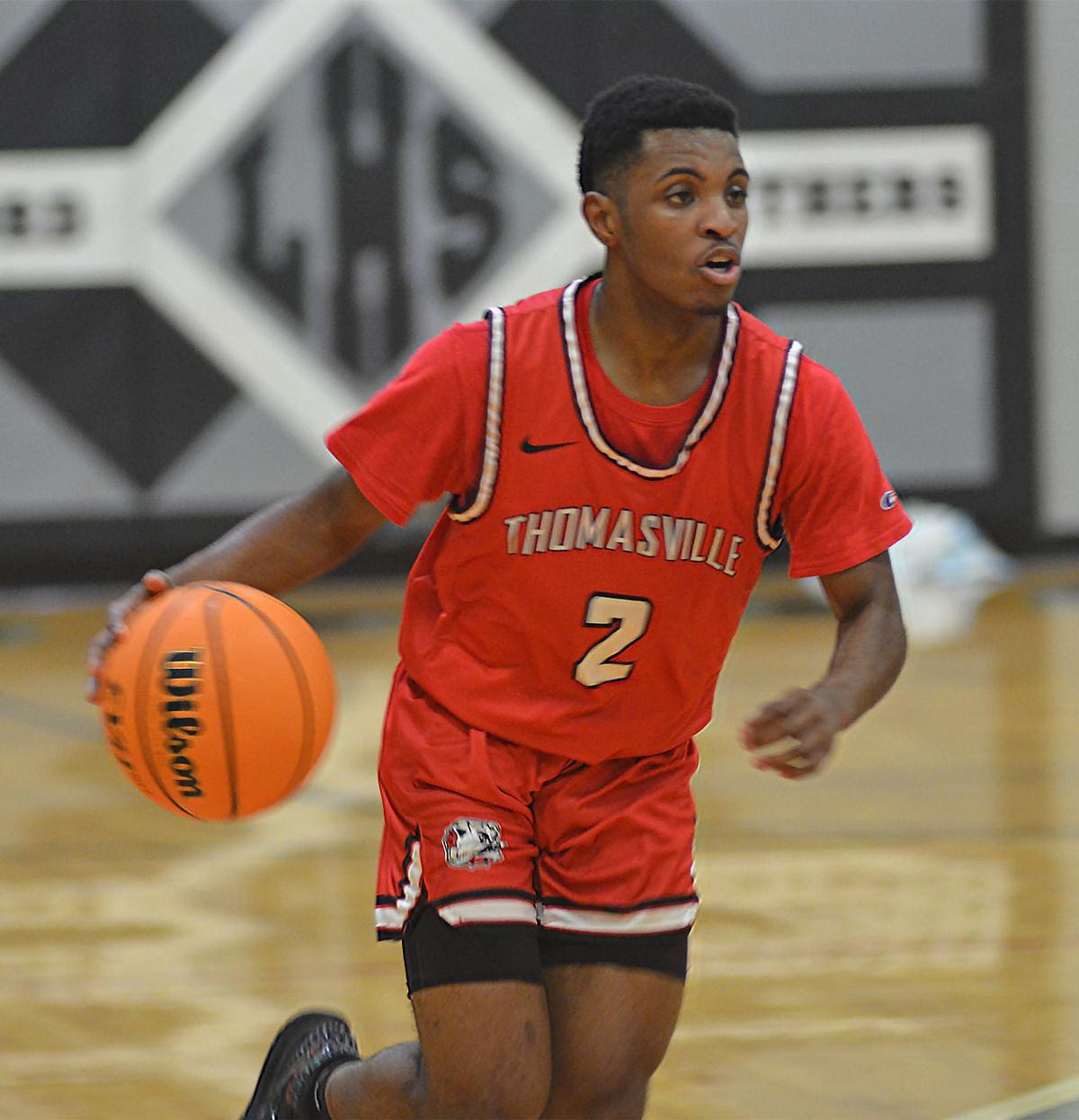 Janhri Luckey brings the ball up the floor during Wednesday’s championship final of the Davidson Randolph Christmas Classic. 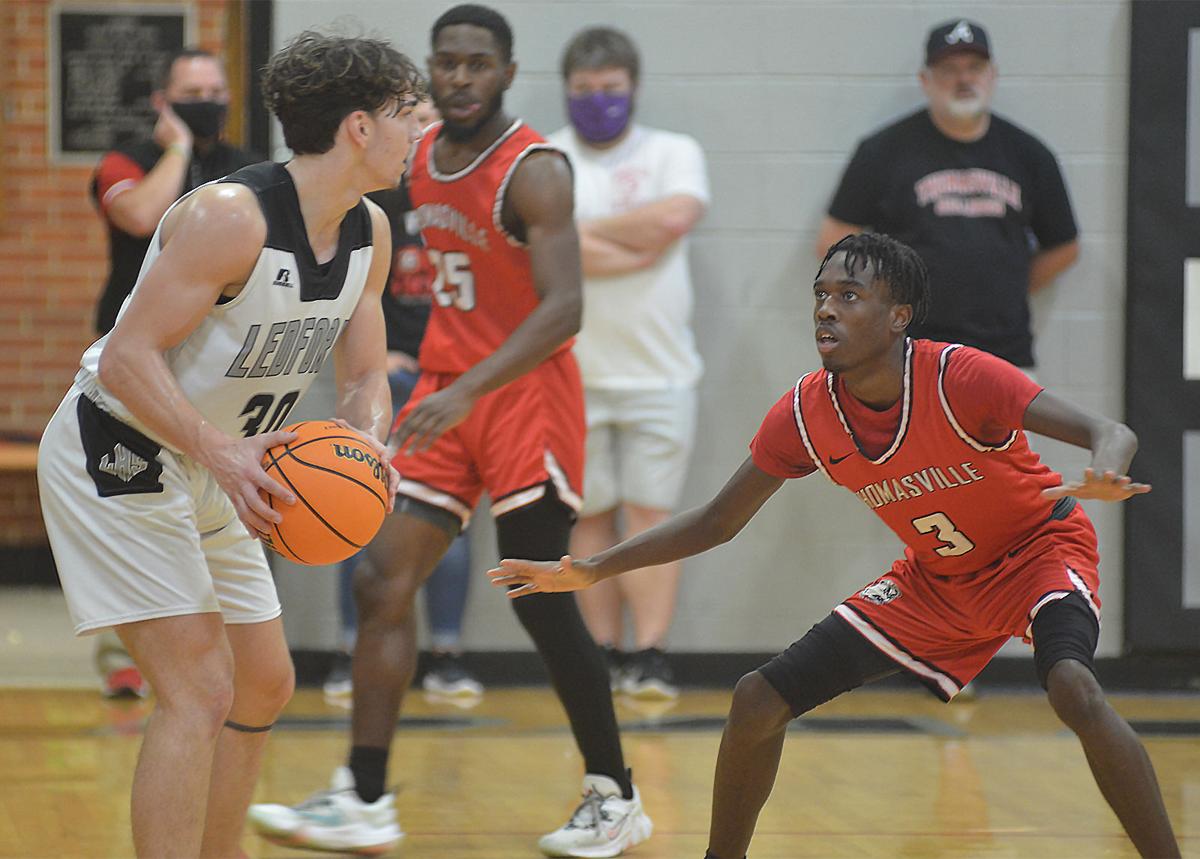 Janhri Luckey brings the ball up the floor during Wednesday’s championship final of the Davidson Randolph Christmas Classic.

WALLBURG — Thomasville basketball walked away with the 2021 Davidson Randolph Christmas Classic title on Wednesday after a 63-56 win over Ledford to cap a three-day run through the bracket’s top competition.

Janhri Luckey took top honors as the tournament’s Most Valuable Player, while Lymeake Washington led the Bulldogs in the final with 15 points. Johnathan Gladden added 14 and C.J. Dickerson had 13 for the Bulldogs.

“All the credit to our guys,” THS coach Ann Ferguson said. “They’re buying into what we’re trying to do, and they’re working their tails off in practice. It’s starting to show. We love the feeling [of winning the tournament]. Now there’s motivation to feel that feeling again. Any time you come in this atmosphere and play against Ledford, they’re coached incredibly well. You know you’re in for a fight, and so there is confidence in coming out on top.”

The Bulldogs were able to make the quick turnaround from a hard fought battle of Bulldogs the night before, having beaten a tough Trinity squad 77-70 on Tuesday night. Thomasville’s perimeter defense was tested throughout the tournament by several prolific scorers.

Trinity sophomore Dominic Payne poured in 34 points, but had to do so on a large volume of shots, as Bryce McCoy, Washington and Dickerson all took turns defending the dynamic Payne, who led all scorers in the tournament with 72 points through three games.

Trinity was in control of much of the second quarter, but Payne picked up his third foul just before halftime. That allowed Thomasville the chance to jump back to nearly even and the Red Dogs trailed by only one at the half. It was the boost the team needed to complete the comeback in the second half.

“A huge part for us was that he got in foul trouble,” Ferguson said. “Something that we’ve been talking to Jabrii Carolina about is looking to score himself more. He’s more of a facilitator at times, so I thought he had a great play to take that right at him and draw that third foul on him. That changed things a little bit.

“We had a few guys who we were able to cycle around and have different people guarding him, giving him different looks.”

Luckey hit a go-ahead bucket with 6 minutes to go to put Thomasville up 57-56. Johnathan Gladden’s 3 with 3:30 to go extended the Bulldogs’ lead to 66-61, one the team wouldn’t relinquish. Luckey finished with 26 in that one.

Able to wield a significant advantage athletically on Southwestern Randolph in the opening matchup, then utilizing its depth to wear down Trinity and Ledford, Thomasville came away with an impressive tournament crown.

“It’s no secret we want to be up and down the floor and we want it to be an up-tempo game,” Ferguson said. “We have a little bit deeper of a bench, I think, and I think that played a factor.”