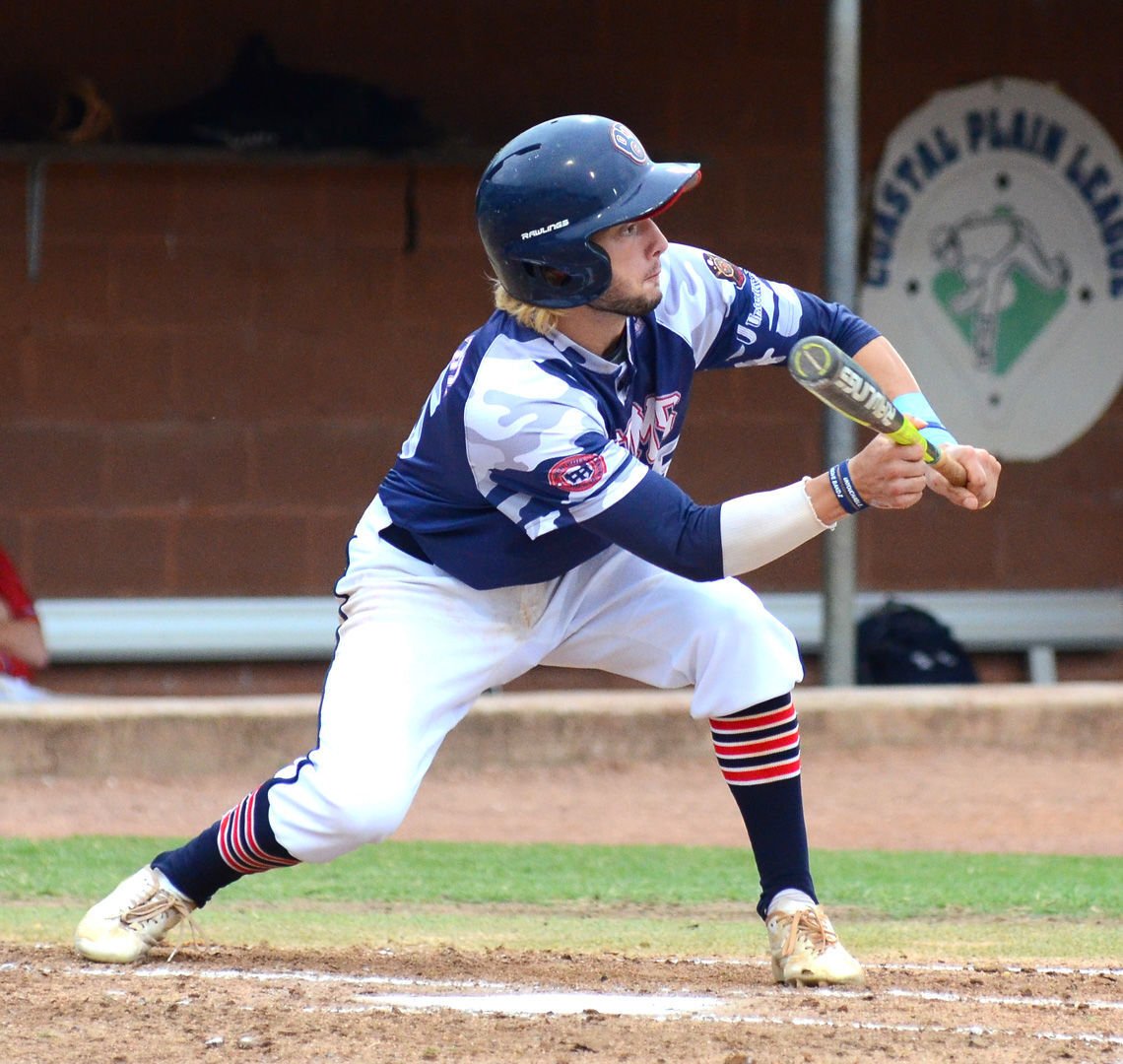 Post 87 batter Jarrett Crump leans down for a sacrifice bunt during Monday's game with Concord. 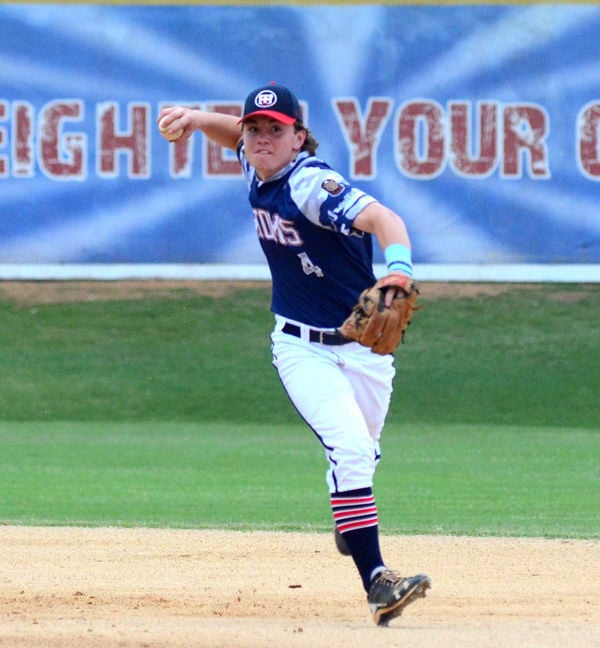 Shortstop Avery Cain makes a throw on the run for the out during the second inning on Monday.

Post 87 batter Jarrett Crump leans down for a sacrifice bunt during Monday's game with Concord.

Shortstop Avery Cain makes a throw on the run for the out during the second inning on Monday.

Down to their final out in a game filled with mistakes, Post 87 somehow found a way to prevail at the last moment.

On a 2-0 pitch with the score tied and a runner on second, pinch hitter Jackson Leck roasted a ball to the gap to drive in the winning run for a walk-off 7-6 decision against Concord on Monday at Finch Field. Players stormed out of the dugout to celebrate with Leck at second base in what was the club's fifth consecutive victory. It was a happy ending to a game that saw the shorthanded HiToms commit numerous errors in the field and on the bases.

“I think we made every effort to try and lose this game,” said Post 87 head coach Rob Shore. “We were missing six people and we needed some to play positions they normally don't play. When you are having to put people out of position like that, every single mistake can add up. But one thing these guys have proved is they are not going to quit. It was outstanding to see them continue to battle, despite all of our mistakes.”

Connor Smith began the seventh-inning rally with a bunt down the third base line he beat out for a single. He moved up 90 feet to second on a steal, but a strikeout had the HiToms down to their final out. Jarrett Crump was the last hope and he rolled a grounder towards the middle of the infield. On a tough play, the shortstop fielded it and threw over to first base on the run. The first baseman was unable to corral the low throw allowing Smith to scoot in with the tying run.

With the No. 9 hitter in the lineup due up, Shore turned to the only available reserve he had left. Leck grabbed a bat and went to the plate. A wild pitch sent Crump to second base, then Leck unleashed on a pitch that he deposited in the outfield grass to drive in the winning run.

“That was a big hit by Jackson,” said Shore. “He had surgery on his knee and did not play hardly at all at High Point Christian this year. He has been looking forward to playing this summer and today he got cleared. We were holding him for the right opportunity and he steps up there on a 2-0 pitch and drills it into the gap. That is what we need from our returners and leaders.”

Before Leck's heroics, the HiToms had to come back from deficits a couple of other times.

Post 51 lit the scoreboard first on a sacrifice fly in the opening inning, but Colin Smith's RBI double evened it up in the home half.

In the second, Mark McLamb made it 2-1 HiToms, driving a pitch to left field that plated Avery Cain, who led off the frame with a single.

Starter Colin Best found trouble in the third and Concord was able to regain the lead with two runs.

Back came the HiToms in the fourth with two runs of their own to reverse the score. McLamb collected his second RBI on a grounder to first base, followed by Tyrese Hearst's rip to center to make it 4-3.

Post 51 cranked up the bats one more time in the fifth inning on reliever Koty Proctor, tallying three runs. Two of those came on Josh Topper's two-RBI flare into shallow right field.

Post 87 pulled within 6-5 in the bottom of the fifth as Conner Smith roped a double down the right field line to score one.

After the shaky fifth inning, Proctor settled in over the final two innings. He struck out three to keep Concord from adding onto the lead to set up the last-inning rally.

“This game tells me a lot about the guys that are on the bench that don't get to play as much – that they can come in and compete against a very good team,” Shore said. “They showed me they have some moxie about them and they want to take over a position.”

Hearst, Proctor, Conner Smith and Cain had two hits apiece on the day for the HiToms.