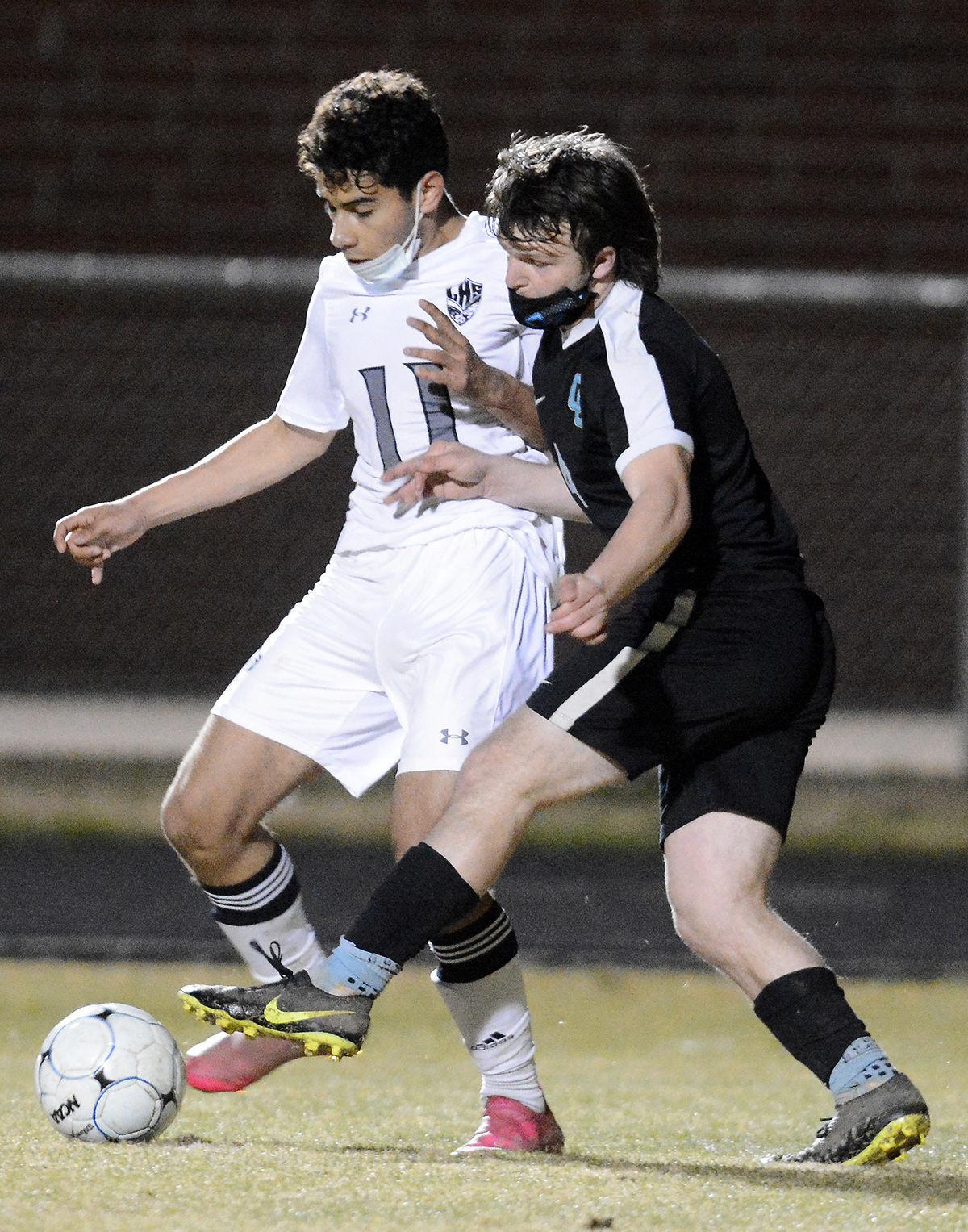 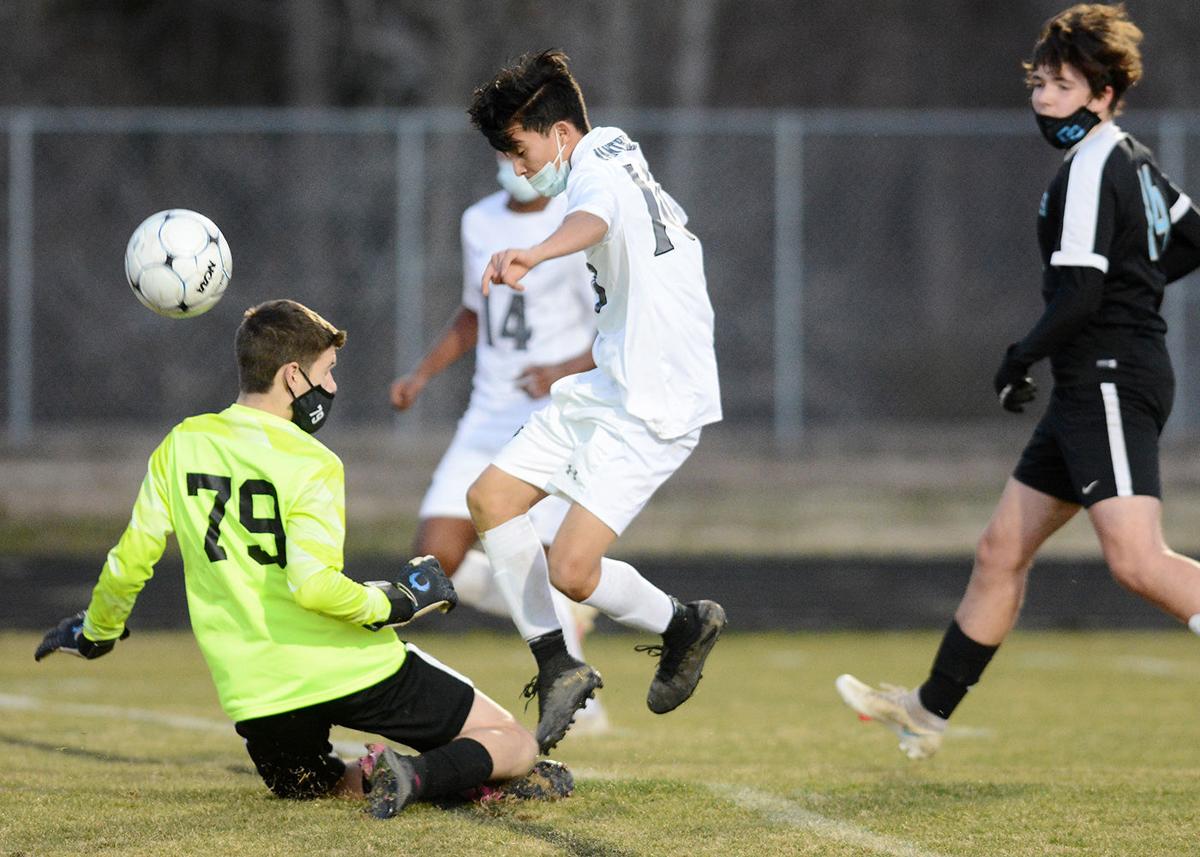 MIDWAY — Oak Grove fought to contain Ledford, but eventually the Panthers broke free to secure their place atop the conference.

After an even first half, Ledford regained the lead midway through the second half, took control with two goals in quick succession late, and beat the rival Grizzlies 4-1 in Central Carolina 2A Conference boys soccer Wednesday at Oak Grove.

“I thought we played pretty well,” Panthers coach John Blake said. “I thought they played well — they’ve really improved. We knew tonight was going to be a tough game, and I thought we played really well. We were struggling last night (against Salisbury), so we switched some stuff up and it worked. So, that was good.

“One of the keys to the game for us was to make sure we got the first and second goal,” he said of the second half. “For us, it was just the mentality. Just staying calm. I think both teams got on edge, especially toward the end. But just staying calm and collected — it was going to come.”

Carlos Contreras had two goals and one assist to lead the Panthers (9-1-1 overall, 6-0-1 CCC), who now have the clear advantage atop the conference standings with a week and a half remaining in the regular season.

Pablo Campos had a goal and an assist, while Charles Joseph Lamb added a goal and Steven Joya had an assist as Ledford, which had a couple players go into quarantine this week, regrouped after a disappointing result Tuesday.

“Honestly, I’m really proud of my team, especially coming off a tough tie against Salisbury,” Panthers senior defender Yahir Mogollon said. “We really came back and proved ourselves as the best team in the conference, in my opinion. …

Luke Long scored off an assist by Aron Disher for Oak Grove (6-3, 4-2), which, with a win, could have been in position to catch Ledford. But now it will shift its focus to locking up one of the conference’s three automatic berths for the state playoffs.

“We’re going to be fighting for that 2-3 spot,” Grizzlies coach Daniel Baker said. “They’re a good team over there — well-coached. And they’re going to have that top spot locked up, with only having the tie on their record.”

A month ago, Oak Grove lost to the Panthers 10-1 in an early-season nonconference match at Ledford. So, to turn around and be tied in the second half of a hard-fought match with conference and playoff implications, was a big improvement.

“It just shows a lot of fight for the team and a lot of commitment through the hard work and the intensity,” Baker said. “A lot of people don’t understand the hard work that goes in on the practice field and the bounce-back.

“It’s the grueling day-in and day-out and not letting one game carry over to the next — it really has sparked that. I think losing to them the first time gave us a new energy — like, ‘OK, we just can’t show up and compete. We’re going to have to put some of that effort forward.’ ”

The Panthers took the lead in the 11th minute when Oak Grove couldn’t clear the ball from near the goal and Ledford finished. But the Grizzlies answered in the 18th minute when the ball came across for a shot from the left side, and the teams remained deadlocked 1-1 into halftime.

Ledford broke the tie in the 59th minute, winning the ball inside midfield and sending a sliding shot into the lower corner. It tacked on goals in the 70th minute — taking a pass ahead and just barely slipping a shot through the goalkeeper — and in the 71st minute — finishing on a ball up the left side.

“Honestly, it was nothing else besides our perseverance,” Mogollon said of the difference in the second half. “We didn’t let the goal or the game or the score get in our heads. We just decided to play our type of soccer, and we came out successful in that.”

Cooper Reich made five saves in goal for the Panthers, who outshot Oak Grove 18-11 for the match, while Aiden Daugherty made eight saves for the Grizzlies.