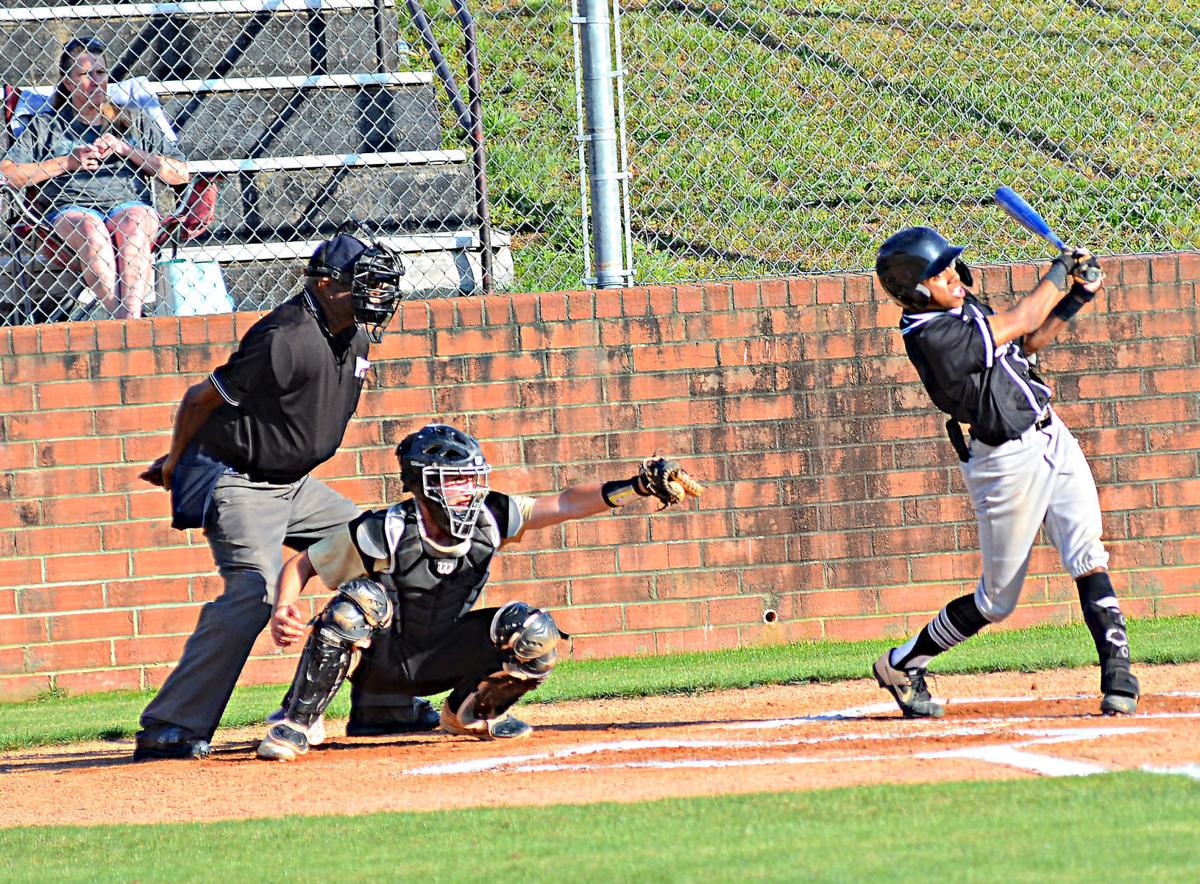 Ledford’s Devin Villaman (3) takes a swing at a pitch during Tuesday’s game at East Davidson. 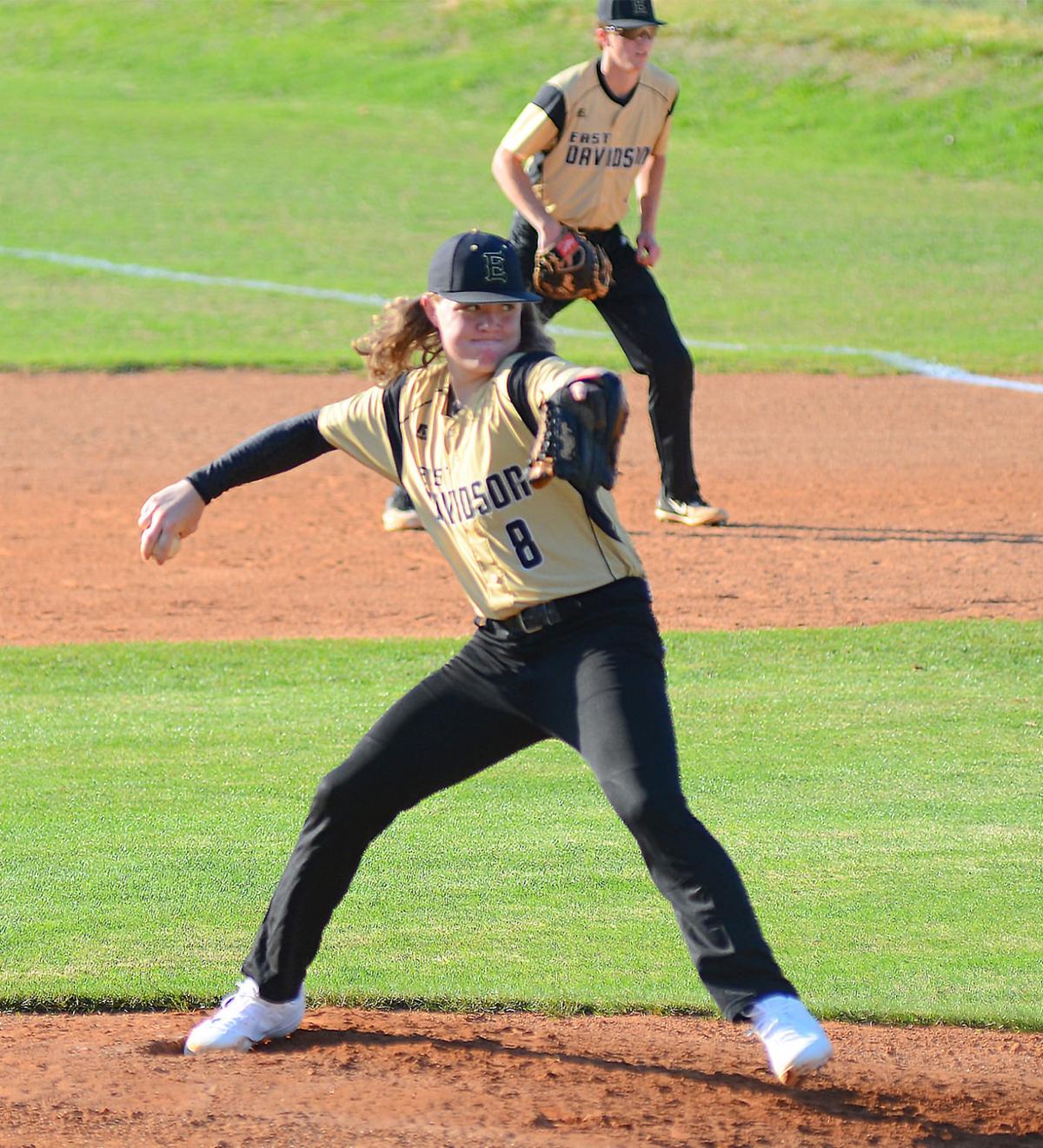 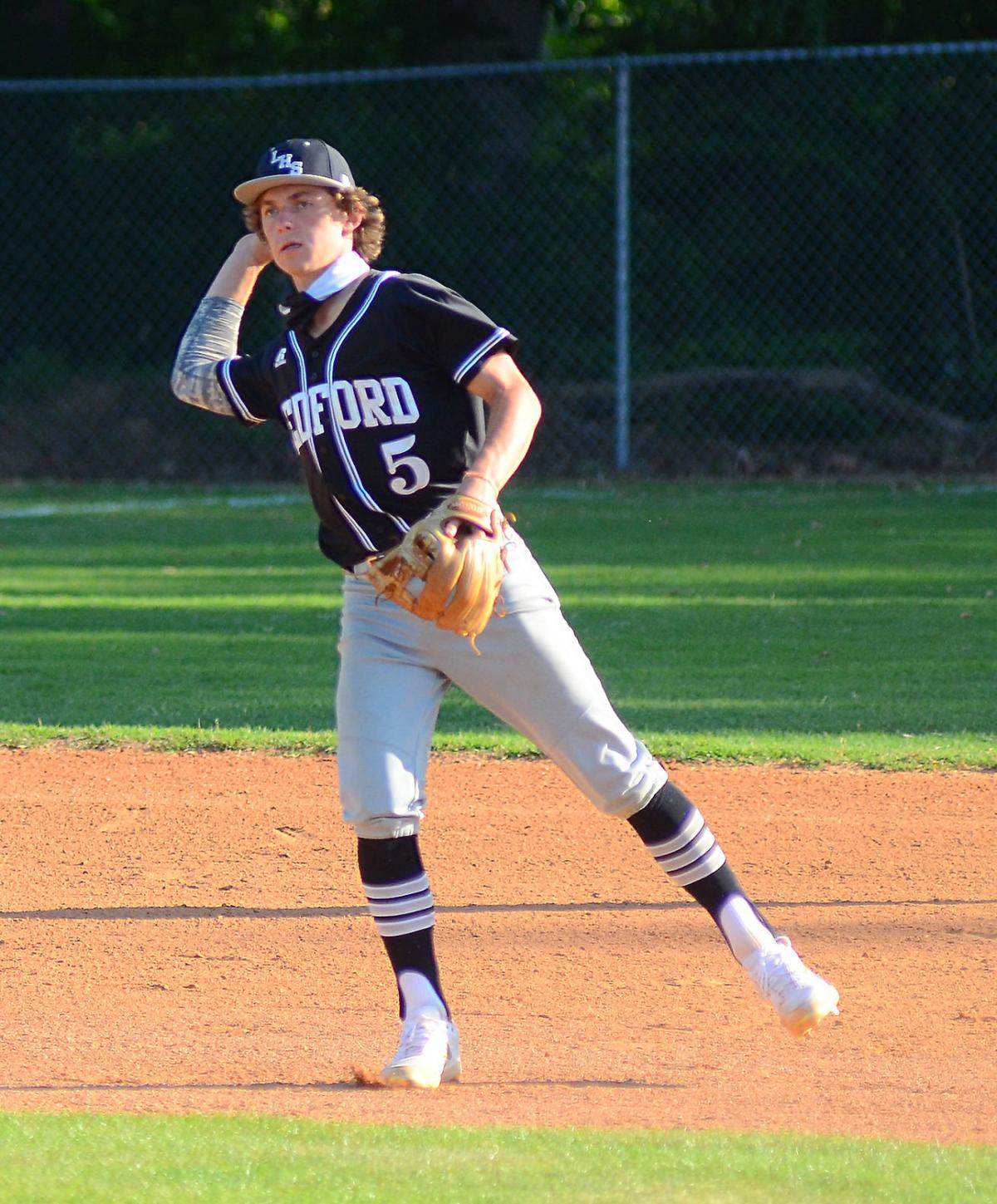 Ledford’s Walker Bethune (5) fields a grounder and throws to first during Tuesday’s game against East Davidson. 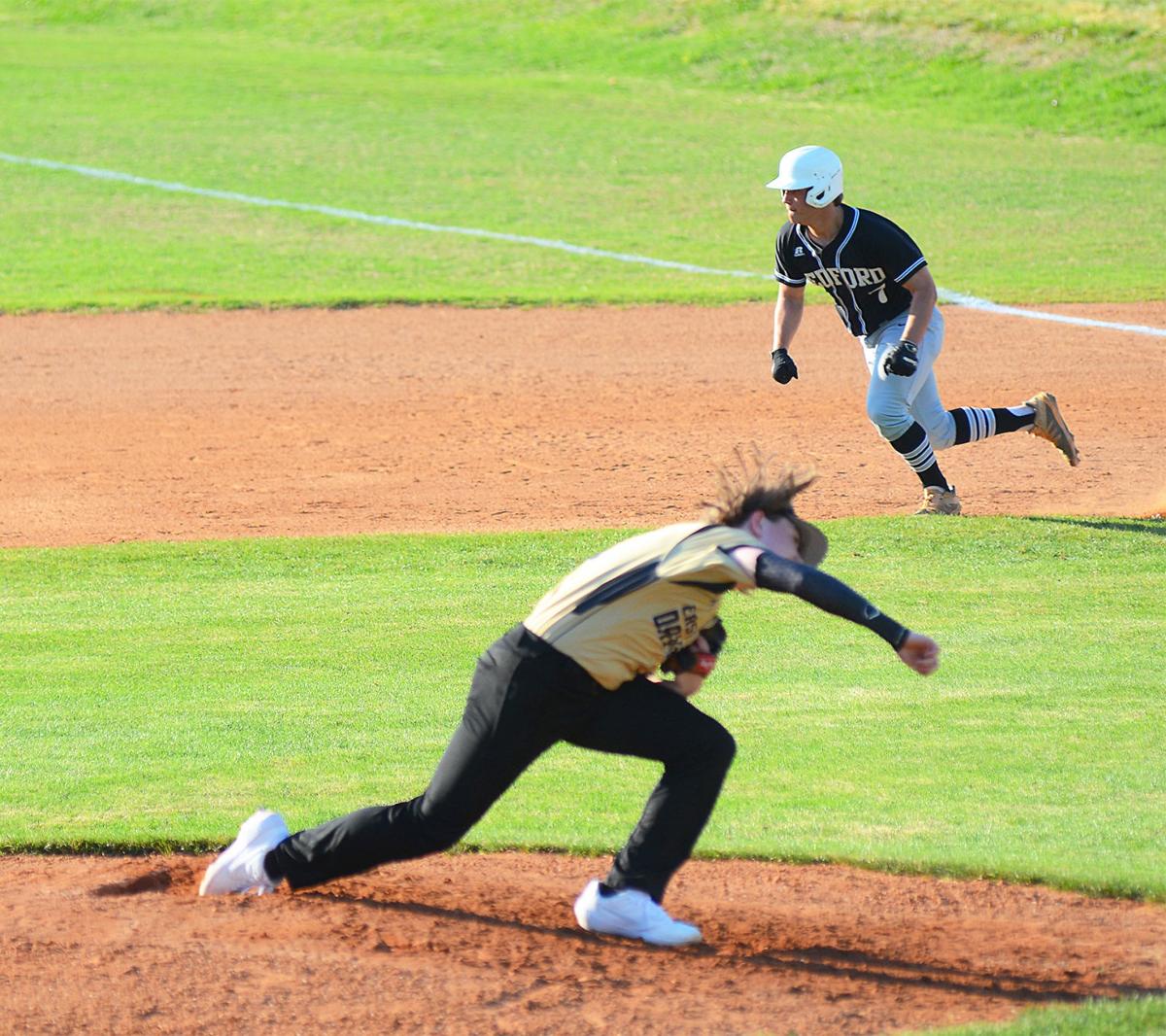 Ledford’s Bailey Smith (7) takes off to steal second base as the Golden Eagles’ Brannon Williamson throws a pitch in this week’s conference matchup.

Ledford’s Devin Villaman (3) takes a swing at a pitch during Tuesday’s game at East Davidson.

Ledford’s Walker Bethune (5) fields a grounder and throws to first during Tuesday’s game against East Davidson.

Ledford’s Bailey Smith (7) takes off to steal second base as the Golden Eagles’ Brannon Williamson throws a pitch in this week’s conference matchup.

THOMASVILLE — On a night where the bats were relatively quiet, Ledford’s offense did just enough to squeeze out a tense, one-run victory over rival East Davidson.

The Panthers scratched for solo runs in the third and fifth innings, and the pitching staff took care of the rest to close out a 2-1 win in Central Carolina Conference play Tuesday evening. A combined five hits were all the two clubs could muster up offensively, as the pitching staff stole the spotlight.

Bailey Smith (3-0) worked four innings on the bump, striking out six while allowing just the one run to get the win. Gavin Sentell completed the final three in relief, with five strikeouts to pick up the save.

Brannon Williamson was just as strong for the Golden Eagles in the losing effort. He tossed six complete innings, striking out four while allowing the two runs.

“We hung in there with pitching,” said LHS skipper Chris Adams. “Bailey was gritty and battled, and then Gavin came in and did what he’s been doing. I don’t think we had our best stuff hitting, but we did find a way to win and that is all you can ask for.”

Both of the Ledford runs were aided by some help from East.

In the third, a throwing error allowed the leadoff hitter to get aboard the bases. After two quick outs, Owen Finley singled to left field to keep the inning alive. A wild pitch advanced both runners, leading up to a short, but effective, hit from Smith that would put a tally on the scoreboard.

The junior hit a tapper that rolled about 20 feet down the line toward third base. The Eagles were unable to make a play on it in time, as Brody Ray charged home to put the Panthers up 1-0.

In the bottom half of the frame, East evened the score with LHS being generous this time.

Tyler Welch reached on a one-out single and advanced to second on a botched pickoff attempt by the catcher. Welch would steal third and trotted home on a balk.

A mostly silent fourth inning was followed by an eventful fifth that only produced one run. That lone run turned out to be an important one.

Sentell walked with one out, and Devin Villaman followed that up with a bunt single to put pressure on the Eagles. Williamson got the next batter out, but he could not do the same with Smith, who found a hole on the right side of the infield for an RBI single.

“That is timely hitting,” said Adams. “We had to have it because they made some plays defensively on some balls we hit hard.”

Ledford had the lead back, but it was far from being safe. Smith walked the first two batters in the bottom of the fifth and was lifted for Sentell. In a tough spot, with two on and no outs, Sentell came up big. He got the first batter to fly out and then sent the next two back to the dugout with strikeouts to end the threat.

“That is a senior stepping up and getting it done,” Adams said. “We brought him in there in a tough situation, but he is our closer and the guy we bring in to slam the door. I was proud of the effort he gave. He had to bring his best and he did.”

East head coach Dan Patton saw the moment as a missed opportunity for his club, but was pleased to see them battling with a quality opponent.

“It is hard to beat good teams if we can’t get clutch hits with runners in scoring position, especially when you are playing a really solid team,” he said. “We were right there, so hopefully the boys understand how close they were.”

East did put two more runners on in the sixth, but Sentell calmly retired the final batter to maintain the one-run lead that would hold up in the seventh.

“I am proud of the fact that we got the win on a night we didn’t play our best,” said Adams. “This is a tough league and with the season being so short and only getting to play everyone once, every game is so critical and you can’t have any slip-ups. Hopefully, we will see some improvements moving forward.”