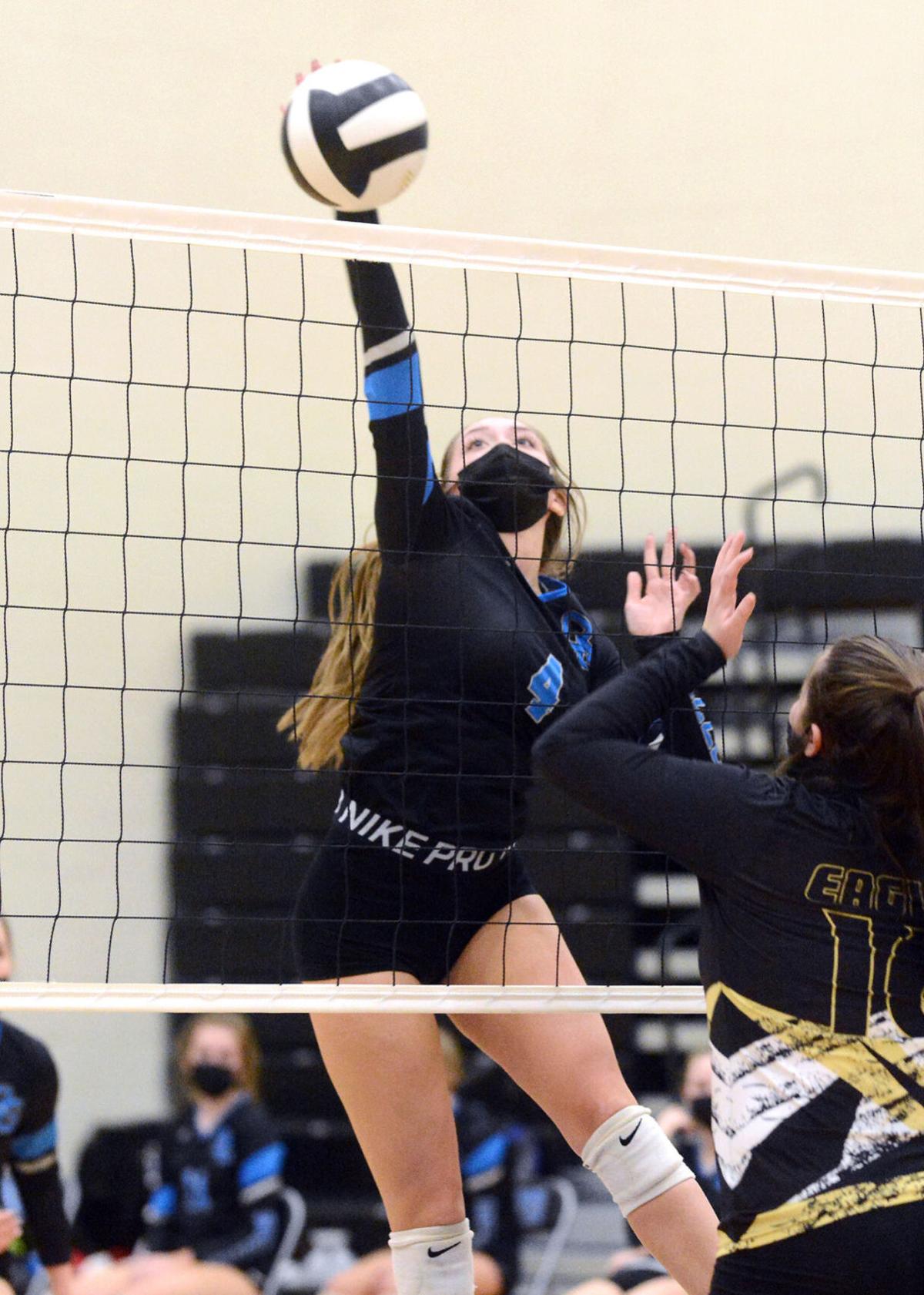 Oak Grove’s Skylar Reich spikes the ball during Monday’s match against East Davidson at Oak Grove in the Central Carolina 2A Conference tournament. 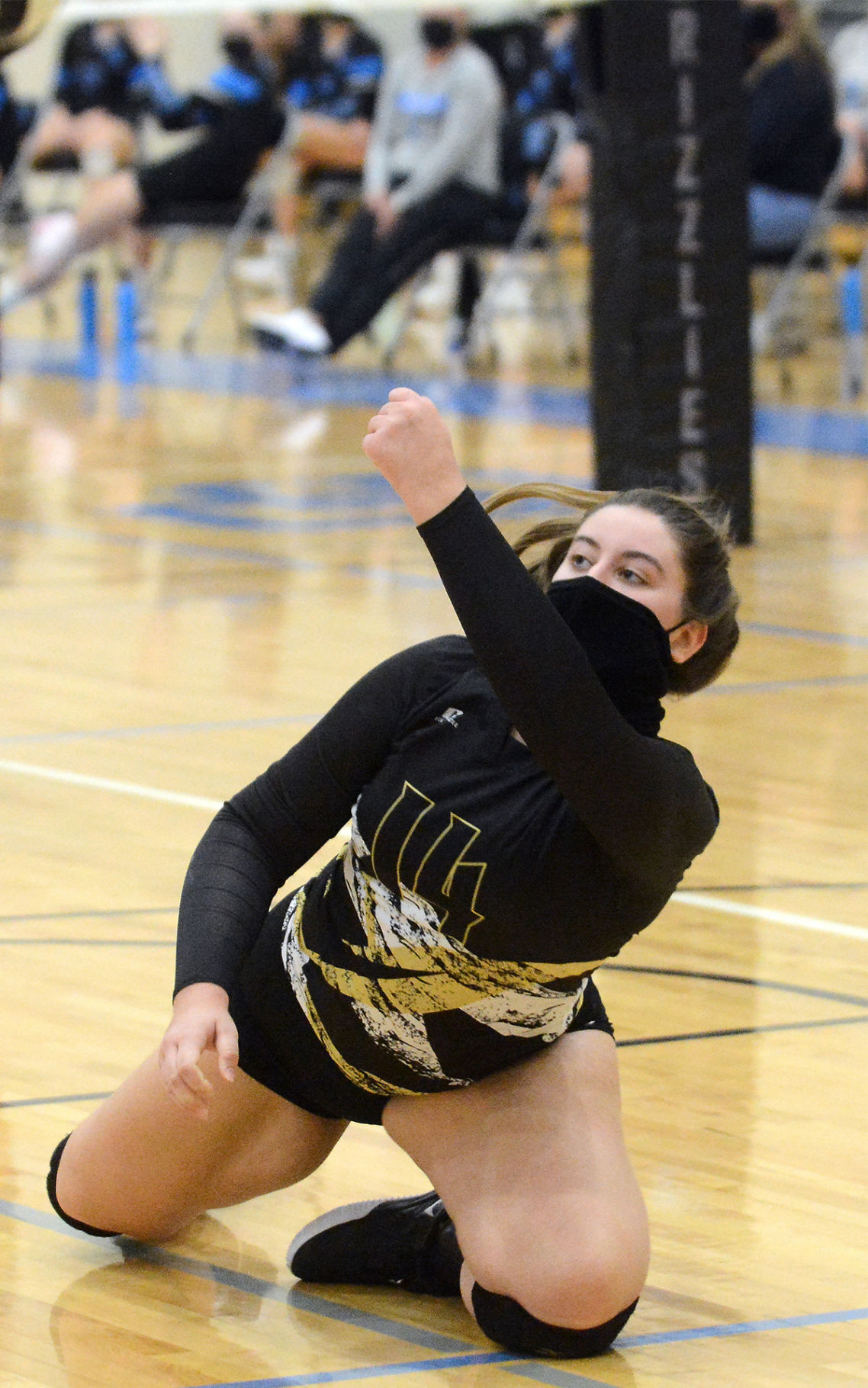 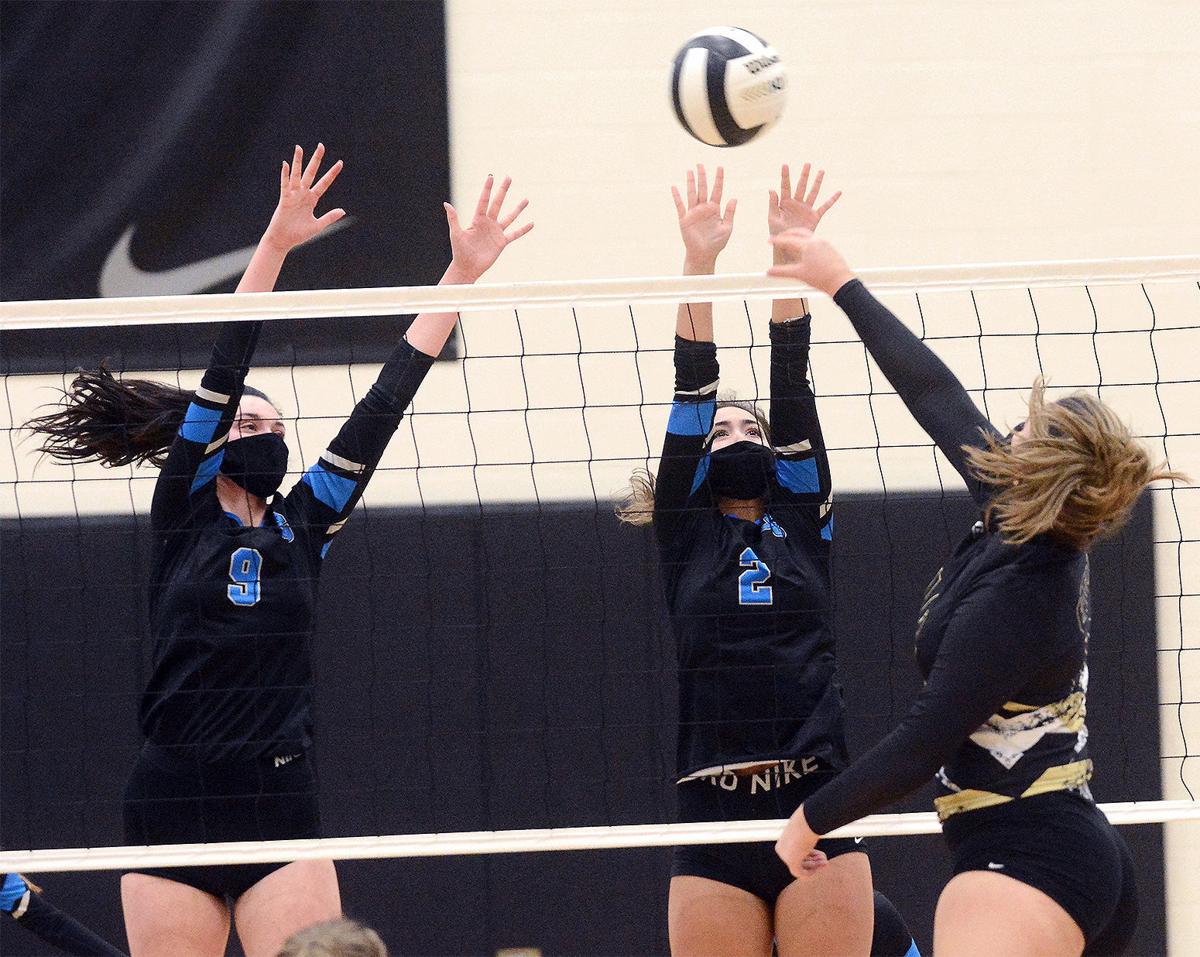 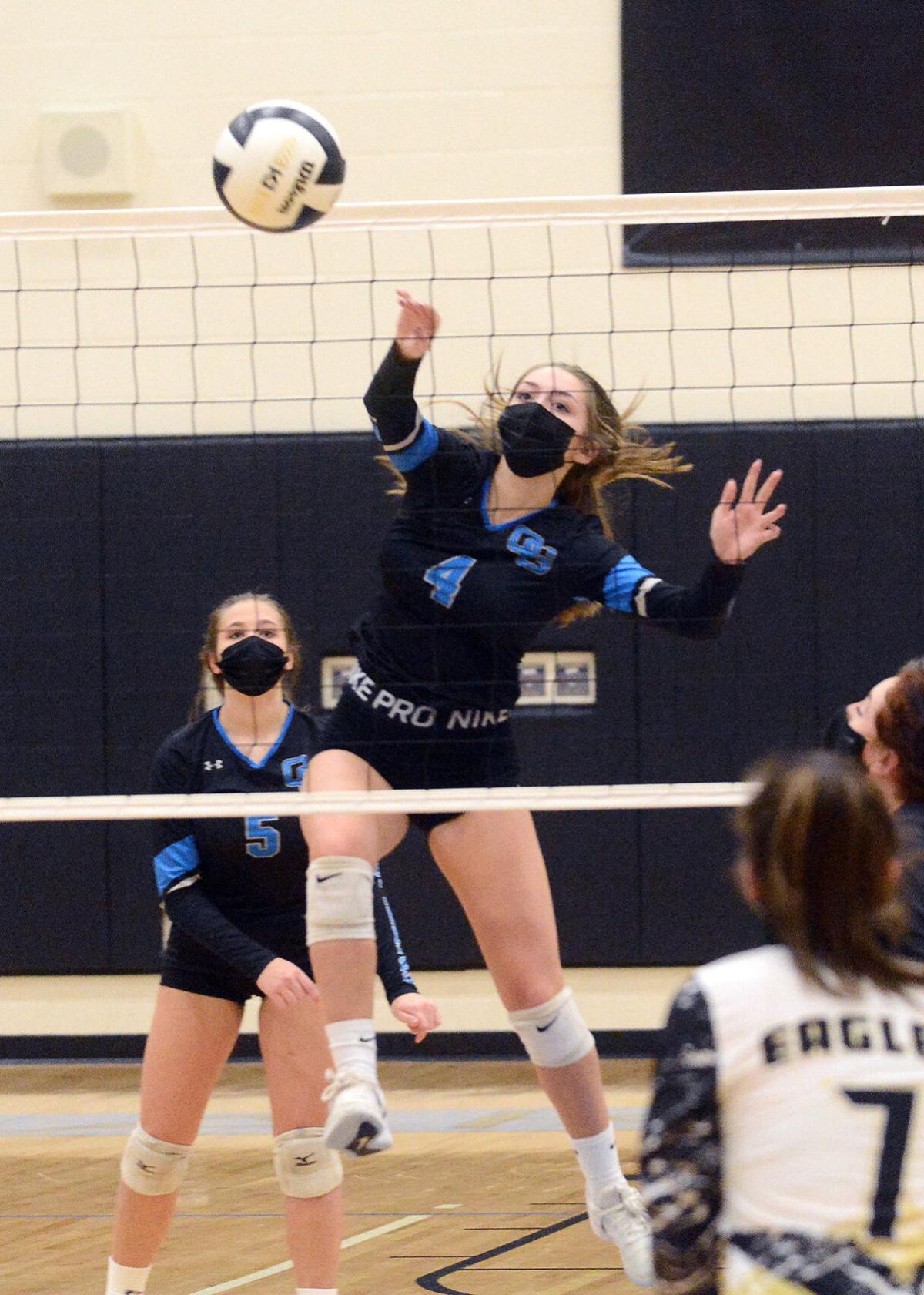 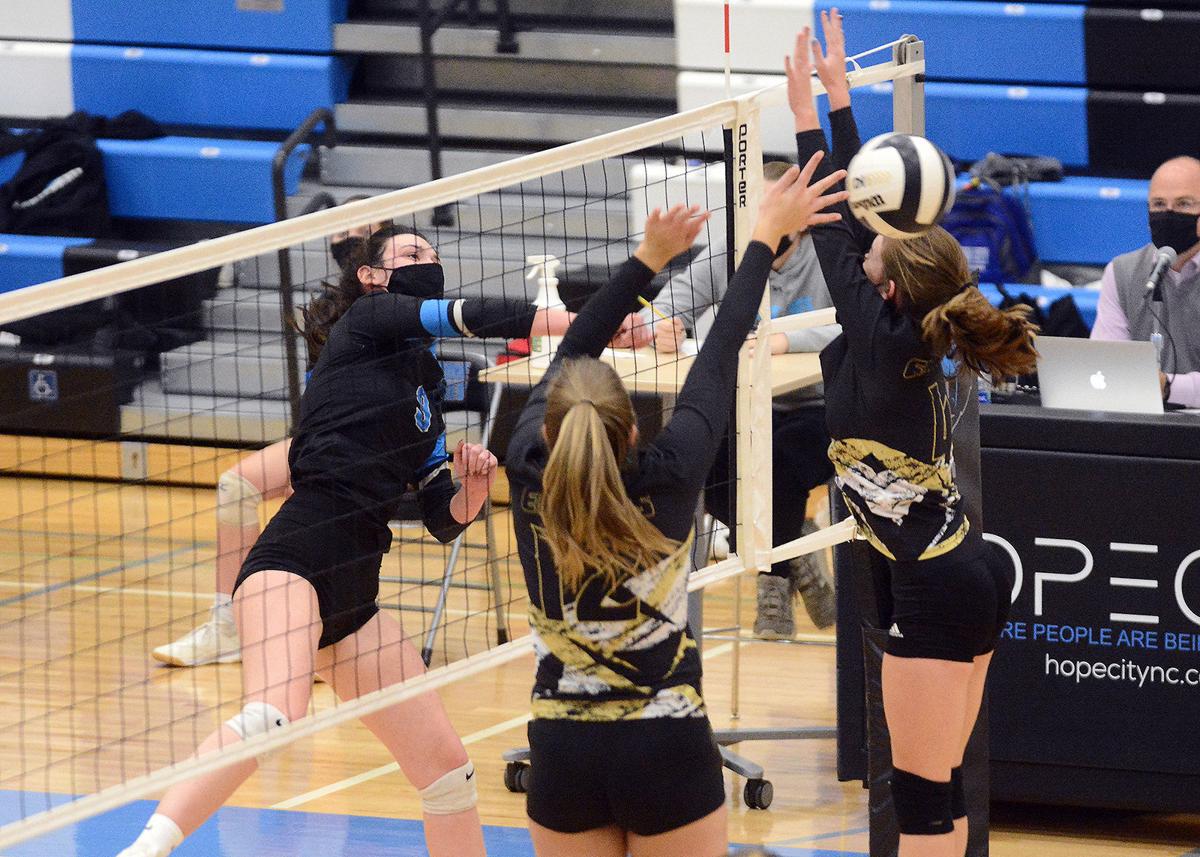 Oak Grove’s Skylar Reich spikes the ball during Monday’s match against East Davidson at Oak Grove in the Central Carolina 2A Conference tournament.

After the Eagles built an early sizable lead,the second-seeded Grizzlies recovered well and found their stride in beating seventh-seeded East 25-17, 25-14, 25-17 this week at Oak Grove in the quarterfinals of the Central Carolina 2A Conference volleyball tournament.

“Playing with few fans, it’s tough getting started,” Oak Grove coach Cherie Bowman said. “Monday’s never a good day either. But once we get rolling, I’ve got all the confidence in the world in these ladies.

“Games two and three, I feel very good about that. It put us where we need to be ... and we’ll take it from there.”

“I thought we played really well,” said Reich, a senior middle hitter. “We obviously started out slower, but, like Coach said, Monday games are always difficult for us. Usually we start out a little slower and ease into our games. Second and third games we usually do better.”

Lyndsay Reid had 10 kills and seven digs for the Golden Eagles (3-8), who took eight of the first 10 points to start the match, won hard-fought points throughout the match and kept alive balls that’d normally be points. Kara Mahan added 14 assists and six digs.

“I thought we played one of our better games,” Golden Eagles coach Kim Warrick said. “We were scrappy and got after it, so it was all right. We started out well. I thought sometimes we were a little bit out of place maybe on our defense, but other than that I thought we scrapped hard after them.”

After falling behind early, the Grizzlies used a 9-2 run to take a one-point lead midway through the set and then closed the set with an 8-1 run to lead the match 1-0. Playing much better in the second set, they quickly led 10-2, used an eight-point run to lead by 15 late and closed out the set to lead 2-0.

East stayed within reach early in the third set, but Oak Grove used a seven-point run midway through to lead by nine. A kill by Manring finished off the match, sealing the Grizzlies’ fifth straight win as they gear up for the state playoffs.

“The biggest thing for us is energy,” she said of starting the postseason. “Staying loud and positive. Sometimes we get down on ourselves, and we just need to bring that up. Bad calls — we get stuck on that. So, we just need to bring ourselves up as a whole. But overall if we keep passing and hitting like we normally do and our sets are perfect, then we can be spot-on.”

At press time, the schedule and pairings for the NCHSAA state tournament had not been finalized.