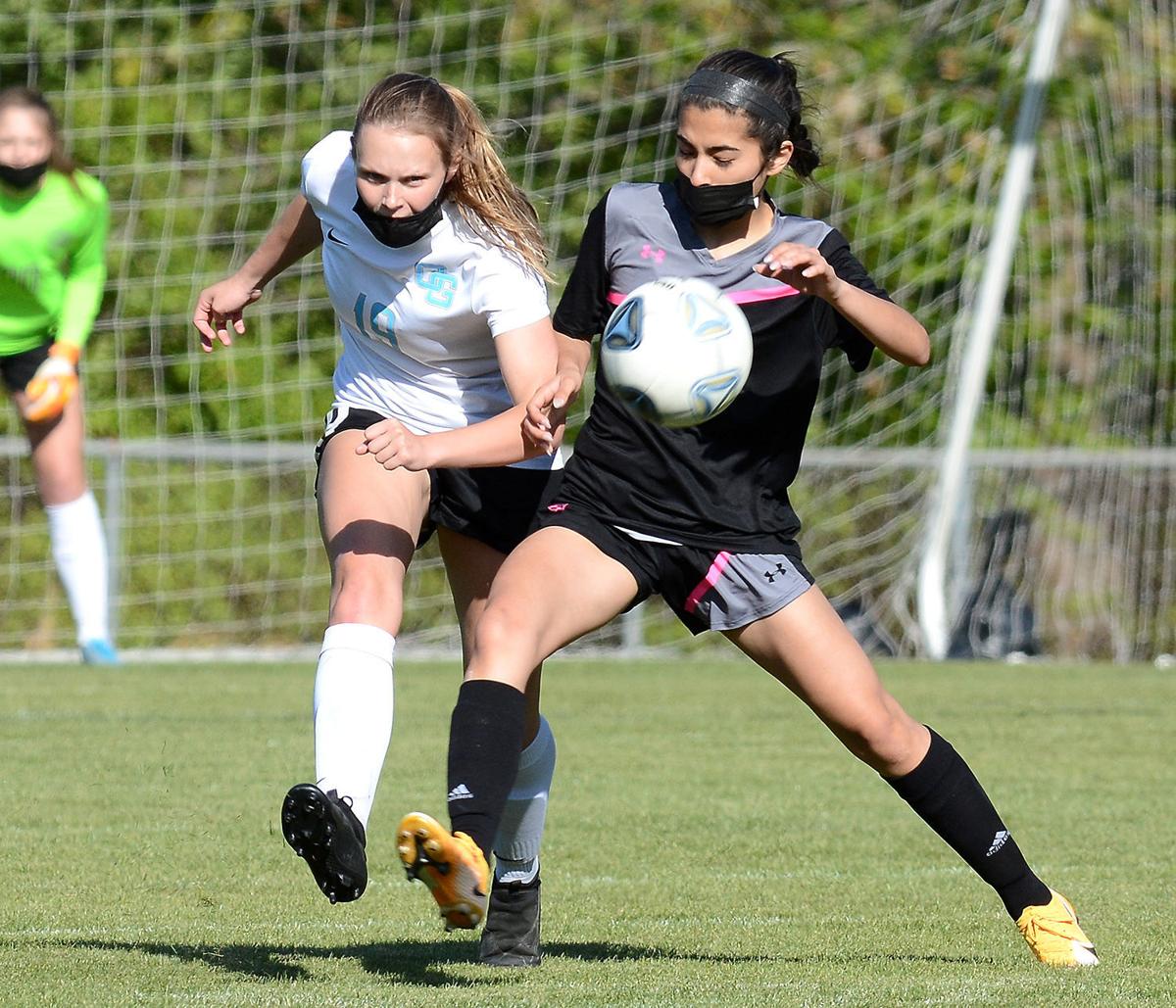 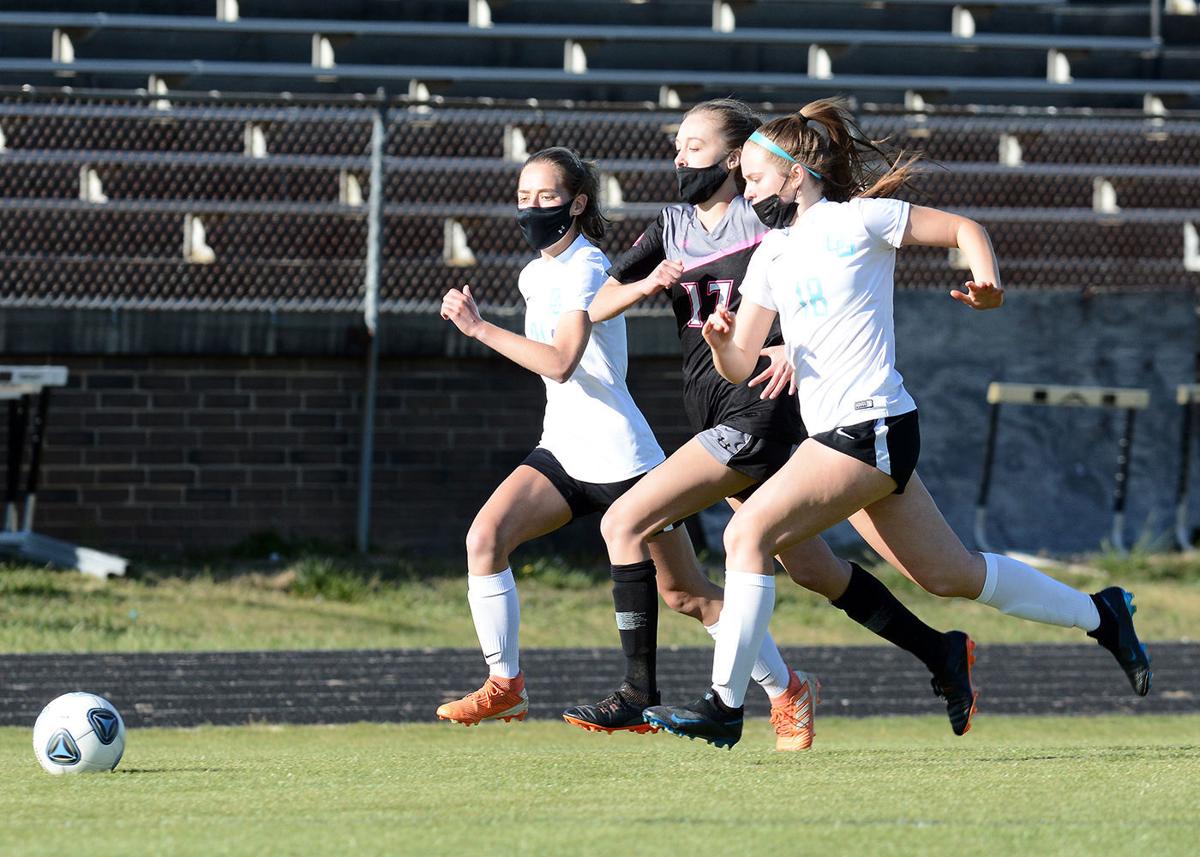 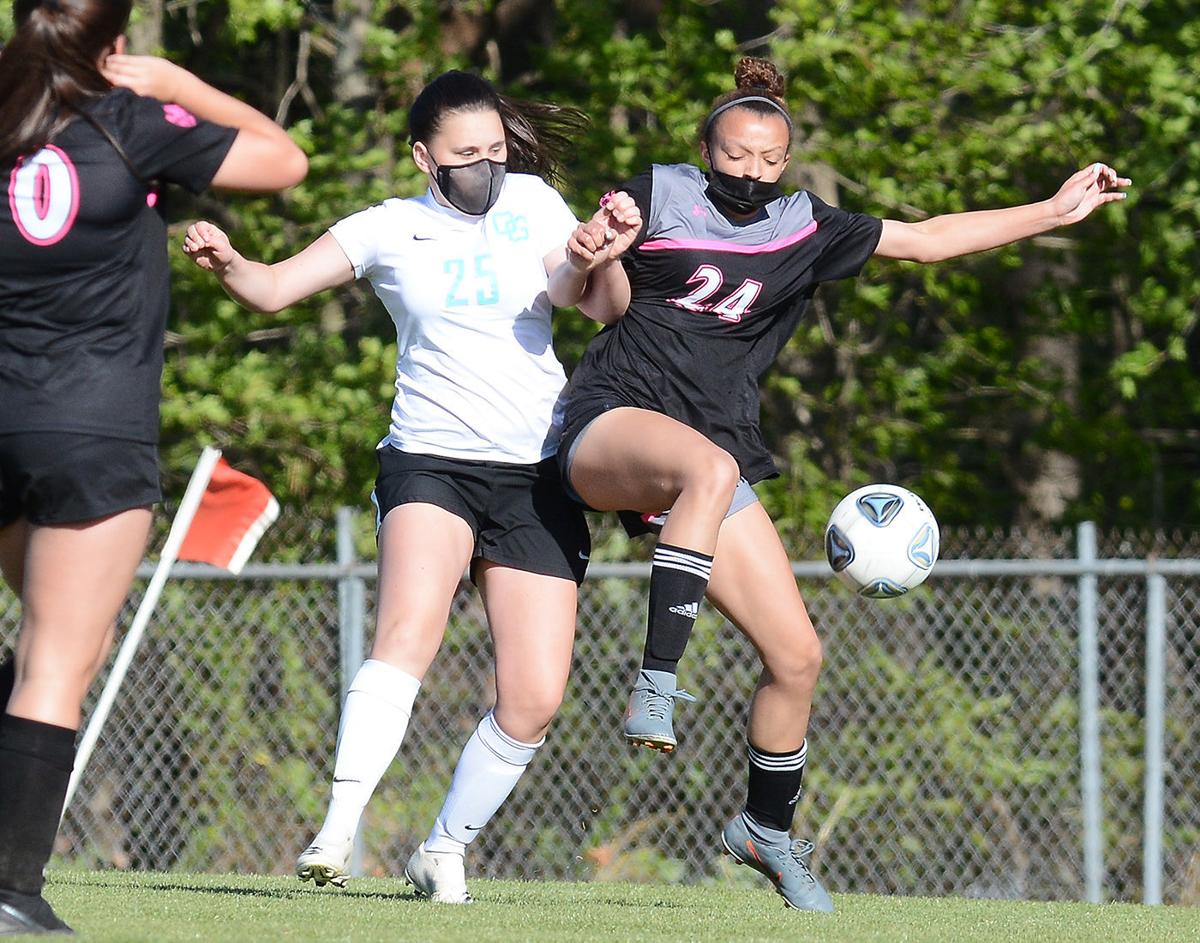 The Grizzlies scored twice in the opening five minutes and rolled the rest of the way to a 6-0 victory against county rival Ledford in Central Carolina 2A Conference girls soccer on Wednesday evening at Ledford.

“I thought they did really well,” Oak Grove coach Hilary Lytle said. “It gave me a good chance to get some younger players in, give them some minutes. I saw a lot of good things coming from the team tonight. Just a good end to the season, for sure.”

Haley Long had three goals and an assist to lead the Grizzlies (7-3 overall, 4-3 CCC), who also won the teams’ earlier nonconference meeting by the same score. Chloe Koper added two goals while Skylar Coogle had one.

Peyton Gerrard also had an assist as Oak Grove, which outshot the Panthers 19-1 for the match, worked the ball well against the defense to create dangerous chances near the goal that it converted to lead 4-0 into halftime.

That allowed the Grizzlies, who have four seniors and 13 freshmen and sophomores on their roster, more opportunities to work in their reserves for much of the match.

“It’s great. I always love seeing results, and I love being able to put younger players out there and have them take those leadership roles, be vocal and have those same results our veteran players are giving.”

Long opened the scoring in the second minute, chipping in a centering pass in front of the goal, and Koper followed in the fifth minute, scoring off a corner kick to the far post.

Koper scored again in the 14th minute, lofting a shot from the left side over the goalkeeper, and, following a handball by the goalkeeper, Long converted a free kick from just outside the penalty area in the 32nd minute.

In the second half, Coogle scored on a high shot into the crosswind during the 44th minute, and Long tacked on her third goal of the match in the 71st minute, when she won the ball in the middle and arced in a long shot.

Ledford (0-9, 0-5), which features five seniors and 10 freshmen and sophomores, had stretches of solid play — particularly during the second half. The biggest thing, coach John Blake said, is to just keep growing and learning.

“I thought first half we didn’t play great, but second half we played pretty hard,” he said. “Our effort was better, they did what they had to do and we were just outmatched.

“We just want to make sure we’re progressing. I think we’re doing that. We had a good match against Salisbury (which is in first place) the other day. We just keep getting better, and a lot of our young girls are playing well.”

Avery Ray (one save) picked up the win in goal for Oak Grove, which concludes its regular season Wednesday at East Davidson. Lacie Williams (three saves) and Aynsley Bruff (one save) split time in goal for the Panthers, who will play their final two matches next week.