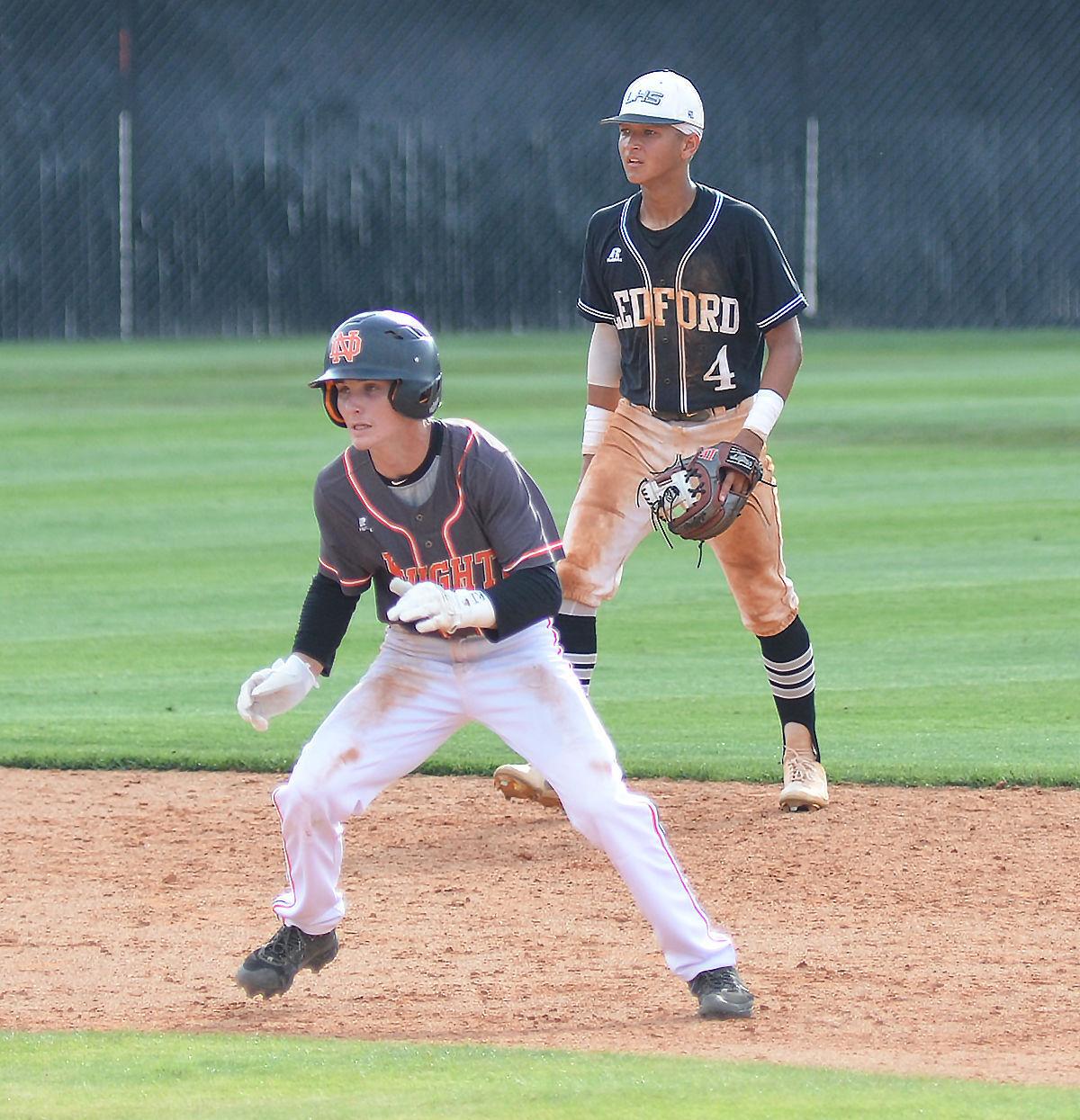 Ledford’s Gavin Sentell (4) plays behind the runner last week during the Panthers’ game at North Davidson. 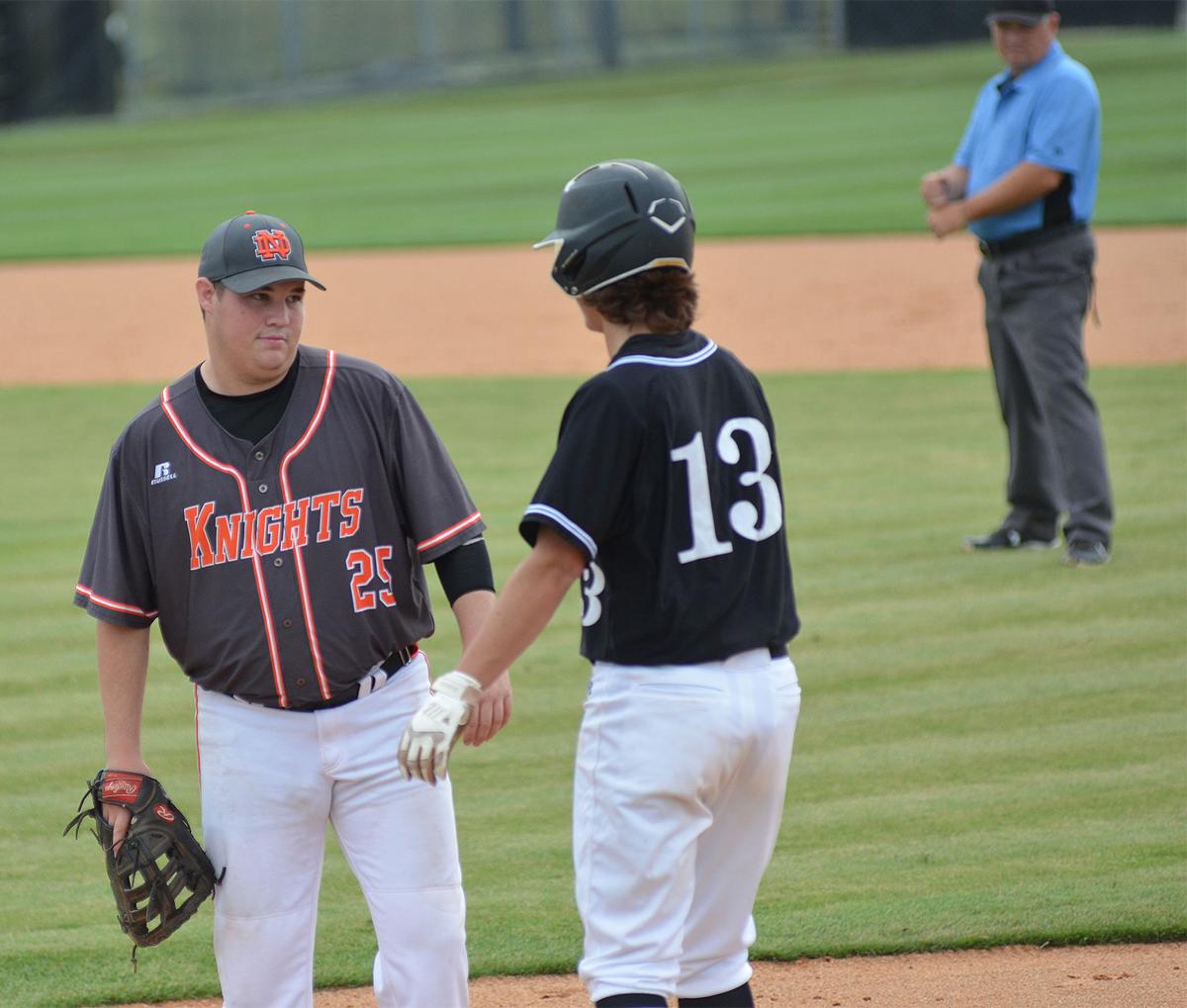 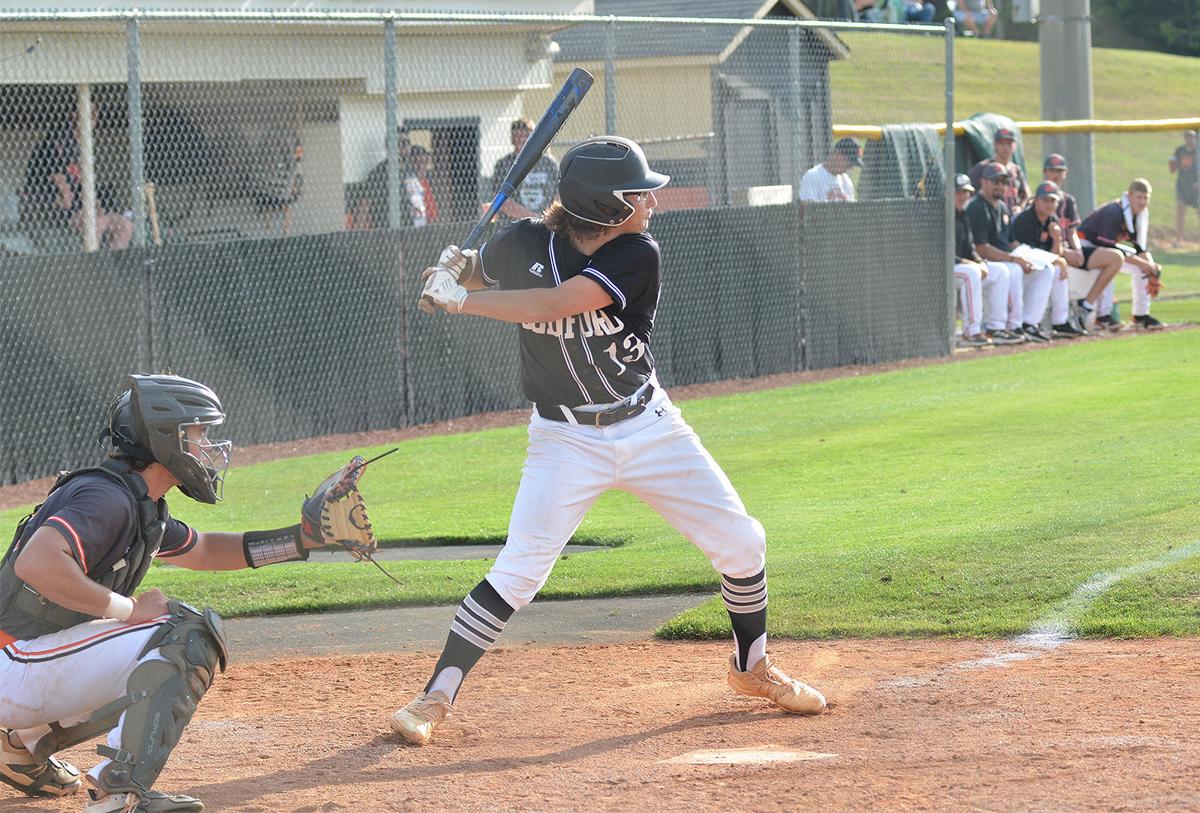 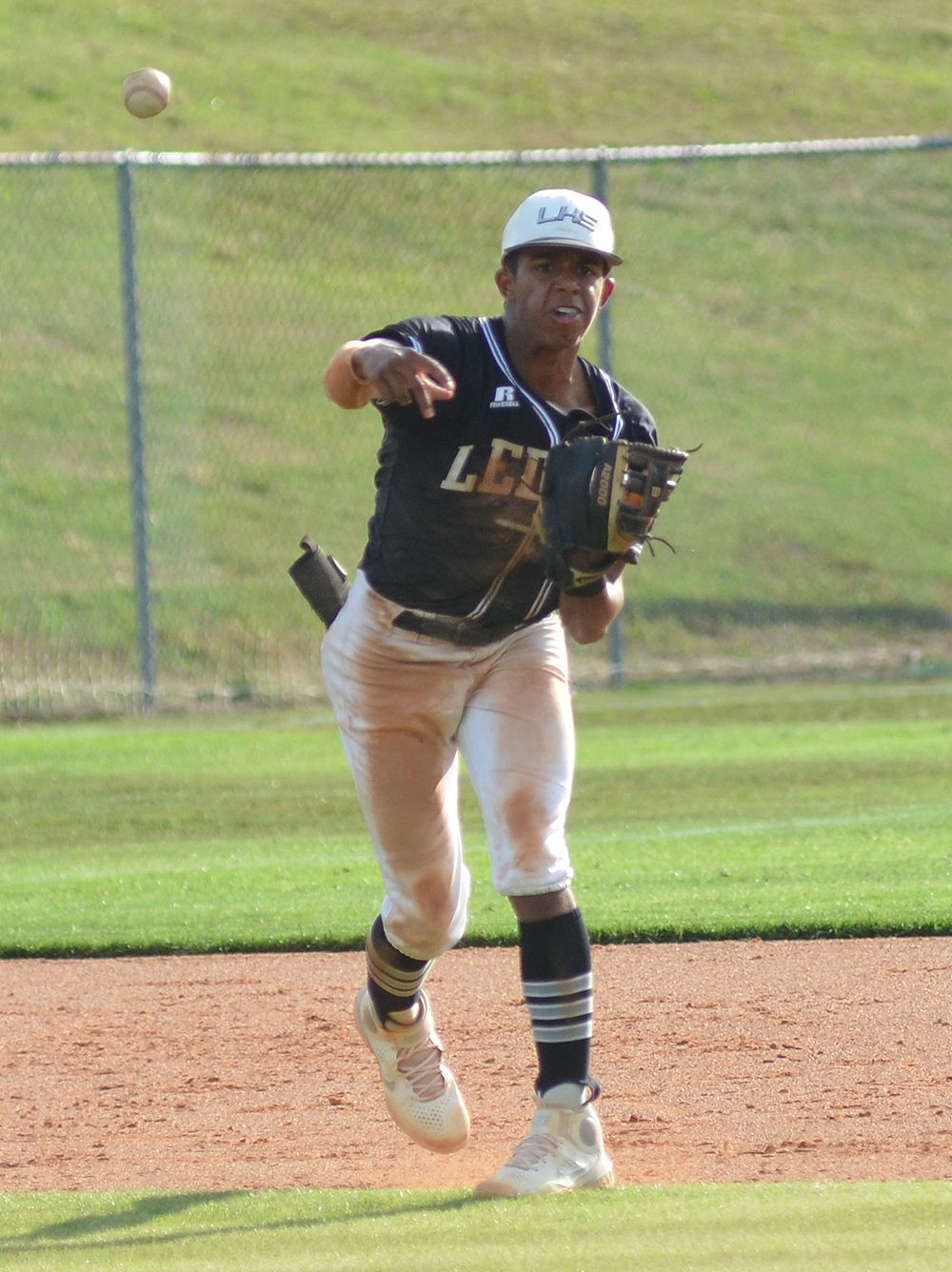 Ledford’s Devin Villaman fires a throw across the diamond during last week’s game at North Davidson.

Ledford’s Gavin Sentell (4) plays behind the runner last week during the Panthers’ game at North Davidson.

Ledford’s Devin Villaman fires a throw across the diamond during last week’s game at North Davidson.

WELCOME — A disappointing end to Ledford baseball’s run in the Central Carolina Conference tournament last week came in the form of a payback game for North Davidson, which came back to stun the Panthers, 5-4.

Cameron Hepler stroked a game-winning line drive through the left side of the infield in the bottom of the seventh, plating two runs to walk it off, setting off a spirited celebration down the first-base line. The stunned Panther dugout could only look on after the team felt like it had bested the top-seeded Black Knights for the second time in five days.

Ledford was coming off a June 4 triumph to end the regular season, a 6-4 home win over North.

“Today was like playoff baseball,” Panthers coach Chris Adams said. “Every pitch mattered. Every inning, every at bat, every opportunity to get a bunt down, every opportunity to field a bunt — all of that stuff was critical. If we now build off of that moving forward, today can do nothing but help us. They’re disappointed, and I’m disappointed, because we wanted to win. But I love the way we played, loved the way we competed.”

Lucas Glover threw six solid innings for Ledford, surrendering three runs on five hits until the final frame. After Glover began the seventh with a walk, Gavin Sentell came in to finish the game.

On what would have been the third and final out of the game, a ground ball turned into trouble when the throw to first was wide of the mark, allowing Alex Naylor to reach and advance to second as the winning run. That turn of events set up Hepler’s line shot, which went off the glove of a Panther infielder and ricocheted into the outfield, giving the oncoming outfielders no chance at getting Naylor at the plate.

After the game, Adams lamented offensive downfalls that set up the final sequence, as the visiting team stranded several baserunners who couldn’t score for a lack of clutch hits.

“We had plenty of opportunities early in the game,” Adams said. “We were leaving a lot of runners on. We’ve got to do a better job with our timely hitting. We were able to scratch a couple across, but I told them we could have had five or six in the first couple innings. So if we do that, it changes the complexion of the entire game.”

The Panthers’ skipper was more pleased with what occurred in the bottom half of each inning but the last than what he saw throughout the game from his offense. Glover’s outing wasn’t without blemishes, but he did an excellent job of holding down a high-powered club that accounted for 127 runs on the season entering last week’s game.

The Black Knights even resorted to small ball early in the contest, as Colby Culpepper dragged a sacrifice bunt down the first-base line to break a 1-1 tie in the bottom of the second inning to put the Black Knights on top, 2-1. That lead was short-lived.

Ledford’s Walker Bethune ripped an RBI single that tied the contest at two in the top of the third. An errant throw on an attempted pick-off play allowed the second run of the inning to score, giving the Panthers a 3-2 lead. Owen Finley then provided an insurance run with an RBI single in the top of the sixth, but North (11-4) took that run right back in the bottom half of the sixth on Wilson White’s RBI single that cut the Panther advantage to 4-3.

Despite the miscues and relentless Knight hitters, Glover only turned the ball over to Sentell after his team had assembled a lead. Unfortunately for Ledford (10-3), the outstanding performance was rewarded with the win.

“I love the effort our kids gave,” Adams said. “I love what Lucas Glover did on the mound. He gave the effort tonight that I’ve been waiting to see from him all year.”

At press time, Ledford was awaiting the results of the North Carolina High School Athletic Association’s release of the playoff bracket to determine if it had garnered the fourth and final berth for the CCC. The bracket was scheduled to be released sometime Sunday afternoon with finalized seedings and pairings.