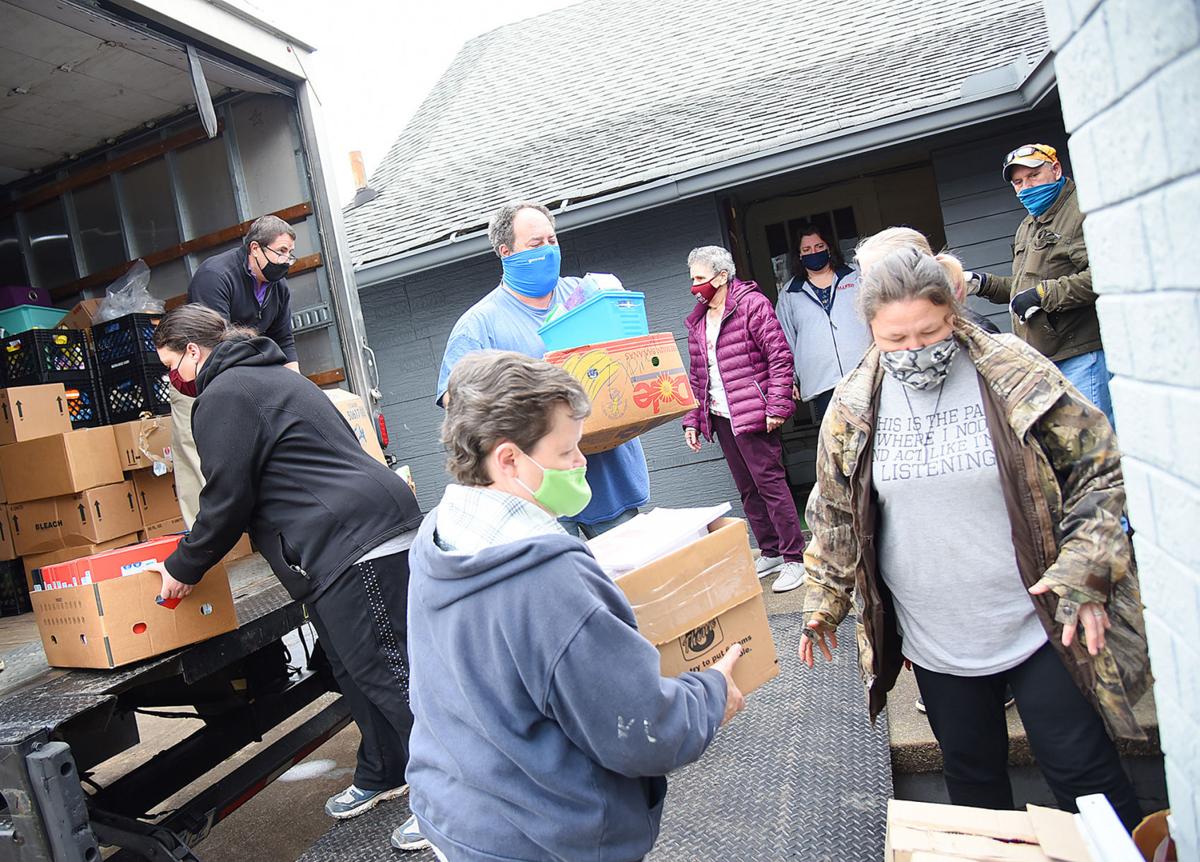 Volunteers with The Father’s Storehouse Ministries unload a truck of donated items as they prepare to move into their new building at 609 National Hwy In Thomasville. 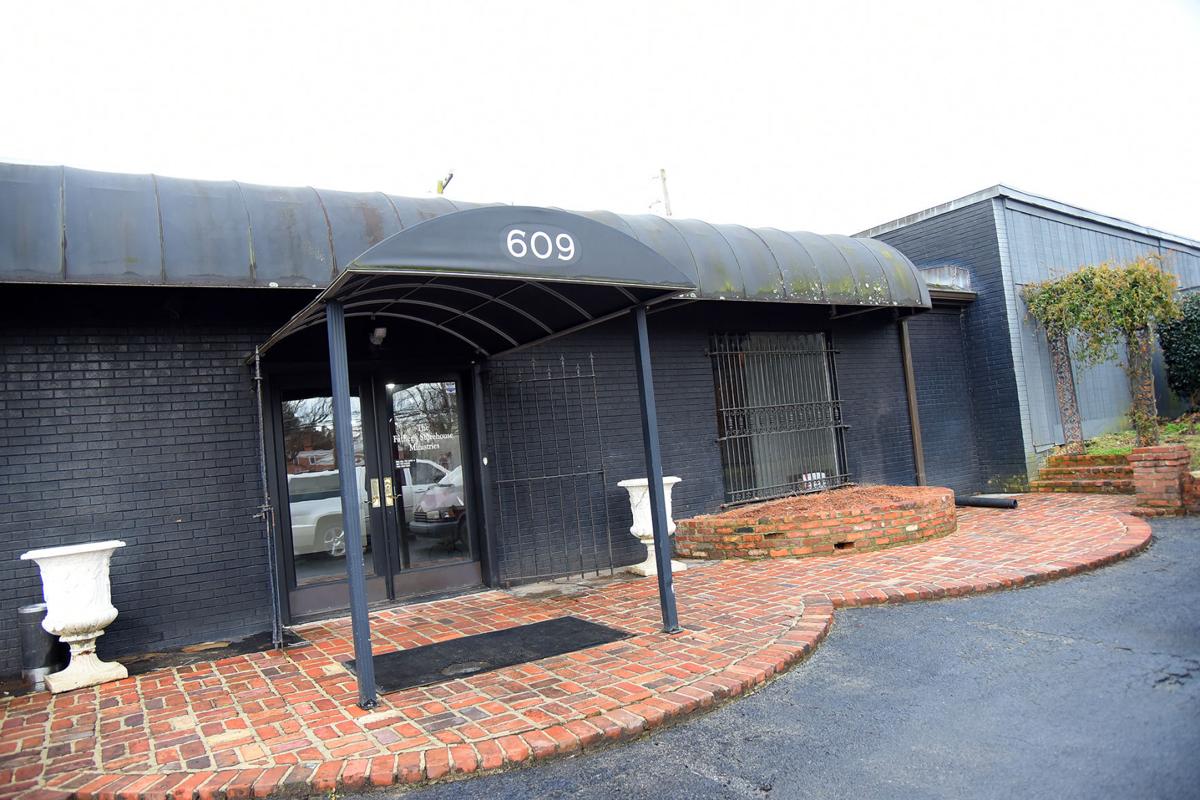 The new location of Father’s Storehouse Ministries is at 609 National Hwy in Thomasville. 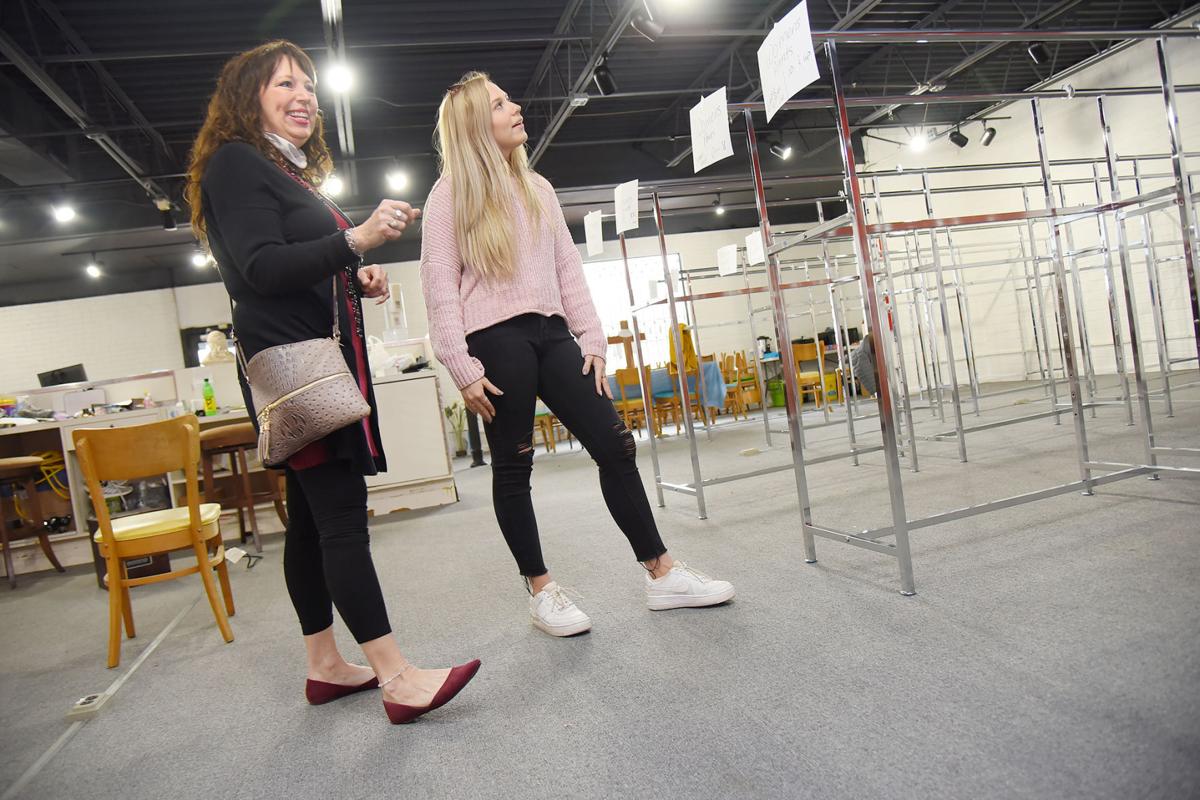 Brenda Ward, left, founder of The Father’s Storehouse Ministries, and her daughter, Hope, discuss the layout of the clothing section at their new building location.

Volunteers with The Father’s Storehouse Ministries unload a truck of donated items as they prepare to move into their new building at 609 National Hwy In Thomasville.

The new location of Father’s Storehouse Ministries is at 609 National Hwy in Thomasville.

Brenda Ward, left, founder of The Father’s Storehouse Ministries, and her daughter, Hope, discuss the layout of the clothing section at their new building location.

THOMASVILLE — After helping feed and clothe people in need for 13 years, The Father’s Storehouse Ministries is asking the community for help to renovate its new building so it can reopen to assist hundreds more.

The former owner of Randall Tysinger Antiques provided financing and lowered the cost of the building, so the ministry is paying the same amount to buy that as it did to rent a smaller and less accessible location, said Brenda Ward, founder and director.

“We finally have our own building, and there are a lot of repairs that have to be done on it to be able to open up and get back to assisting the community,” Ward said. “We were throwing out a challenge to all the businesses that could jump in to help us.”

That challenge asks every financially able business to donate $100 toward needed repairs to the roof, heating and air systems and to install a kitchen. Cost estimates upward of $50,000 don’t deter Ward.

“It’s doable,” she said. “We have a good community that is really sensitive to the needs. I think we all realize that a lot of manufacturing has left this area, and a lot of people have never really recovered from that.”

Ward said she always dreamed of being a missionary overseas, but family responsibilities turned her attention to local needs. No salaries are drawn as the ministry serves more than 200 families per month from any county, Ward said. To date, The Father’s Storehouse has given more than 1 million meals, she said.

“There are so many seniors living on $600 a month that have to have food assistance,” Ward said. “By the time they pay rent and utilities, there’s really nothing left. They don’t have money to go buy any clothing unless they get to come somewhere like this to select things.”

Ward recalled the local need hit home when one little boy, about 9 years old, visited the clothing closet, stopped her and asked, “Ma’am, can I have anything in here for free?” The boy chose a pair of shoes and left behind his worn-out pair that had more than half of the sole missing, she said.

“His feet were almost on the ground,” Ward said. “That’s in this day and time in the Triad, not in some other country.”

Ward credits her husband, Richard, a pharmacist with two hospitals, for helping her to establish and build her ministry.

“Because he’s always worked two jobs, it allows me not to be a paid person,” she said. “If it weren’t for his sacrifice, we could never have had The Father’s Storehouse.”

Richard said he knew Brenda had dreamed of being a missionary in a struggling country, but said unemployment and poverty have caused similar local needs.

“We realized we could do it in our own backyard and stepped out in faith,” Richard said. “We just took a leap. God blessed it and it’s grown and grown.”

Hope, 16, the Wards’ youngest of five children, grew up working in the ministry. She knew how to bring in a mattress by herself when she was 7 years old, Brenda said. Hope said her parents taught her how to help others in the community and “have a heart for God. They’re a great example.”

Brenda said most people have a heart for helping others in need. She describes The Father’s Storehouse as a labor of love.

“We hope everybody jumps in to be team players and help us meet these needs for the community,” Brenda said. “We can’t do it alone. It does take us all working together.”