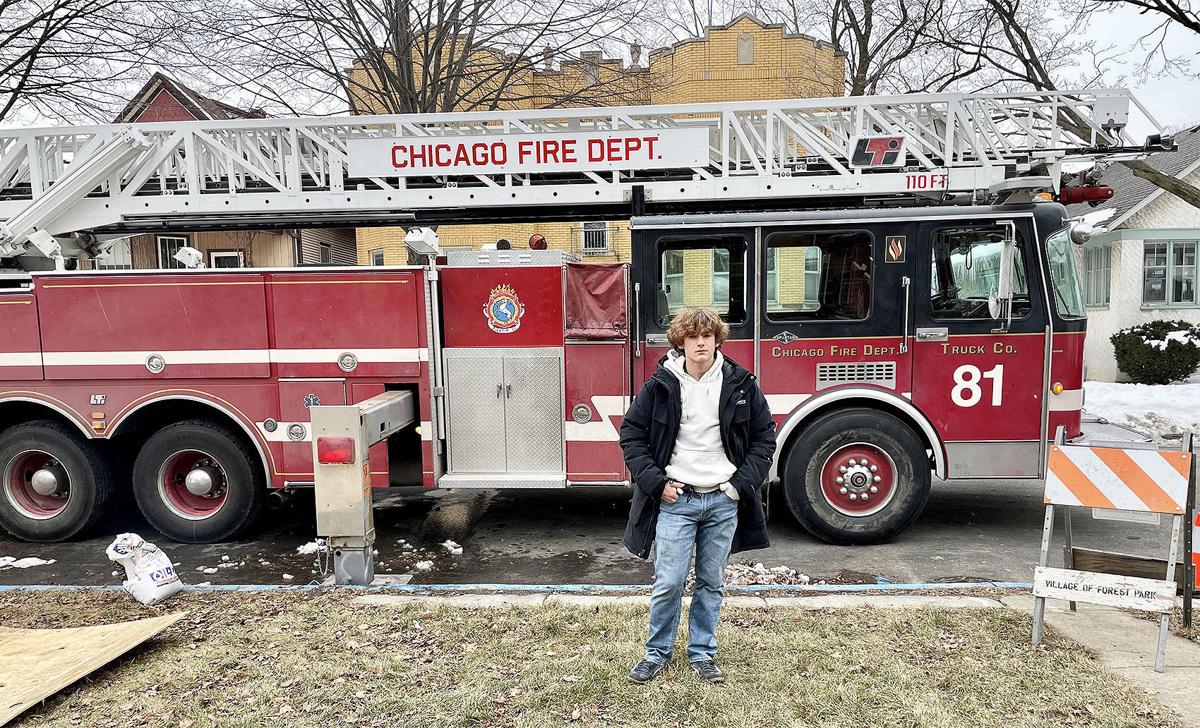 Brady Hepner, a 15-year-old actor from Wallburg, poses on the set of “Chicago Fire” during rehearsals of the popular drama. Brady appeared in Wednesday night’s episode. 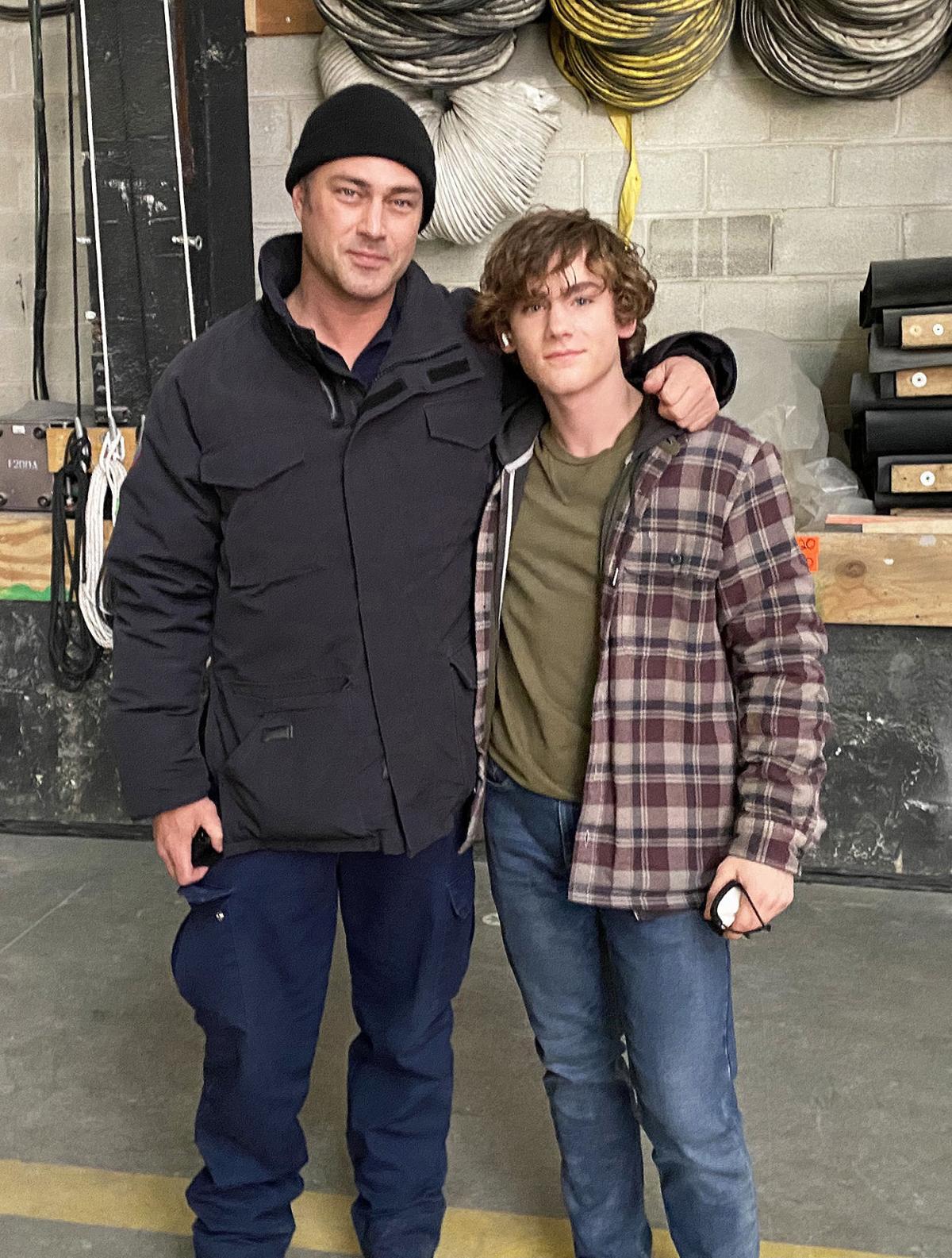 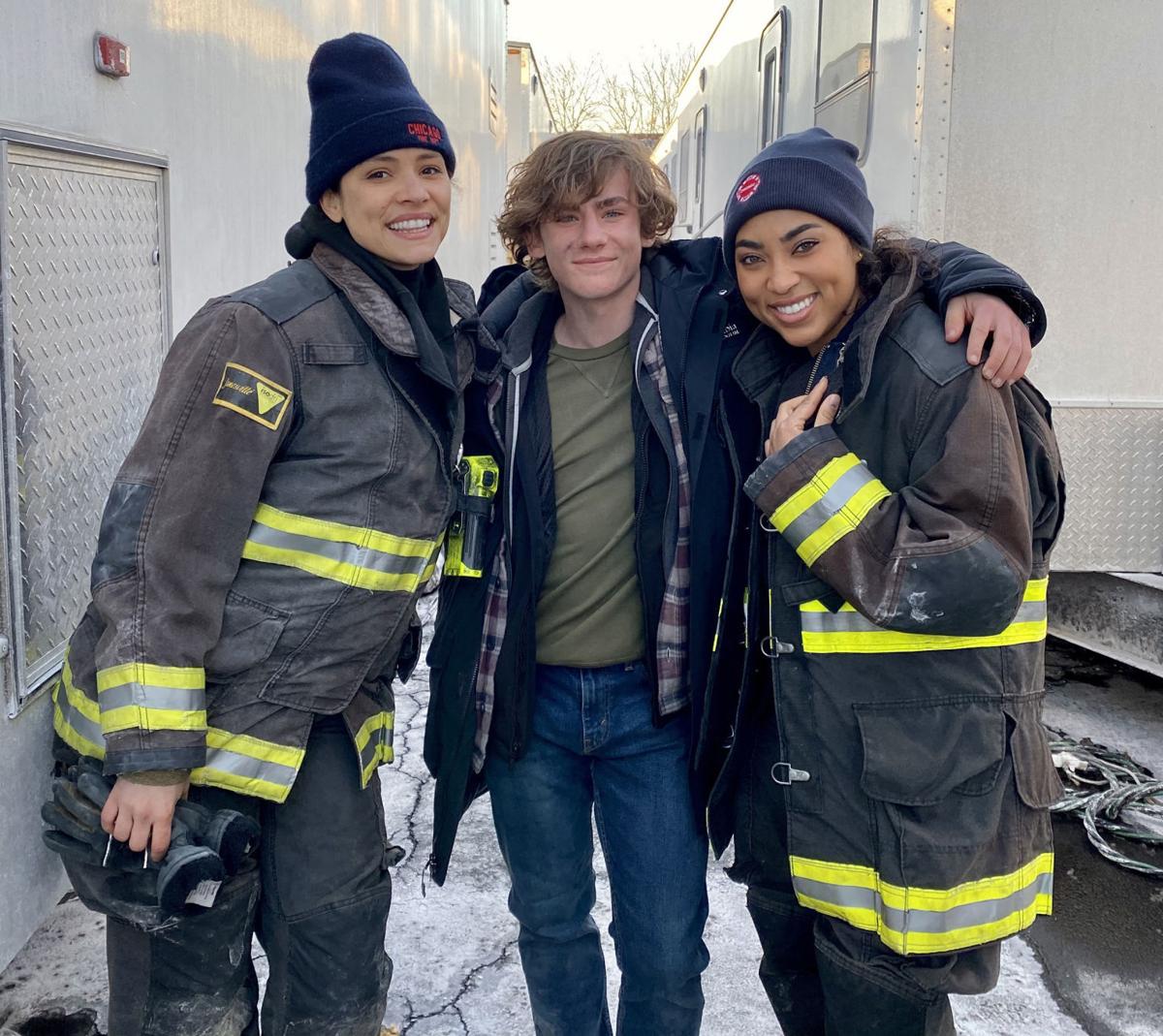 Brady Hepner, a 15-year-old actor from Wallburg, poses on the set of “Chicago Fire” during rehearsals of the popular drama. Brady appeared in Wednesday night’s episode.

WALLBURG — Brady Hepner admits he used to shy away from telling people he was an actor.

“They always want to know what you’ve been in,” the 15-year-old actor says, “and if you haven’t been in anything, they don’t take you seriously.”

That shouldn’t be a problem much longer for Brady, who now has two significant projects on his resume. This week, he was featured in an episode of “Chicago Fire,” NBC’s popular action drama about the lives of Chicago firefighters, and he’s also busy filming “The Black Phone,” a horror movie being shot in Wilmington.

Brady and his mom just returned recently from two weeks of filming in Chicago, where he hung out with the likes of “Chicago Fire” stars Taylor Kinney, Miranda Rae Mayo and Adriyan Rae. The episode aired Wednesday night.

Brady, a ninth-grader at High Point Christian Academy — and the son of David and Jennifer Hepner of Wallburg — got interested in acting about four years ago.

“I went through a phase where I watched a bunch of TV and movies, and I was looking past the show at the actors,” he recalls. “You have these ordinary people that can tell a story and portray any type of character they want, and I just thought that was really interesting.”

Brady began taking lessons through In-Studio, an acting instruction studio in Greensboro, where his instructor is head coach and studio director Drew Matthews.

“First and foremost, Brady has natural talent,” Matthews says. “He is conversational, imaginative and incredibly quick-witted. He retains information from our lessons with ease. In the past several years he’s been training, he never shied away from challenges or advanced techniques.”

So in 2019, when a local filmmaker called Matthews looking for a teenage boy to appear in his horror movie, Matthews recommended Brady, and he got the role. The movie was a low-budget slasher film called “Killer Babes and the Frightening Film Fiasco” — probably nothing you’ll ever see on the big screen — but Matthews says the young actor learned a lot about the movie-making process.

“Oftentimes, local independent projects, despite not paying a lot, can provide a much bigger learning experience,” he explains.

Last February, Warner Bros. flew Brady out to Los Angeles to audition for the lead role in a series the company was developing. He didn’t get the role, but he did get some positive feedback from the casting director, says Brady’s mother, Jennifer Hepner.

“I think they really liked Brady, but he just didn’t have any big projects under his belt,” she says. “After that, though, he started getting some bit roles, and there was some buzz about Brady.”

One thing led to another, and before he knew it, Brady and his mom were flying to Chicago to film this week’s episode of “Chicago Fire,” titled “Escape Route.”

“I play a kid, obviously, and my family goes through some struggles,” Brady says, “When the firefighters come to put out the fire, my character feels very bad because he thinks that somehow he actually caused the fire. Basically, he thinks he’s the reason the family is going through hard times.”

Brady calls the “Chicago Fire” gig his biggest acting job yet, but he’s also excited about “The Black Phone,” a feature-length horror film starring Ethan Hawke and directed by Scott Derrickson, who also directed “Doctor Strange” and “Sinister.” The film is based on a short story of the same name by bestselling author Joe Hill, the son of horror novelist Stephen King.

Filming just began in Wilmington, and Brady’s not sure when the movie will be released.

Matthews says the more roles Brady lands, the better he’ll get as an actor.

“I see this NBC booking — and the feature film — as just the beginning for Brady,” he says. “I’ve no doubts that audiences will remember his name.”

As a young actor, balancing his film work with his school work poses a challenge — Brady juggled his workdays with virtual learning and tutoring sessions while in Chicago, for example — but he’s willing to do it for something he enjoys so much.

“This has been my dream for four years now,” he says. “I want to do this professionally, and hopefully I’ll be successful with it.”