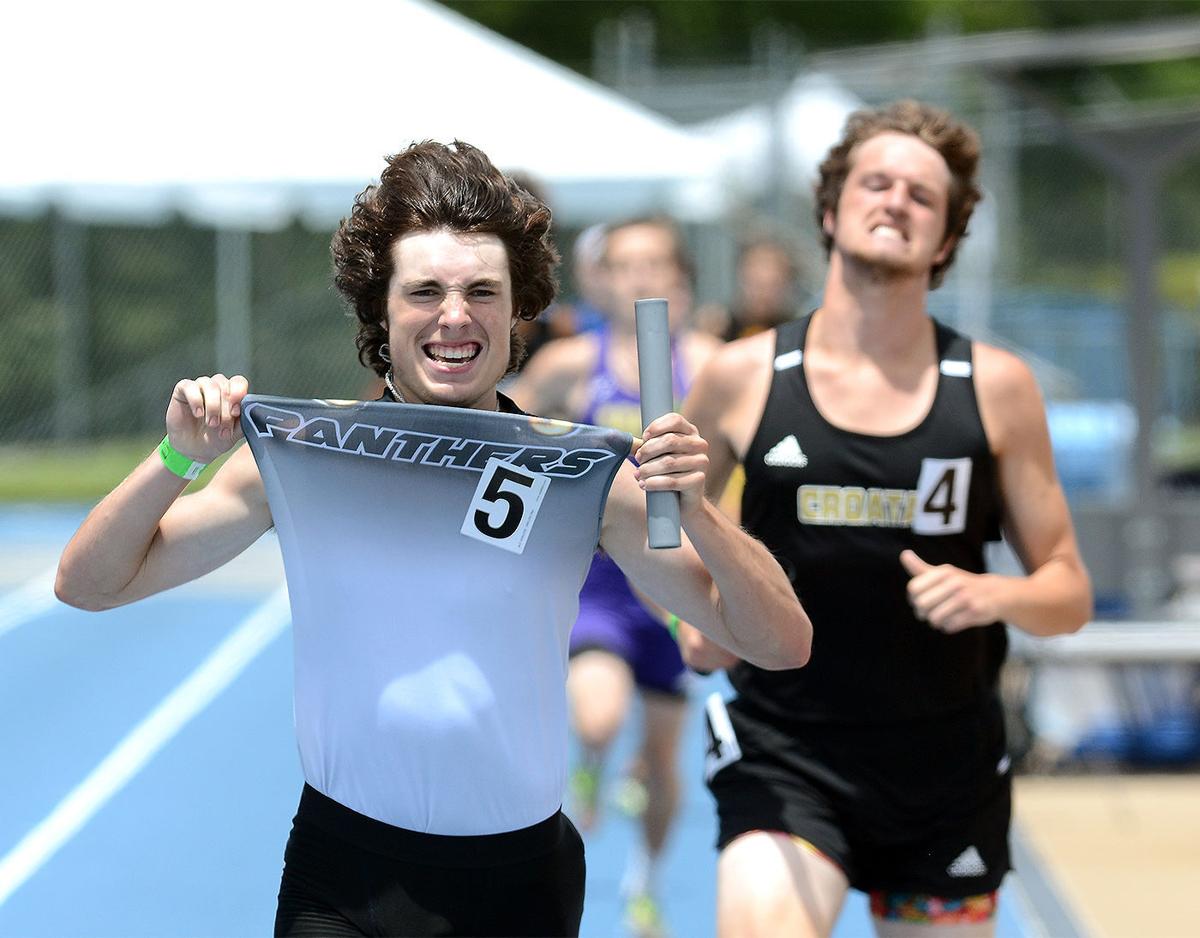 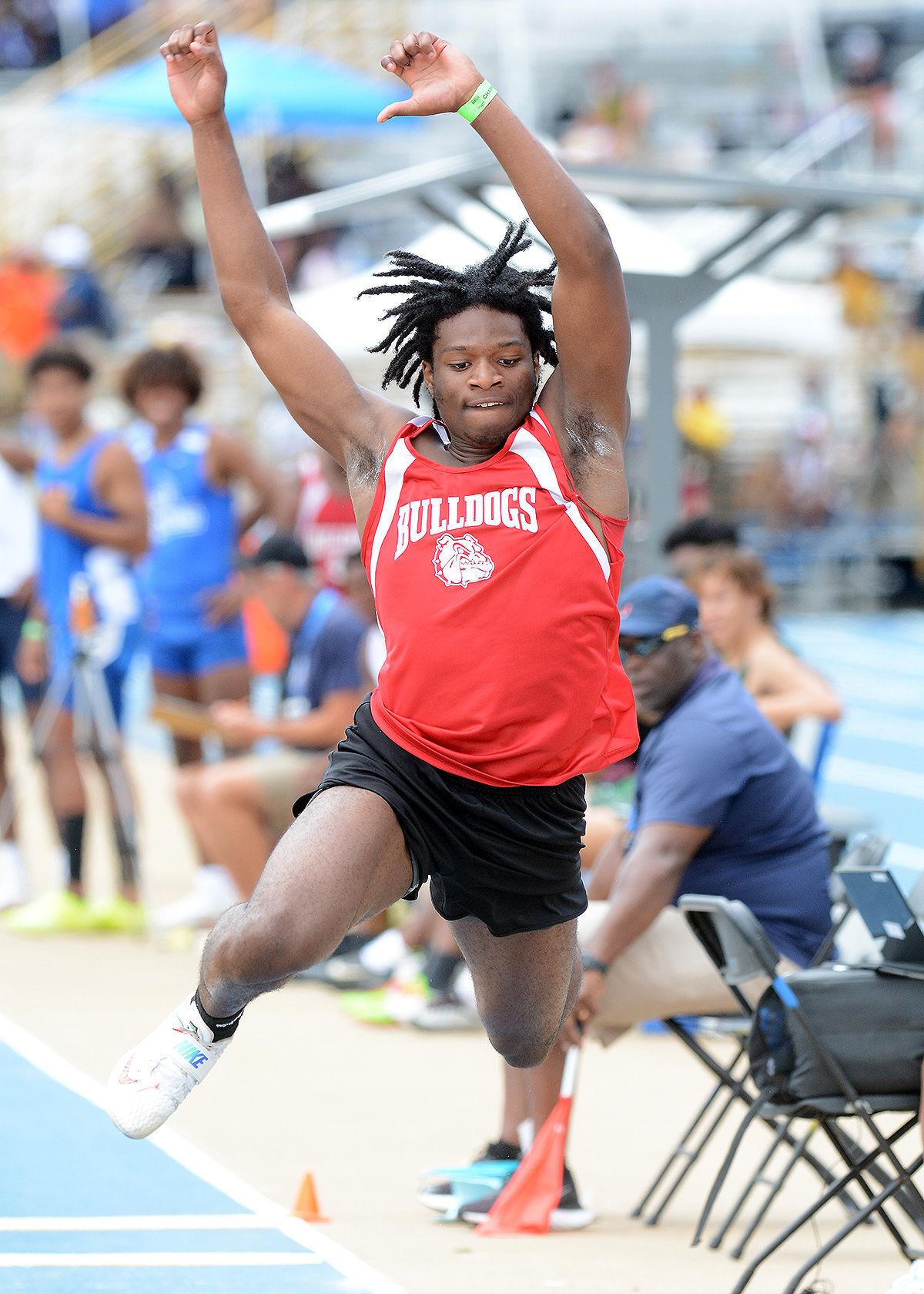 GREENSBORO — As Ledford’s boys walked around the infield at the end of the meet, all their medals clinked off each other. The Panthers made a lot of noise — as they had all day.

Ledford won three events and finished fourth as a team in the boys total to highlight eight area teams in the NCHSAA 2A state track and field championship Saturday morning at N.C. A&T State University.

The 4x200 was a showdown against Central Carolina Conference foe Thomasville, which won the event at regionals to take the No. 1 seed while Ledford was seeded No. 2. This time Ledford won and Thomasville was third.

“We had a mission coming out here,” Boyette said.

“All week it was back and forth,” Zimmerman said, with a laugh, of the rivalry with Thomasville.

“We went to practice every day, working together pushing each other,” Brown said.

To end the day, Ledford trailed for much of the 4x400. But Boyette, Brown and Compton kept the first three legs within reach. Then, Zimmerman overtook Croatan down the final stretch to come away with the win.

“We’re all seniors, and the reality is that it’s our last high school competition,” Brown said. “So there was only one thing to do — come out and empty the tank.”

“You’ve got to dig deep and keep your foot on the gas,” Boyette said.

“I trust my guys — give me enough room to work with and we’ve got it,” Zimmerman said. “I’m really proud of them, considering none of these guys really run the 4x400. It’s just awesome to see what we can put together.”

Zimmerman also had a strong day individually — particularly in winning the 400m, in which he built a sizable lead but had to fend off a late charge.

“This was my main focus today,” he said. “I’ve been working hard all year — this is my bread and butter right here. It was important for me to get out hard my first 100m. I got back on the second and started coasting a little bit.

“I saw I was in a good spot. But it was getting to be a pretty close race. I’ve been doing a lot of that extra over-push training for that exact reason. Overall, it was a good win. I’m happy — and I want to thank God.”

Thomasville also won two events. Malcolm Knight won the triple jump with a mark of 45-3.50, while the 4x100 relay (42.96) of Yu’Neeke Payne, Landon Johnson, Cameron Walker and CJ Dickerson were victorious as well.

“At first I was nervous,” Knight said of his triple-jump performance, “because I did not think I’d jump how I just jumped. I did it with a little competition. I got after it — I just won it. I was just so surprised.

“That one jump — that 43-11 — was when I said, ‘I know I can beat him,’ ” he said of matching up against top-seeded Rashod Lynch from R-S Central in the finals. “It feels absolutely great. I’ve been thinking about this since my sophomore year when I first started doing track.”

The 4x100 came shortly after the 4x200, in which Thomasville was also seeded No. 1. So, favored again, it pushed hard to come away with a win.

“It feels good — amazing,” they all said, almost in unison.

“I felt like the key for us was to lock it on in,” Johnson said. “We just ran the 4x200 and came in third. I feel like that race really helped us lock it all.”

“It motivated us to come back and do better,” Walker said.

Ledford was fourth in the boys team total with 36, while Thomasville tied for eighth with 27.