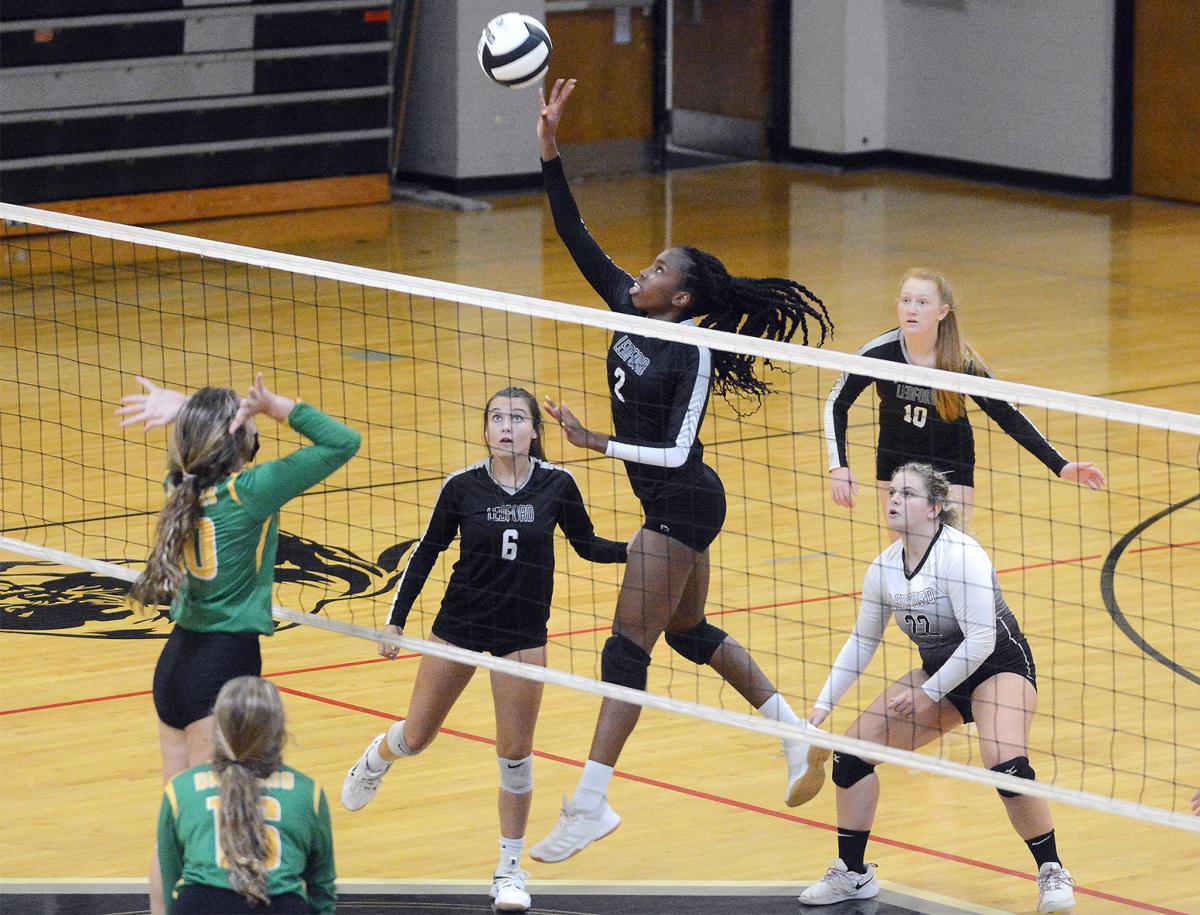 Ledford’s Khyra Barber, center, hits the ball over the net during Wednesday’s match against West Davidson at Ledford. 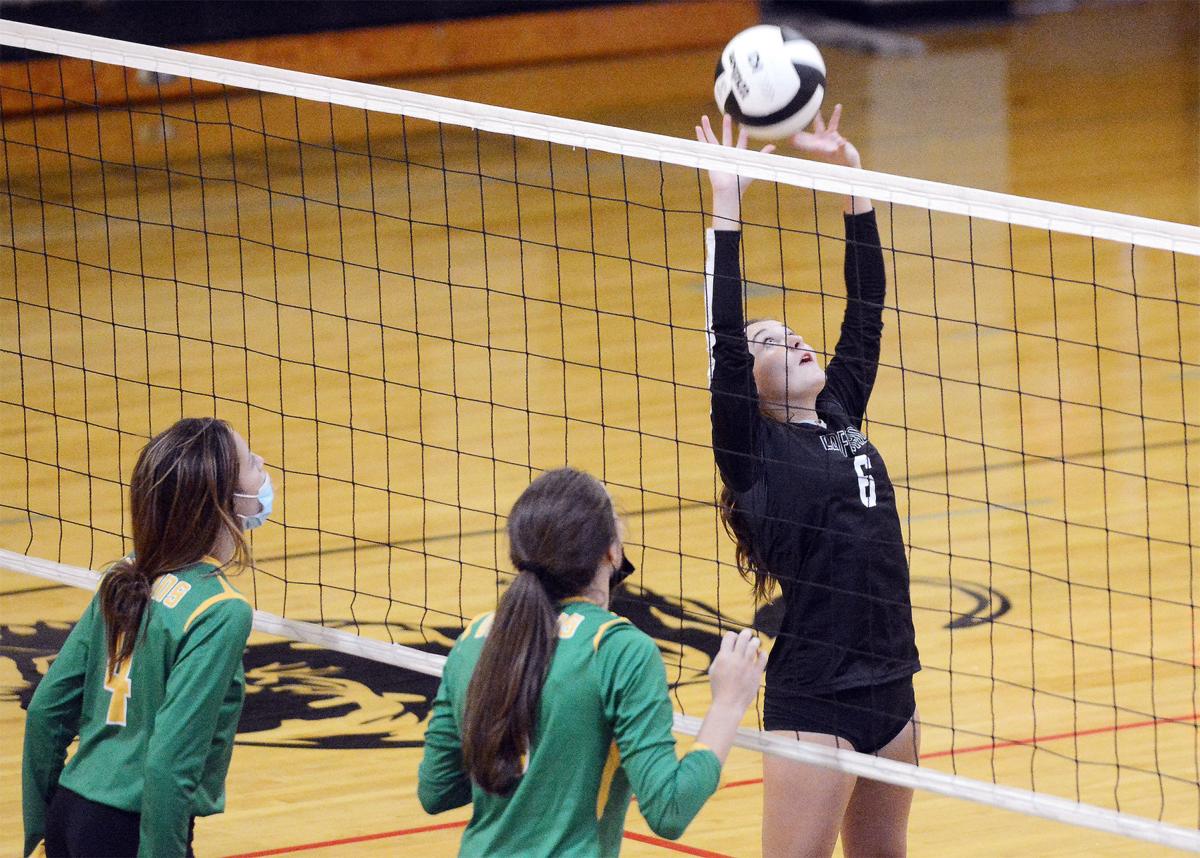 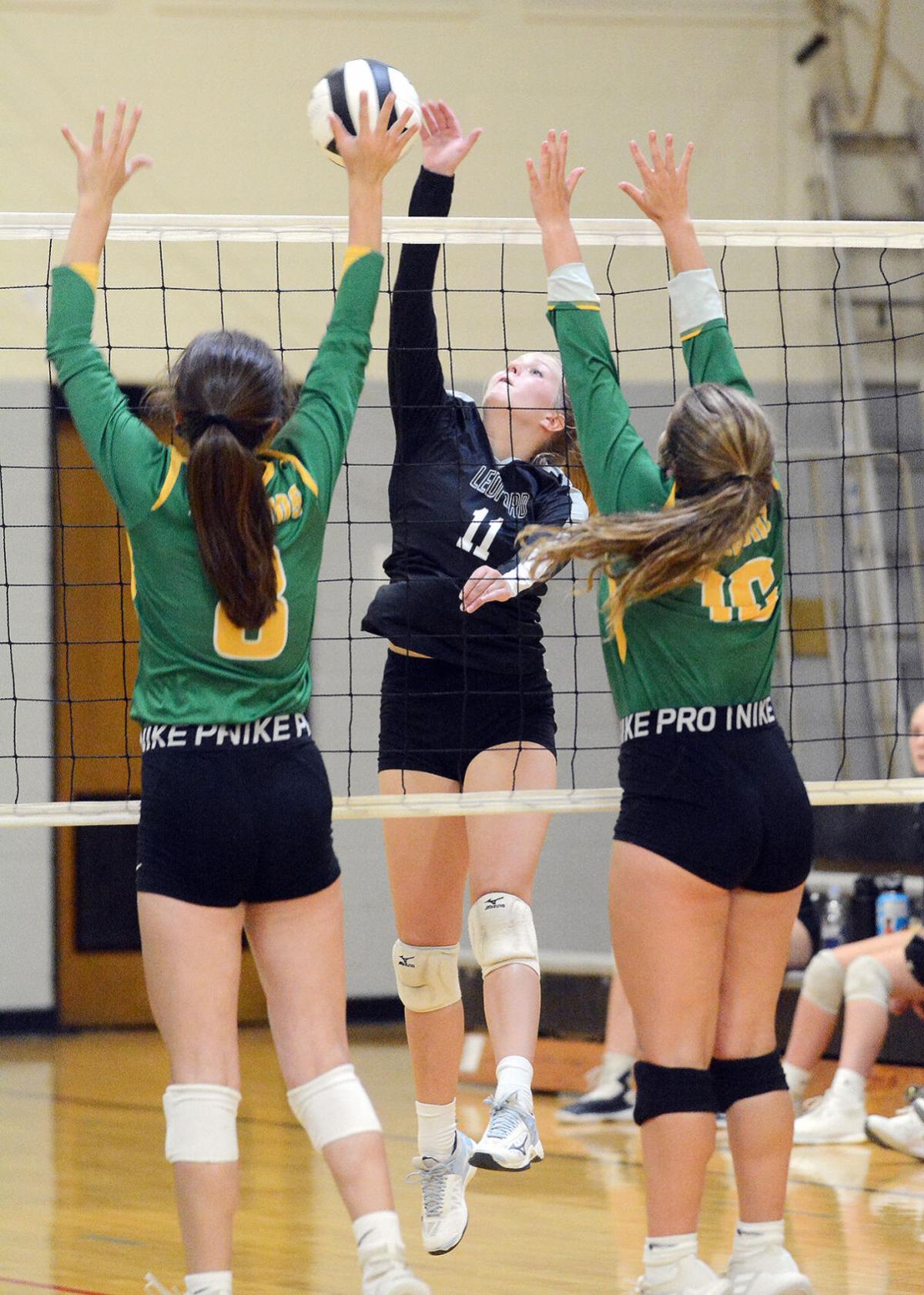 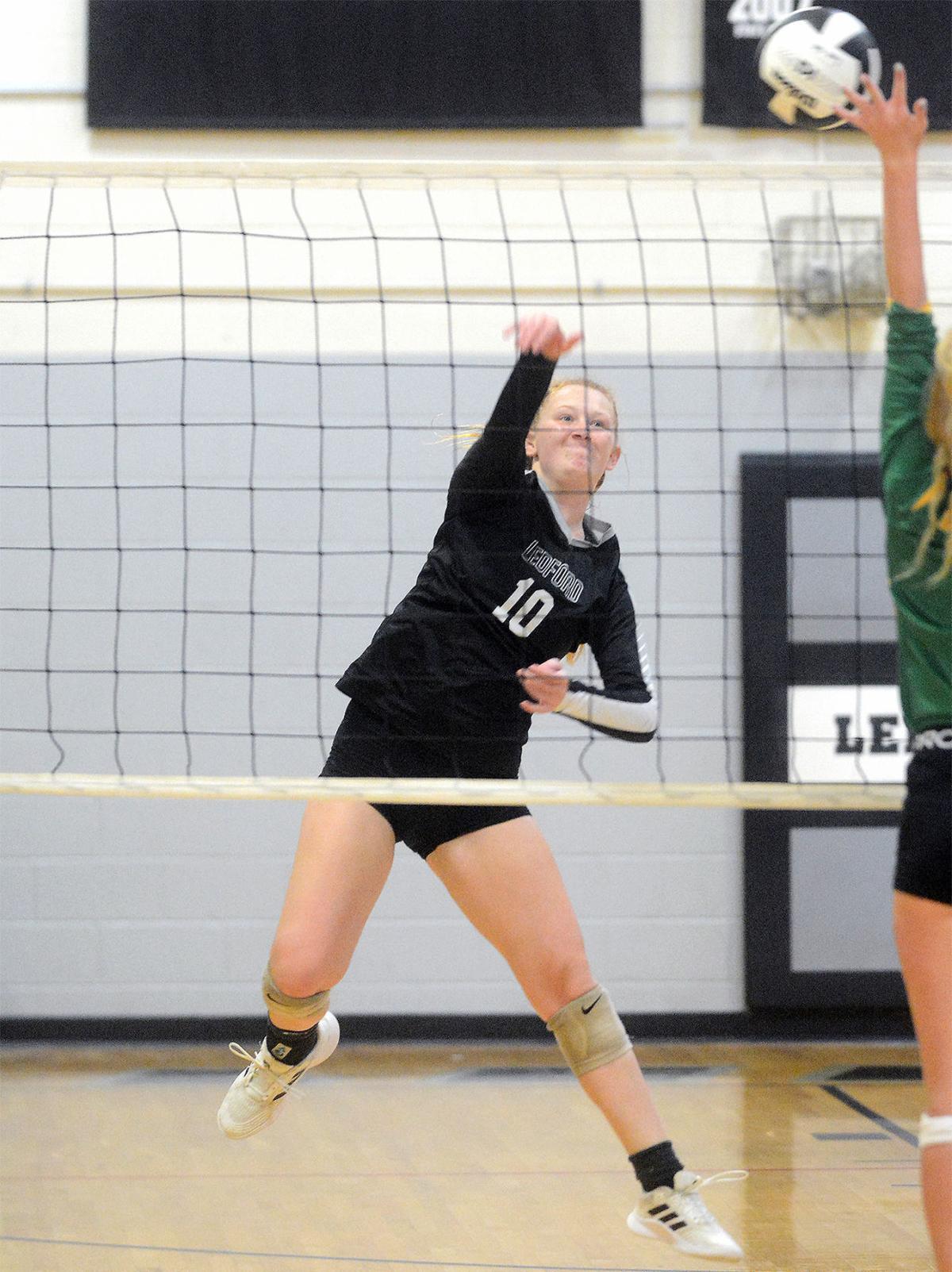 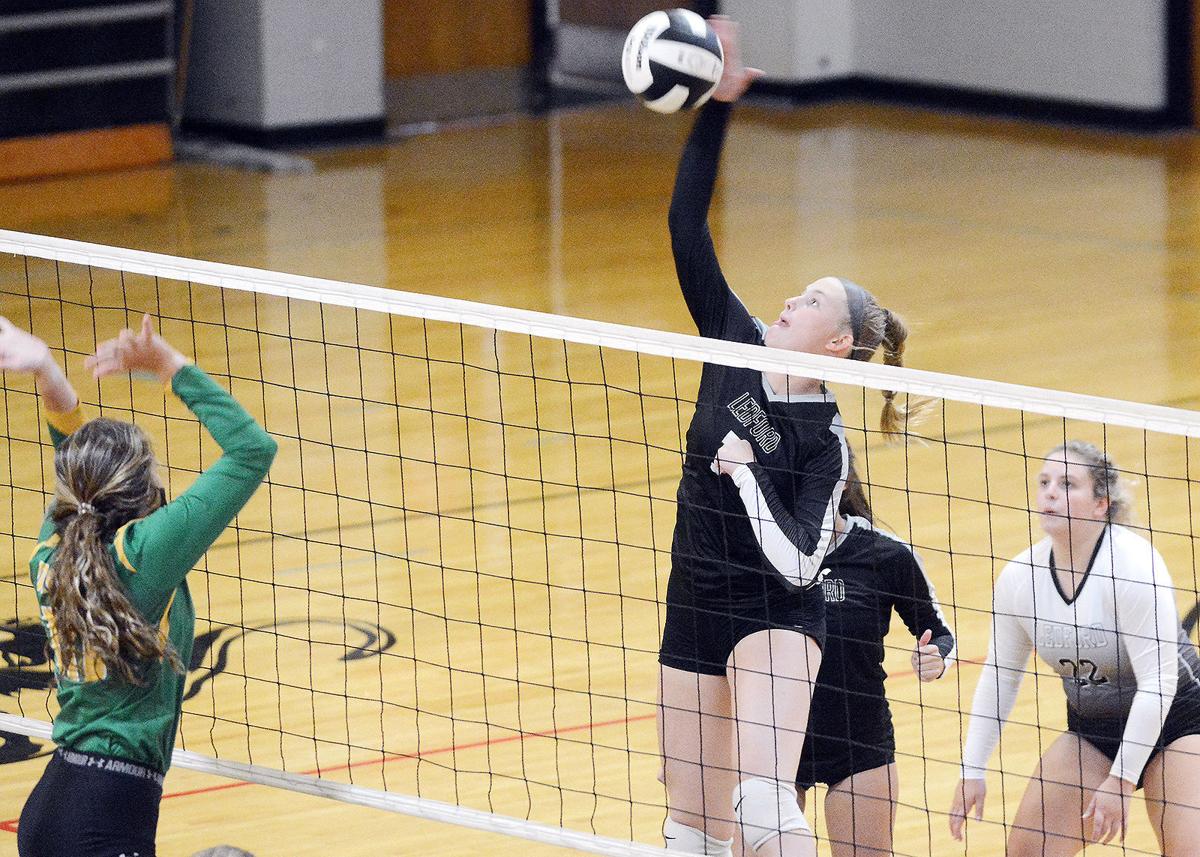 Ledford’s Khyra Barber, center, hits the ball over the net during Wednesday’s match against West Davidson at Ledford.

The Panthers, having their early-season work snap into place, steadily pulled away to beat West Davidson 25-16, 25-21, 25-20 in nonconference volleyball Wednesday evening at Ledford.

“It feels good,” Ledford coach Christy Palmer said. “We needed to get that first win off our backs. We’ve had some really long matches where we’ve come out on the wrong end of them. We had a week of quarantine early, so I feel like we’re a week behind where we could be. So, we’re making progress.”

Khyra Barber had 14 kills to lead the Panthers (1-3), coming off two five-set matches against West and Wheatmore last week. Alex Graham followed with 10 kills, while Charlotte Gray had four kills and 27 digs.

Kensie Price chipped in 13 assists, and Logan Palmer had 17 digs as Ledford — which had to quarantine just before starting its season — passed and set the ball well for its hitters to take aggressive swings.

“We finally played like I know we can play,” said Barber, a junior middle hitter. “Our energy was there. We weren’t flat. Everyone was cheering, which was hype. We just did a really good job communicating, playing together and actually wanting to win.

“We had a new lineup, which I think helped. We had one of our best servers start, so that came together. Our passes were a lot better and we were getting it to our setter. Our setter was setting amazing tonight. And our hitting was a lot better. All of those nooks and crannies, we really polished it over.”

After rolling through the first set, the Panthers used a 12-3 run to lead by five late in the second set. The Dragons (3-5), usually one of the top teams in the area in recent years, got within one before Ledford rebuilt its lead to go up 2-0.

In the third set, West — which has won at least a share of 11 of the last 16 titles in the Central Carolina 2A Conference — quickly led by six at 14-8. But the Panthers answered with a 12-3 run to take a three-point lead.

Ledford — which has moved up to 3A after a strong run of its own in the CCC, winning two conference titles — held off West’s last-ditch spurt within two and won three straight points to finish off the victory.

We’ve been practicing super hard. We started team bonding and we’ve all really started getting close with each other. … I feel like we’ve been playing really well together.”

“It was good to be out front,” Palmer said. “They’ve just got to learn to get there and stay there. Just stay on the gas and not have a lull where we let up. We’ll just get complacent and make bad passes. We’ll give them easy balls and then they put us on our heels.

“We should give the ball to Khyra or Alex. We tried a different service order tonight, which I think went pretty well. But you’ve got to give the ball to the front row — especially our middles, because that’s where we’re strongest.”