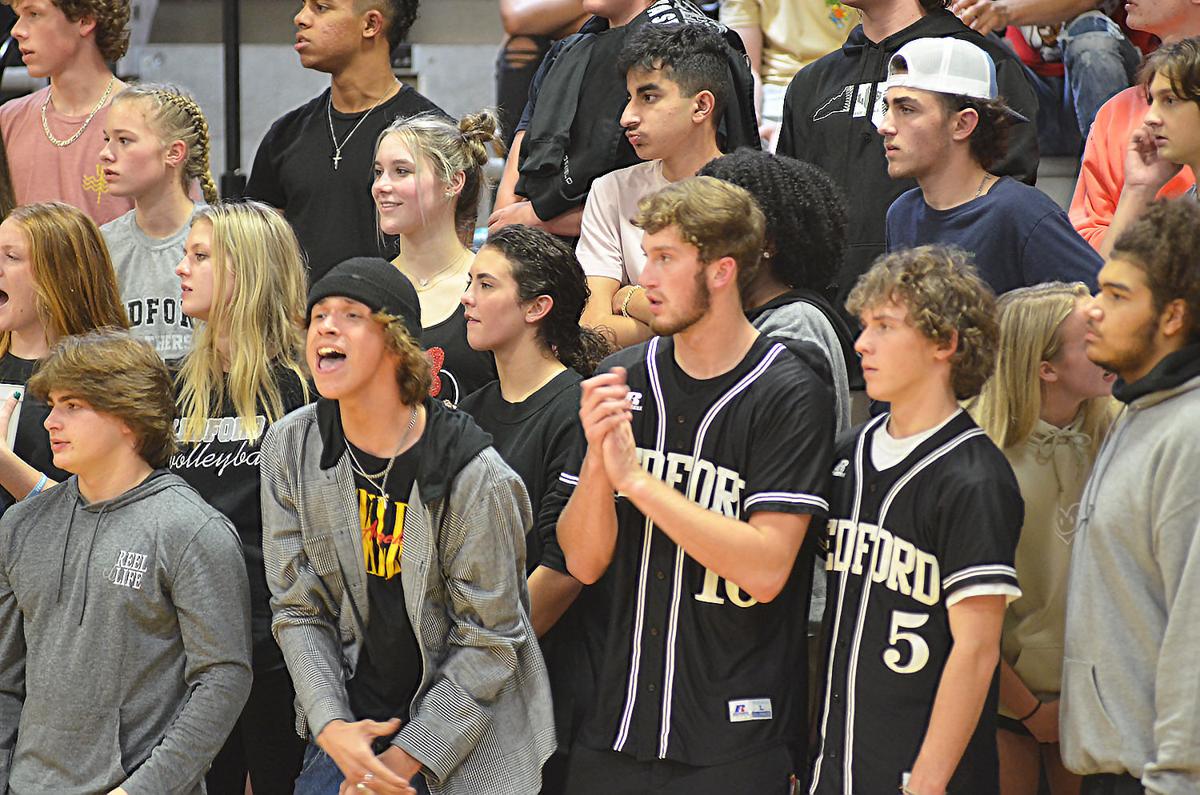 The Ledford student section enjoyed a slate of post-holiday basketball games at home this week, as the school served as host for the 2021 Davidson Randolph Christmas Classic. 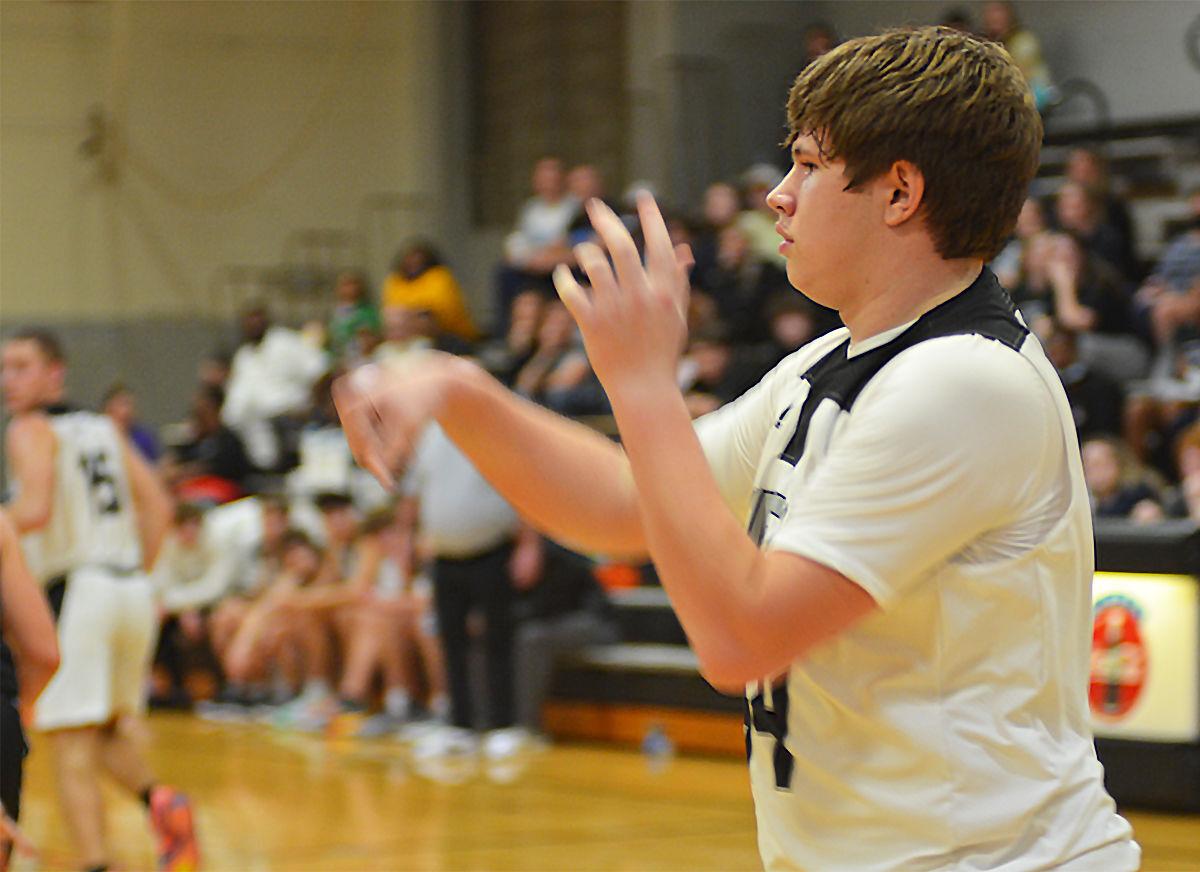 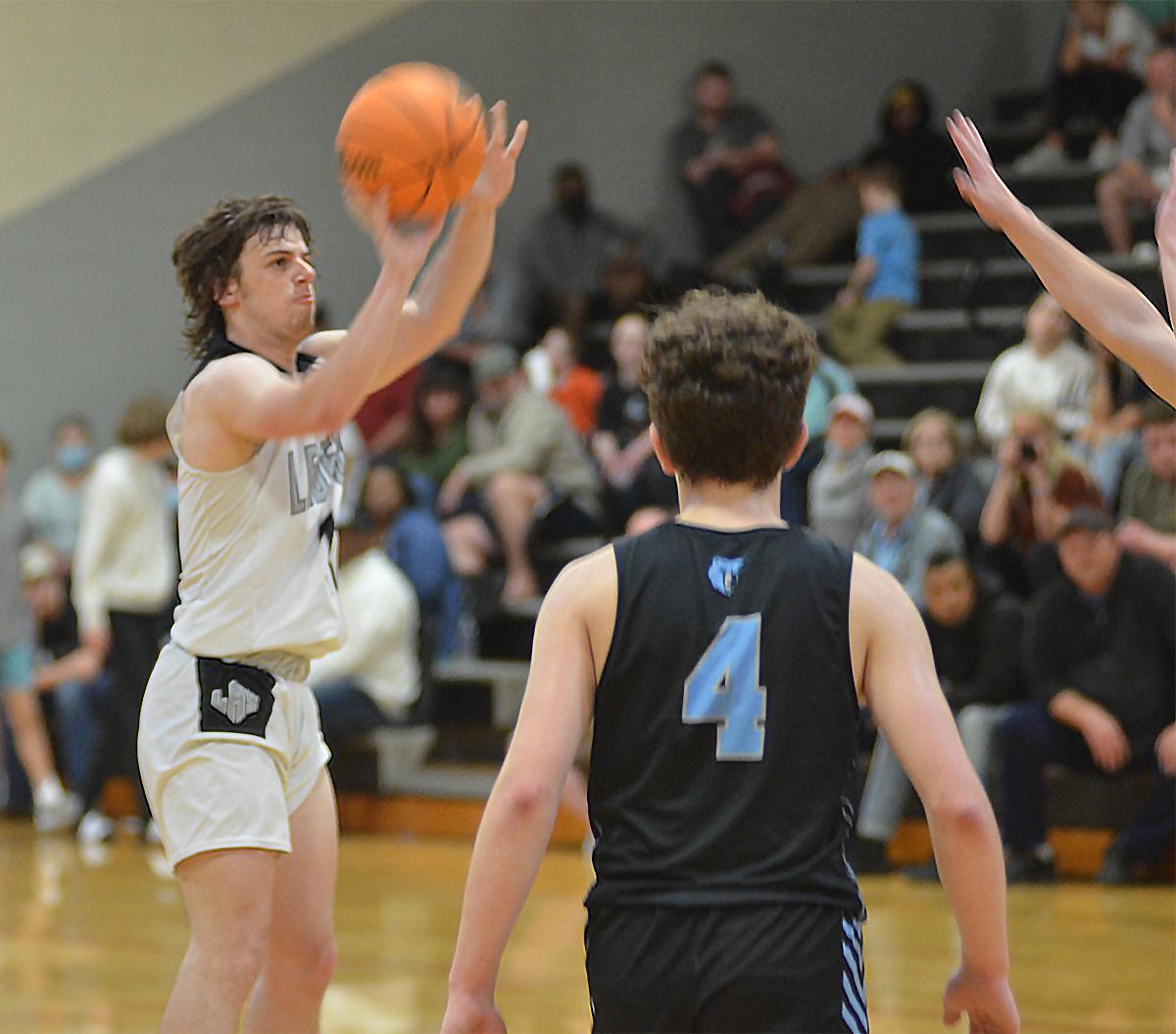 Ledford’s Alex Reece spots up for a jumper during Tuesday’s game against Oak Grove.

The Ledford student section enjoyed a slate of post-holiday basketball games at home this week, as the school served as host for the 2021 Davidson Randolph Christmas Classic.

Ledford’s Alex Reece spots up for a jumper during Tuesday’s game against Oak Grove.

WALLBURG — Ledford’s boys began their run as hosts of the annual holiday basketball tournament in fine fashion this week.

They just weren’t quite able to put the finishing touches on a successful conclusion to the 2021 Davidson Randolph Christmas Classic. The Panthers came up short against Thomasville in the championship game, dropping a 63-56 contest of which they led a large portion.

Nate Carr and Nic Morgan both made the all-tournament team for their outstanding performances in the event. An opening 72-50 win over Wheatmore in the Christmas Classic provided the Panthers with the spark they needed to maintain their prime-time slot in the nightcap each day of the event. Tuesday brought another double-digit win, this time over rival Oak Grove in a 58-43 that was a much more tightly-contested outing than the final score would indicate.

“I don’t think we played as well as we had before the tournament,” Coach Jason Anderson said. “I think being out of school and not in a routine has hurt us offensively, especially with our shot. We had two nights where we haven’t shot it well from outside, and we typically do a good job of that.”

Alex Reece, Carr and Morgan all scored in double figures against Oak Grove, with 14, 14 and 12, respectively. Reece preceded that performance with a 23-point game against the Warriors.

“We were gritty, played some defense, forced some turnovers, got some run-outs in transition, but there’s room to improve,” Anderson said following the Oak Grove victory. “This is a Christmas tournament. We’re enjoying the play in it, but at the same time, Coach is never going to be happy. He’s always gotta find something to gripe about.”

Going into Wednesday night’s finale, Anderson alluded to the fact he knew his team had a daunting task in front of it in trying to slow down a deep, athletic Thomasville team. The Panthers again got off to a good start, leading the Bulldogs 33-30 at the half.

The shots simply wouldn’t fall in the second. Scoring in each quarter declined for Ledford, which had its best period in the first with 19 points. The Panthers followed that with 14, 13 and 10 in the ensuing quarters, leaving the hosts on the short end of a close final sequence.

Anderson said Tuesday in seeing Thomasville play over the last three days that he believes the Bulldogs could present a significant problem for teams hoping to compete for a 1-A state championship this year.

“We had to keep them out of that lane, and that’s easier said than done,” Anderson said. “I think in 1-A they’re going to be a hard out. I think they’re playing well together right now, and the more games they get under their belts, the better they’re going to be.”