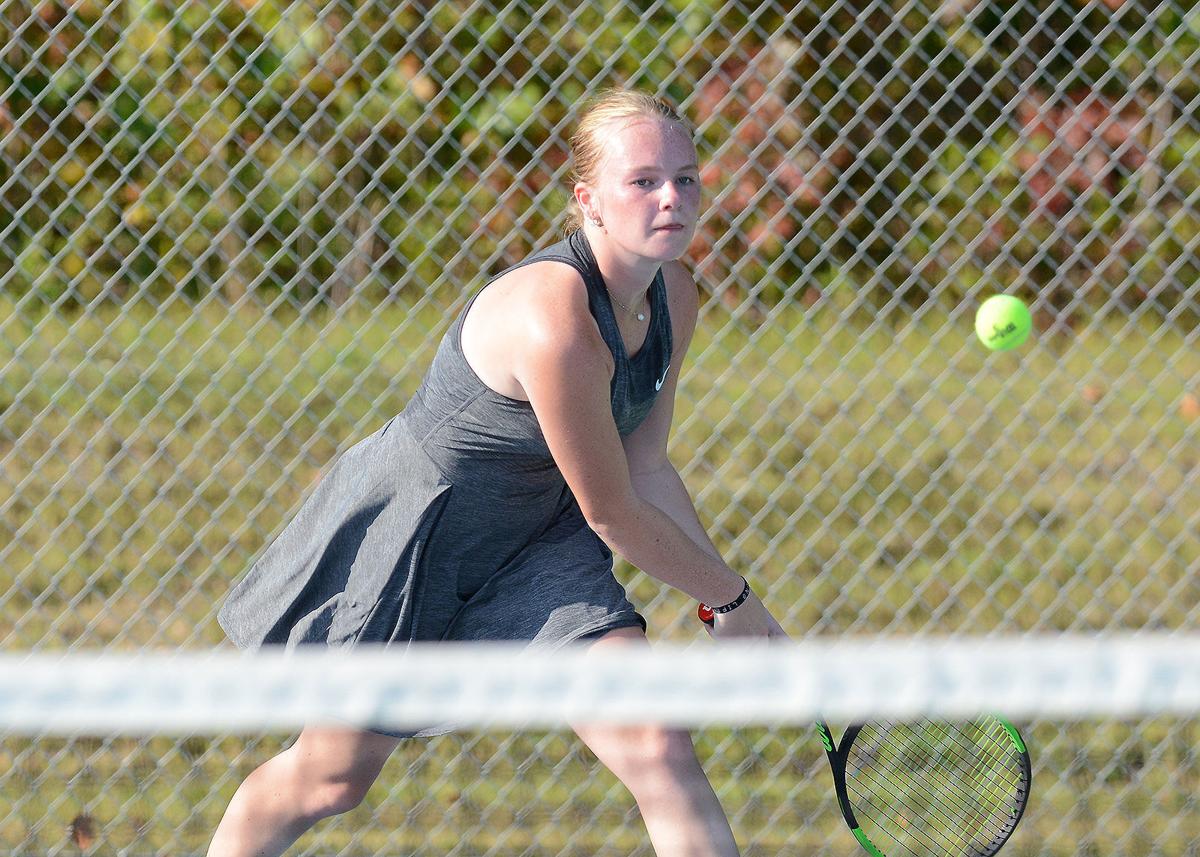 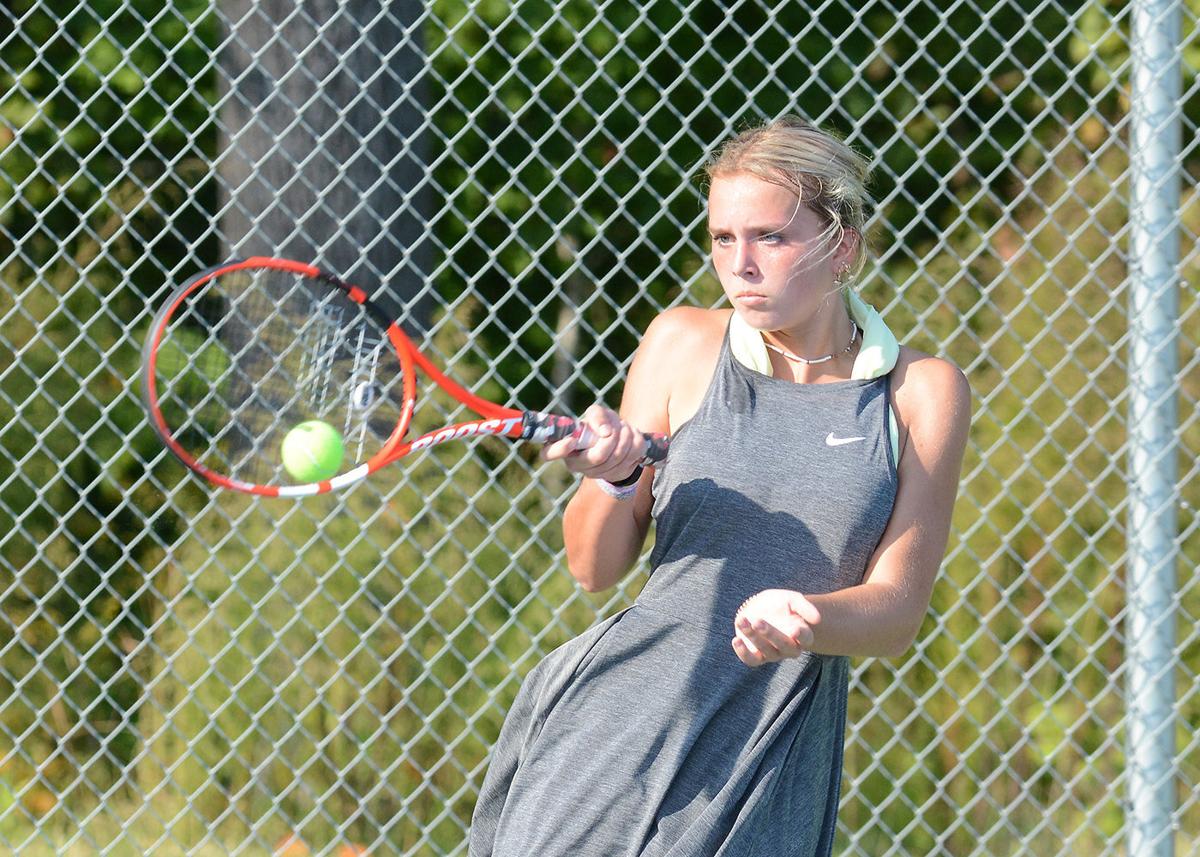 Ledford’s Kayleigh Batcheck hits a shot in her No. 2 singles match during Wednesday’s match against Oak Grove at Oak Grove.

Ledford’s Kayleigh Batcheck hits a shot in her No. 2 singles match during Wednesday’s match against Oak Grove at Oak Grove.

The Panthers were steady up and down the lineup, gaining the advantage in singles play and finishing off the victory in doubles, in beating rival Oak Grove 6-3 in Mid-Piedmont 3A Conference girls tennis Wednesday at Oak Grove.

Kayleigh Batcheck, Abby Dunbar, Brea White and Addison Sage won in singles for the Panthers (9-1-1 overall, 7-1 conference), coming off a key win Monday at Montgomery Central — which handed them their only loss earlier this season. Mila Riggsbee/Dunbar and Shoaf/Sage sealed the win in doubles.

“I think we’re not afraid to go for shots,” Myers said of his team’s advantage throughout the lineup. “So, we don’t push balls. We’re really hitting shots and winners. I think not backing down is the key for us, not getting complacent.

Jessica Fuchs, three-time regional champion during the Grizzlies’ tenure in 2A, won at No. 1 while Kylie Qualters won at No. 5 singles. Fuchs and Kayleigh Warlick then teamed to win at No. 2 singles for Oak Grove (5-5, 4-4), which came in tied for third place with Central Davidson.

“You always want to walk away winning, but at the end of the day they all went out there, had a good time,” Grizzlies coach Zachary Bowers said. “A vast majority of points we had out there went to (advantage). So that speaks to the fact that the players are pretty evenly matched.”

The path to the postseason is narrow for Oak Grove, which features seven seniors — including Marlie Stephenson, a doubles state qualifier the last two seasons. But the goal is still to improve and compete down the stretch.

“We’re just seeing what doubles pairings work,” Bowers said. “We’re trying to work on our fundamentals. Like yesterday, we were working primarily on placement. If you can gain the confidence and skill to go, ‘All right, my opponents there, so I’m going to put it over there,’ that makes a world of difference.

“So, we’re just working on those fundamentals but also trying to keep everyone fresh — we don’t want to be overworking ourselves. That’s something we’ve run into previously. It’s all these girls’ senior year, so I want them to go play. If they haven’t been to conference or regionals, I want them to have that experience. I want them to walk away thinking, ‘This was a blast.’ ”