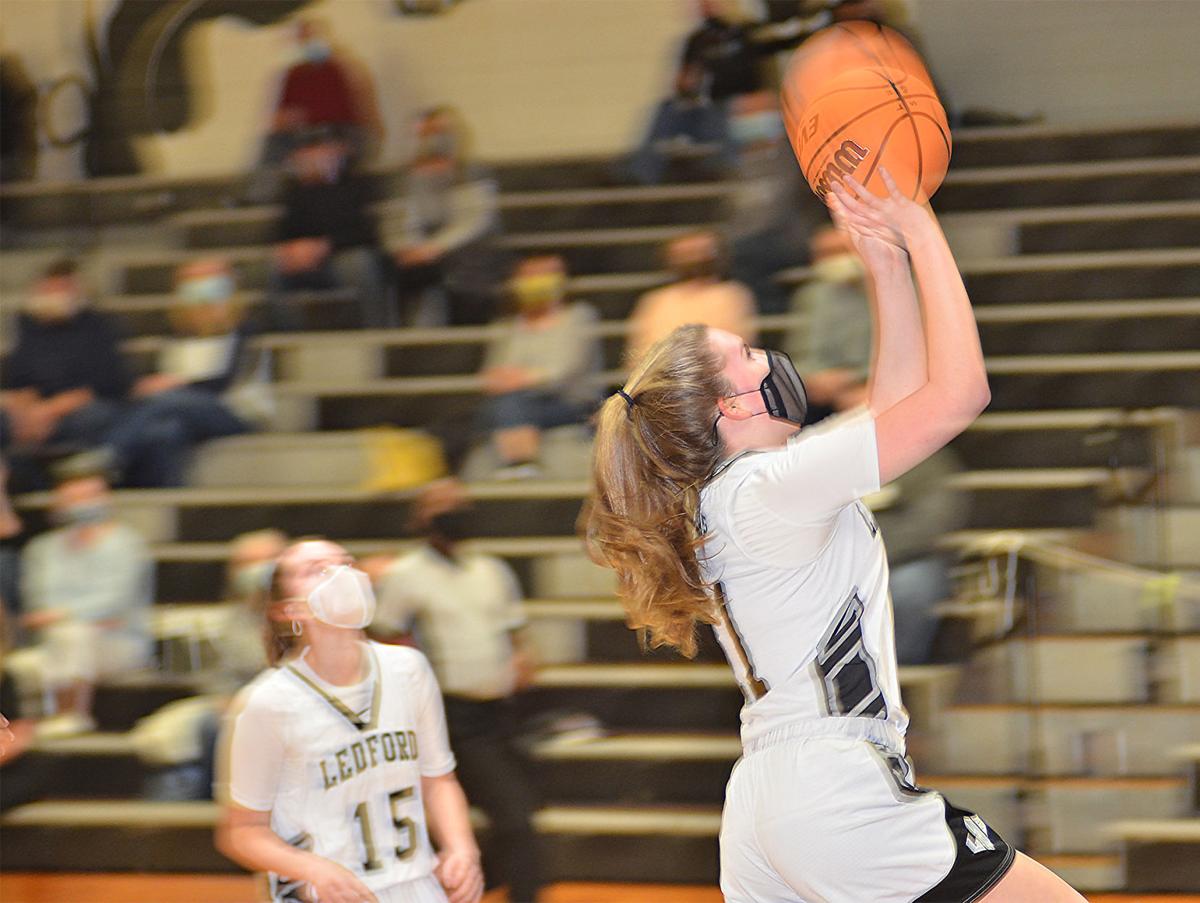 Ledford’s Sarah Ledbetter goes in for a layup during Friday’s game against Thomasville. 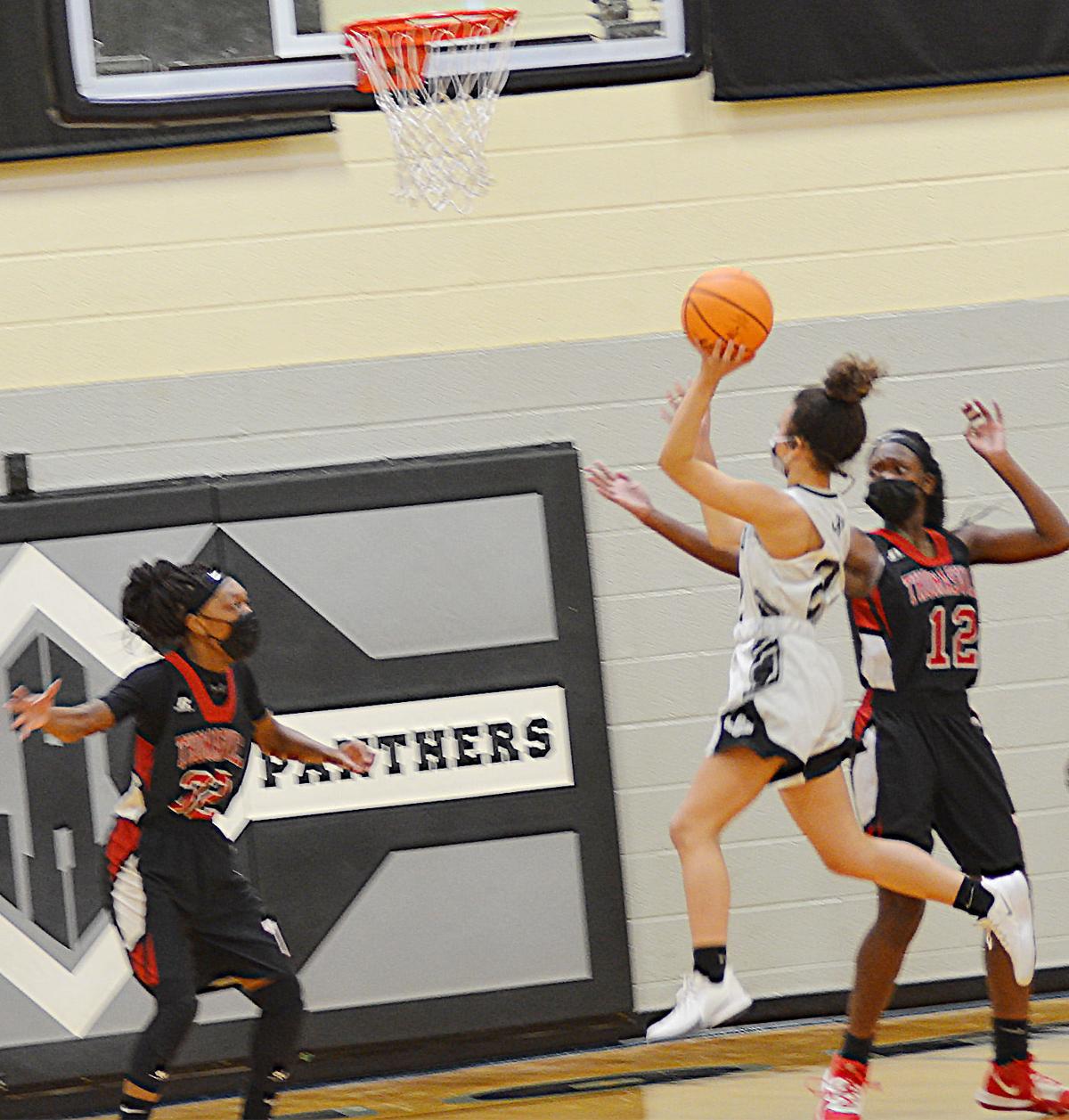 Ledford’s Sarah Ledbetter goes in for a layup during Friday’s game against Thomasville.

In the boys game, the Panthers rallied from 10 down in the third quarter and held on to win 49-48 in an outcome decided when Thomasville’s shot just before the final buzzer missed the mark.

In the girls game, Ledford used its defense to build a 20-point lead by halftime and cruised, 46-35.

Trailing 29-19 early in the third quarter, Ledford (5-0,3-0) created turnovers that led to a couple of easy baskets that sparked what became an 18-4 run the rest of the quarter and a 37-33 lead going into the fourth.

Ledford opened the door for the Bulldogs by missing the front end of two one-and-ones in the last 32 seconds, the last one with 9.5 seconds left. The Panthers cut off the Bulldogs’ first option at the end and a shot from about 10 feet bounded off the rim.

Tyler Partee led the Panthers with 15 points and Owen Finley added 13 followed by Alex Reece with seven and Colt Rumley with six.

Janhir Luckey, who took the last shot, topped Thomasville (0-4, 0-3) with 15 points with Malcolm Knight hitting for 13.

Up four after Thomasville scored the first bucket of the second quarter, Ledford outscored the Bulldogs 17-1 for the rest of the half as it forced turnovers and turned them into layups in spurts.

The blitz put Ledford up 28-8 and after a relatively even third quarter, another surge by the Panthers moved the margin to 46-20 with 4:50 left to go.