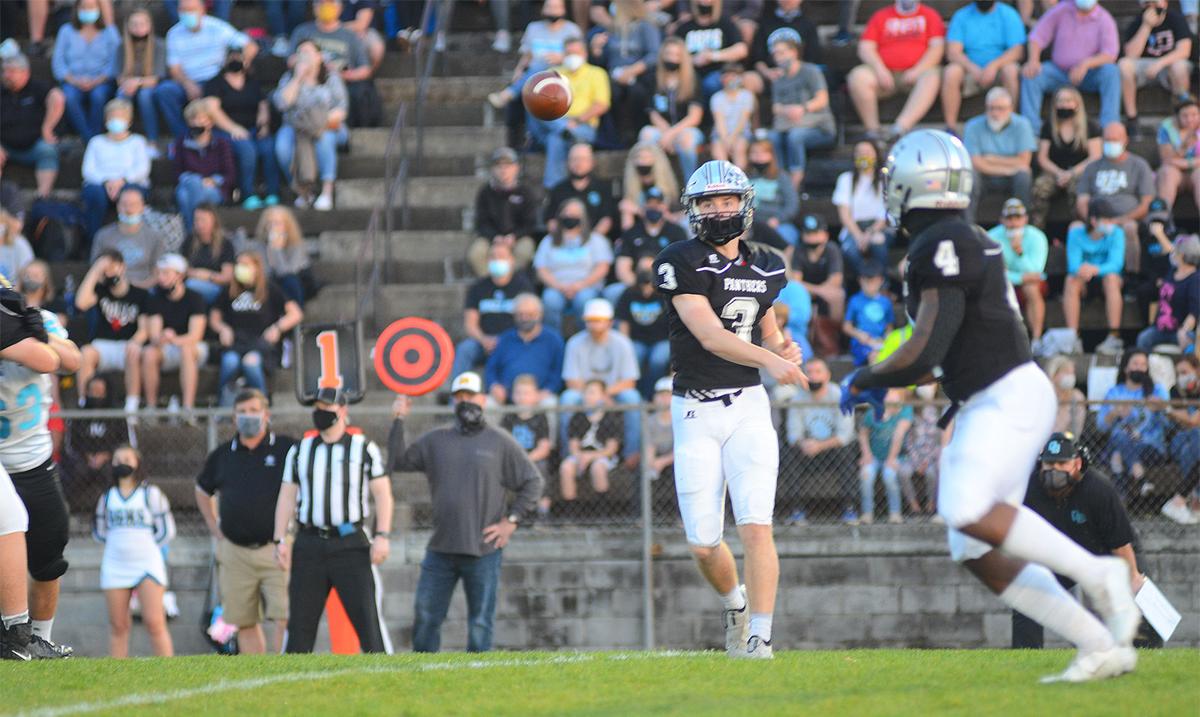 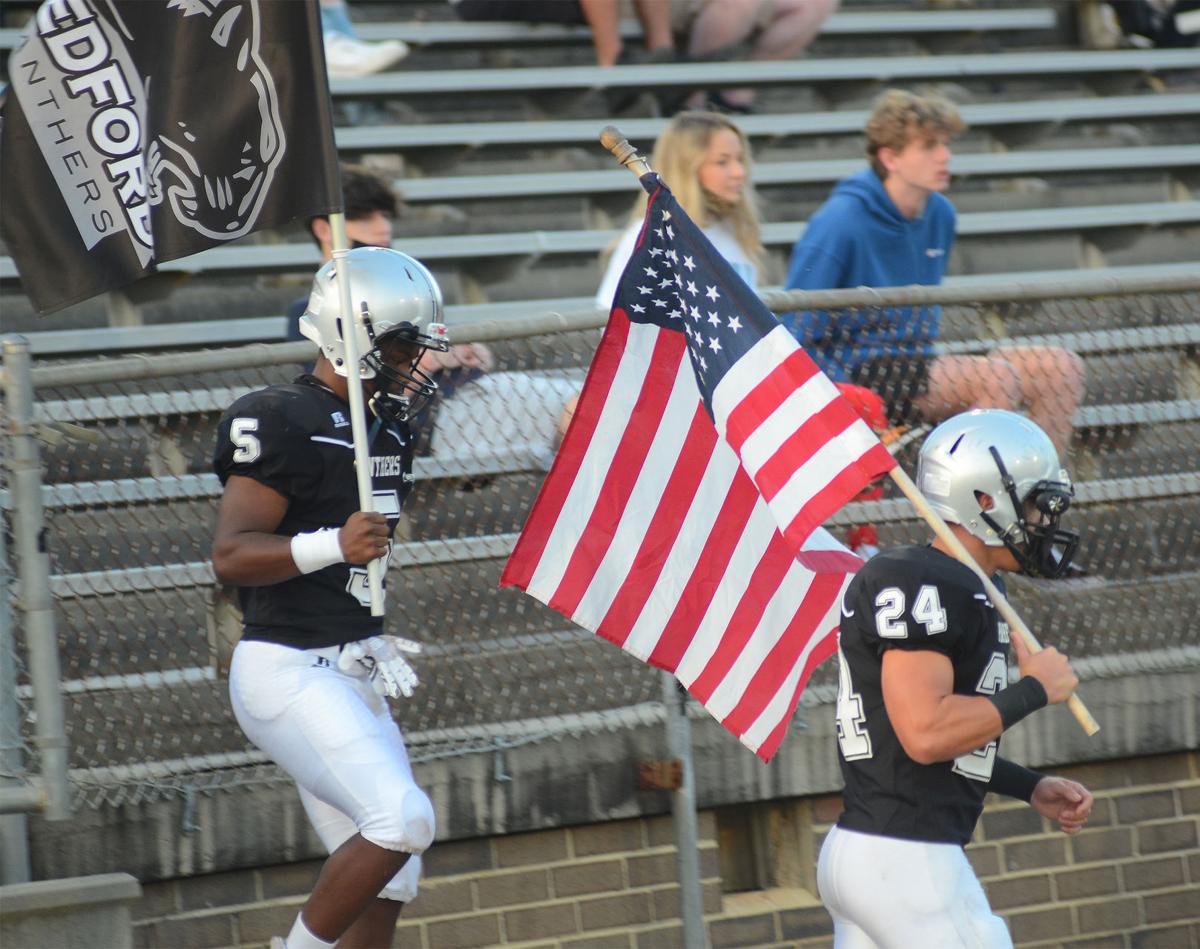 Ledford’s Terrence Williams (5) and Easton Conrad (24) display the colors during pregame Friday prior to the game against Oak Grove.

Ledford’s Terrence Williams (5) and Easton Conrad (24) display the colors during pregame Friday prior to the game against Oak Grove.

WALLBURG — Approaching the end zone Friday night, Ledford quarterback Nathan Carr appeared to have a tie game within his reach.

As it turns out, evening the score would have required six more inches of reach. As the sophomore signal caller came up short at the goal line, Oak Grove escaped with a 28-26 win over Ledford.

What would ultimately be the deciding play came at the heels of a third explosive touchdown run by Panthers tailback Christian Franklin. On the previous play, Franklin had broken into the open field, evading would-be Grizzly tacklers on his way to the score that brought Ledford within two points of breaking even with just over a minute to play.

The ensuing 2-point conversion failed, however, as Carr took a direct snap and attempted to round the corner and stretch the ball toward the pylon. It was jarred loose mere inches from the end zone.

“Two points away — that’s not a lot, but we’ve got to find a way to get the little things,” Panthers coach Chris Adams said. “It’s the little things we’ve got to get corrected to find those two points moving forward. We want to keep playing a lot of football with this team. This is a special team. We’re finally starting to figure out how good we can be, and it’s fun to watch.”

Trailing Oak Grove 21-7 at halftime, the Panthers hammered away at the deficit throughout the second half. Carr’s 28-yard touchdown pass to CJ Compton midway through the third quarter cut the margin in half.

Franklin ate into that lead even further to start the fourth quarter when he scampered 66 yards to pay dirt. The extra point hit the left upright following his run, leaving the score at 21-20 in favor of the Grizzlies.

It was Franklin’s resilience that had Ledford in striking distance after he continued to find ways to wash the bitter taste of losing a fumble at the Grizzlies’ goal line earlier in the contest.

Adams reiterated that his team is capable of making a deep run in spite of falling behind in a crowded Central Carolina 2-A Conference race. Near misses against North Davidson and Oak Grove have not dampened his enthusiasm for what he sees as the ceiling for his group.

“We just made a few too many mistakes against a quality football team,” Adams said.

Ledford (3-2, 2-2 CCC 2-A) is scheduled to square off with yet another talented conference foe in Salisbury tomorrow at 6:30 p.m.