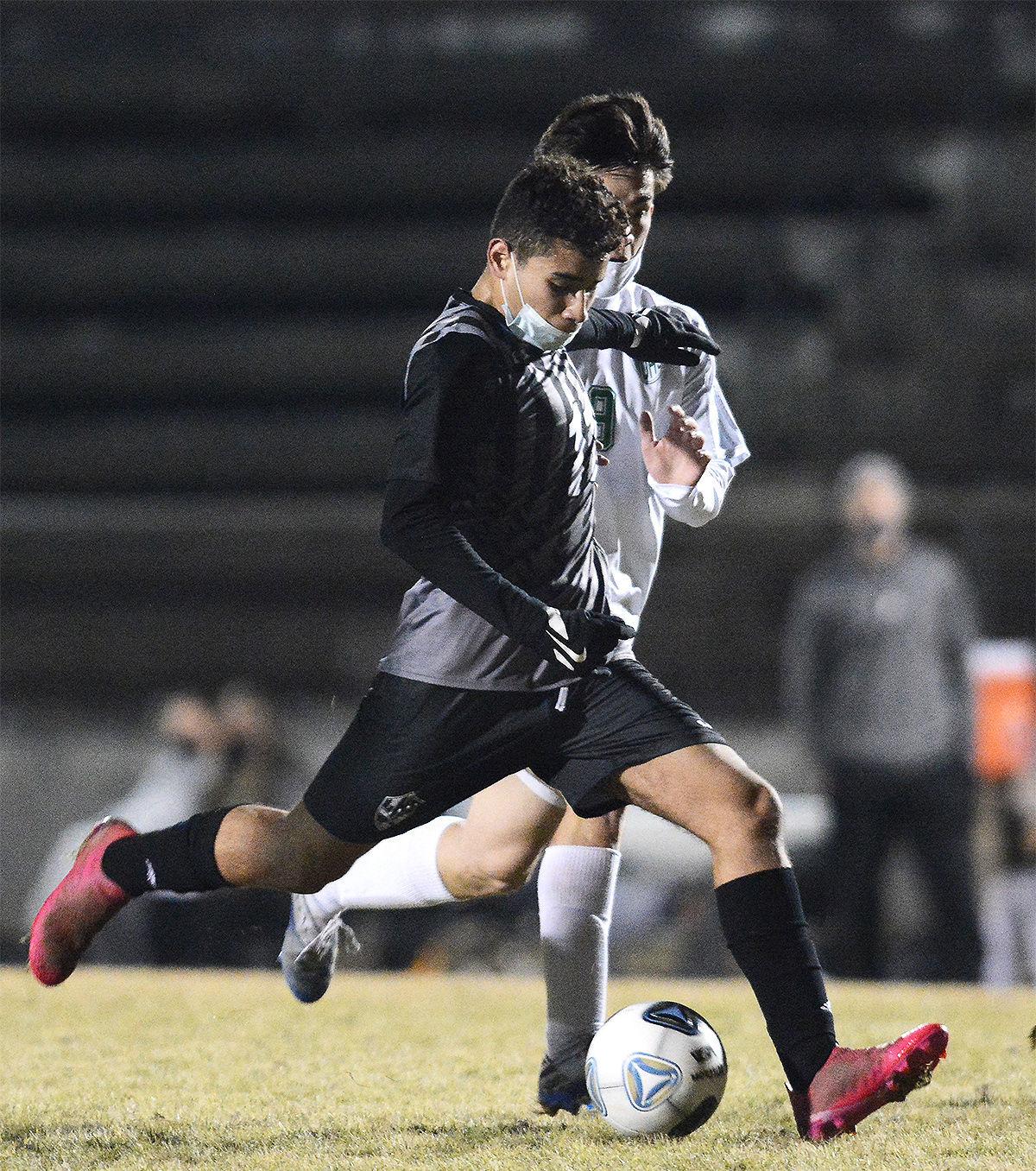 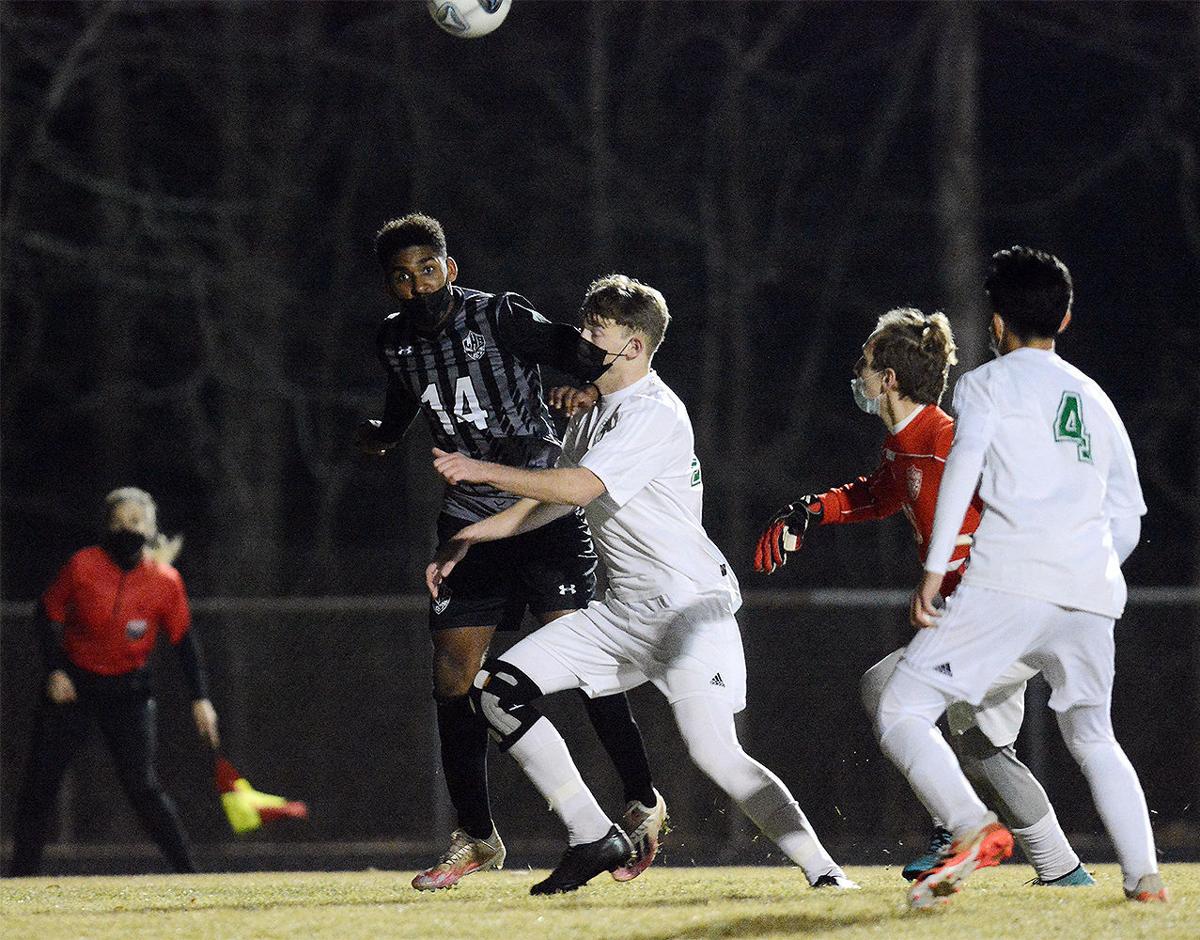 Ledford’s Justin Seelal, left, heads the ball past the defense and into the goal during last Wednesday’s match against West Davidson. 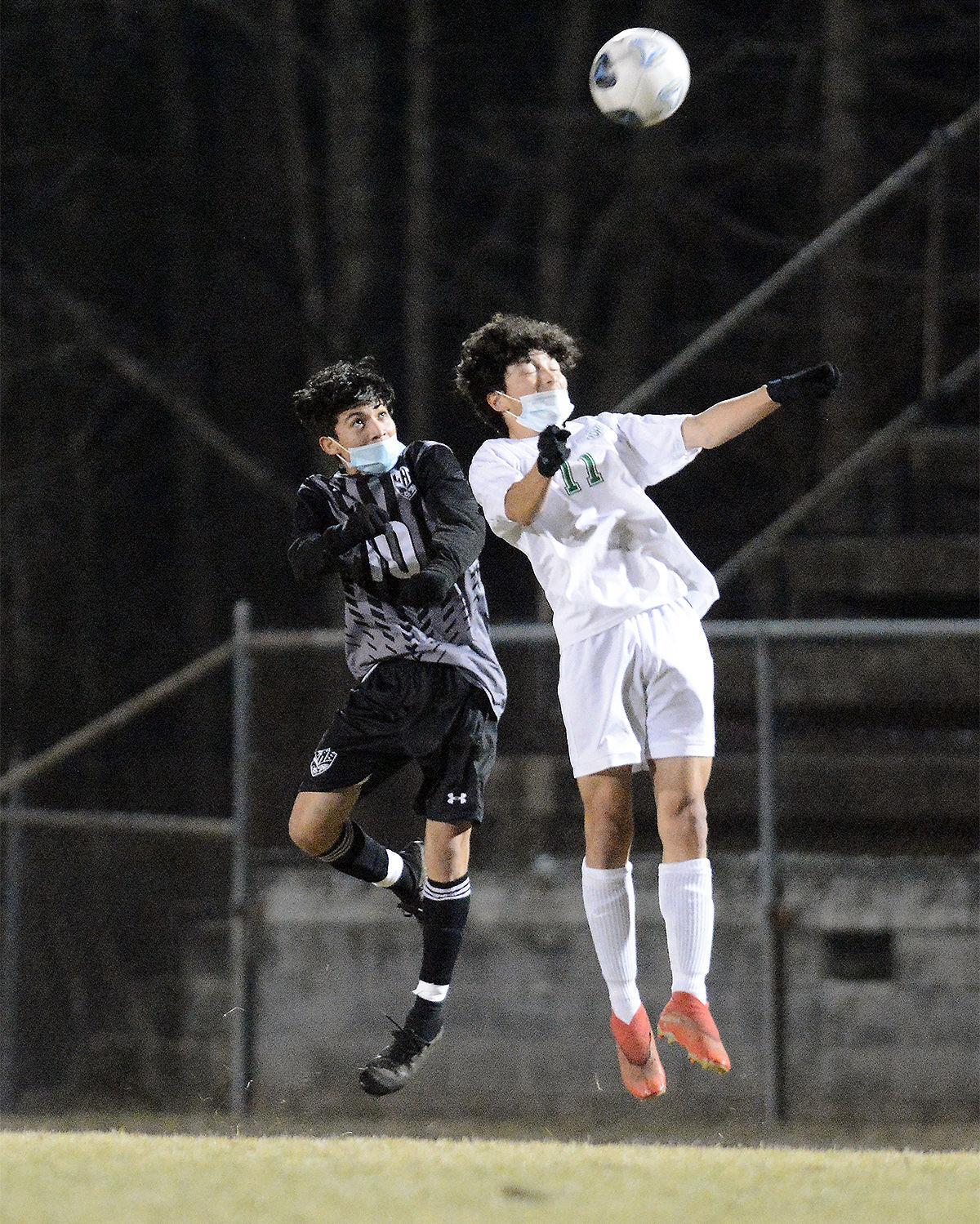 Ledford’s Justin Seelal, left, heads the ball past the defense and into the goal during last Wednesday’s match against West Davidson.

WALLBURG — Ledford started its conference schedule on a positive note.

The Panthers took the lead in the opening 10 minutes, controlled much of the run of play and pulled away in the second half to beat West Davidson 3-0 in Central Carolina 2A Conference boys soccer last week at Ledford.

“We thought we played well,” Ledford coach John Blake said. “We dictated the pace, and I thought we passed the ball around real well. It’s one of those frustrating games for a team like ours because they’re really good defensively. So, it might not show up on the scoreboard, but it showed in our passing.”

Carlos Contreras, Charles Joseph Lamb and Justin Seelal each scored one goal for the Panthers (4-1 overall, 1-0 conference), who reached the fourth round of the state playoffs last year. Steven Joya added an assist.

“Coach talked with us and said we had to circulate the ball,” Seelal said, describing what eventually broke the game open. “We were trying to force it upfield and it wasn’t working. So, once we started circulating it, no one was near to us and it worked out well.”

Ledford took the lead eight minutes in when Joya centered a pass from the side to Contreras in front. It possessed and moved the ball well, but through halftime it couldn’t add to its advantage.

The Panthers’ best chance to pull away came on a penalty kick as time expired in the half. But their shooter slipped as he met the ball and his shot sailed high and wide of the net, and they settled for a precarious 1-0 lead into halftime.

“I thought we had plenty of opportunities,” Blake said. “Some of it just comes with experience — we hadn’t been in a game like that yet. We were trying to get that second goal, and I think our guys in the back of their minds felt if we got the second goal then we had it.

“So, we had opportunities in the box. We had a lot of dynamic runs and movements. But eventually it came. We just tried to not let them dictate what we do. We just wanted to keep passing, keep circulating the ball, rather than just try to score. That was something our guys figured out in the second half.”

Ledford continued to apply steady pressure, although the Dragons (3-1-1, 0-1) had the occasional chance of their own. In the final 10 minutes, however, the Panthers finally pulled away and sealed the outcome.

Camden Wray drew a foul along the left endline, and Lamb netted the ensuing penalty kick in the 72nd minute. And, in the 75th minute, Seelal capitalized on a header after a spinning ball near the goal eluded West’s defense.

“It was big,” Seelal said of extending the lead. “It let us have a little bit of leeway. We could relax and get the ball.”

Cooper Reich, making five saves, earned the shutout in goal for Ledford. It will next play Monday at South Rowan.

“We’re off to a great start,” Blake said. “We’re out of the nonconference schedule and we were very successful there. This is our first conference win, and West is always a tough game for us — they’re very well-coached. I think we’re playing really well, and I think we have a chance to be very good.”