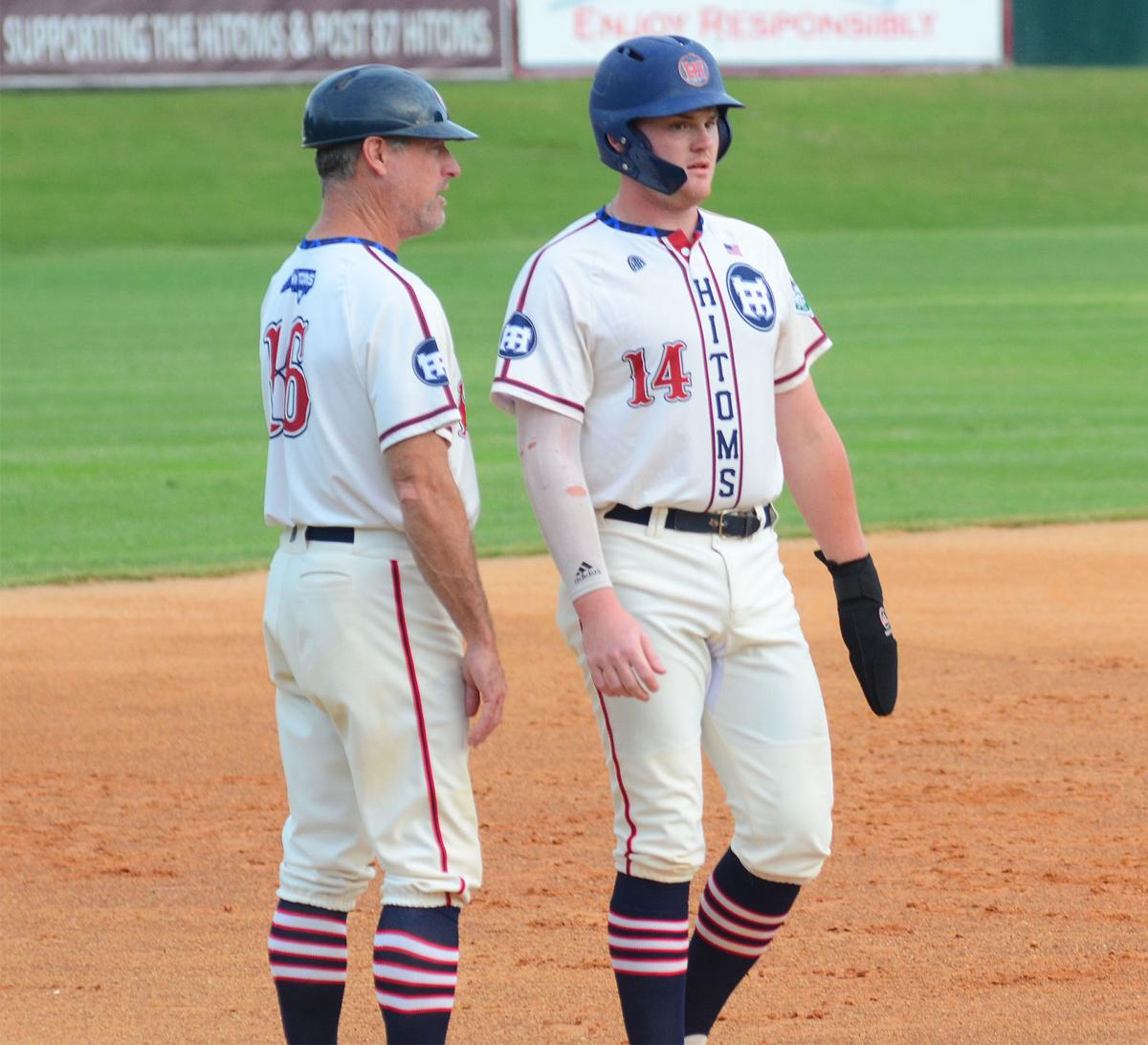 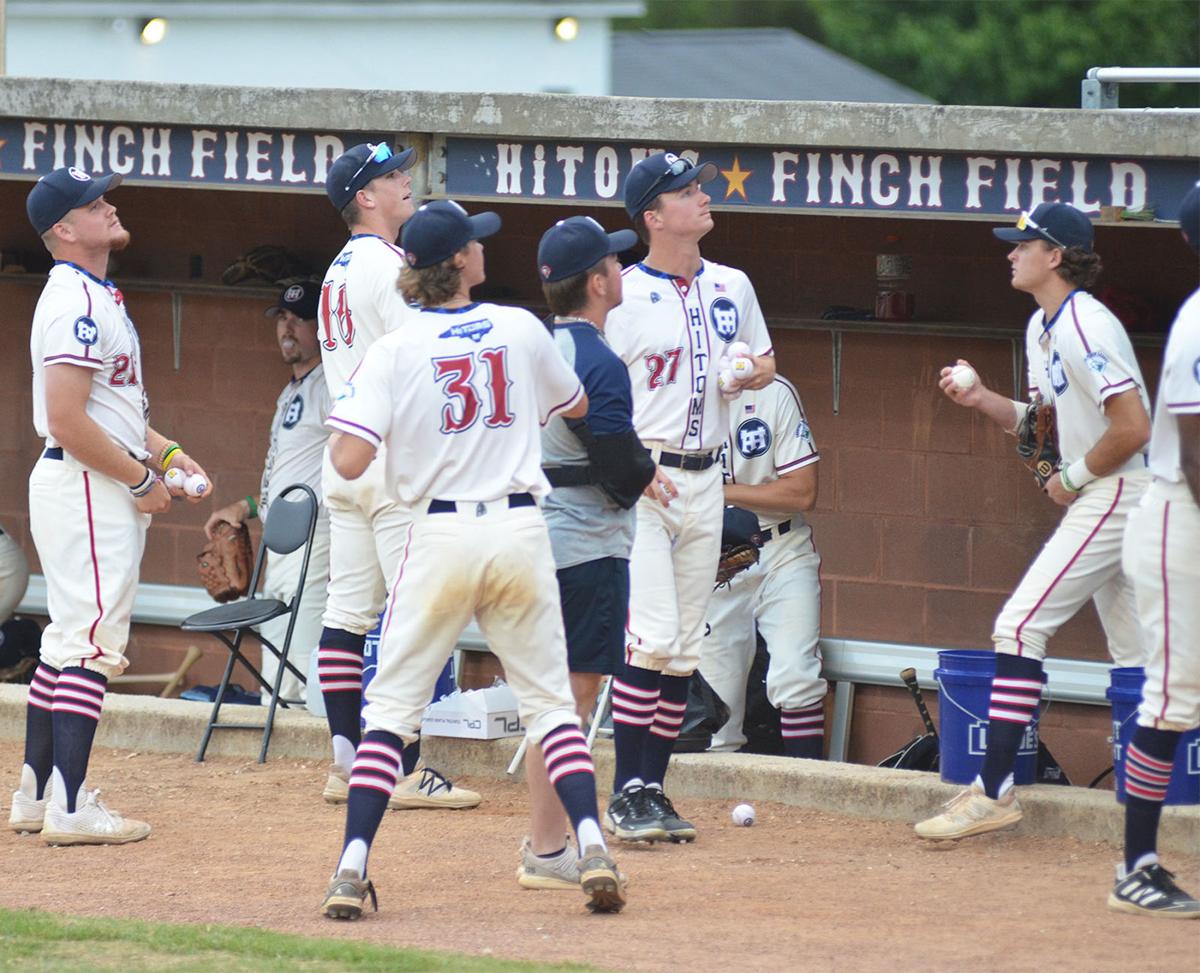 HiToms players toss baseballs into the stands during a break in the action. 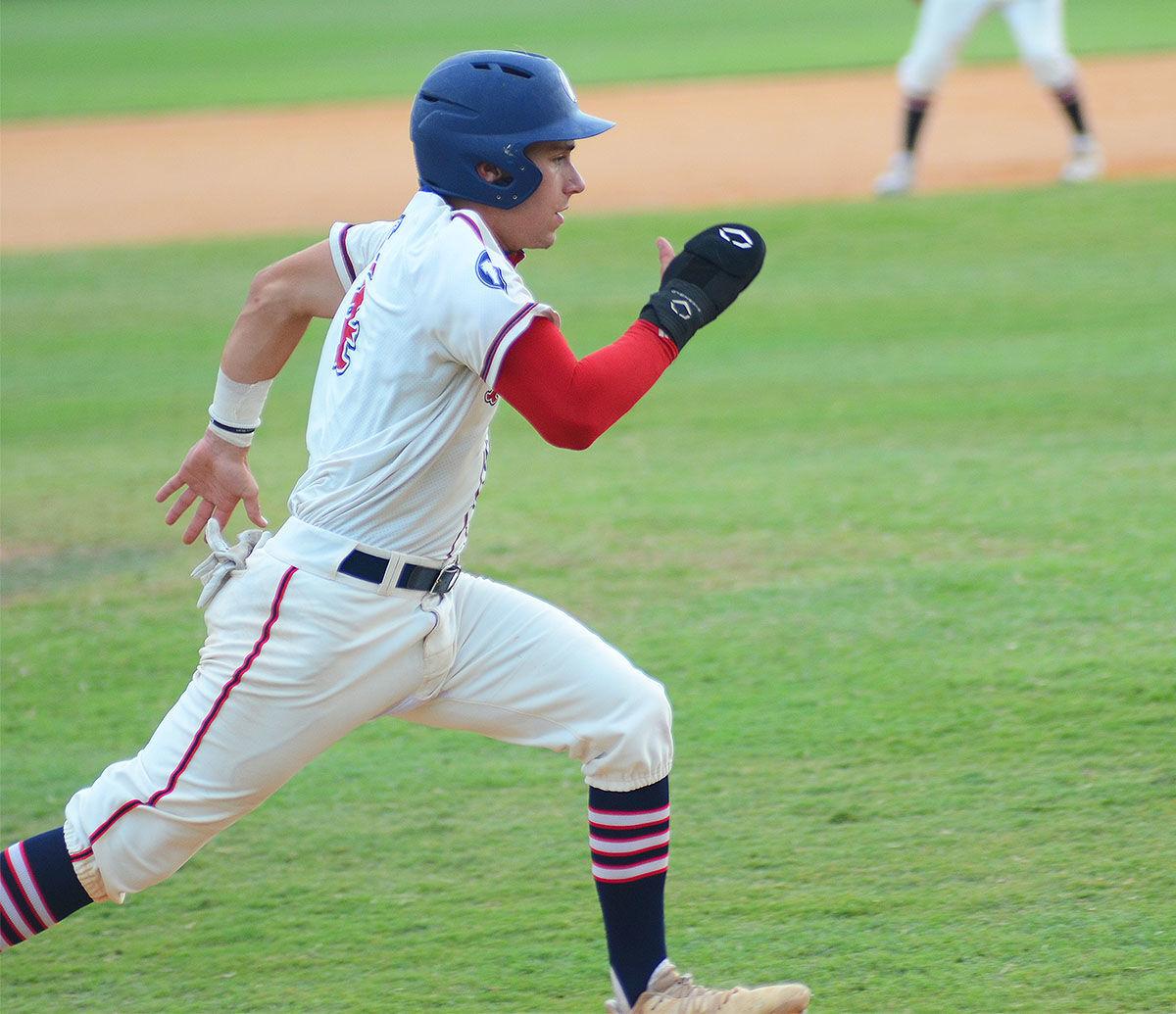 HiToms catcher Chet Sykes sprints home for one of the team’s seven runs, as they topped Martinsville, 7-5. 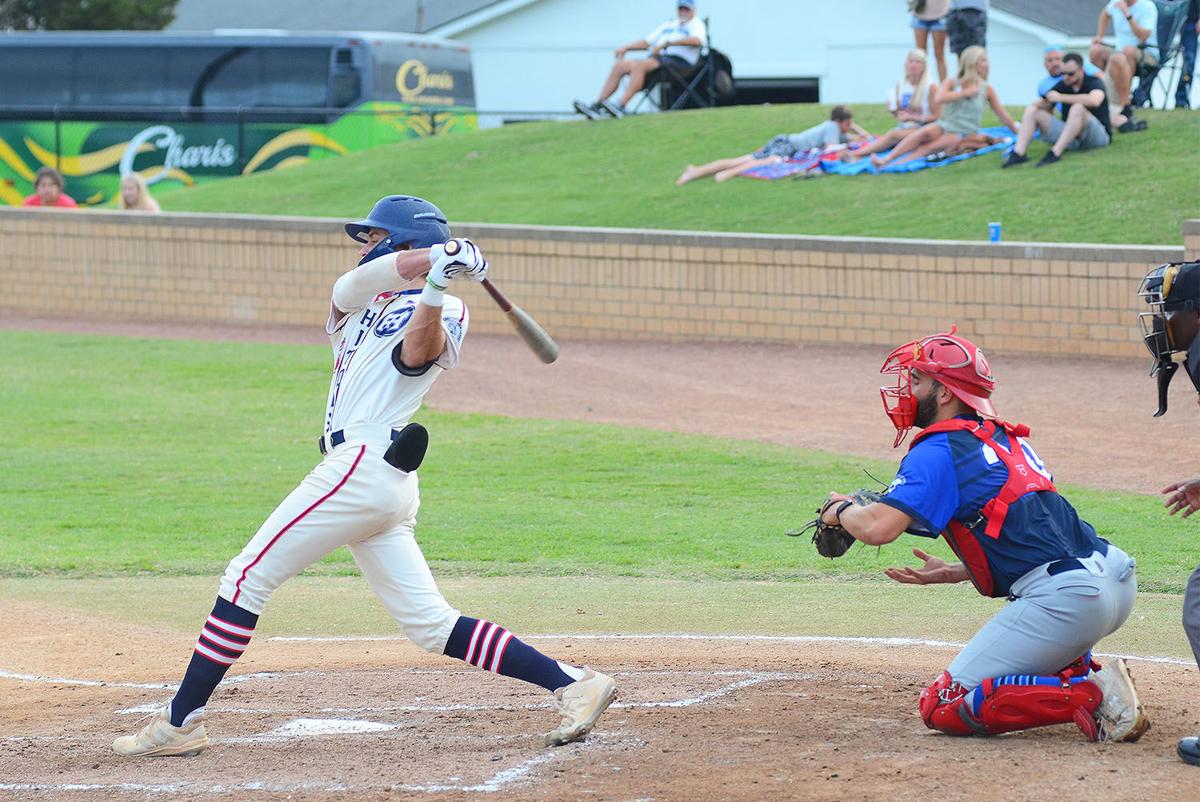 HiToms’ infielder Matt Corder takes a cut at a pitch at Finch Field in a 7-5 victory over the Martinsville Mustangs.

HiToms players toss baseballs into the stands during a break in the action.

HiToms catcher Chet Sykes sprints home for one of the team’s seven runs, as they topped Martinsville, 7-5.

HiToms’ infielder Matt Corder takes a cut at a pitch at Finch Field in a 7-5 victory over the Martinsville Mustangs.

THOMASVILLE — Entering a critical portion of their 2021 schedule, the High Point-Thomasville HiToms are riding a roller coaster of sorts as they prepare to take on Martinsville tonight at Hooker Field.

Coming off a 7-5 victory last week over the Mustangs, the HiToms began the month of July with a mixed bag of recent results. In the last meeting between the clubs, HPT jumped out to a 2-0 lead courtesy of a two-run second inning that set the tone for the evening.

Martinsville would rally to tie it in the fourth and then put together a three-run inning in the fifth to build a 5-2 lead, but HPT came storming back, ending the game with five unanswered runs.

“We’d been struggling offensively for the past five to six ball games, and I’ve told the kids, at this level, it’s a marathon and not a sprint,” HiToms’ coach Scott Davis said. “We’re going to struggle and we’re going to lose some ball games, but we have to be able to flush it and move on, because there’s another day coming.

“Tonight was one of those games where … we were able to score a bunch of runs there and win the game.”

The HiToms will look to do the same tonight as they attempt to put together a complete league game at the plate and on the mound as they did the last time out against the Mustangs. Wins over Asheboro and the Greensboro Monarchs to close out the month of June were shootouts in which the team outscored its opponents.

Even as the offense slumped in the six-game stretch preceding the 7-5 win over Martinsville, the HiToms’ pitching allowed the squad to tally wins over that period in spite of the offensive struggles.

A particular bright spot for the HiToms this season has been Will Lancaster, who started that game against Martinsville. The Lexington native leads the team in strikeouts and sported a 1.96 ERA through 18⅓ innings as of the end of June. Colin Sells picked up the win against Martinsville after pitching the second half of that one and carried a 1.13 ERA into the final month of the regular season.

As the team continues its stretch run, Davis is encouraging his players to take the slate one play at a time, because the tumultuous nature of Coastal Plain League baseball can make or break a team’s fate. His hope is that HPT will catch fire at the right time.

“Any win in the CPL is big,” Davis said. “All of these guys can play. My philosophy at this level is next inning, next [at-bat], find a way to get on and let’s go 90 feet. Just like a dime, it can change. That’s the way this league is.”

Tomorrow night the HiToms will play the Forest City Owls at 5 p.m. at Finch Field.