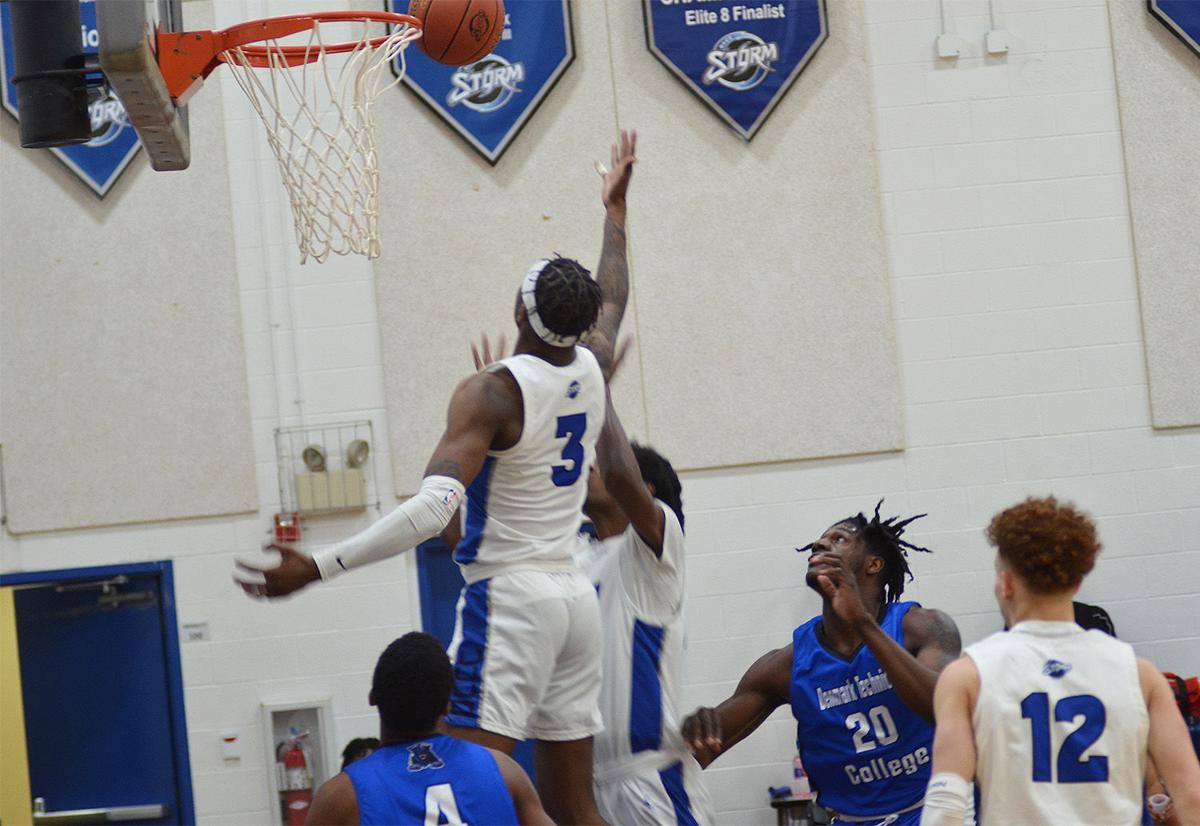 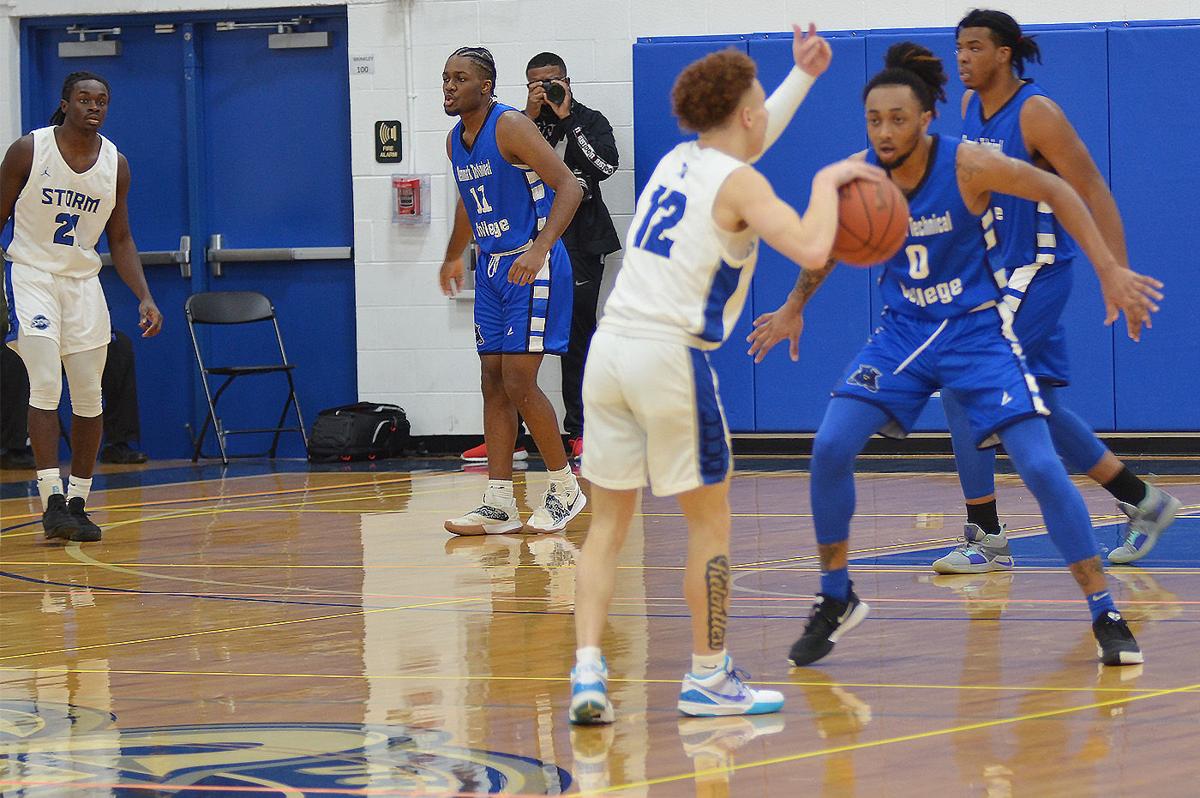 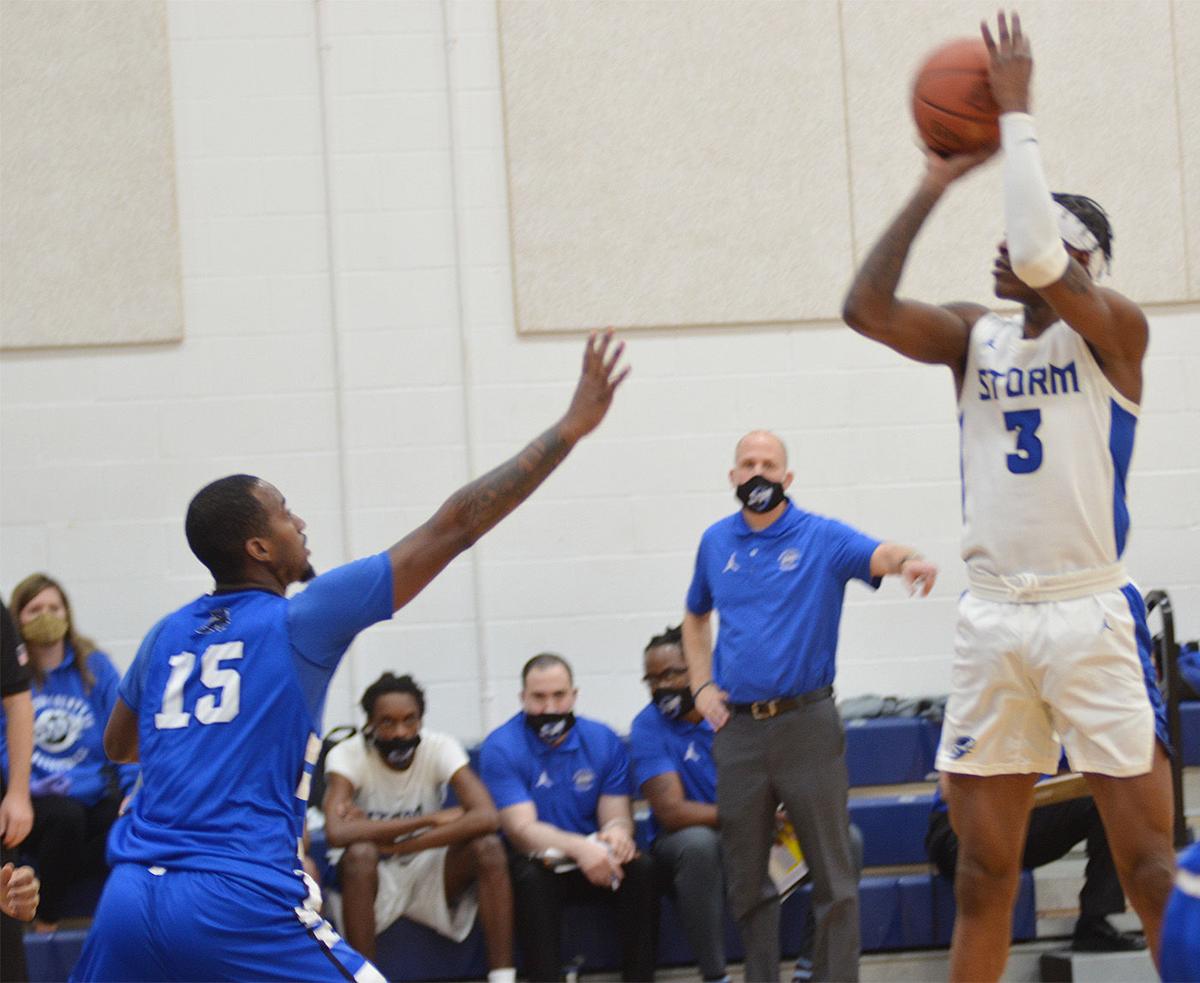 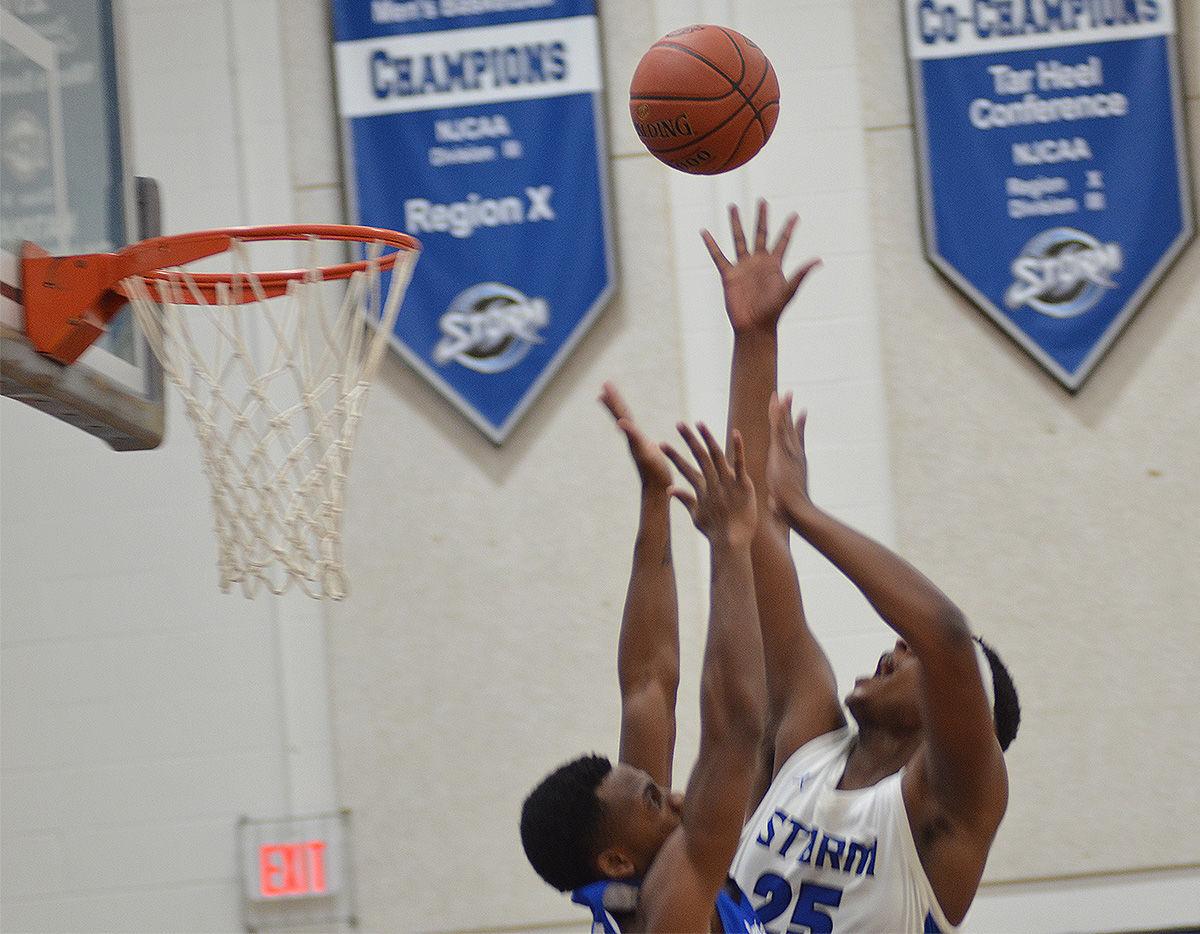 Na’Zae Baltimore skies for the rebound and offers at a put-back attempt in Wednesday’s season opener against Denmark Tech.

Na’Zae Baltimore skies for the rebound and offers at a put-back attempt in Wednesday’s season opener against Denmark Tech.

THOMASVILLE — Davidson Davie Community College got off to an early start and parlayed that run into a 71-64 victory in the school’s opening game of the 2020-2021 season.

After surrendering the first points of the game, the Storm promptly went on a 9-0 run and built a lead it would never surrender. DDCC coach Matt Ridge said after the long layoff, his squad was eager to get off to a good start.

“I think the kids were just so ready to play somebody other than a teammate,” Ridge said. “We’ve had 62 practices and not played a regular season game.”

Five Storm players scored in double figures, and the team held the Panthers to just 21 points in the opening half. Ridge said he was pleased with the effort defensively, but believes there is much room for improvement after his team shot just 35.2% from the field.

“We took some really bad shots,” Ridge said. “I’ve got to do a better job coaching the kids up on shot selection.”

The game was played inside the Brinkley Gymnasium on the campus of DDCC, but had a different atmosphere than the one Storm fans are accustomed to enjoying. That is due largely to the fact no fans are allowed to attend home games this season due to the COVID-19 pandemic.

Games are streamed online, however, at https://www.davidsondavie.edu/live-basketball.

The Storm will look to get back on track Monday when the team hits the road for Caldwell Community College, a longtime DDCC rival. In order to build on the successes his team sustained throughout its first contest, Ridge believes defensive effort like was shown Wednesday must be accompanied by headier offensive play against Caldwell.

“I do think, defensively, we did some good things off the ball,” Ridge said. “We were getting some big-time stops down the stretch, but it just wasn’t a good flow to the game. We never got out on the break consistently like we try to emphasize, get some easy buckets. We’ve got to push the ball better, we’ve got to pass ahead better. That starts with me getting these kids to understand that every possession is important, and instead of jogging, you’ve got to sprint to play here.”