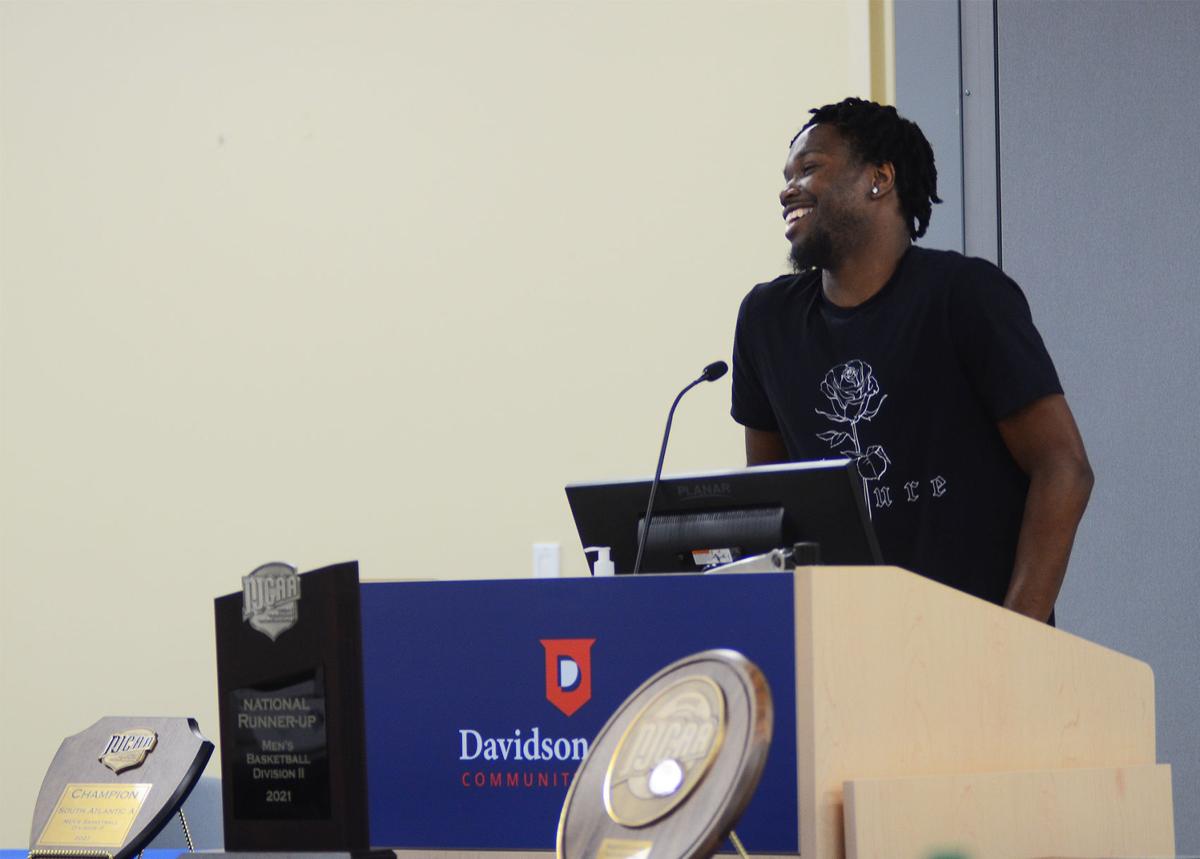 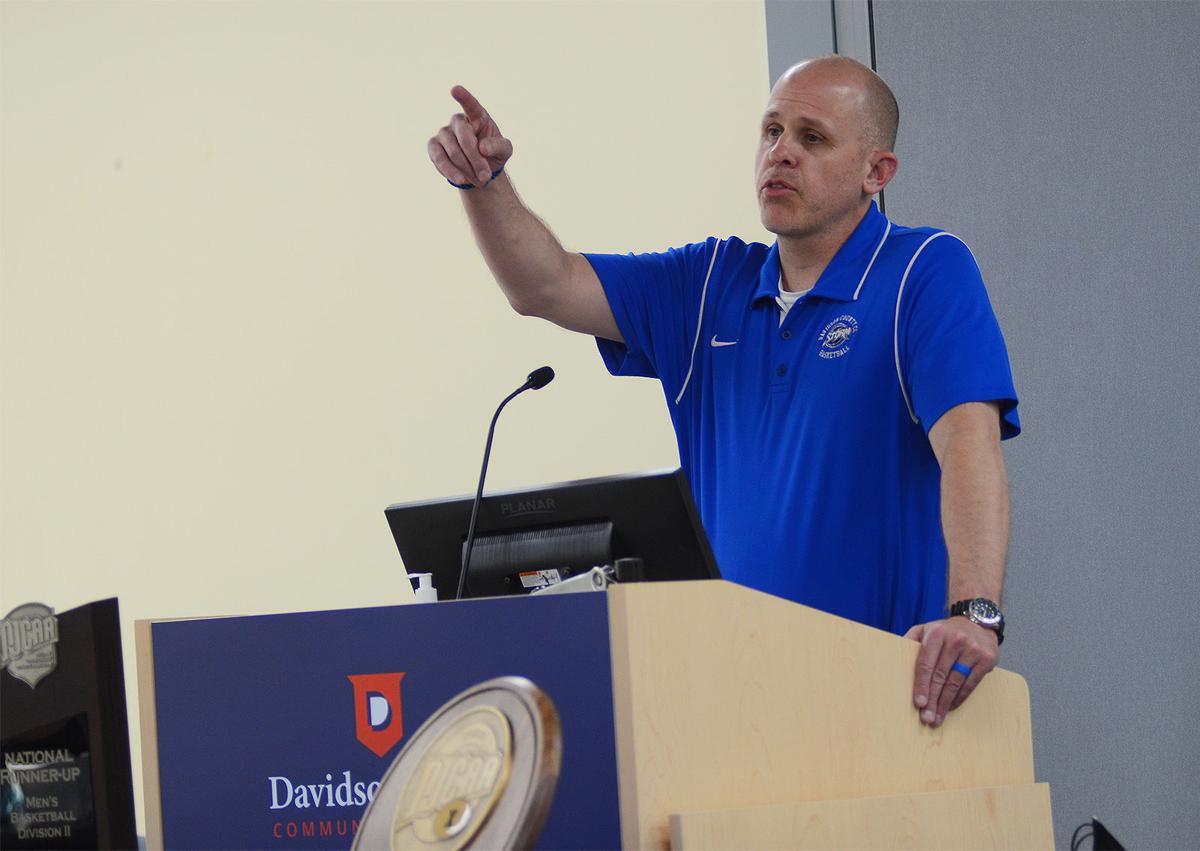 Storm coach Matt Ridge congratulates individual team members who were a part of a 23-3 season capped by a runner-up finish in the NJCAA Division II championship game. 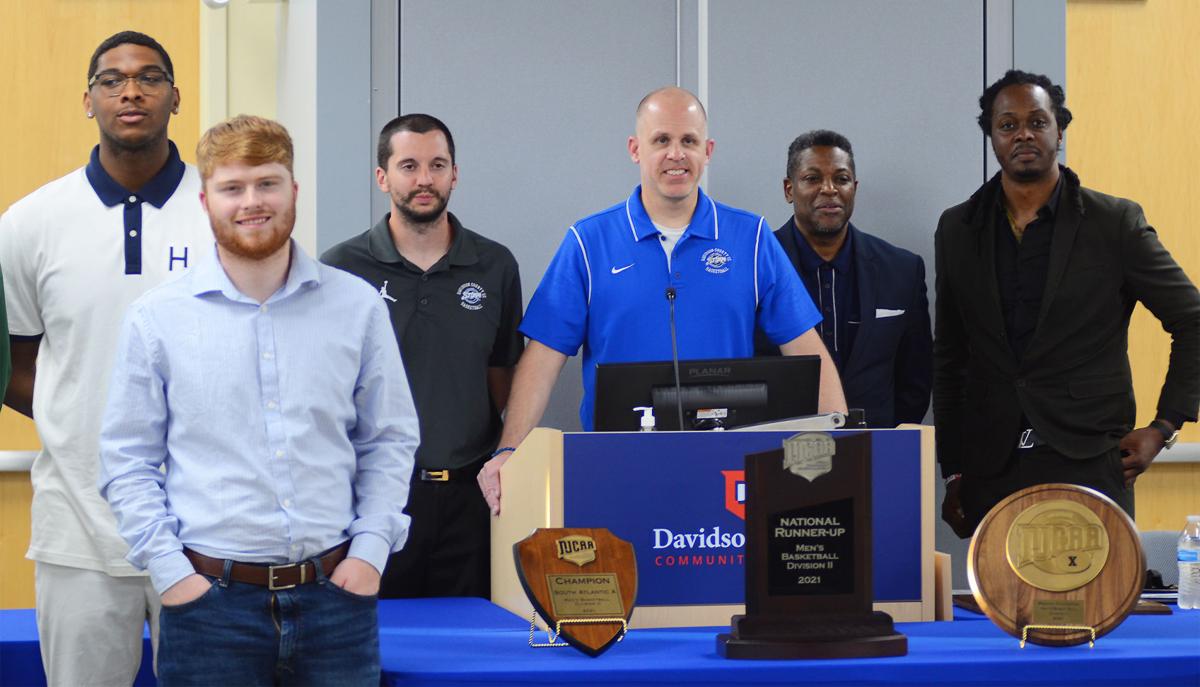 Storm coach Matt Ridge congratulates individual team members who were a part of a 23-3 season capped by a runner-up finish in the NJCAA Division II championship game.

With an overall record of 23-3, the Storm were regular season champions, Region 10 Tournament champions, South Atlantic A District Tournament champions and the NJCAA National Tournament runner up. After clinching the No. 1 seed in the national tournament, the team ripped off a trio of wins to set up a clash in the title game before ultimately falling to Des Moines Area Community College in the final.

Storm coach Matt Ridge credited his team, not only for the accomplishments on the court, but for the strides he saw them make as the season wore on.

“I just could not be more proud of the guys in the run they made and their ability mentally to approach success like failure and stay humble and not let success run to their head,” Ridge said. “The chemistry of this team was special. … One of the greatest feelings any college coach can have is to be able to watch their group put all individual goals aside to reach a common goal.

“As coaches, we got to watch our guys climb a ladder, cut down nets and celebrate, not just with ourselves, but with their families.”

DDCC Athletic Director Ken Kirk, who is retiring effective July 1, thanked the players, coaches, staff and fans for their support in his 31 years at the school. Kirk explained that although he would step away from the day-to-day activities associated with helming the athletic program, he would be in attendance for Storm home games and remain close to the group.

Javeon Jones, who served as team captain, recounted several memories from the season and thanked Ridge for the impact he made. Both Jones and Kirk referred to the elusive national championship the Storm has fought to bring to Thomasville.

“I know we all enjoyed this year, and we came up short, but we’re going to do what we have to do to get that national championship,” Jones said. “I feel like we all can make that promise. I feel like we can all say that we’re going to go home or stay, work on our flaws, not just on the court but off the court. It’s more important to give back as a person and not just as a player, because the ball can stop bouncing, and what do you have to look back on?”