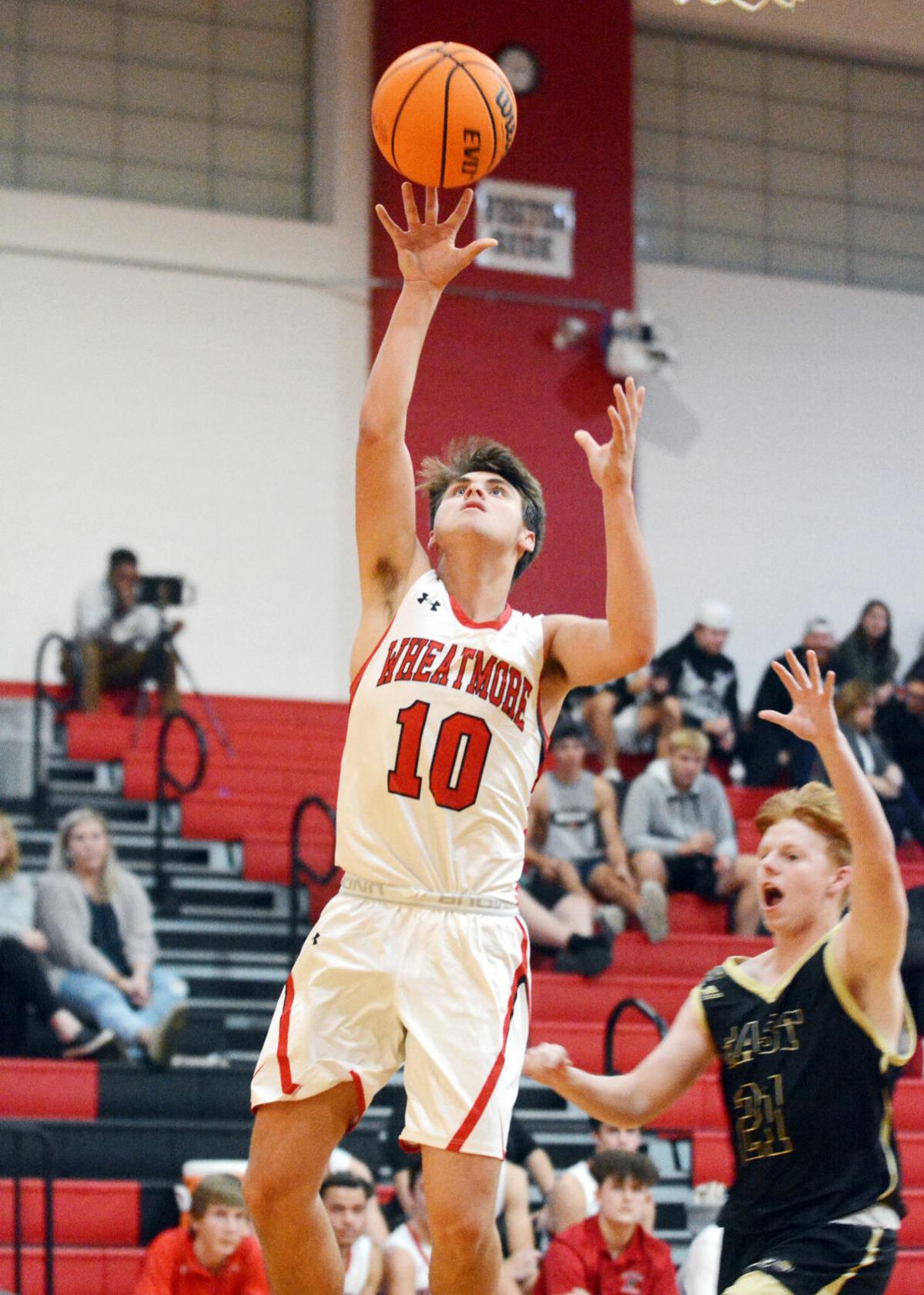 Wheatmore’s Tyler Kimball (10) goes up for a layup while East Davidson’s Tripp Beck defends during Monday’s game at Wheatmore. 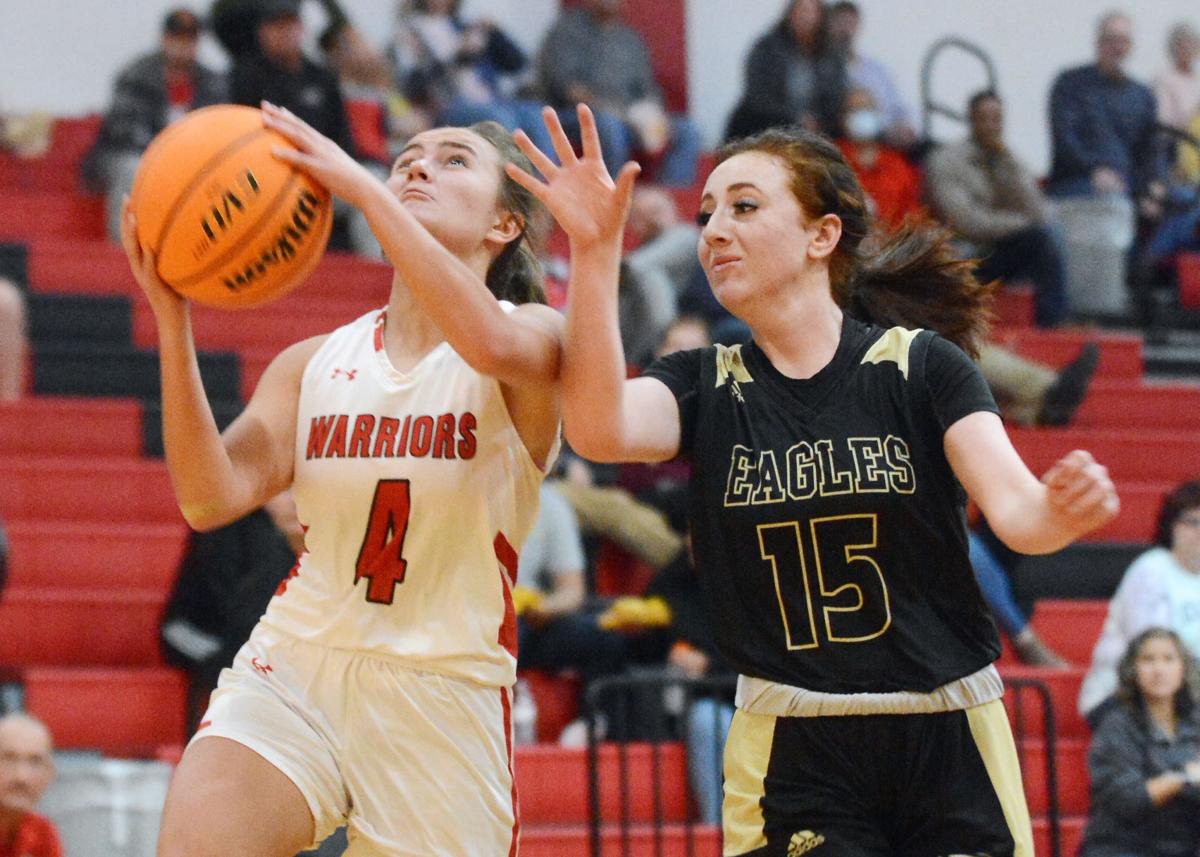 Wheatmore’s Kara Comer, left, goes up for a shot against East Davidson’s Josie Baxley during Monday’s game at Wheatmore. 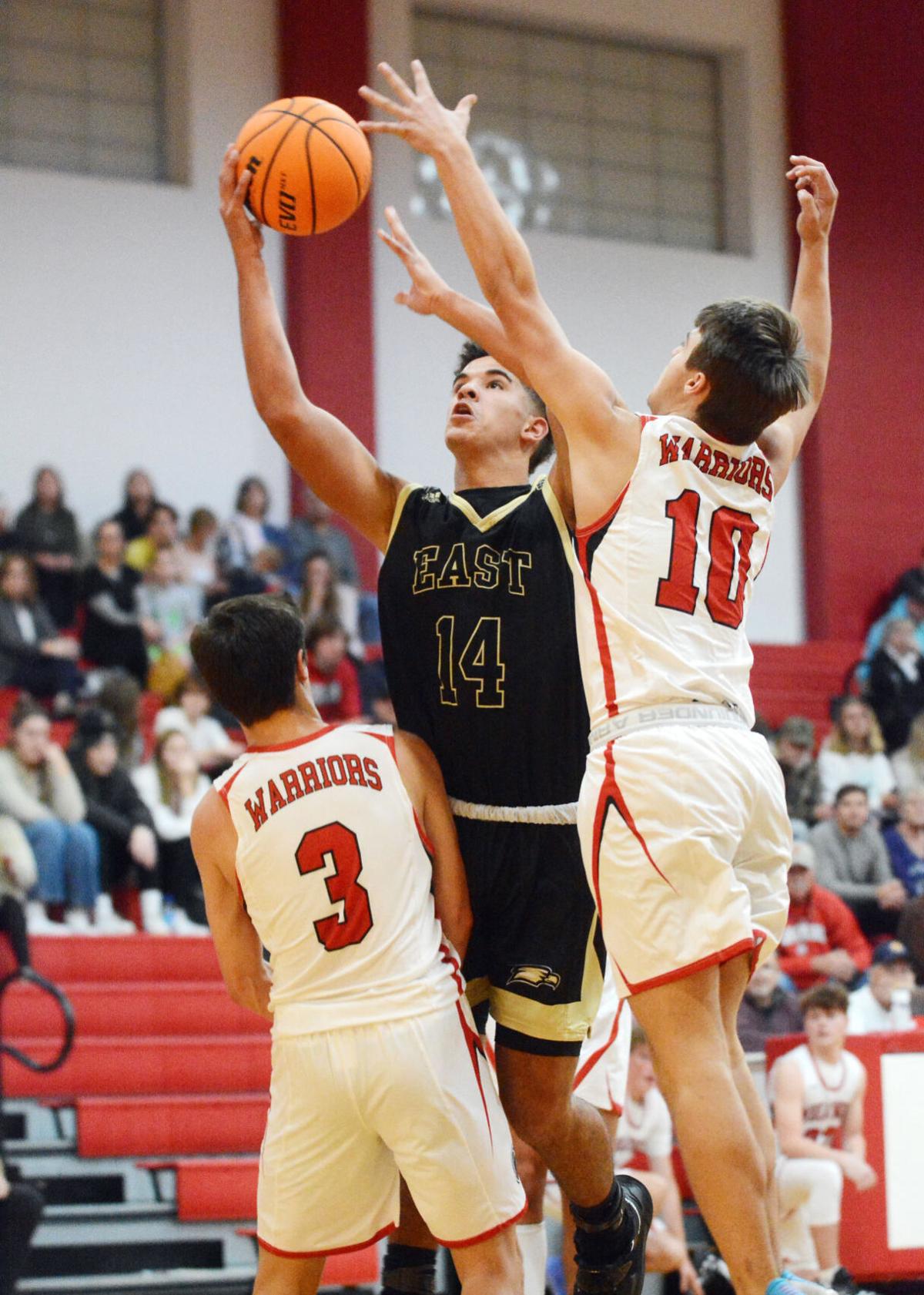 East Davidson's Brogan Hill, center, goes up for a shot during Monday's game against Wheatmore at Wheatmore. 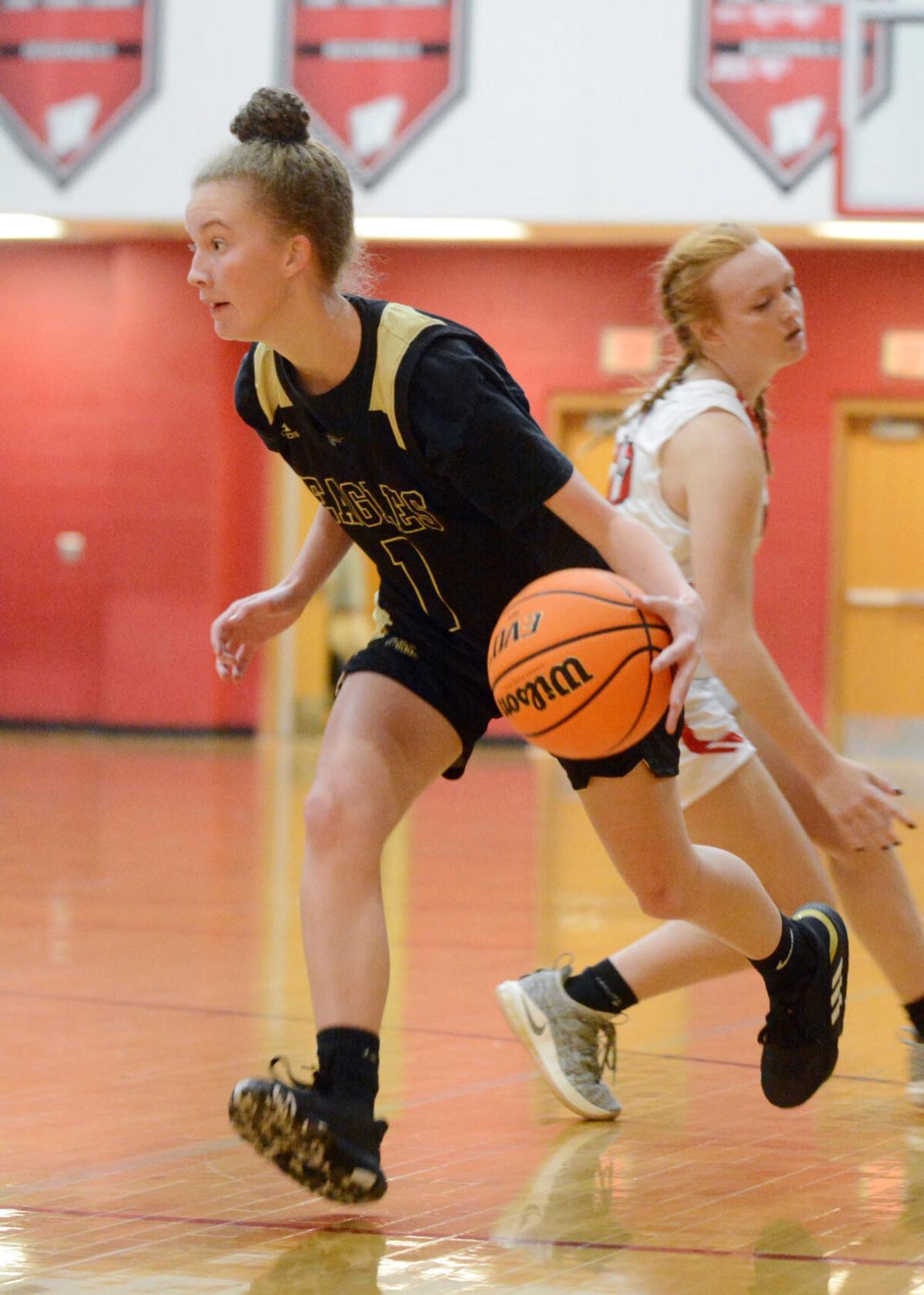 East Davidson's Emily Greene (1) dribbles to the basket during Monday's game against Wheatmore at Wheatmore.

Wheatmore’s Tyler Kimball (10) goes up for a layup while East Davidson’s Tripp Beck defends during Monday’s game at Wheatmore.

Wheatmore’s Kara Comer, left, goes up for a shot against East Davidson’s Josie Baxley during Monday’s game at Wheatmore.

East Davidson's Brogan Hill, center, goes up for a shot during Monday's game against Wheatmore at Wheatmore.

East Davidson's Emily Greene (1) dribbles to the basket during Monday's game against Wheatmore at Wheatmore.

TRINITY — Wheatmore raced out of the gate to open its season.

The Warriors scored the first nine points of the game, led by double digits most of the game and cruised past East Davidson 65-26 in nonconference boys basketball Monday at Wheatmore.

In the girls game, the Warriors pulled away in the second half, thanks to a strong third quarter, to beat the Golden Eagles 59-31.

Jagur Williams scored 17 points to lead the Warriors (1-0), who scored on six straight possessions during the opening quarter to quickly turn a four-point game into a 14-point game. Adam Harrison added nine points, while Tyler Kimball and Ethan Littlefield each added seven points.

Wheatmore, forcing waves of turnovers to quickly move into its offense, used an 11-point run to lead by 19 late in the first quarter. It pushed its lead past 20 midway through the second and closed the half with seven straight points to lead 41-11 into halftime.

The Warriors’ lead hit 40 late in the third and, as they emptied their bench, peaked at 44 midway through the fourth.

Brogan Hill scored nine points, including seven in the second half, to lead East (0-1), which struggled with turnovers on offense and in stopping Wheatmore on defense. Justin Caswell added seven points.

“We were slow, lackadaisical,” said Golden Eagles coach Nick Slate, in his second season coaching his alma mater. “Wheatmore played fast, they played hard and they dictated our pace on offense, which can’t happen.

“Defensively, we dropped the ball. I told them at halftime, ‘There’s zero help-side defense. We’re not doing it. We’re not making rotations.’ They move a lot without the basketball. If we’re not in help-side, then we’re not there to defend.”

Kara Comer and Rian Perry each scored 14 points to lead Wheatmore (1-0), which outscored East 25-9 in the third quarter to push a fairly close seven-point game at halftime past a 20-point margin heading to the fourth.

“First half, being as young as we are, we struggled getting into an offensive flow,” Warriors coach Pete Kilcullen said. “Our best offense tonight was getting out and running, trying to beat them down the floor — which I thought we did a much better job of.”

After it edged ahead 26-19 at halftime, Wheatmore raced away in the third — scoring on 11 of 14 possessions and netting the final 11 points of the quarter to lead by 23 heading to the fourth.

The Warriors’ lead peaked at 31 in the final minute, as they scored all of the points in the quarter until the Golden Eagles sank a 3-pointer with three seconds remaining.

“We’ve talked since day one that nine times out of 10 if you get 60 points, then you’re going to win the ballgame,” Kilcullen said. “And we had 59 tonight. So, that’s a great job. If we get that balanced scoring every night, we’ll be in most games we play.”

“First half was better — third quarter killed us a little bit,” said Golden Eagles coach Alyssa Wright, in her second season coaching her alma mater as well. “We’ve got to take care of the basketball to run our offense. But tonight was a better start than last year. So, I can take that.”