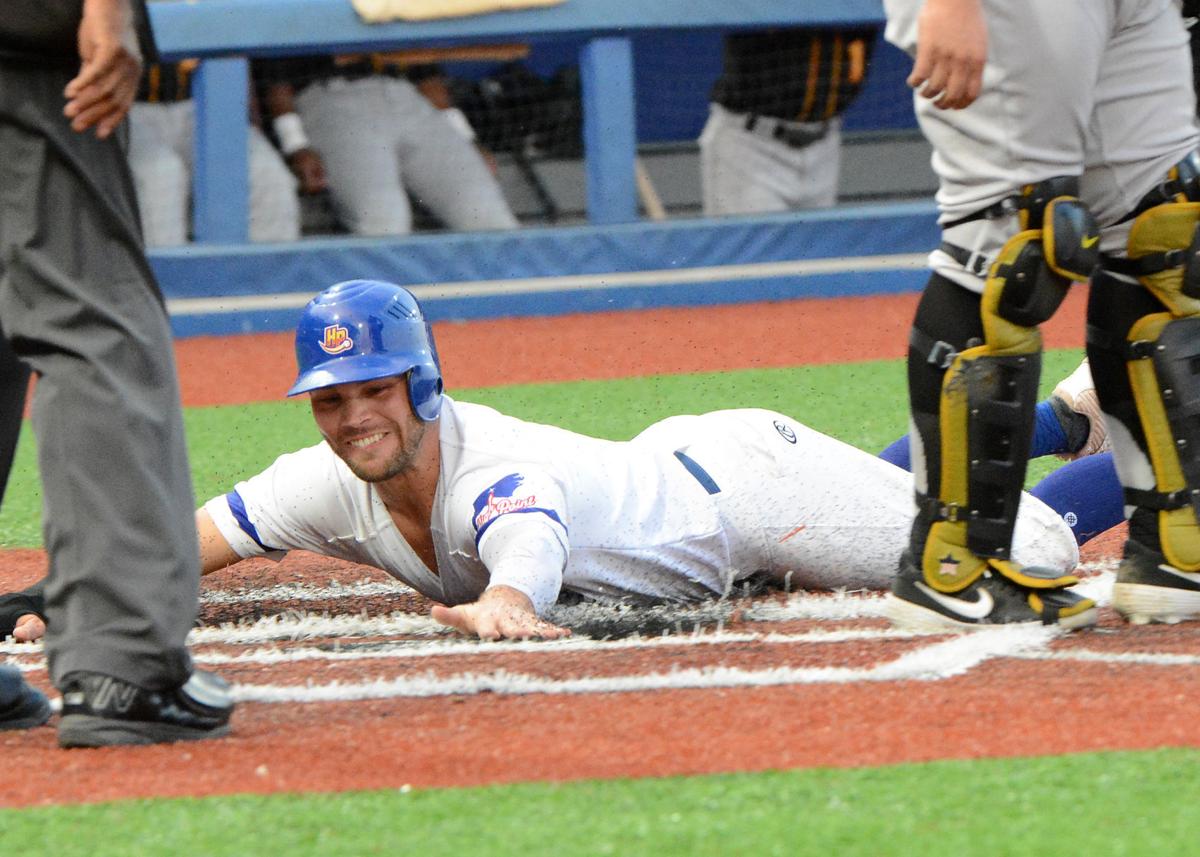 Above: Rockers runner Johnny Field slides safely into home for a run during Thursday’s game against Gastonia at Truist Point. Below: Rockers batter Giovanny Alfonzo celebrates after hitting a three-run double. 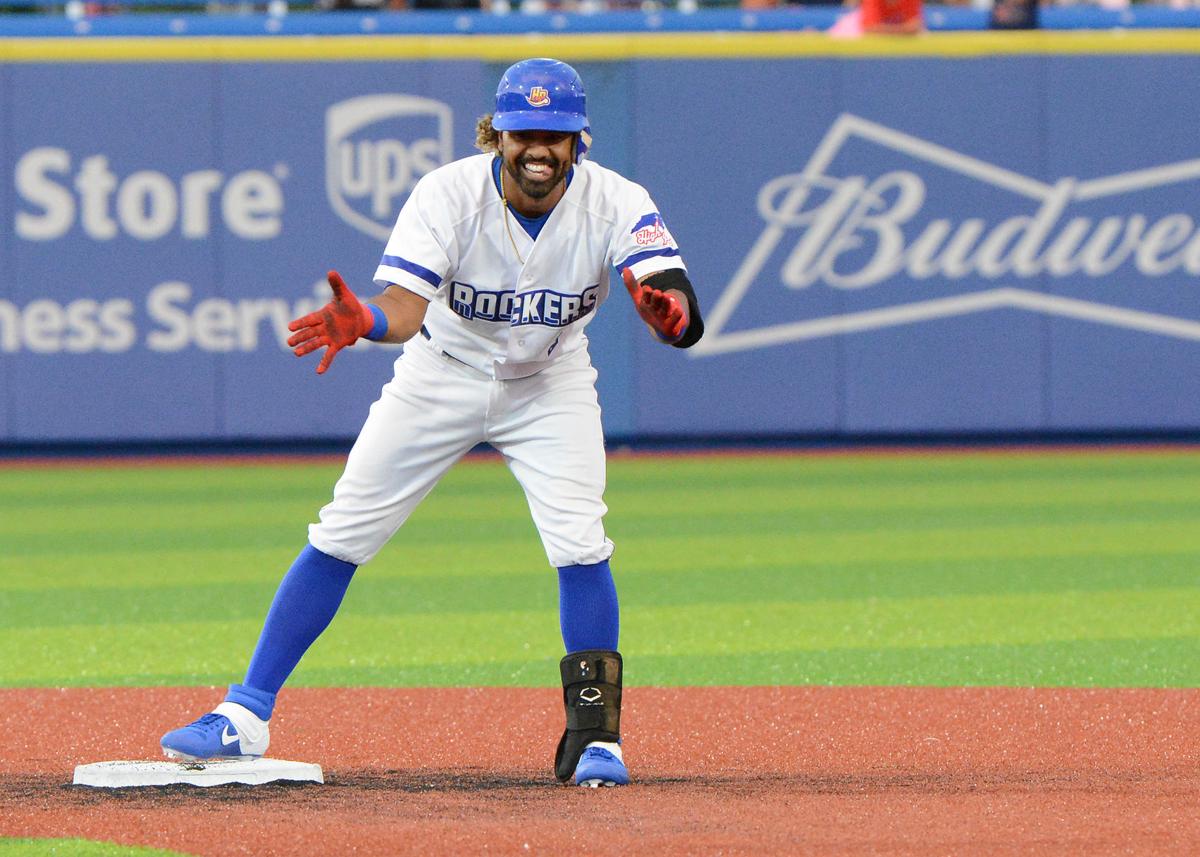 Above: Rockers runner Johnny Field slides safely into home for a run during Thursday’s game against Gastonia at Truist Point. Below: Rockers batter Giovanny Alfonzo celebrates after hitting a three-run double.

HIGH POINT — The Rockers’ pitching held things in check, and eventually their offense came through in a big way.

High Point scored five runs in each of the fourth and fifth innings to lead big, its starting and relief pitching shut down Gastonia, and the Rockers cruised to an 11-2 win in Atlantic League baseball Thursday night at Truist Point.

“We’re playing good baseball right now, and that’s the way we need to play,” High Point manager Jamie Keefe said. “We just keep going about our thing, come in here every day ready to play. Seven o’clock is a fun time to play. And when you get a crowd like that — if you can’t get up to play in front of a crowd like that, you’ve got problems.”

Michael Russell went 2 for 4 with a double and an RBIs while Giovanny Alfonzo added a three-run double to lead the Rockers (21-23), who outscored the Honey Hunters 30-5 over the final three games of their four-game set.

Johnny Field ripped a hot-shot single off Kirwan’s body to start the fourth, in which the Rockers loaded the bases twice. Stuart Levy had a sacrifice fly, Mitchell singled in a run, and Alfonzo laced a bases-clearing double to left.

The Honey Hunters’ outfielder tried to make a diving catch on Alfonzo’s line-drive near the line, but the ball got by him. All three runners scored easily and High Point quickly shifted the momentum, leading 5-1.

“Everybody wants that moment. Everyone wants to be the guy in the box at that moment,” Alfonzo said. “Just kind of slowing down the game, and just stepping in and knowing that I’m capable and finding a good pitch to do it on.

“It’s fun. As soon as you hit the ball and know it’s going to drop, you hear the crowd and it’s worth every little moment.”

In the fifth, Russell doubled in a run — as another ball got by a diving outfielder — before the Rockers loaded the bases again. Mitchell singled in a run, James McOwen drove in one on a fielder’s choice, and Gulino blooped a two-run single.

High Point, which added one in the eighth on a fielder’s choice by Stephen Cardullo, sent nine batters to the plate in each of the fourth and fifth innings.

“It’s funny because it’s like a home-field advantage — that sun reflects right off that backdrop,” Alfonzo said. “And it’s hard for everyone to see during the first couple innings. So, it’s usually the second time through the lineup that we have enough visuals, I guess you could say — it stands out a little.

“I think that’s what it was. I think we were on their guy. He was perfect through three. He did a good job the first time through the lineup. But I think we saw him a lot better going into that second time through.”

That was more than enough for starting pitcher Ricky Knapp, who struck out eight while allowing five hits and one walk in 5.1 innings. The Honey Hunters (18-24) had a couple chances early but only scored a sacrifice fly in the second.

Then, with the big lead, David Robertson and Edwin Jackson — who are both headed to the Olympics shortly — pitched well in relief before Ryan Chaffee pitched a 1-2-3 ninth to seal the Rockers’ third straight win.

“It’s just consistently getting in there and making sure you put the ball in play and make the defense work,” Keefe said of his team’s offense. “If you can get them one step from where they’re supposed to be, then the game’s a lot easier. That’s what we’re doing. And if you look at the last two nights, our starting pitching has been outstanding.”