Sign Up
Log In
Purchase a Subscription
You are the owner of this article.
Edit Article Add New Article
You have permission to edit this article.
Edit
Home
News
Sports
Life
Opinion
Obituaries
Special Sections
e-Edition
Classifieds
Archdale Trinity News
Thomasville Times
Share This
1 of 12 High Point University players console each other after the final point of Sunday's championship match against Campbell in the Big South Conference tournament at Campbell. 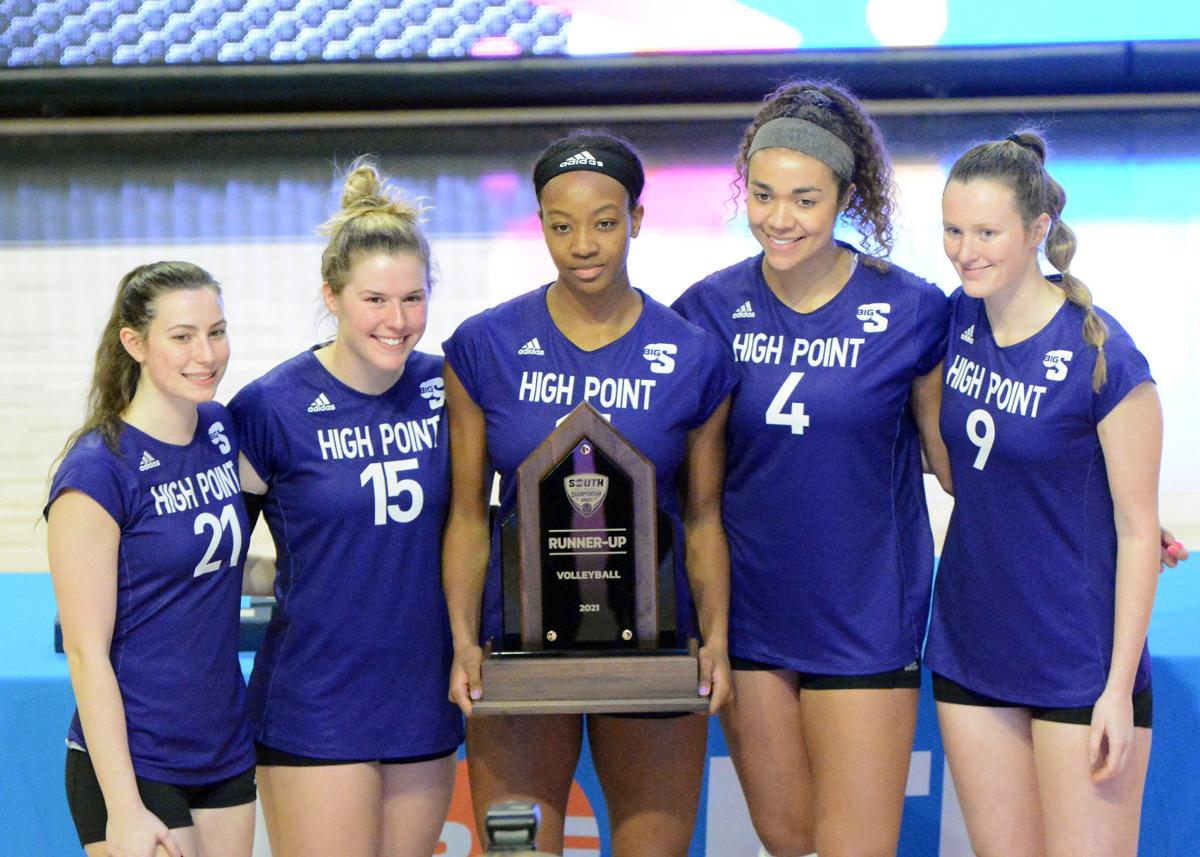 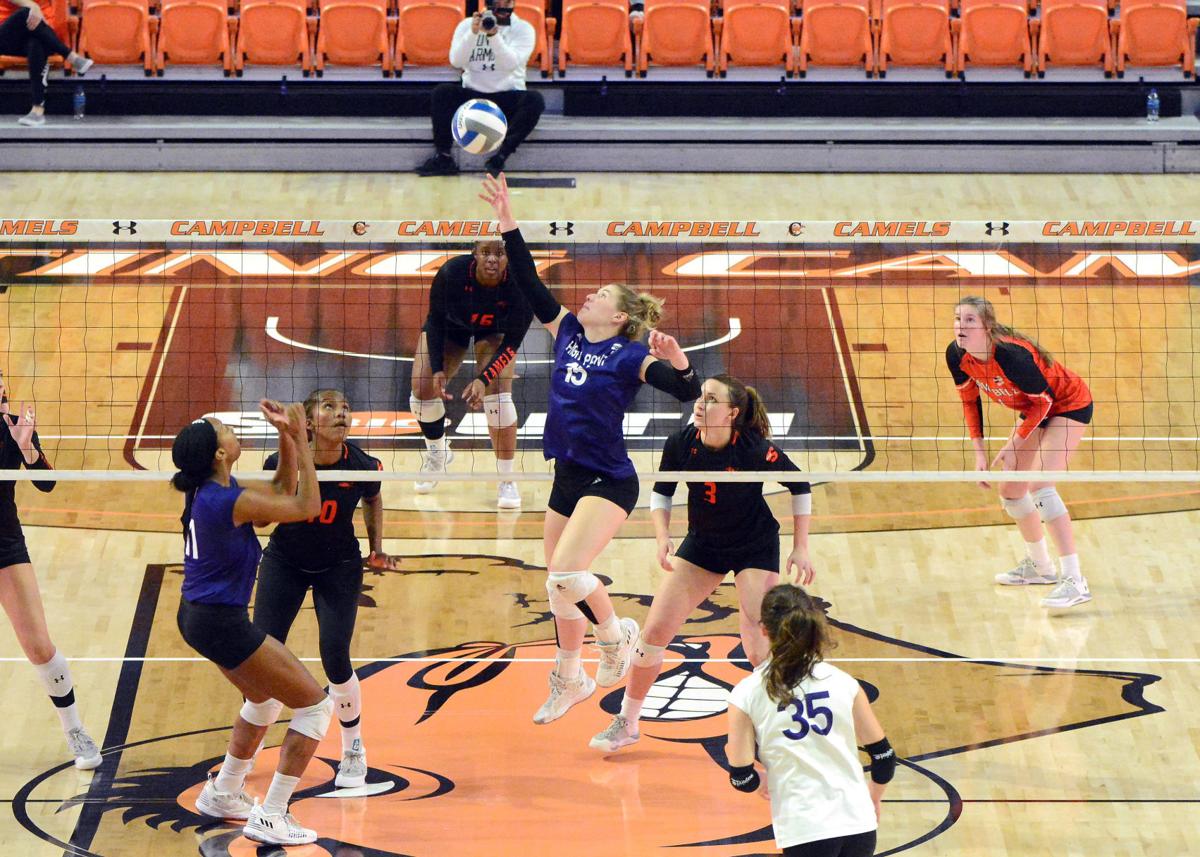 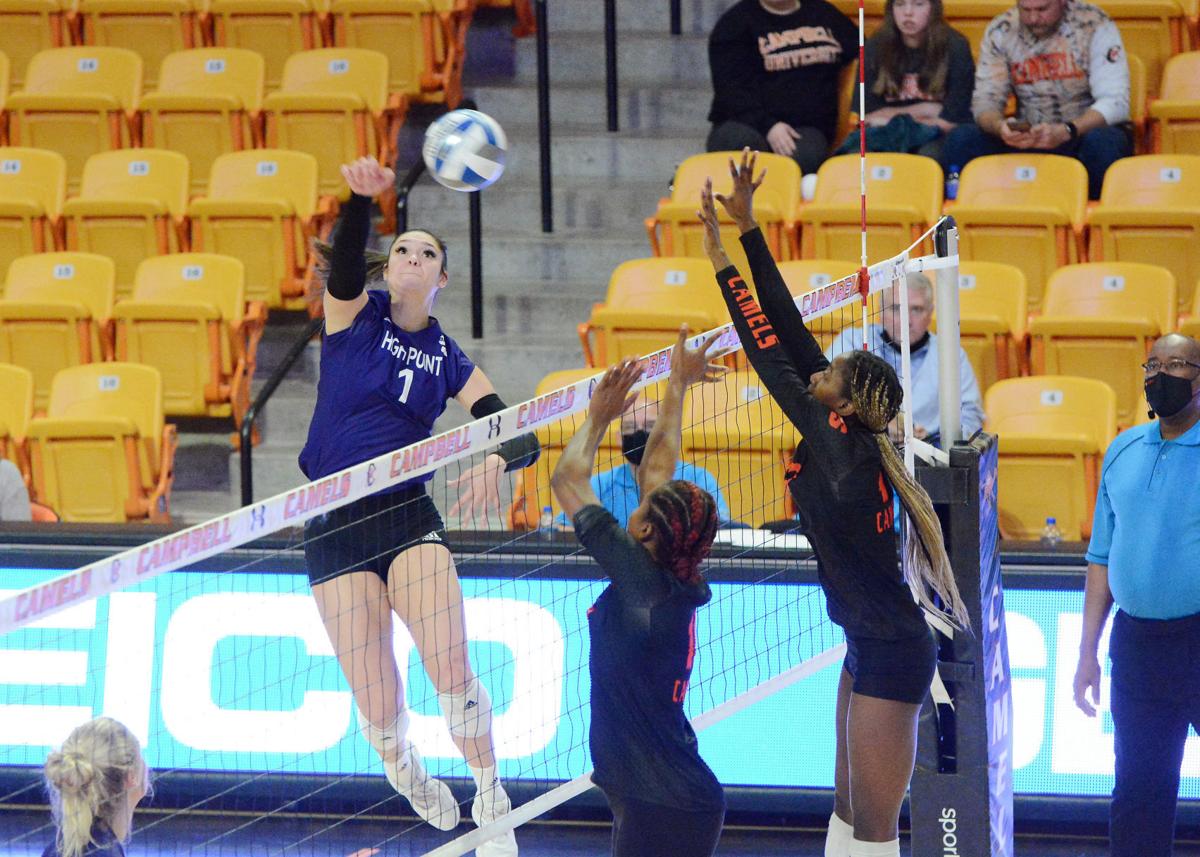 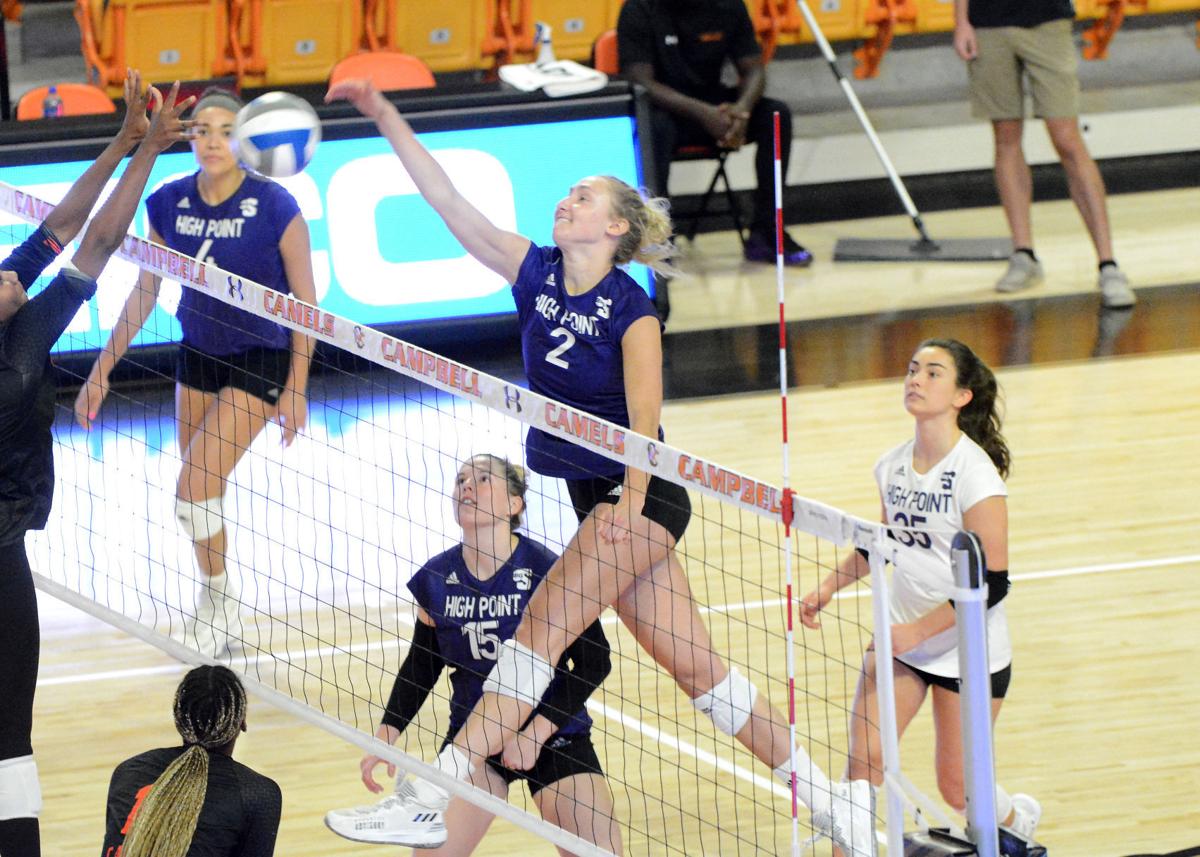 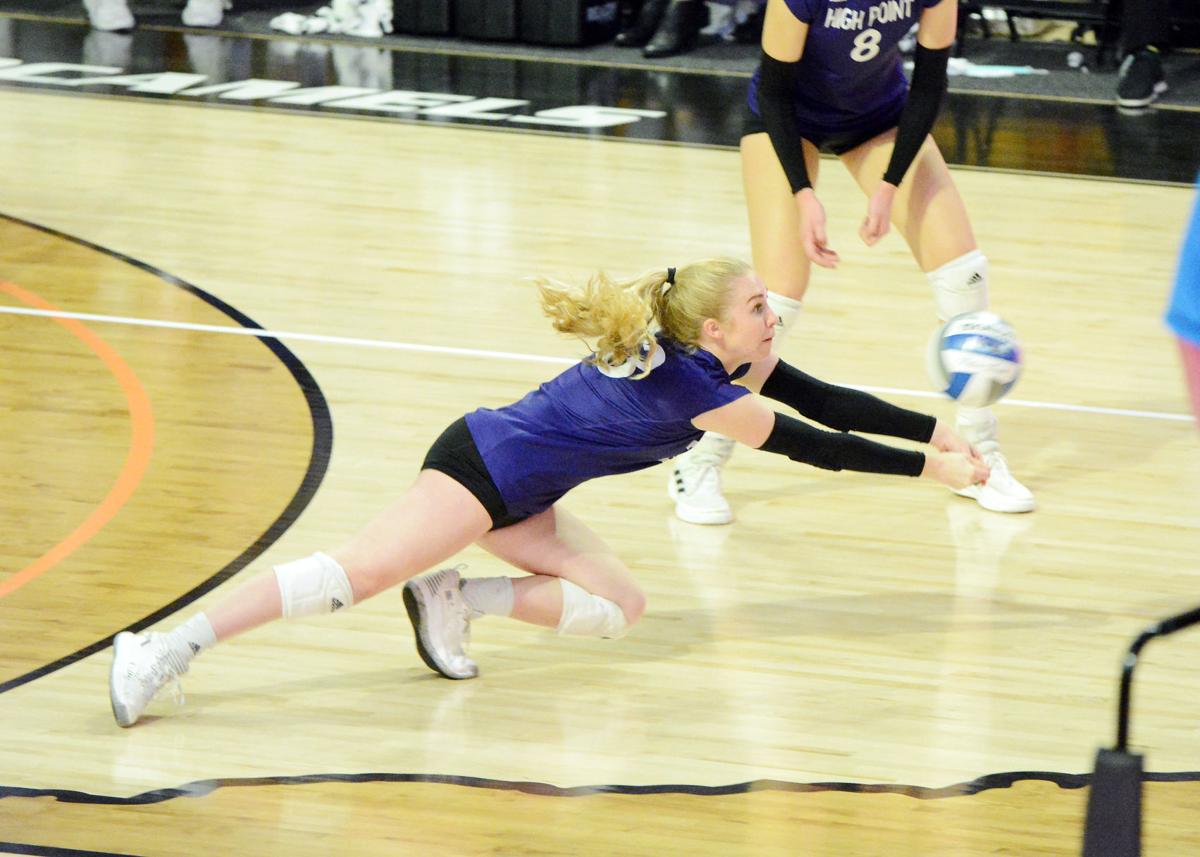 High Point University's Connelly Renfrow dives to the pass the ball during Sunday's championship match against Campbell in the Big South Conference tournament at Campbell. 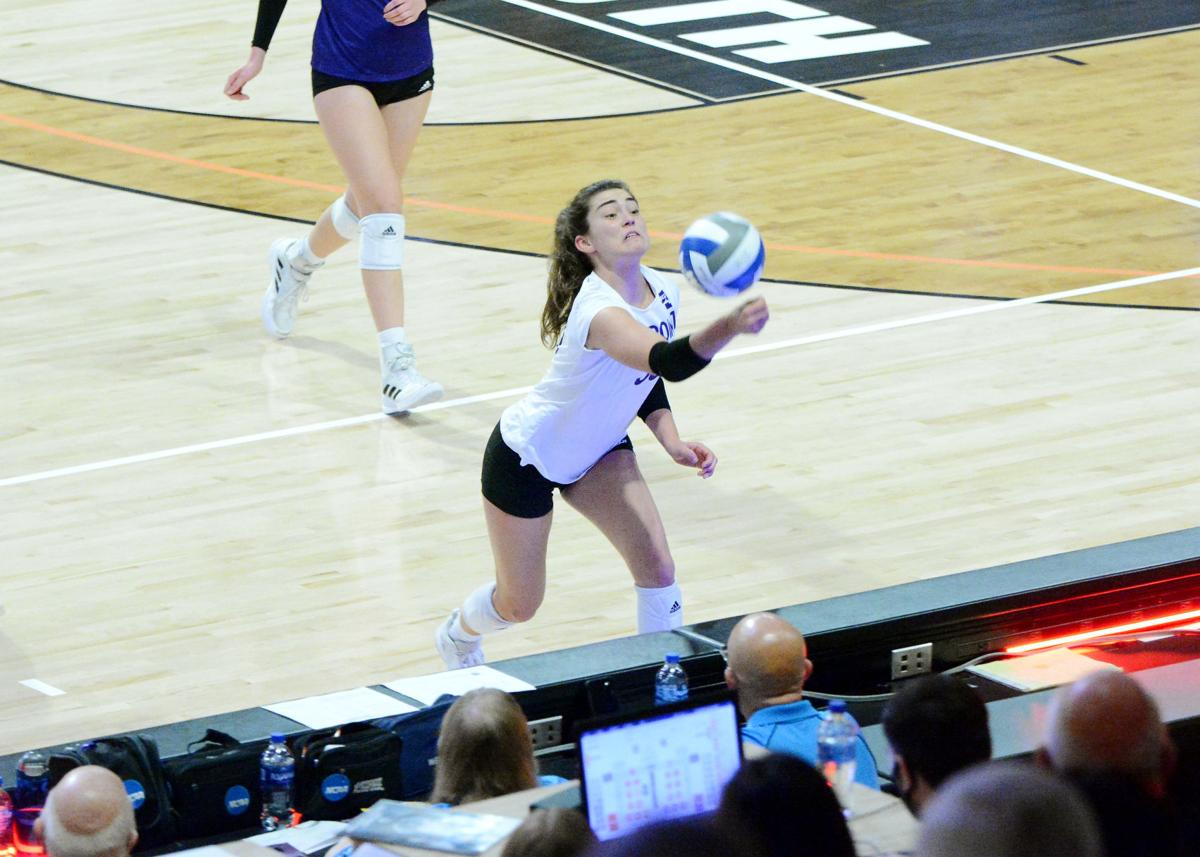 High Point University's Jenny Wessling stretches to pass the ball just before hitting the scorers table during Sunday's championship match against Campbell in the Big South Conference tournament at Campbell. 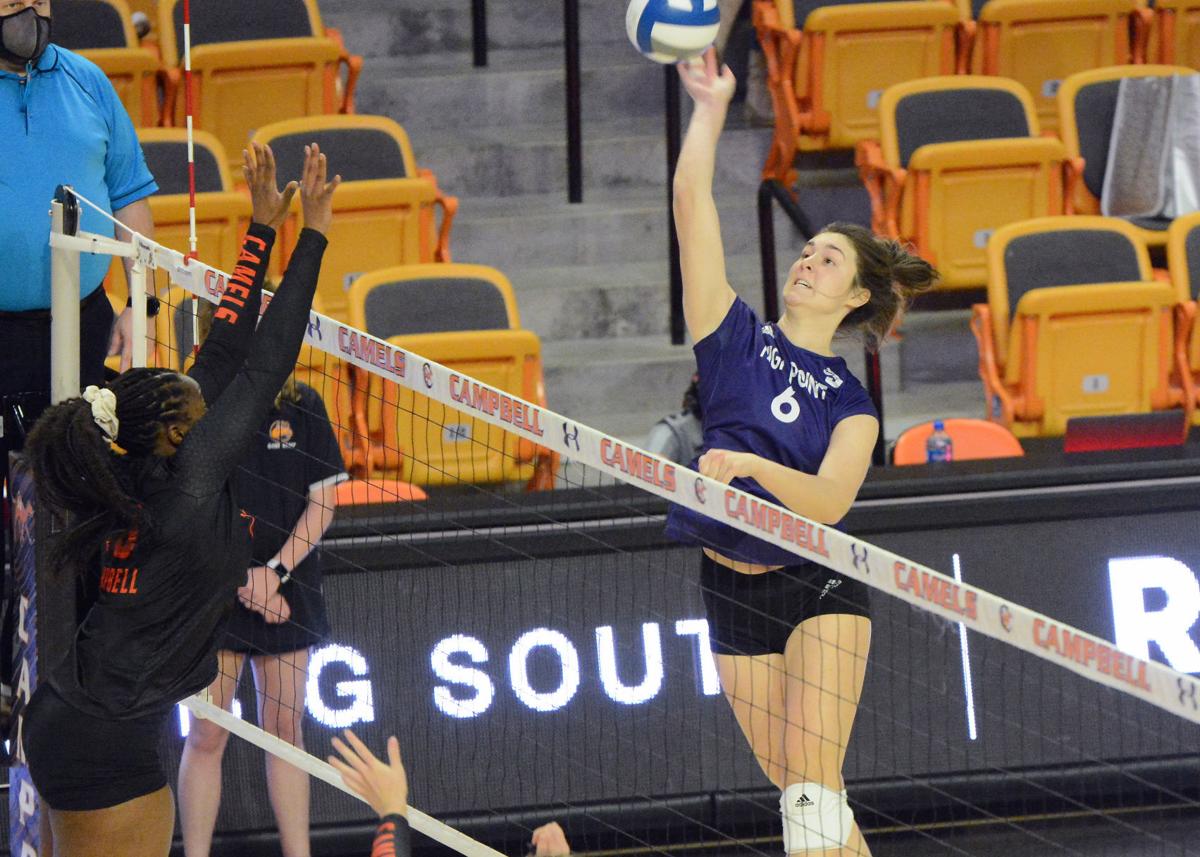 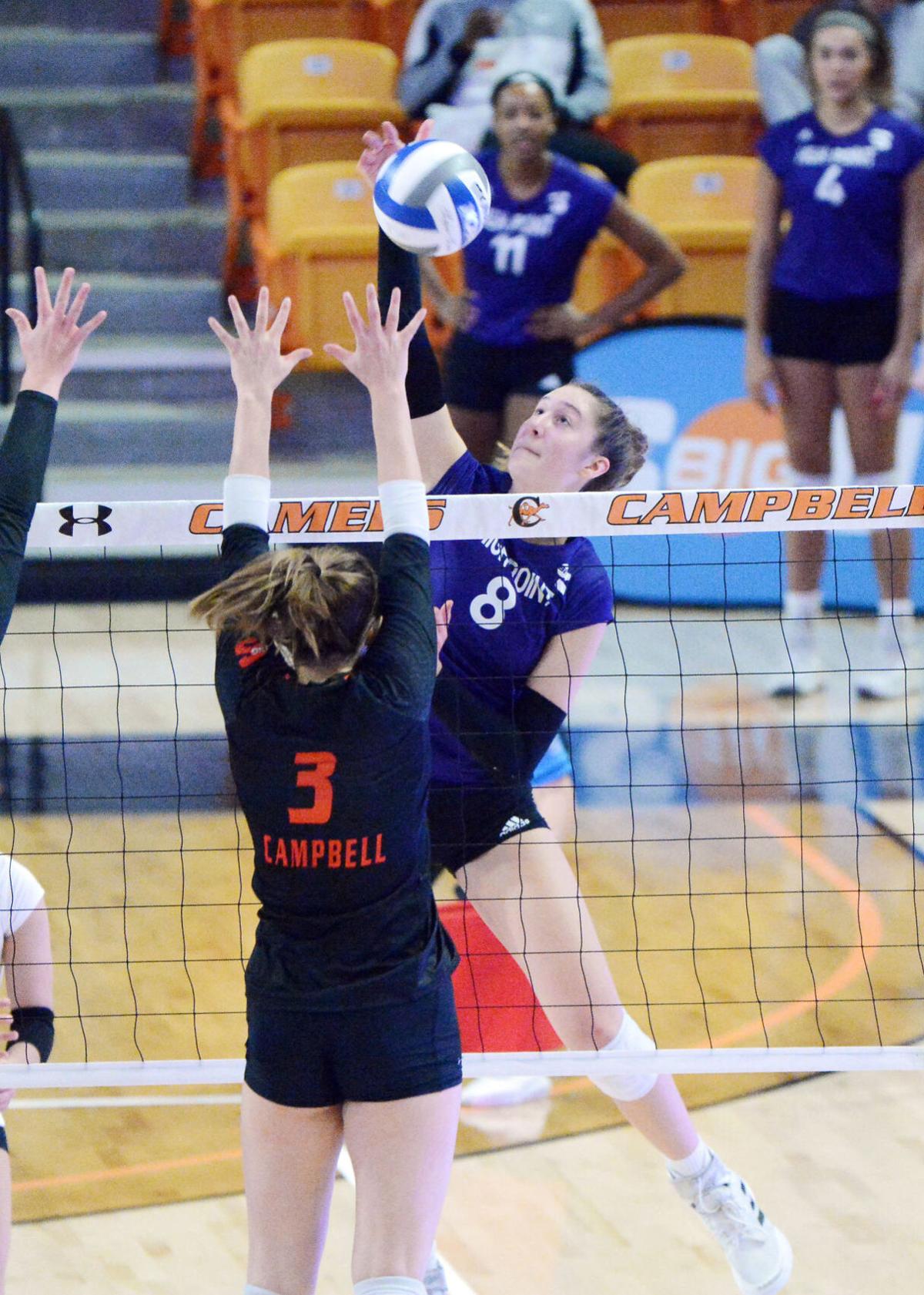 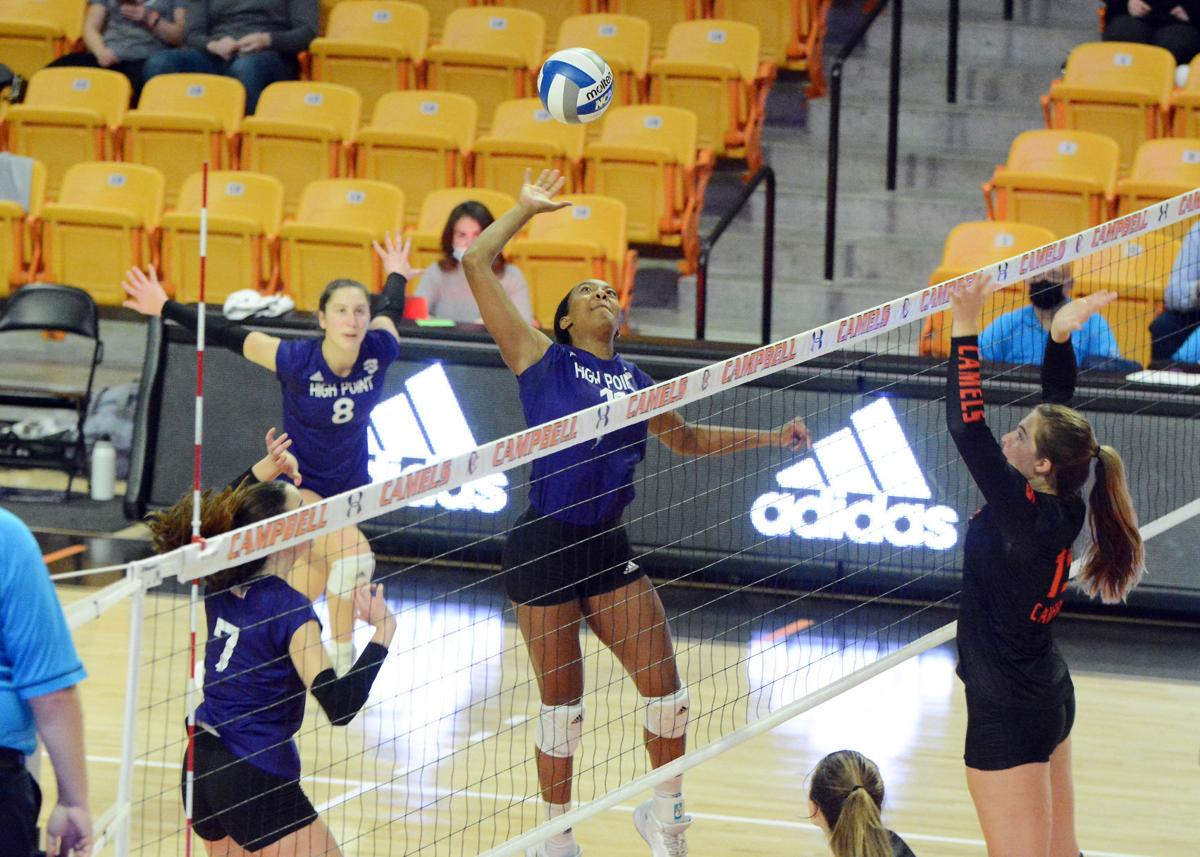 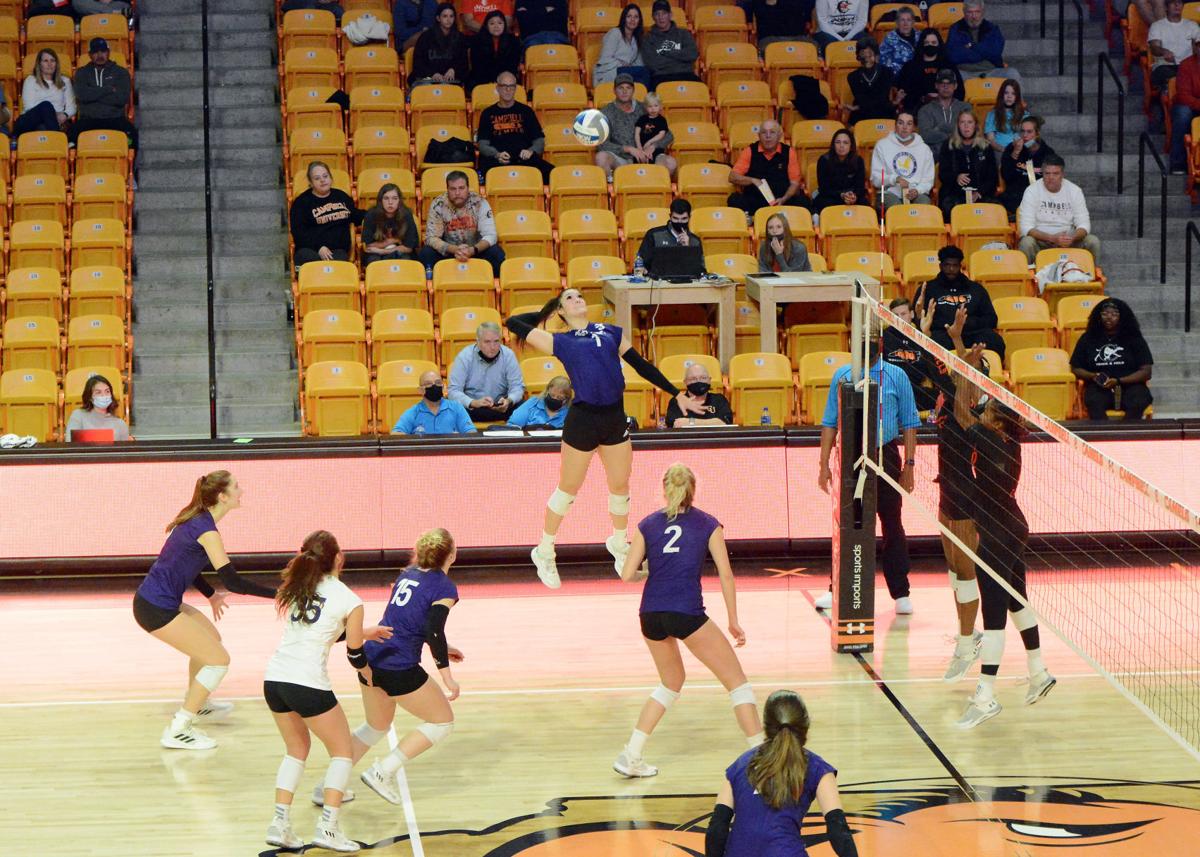 High Point University players console each other after the final point of Sunday's championship match against Campbell in the Big South Conference tournament at Campbell.

High Point University's Connelly Renfrow dives to the pass the ball during Sunday's championship match against Campbell in the Big South Conference tournament at Campbell.

High Point University's Jenny Wessling stretches to pass the ball just before hitting the scorers table during Sunday's championship match against Campbell in the Big South Conference tournament at Campbell.

BUIES CREEK – High Point University was right there at the end. But Campbell made just a couple more plays down the stretch.

The second-seeded Camels won the fourth set to even the match, then fended off the Panthers’ comeback in the fifth set to defeat High Point 25-19, 22-25, 22-25, 25-22, 15-12 on Sunday at Campbell in the Big South Conference’s volleyball tournament championship.

“I felt like we fought really hard,” Panthers coach Ryan Meek said. “I don’t question our battle and our desire to win. I don’t think we did as good a job paying attention to details and executing as well as we needed to. I think Campbell made us one-dimensional.

“All we got production from was our outsides and Gabby. That’s not when we’re at our best. I think we needed to play a little bit better volleyball to win this match. The fight was there, the desire was there. We just had to play better volleyball.”

Campbell (21-9), which was led by tournament MVP Sarah Colla with 13 kills and eight digs, captured its first conference tournament title and the Big South’s automatic berth into the NCAA Tournament.

High Point, regular-season champion for the fourth time in five years, moved to 24-7 overall. Sydney Palazzolo and Gabrielle Idlebird were named to the seven-player all-tournament team.

“Up to today, if you told me that we’d be 23-6 at the end of the regular season, regular-season conference champs and top 50 in the RPI, I’d want whatever you’re drinking,” Meek said with a smile.

“Right now, obviously it hurts. We’re just out of a match that could’ve extended our season and we lost it. I think we had so many kids step into big roles. There were so many kids who sacrificed their stuff to get here.”

After the Camels rolled in the first set, the Panthers – whose only conference loss of the regular season was a five-set thriller against Campbell on Oct. 8 in the Millis Center – regrouped well in the second and third sets to lead.

Campbell, however, quickly built a four-point lead early in the fourth set and stretched its lead to 19-13. But the Panthers clawed within 21-20, 22-21 and 23-22 before the Camels won the final two points to force a decisive fifth set.

In the final set, Campbell twice built leads of three and four points. But High Point erased both deficits and tied the score 11-all. The teams traded points, evening the score at 12-all, before the Camels tallied two hard kills to lead 14-12.

The Panthers’ final hit then sailed just out of bounds to seal the outcome.

“Our passing fell apart,” Meek said. “And I think we just made big errors at inopportune times. Really, if you go through sets one, four and five, they won the serve-pass battle and we made tons of errors in those sets.

“I think the second and third sets you’d see we had the least amount of kills, but we didn’t make errors. We were able to stay in the match because we were keeping the ball in play and playing High Point volleyball.

“At the end there, we got a little amped up or whatever it was and we started punching balls out of bounds. If you’re going to lose the serve and pass battle and make errors, it’s a slippery slope to win.”

Palazzolo, a freshman, finished with 19 kills and 19 digs to lead High Point, which won the conference’s automatic berth during the COVID-altered spring season for the program’s fourth NCAA Tournament appearance in five years.

Dylan Maberry, a sophomore transfer, added 16 kills. Idlebird followed with 13 kills, while Mackenzi Thornburg had 27 assists and 10 digs, Maria Miggins had 20 assists and nine digs, and Jenny Wessling, a freshman, had 16 digs.

The Panthers – featuring seniors Brantley Rhodes, Idlebird, Thornburg and Makaya Truman, plus redshirt junior Madison Smith – aim to return a number of key contributors next season and make another run at the conference title.

“That’s the hope,” Meek said. “I hope we’re learning what we can from this match. I think one of the things from this season is that we had opportunities to learn, but we’re winning. It’s hard to get your point across when we’re winning 3-0. You’re telling them, ‘Hey, if this happens, then it’s going to bite us in the butt.’

“And it’s just kind of like, ‘Whatever.’ But tonight it did. We have a lot of talent coming back. It’s going to be fun to work with them over the spring. I think right now, though, we just need a nice, long nap and a break – it’s been a year straight of volleyball.”