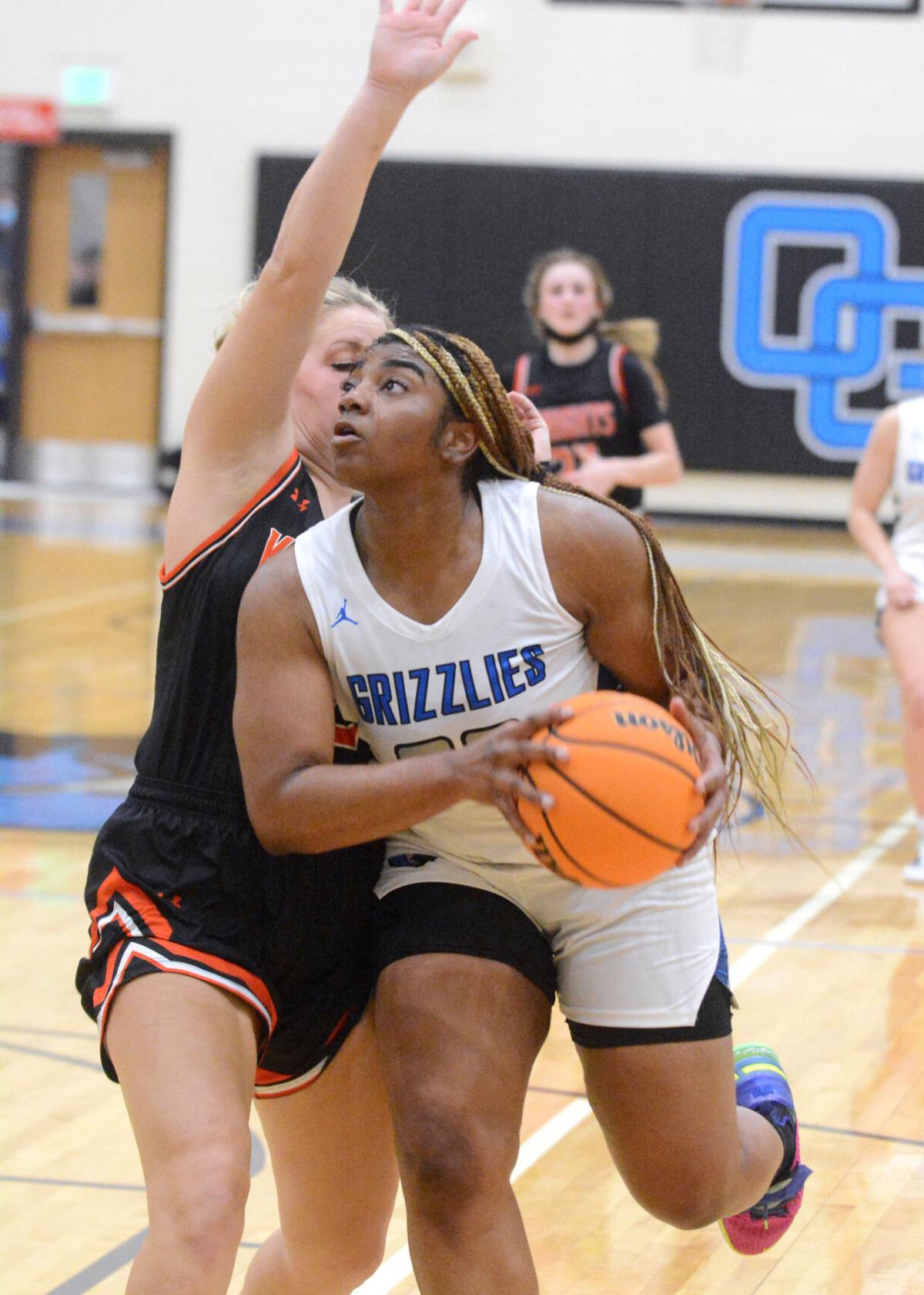 Oak Grove’s Zaire Jones drives to the basket for the go-ahead score in the final seconds of Tuesday’s game against North Davidson at Oak Grove. 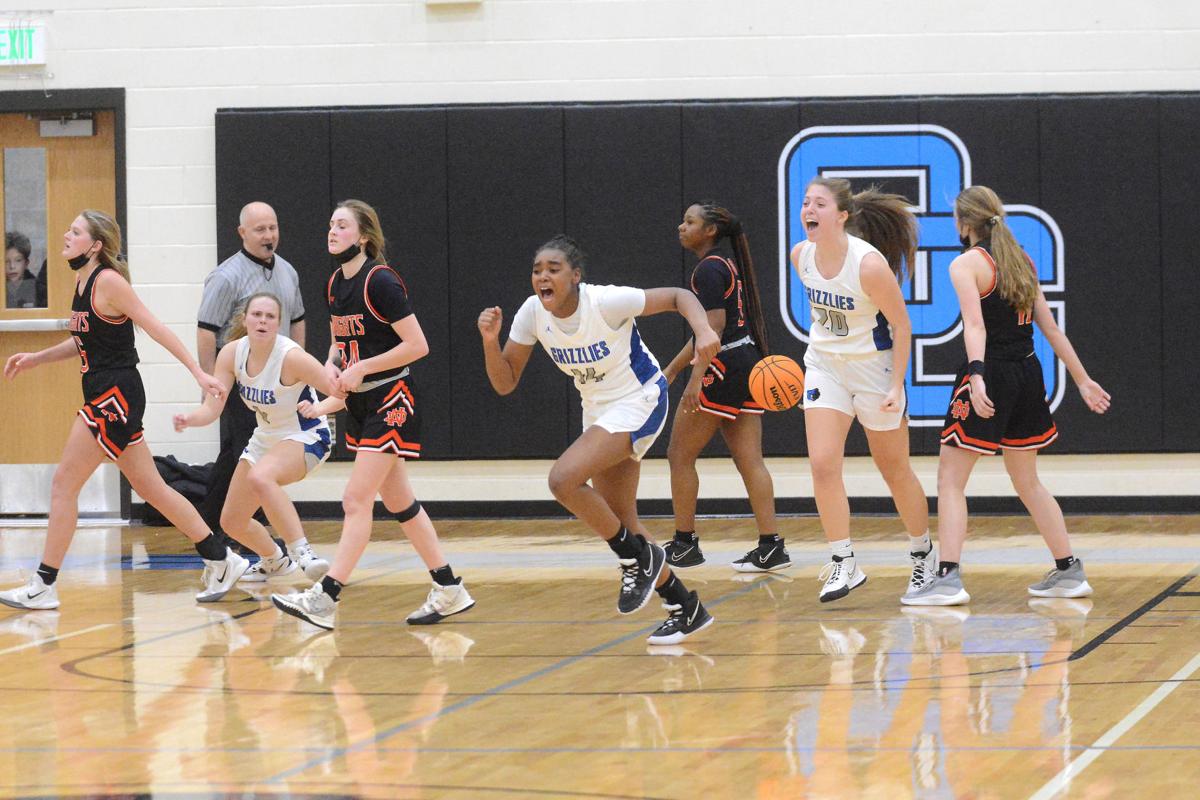 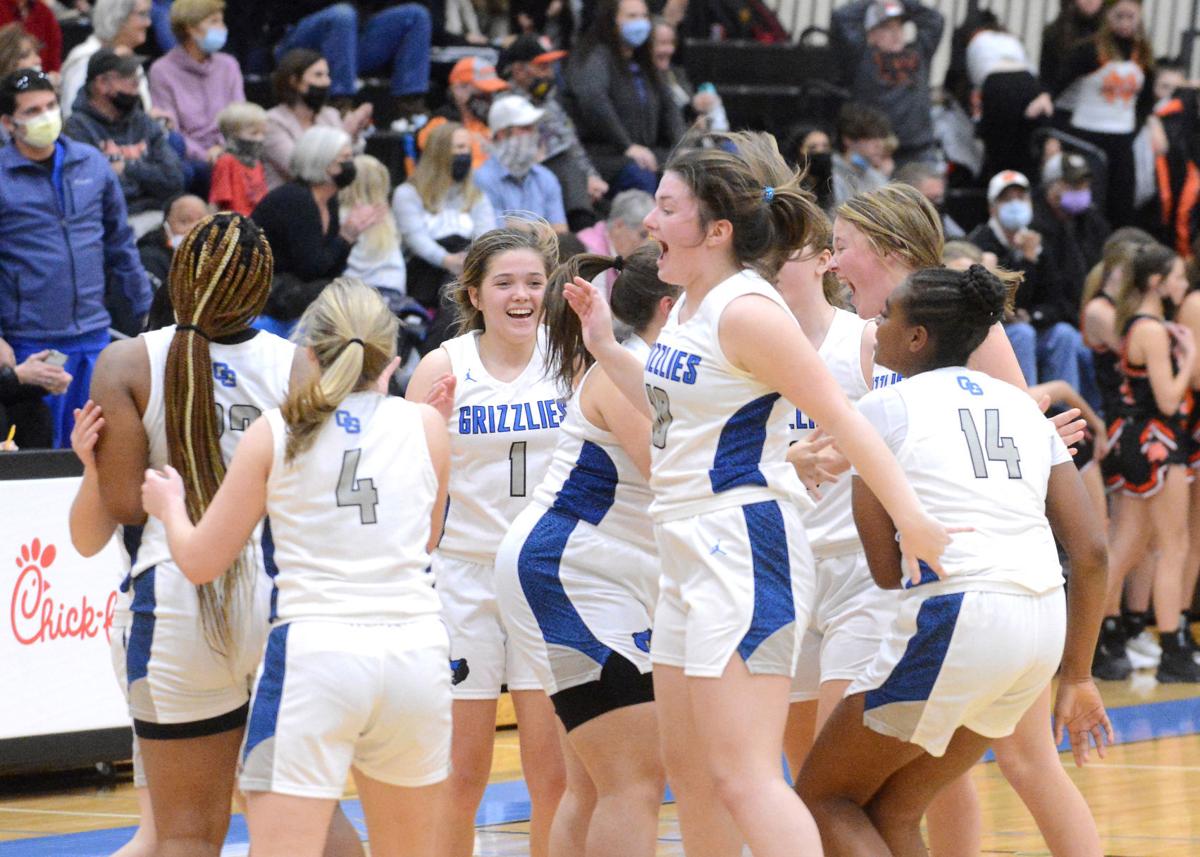 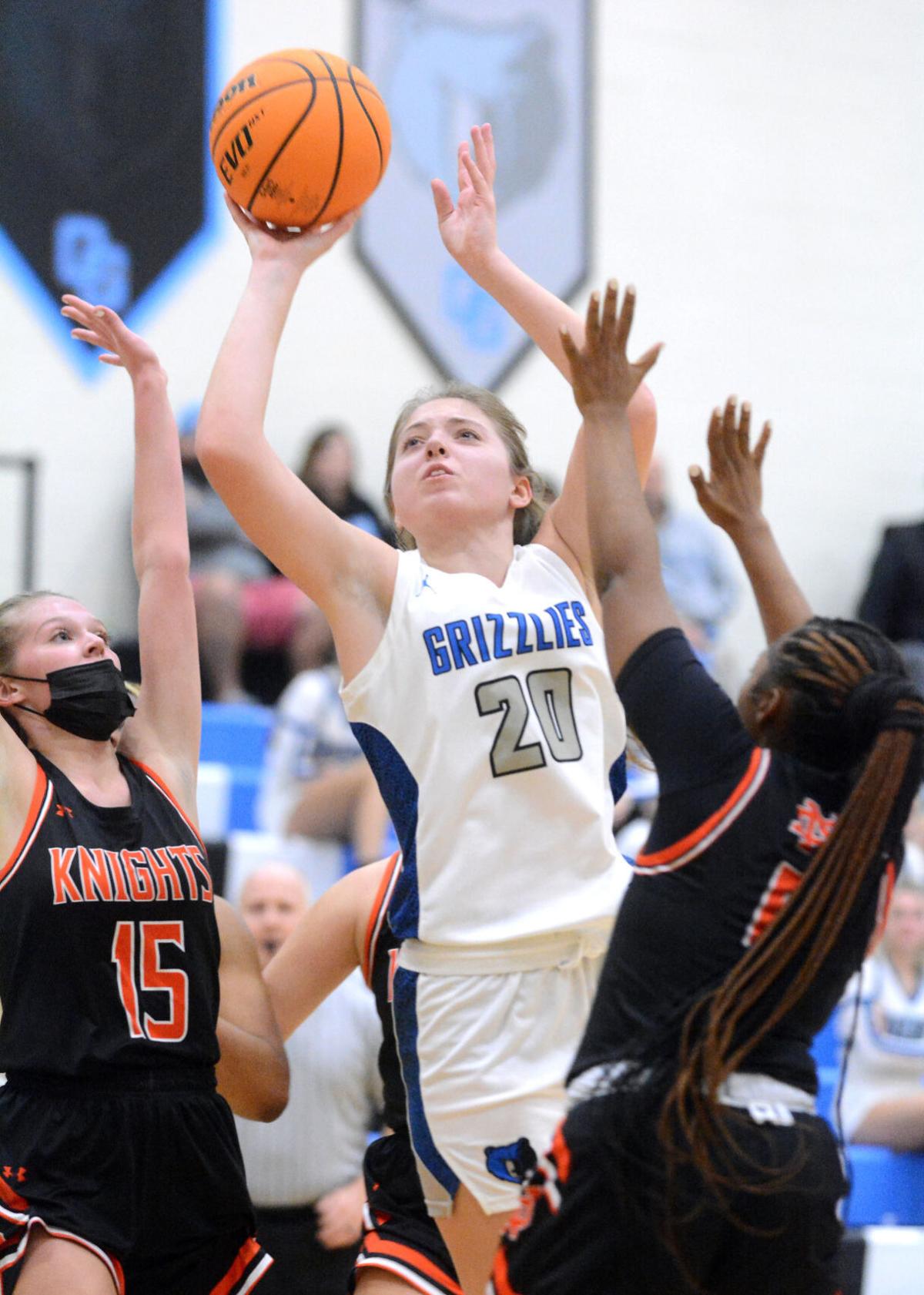 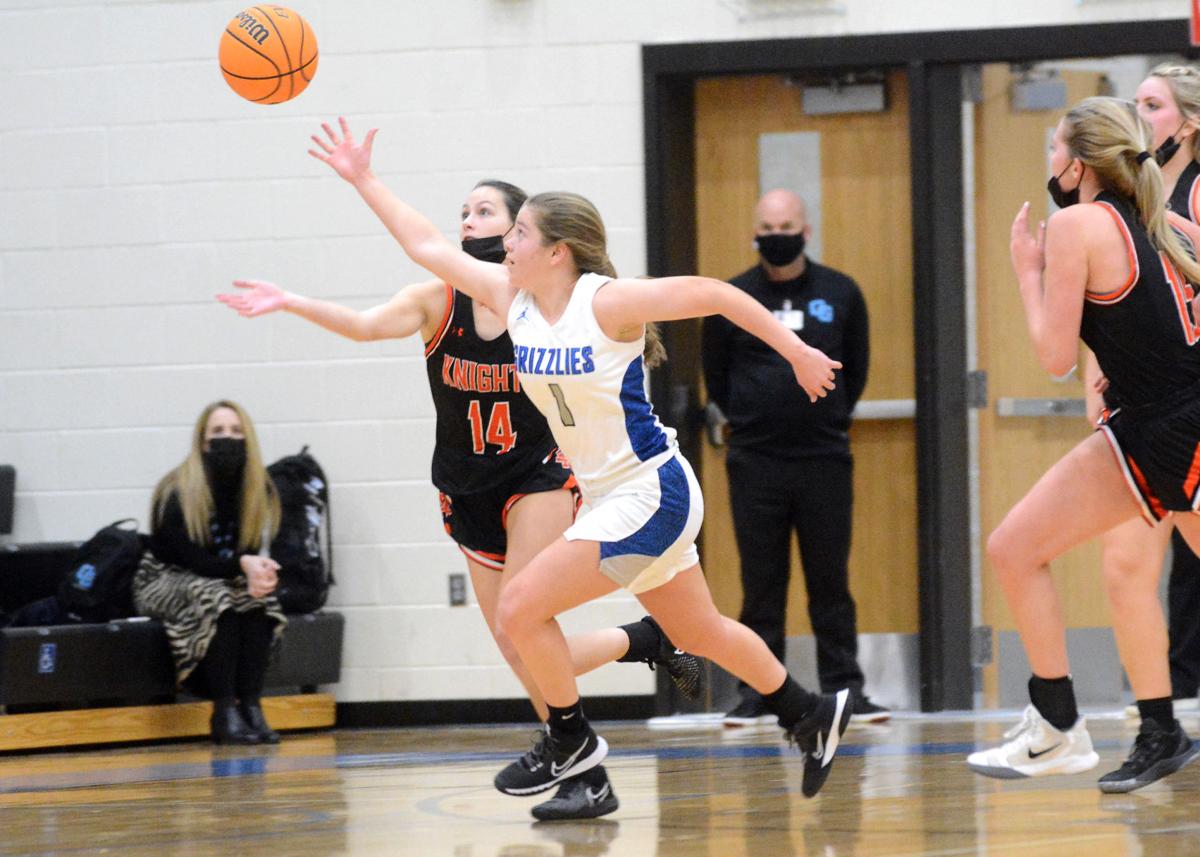 Oak Grove’s Zaire Jones drives to the basket for the go-ahead score in the final seconds of Tuesday’s game against North Davidson at Oak Grove.

MIDWAY — Oak Grove didn’t panic when it fell behind early. Instead, it fought back for a big win.

The Grizzlies erased a double-digit deficit early to lead in the fourth quarter and scored the go-ahead basket on a shot by Zaire Jones with 6.8 seconds left to beat rival North Davidson 65-63 in a meeting of Mid-Piedmont 3A Conference girls basketball powers Tuesday at Oak Grove.

“That first quarter — nerves,” Oak Grove coach Sissy Rausch said. “That’s typically happened to us against North. But we finally had the mental wherewithal to fight through that. I’m so proud of the girls for that. Zaire struggled tonight, but she fought through and made that winning shot.”

Jones led the Grizzlies (12-3 overall, 2-0 conference) with 16 points and 14 rebounds. Freshman guard Trista Charles added 13 points — including a pair of layups late in the fourth quarter to put Oak Grove up by three — while Hailey Kidder followed with 12 points and five assists.

The teams were tied 63-63 after the Black Knights’ Amiyah Mitchell made a long jumper from the right wing with 12 seconds left. After having the ball knocked out of bounds and calling a timeout with 10.3 seconds left, the Grizzlies inbounded the ball right in front of the North bench.

Ray tossed the ball to Jones near mid-court. Jones dribbled up the left side of the lane and made a contested shot while drawing a foul with 6.8 seconds left.

The Black Knights (9-2, 0-1) still had a last-second chance. Emily Hege, a Wingate recruit, weaved through traffic as she dribbled upcourt and tossed up a runner from near the free-throw line that hit the rim, bounced high and just missed at the buzzer.

Hege finished with 28 points while Lettie Michael had 25 points — hitting 7 3-pointers — to lead North, which scored the first 10 points of the game and led by as many as 12 points before taking a 29-26 lead into halftime.

“They shot well — I did not expect them to shoot that well in our gym,” said Rausch, who played and coached at North. “I did not freak out. I said, ‘Hey, we’re going to weather the storm.’ We knew they’d have a run — I didn’t expect it to be that big of a run. But it was just finding a way to fight back.

“We’ve built this program, and every year we’ve gotten better and better. This is another step.”

Oak Grove next plays another rival, Ledford, on the road Friday.