Sign Up
Log In
Purchase a Subscription
You are the owner of this article.
Edit Article Add New Article
You have permission to edit this article.
Edit
Home
News
Sports
Life
Opinion
Obituaries
Special Sections
e-Edition
Classifieds
Archdale Trinity News
Thomasville Times
Share This
1 of 3 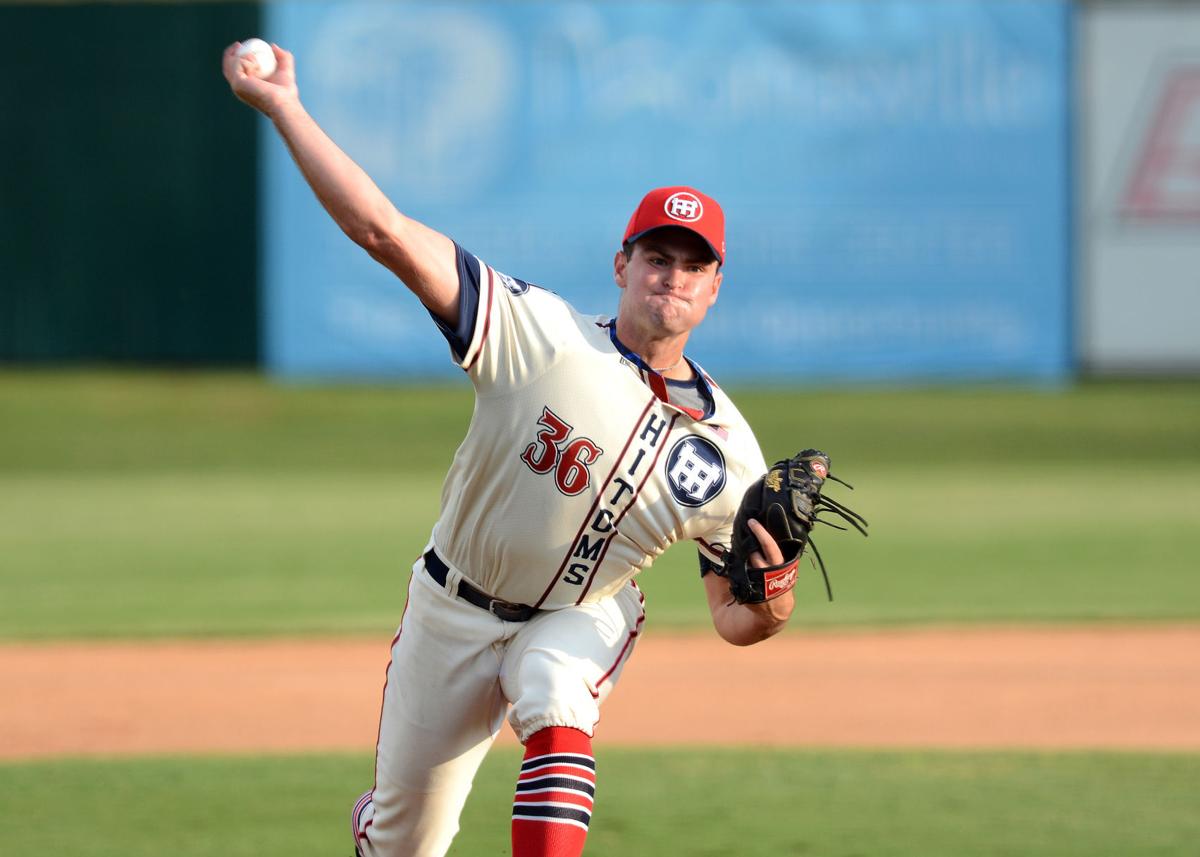 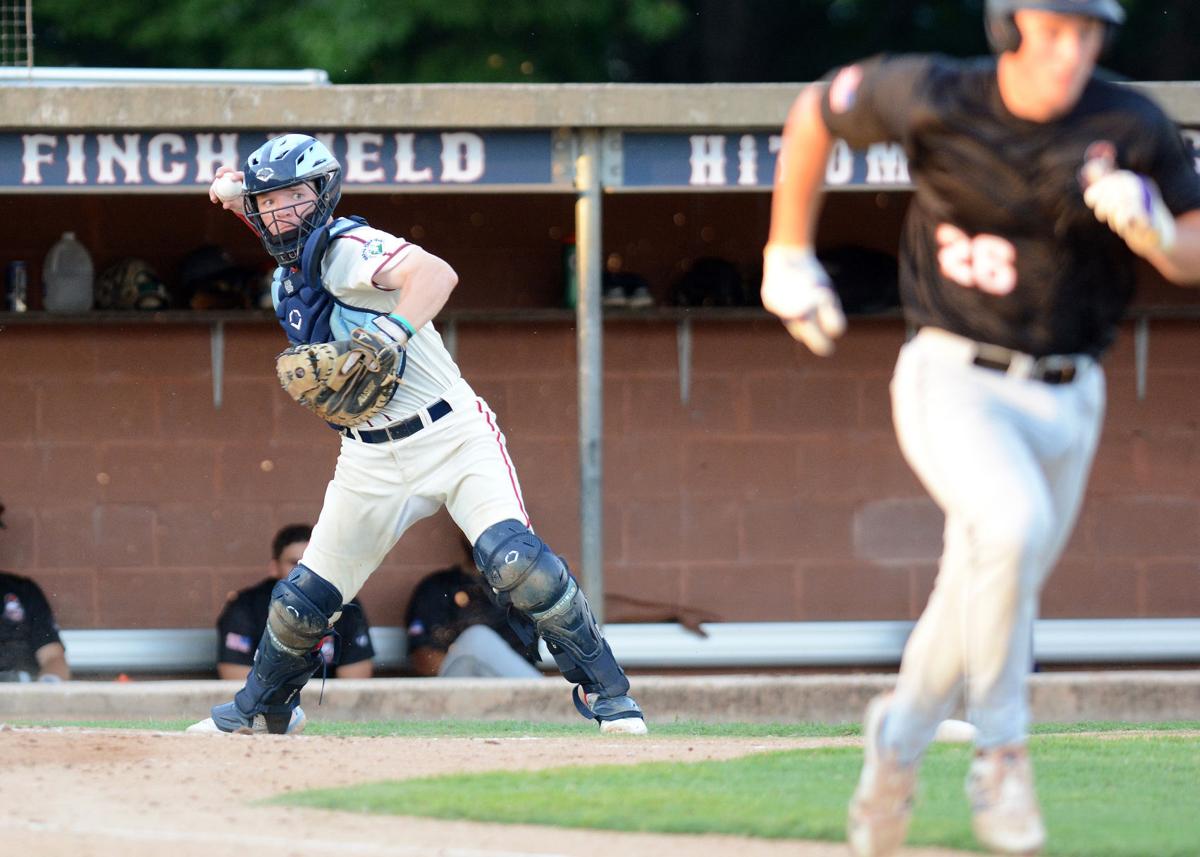 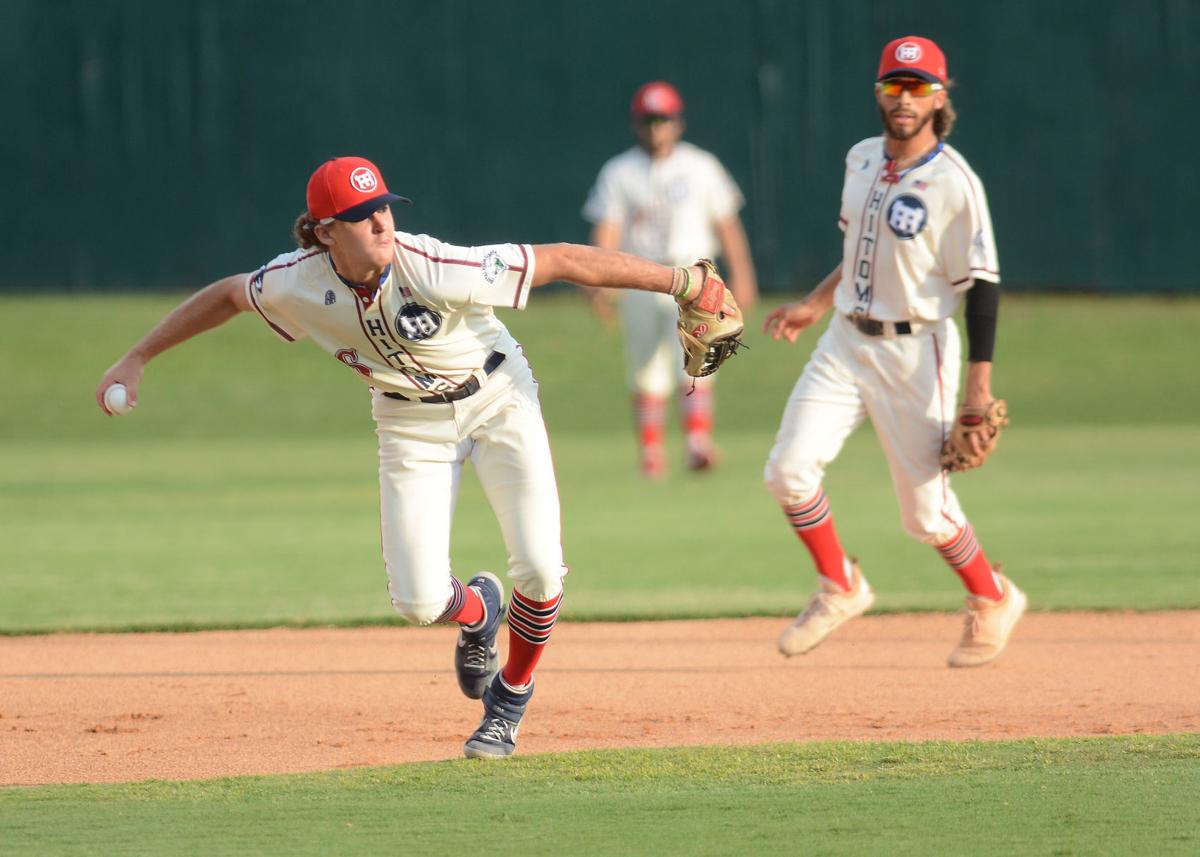 HiToms shortstop Matt Corder fields a grounder and throws to first for an out during Friday's game against Asheboro at Finch Field. The HiToms won 3-0.

HiToms shortstop Matt Corder fields a grounder and throws to first for an out during Friday's game against Asheboro at Finch Field. The HiToms won 3-0.

WEEK IN REVIEW — through Friday’s games

Thursday at Martinsville (W, 9-4) — Coming out of a three-day break, the HiToms used a five-run sixth to overwhelm the Mustangs.

CJ Johnson had two hits, including a triple, and four RBIs. Matt Corder, who doubled and homered, and Thomas Caufield each added two hits. Von Seibert also homered for the HiToms, who had 10 hits — including five for extra bases.

Landen Smith, a former Wheatmore standout, got the win in relief.

Friday home vs. Asheboro (W, 3-0) — Johnson hit a solo homer and Noah Ledford hit a two-run homer for the only two hits of the game for the HiToms.

Ben Peterson struck out seven in seven innings, scattering three hits and three walks. Luke Davis and KJ Wells, who got the save, each pitched a hitless inning in relief.

WHERE THEY STANDThe HiToms are 20-12 overall and 7-3 in the second half. They trail Savannah (28-5 overall, 9-2 second half) by 1½ games in the Coastal Plain League’s second-half West Division standings.

The Lexington County Blowfish (19-14, 9-3), who have won seven straight, have surged into second place while High Point-Thomasville is third with just over two full weeks left in the regular season, heading into Saturday’s games.

The HiToms still have the second-best overall record in the West Division.

Hits were few and far between during Friday’s game against Asheboro, as Peterson for the HiToms and Josh Lanham for the Copperheads both pitched well.

But, with the wind blowing in hard from left field, Johnson lofted a ball into the right-field netting for a solo home run in the fourth. Two innings later, Ledford drove a ball deep over the left-field wall for a 3-0 lead.

“I was sitting changeup,” said Johnson, who is tied with Caufield for second on the team with seven home runs. “He threw me three straight. I swung at the first two and missed. But I was thinking, ‘All right, he’s got to come back for it.’ He left it up and I read it. It came right down the middle and I hit it.

“I kind of got jammed a little bit. So, I wouldn’t say I muscled it out,” he said with a smile. “But I caught enough of the barrel for it to fly out.”

STRONG STARTING PITCHINGPeterson gave the HiToms — who have thrived when their starting pitching has pitched deep into the game — another strong performance Friday.

“I think that’s the longest a pitcher’s gone for us this year — seven innings,” coach Scott Davis said. “That was a really, really outstanding performance from him. We were hoping to get five out of him with less than three runs, and we got seven with no runs.”

He didn’t allow an Asheboro runner to reach second over the first five innings. Then he worked free of two late jams — second and third with nobody out in the sixth and bases loaded with one out in the seventh. Infielder Ellis Stokes made a pair of defensive plays to highlight the innings.

“Max (Riemer) called a great game,” Peterson said of his catcher. “We were able to go to both sides of the plate with the fastball — which is huge. And then slider and splitter working well off that. That was really good.”

“Just continue to execute like I had been all game,” he said of escaping the tough situations. “And then Ellis made some great plays at second base.”

OUT OF THE BULLPENIn their last three CPL appearances, Wells and Luke Davis have each been stellar out of the bullpen.

That has played a key role in the HiToms closing out games and keeping the bullpen rested.

“Luke’s been throwing the ball well,” Coach Davis said. “He’s kind of bridged us to the eighth and ninth innings. That’s kind of been his role and he’s been doing a good job — as have a lot of the guys in that role. You have to have a full bullpen. In this league, you’re playing every day and you’ve got 15 arms.

HEADING DOWN THE STRETCH

The Petitt Cup playoffs will only be two best-of-three series this year, stretching from Aug. 1-3 for the divisional round and Aug. 5-7 for the championship.

So, High Point-Thomasville aims to keep playing well down the stretch and vie for one of the West Division’s top two spots.

“In our division, there are about four or five teams within about two games of each other,” Coach Davis said. “When you play every night, any team can get on a roll, or any team can get cold and go flat. So, you just have to come out every night ready to play.”