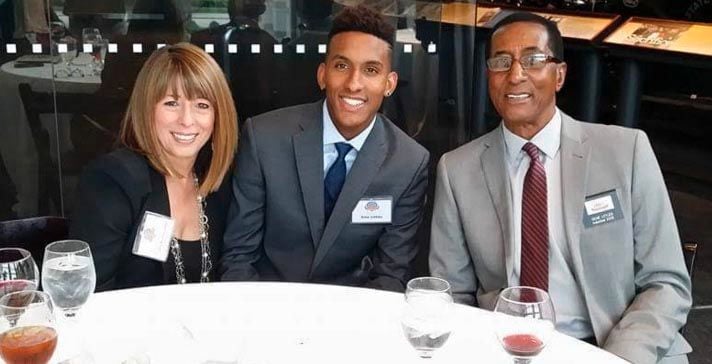 Gene Littles, right, was inducted into the N.C. Sports Hall of Fame in 2015. Pictured with him at the ceremony are his wife, Yvette Koebke, and his youngest son, Gino Littles Jr. 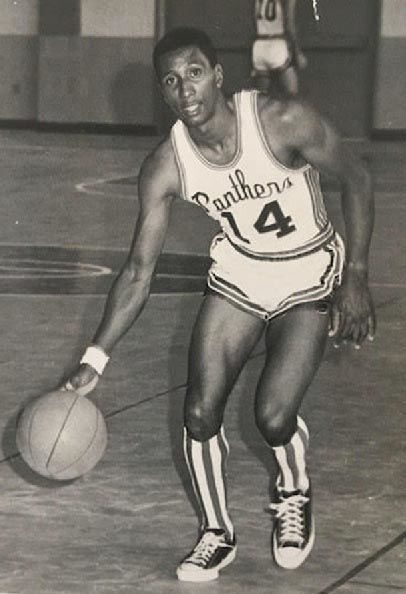 Gene Littles, right, was inducted into the N.C. Sports Hall of Fame in 2015. Pictured with him at the ceremony are his wife, Yvette Koebke, and his youngest son, Gino Littles Jr.

HIGH POINT — Gene Littles could have played at other schools and, once he was at High Point College, considered transferring after his freshman year.

Instead, he used all four seasons of his eligibility playing for the Panthers from 1965-1969 and set the school scoring record of 2,398 points, a mark that still stands, and led them to the quarterfinals of the 1969 NAIA tournament — which remains the school’s best tournament run ever.

Littles, who was a three-time NAIA All-American and played and coached in the pros, died Sept. 9, the school confirmed Monday. He was 78.

Details about a memorial service are to be announced, the school said.

Littles was the only Black member of the basketball team at the time and was one of the few Blacks on campus. The school’s current head coach, Tubby Smith, followed in Littles’ footsteps the fall after Littles graduated.

Littles was inducted into the North Carolina Sports of Fame and the first class of the High Point University athletics Hall of Fame in 2015.

“Gene was the best player in High Point University basketball history, “ Smith said in a press release. “He was a true gentleman, a great competitor, and a classy individual.

“He was a role model for me and many other collegiate and professional athletes. Gene was a proud ambassador for our alma mater, and he represented the values of High Point University throughout his career. We will always remember Gene and honor his legacy. Our sincerest condolences and best wishes to his family, friends, and loved ones.”

In 2019, cancer kept Littles from attending his 50-year class reunion and later the dedication of a bench placed in his honor on the HPU campus by members of the Class of 1969.

Eugene Scape Littles was a native of Washington, D.C., and turned down a full scholarship offer to play for Ohio State because it was too far from home, he told the Enterprise in 2015, and rejected partial scholarships from Maryland and American U.

He took a job in a government printing facility, continued to play on the AAU circuit and chose High Point

“I flew down there and liked what I saw,” Littles told the Enterprise in 2015. “I liked the campus and the classes were small. I was looking for a small school, and this was at a time when the bigger schools in the South weren’t taking Black players and they were going to small schools. I could live in the dorm and everything was OK. It was what I was looking for.”

Littles struggled with academics as a freshman and considered transferring to East Carolina, but his religion professor convinced him to stay.

Littles not only set the school scoring record but also holds the marks for field goals attempted and made, and free throws attempted and made. During his senior year, Littles averaged 23.4 points per game and was supported by three others who averaged at least 13 ppg. HPU that season scored 100 points or more in nine games, including twice in the NAIA tournament.

“I was just fortunate I was the guy who scored the most points,” Littles said. “We had three guys who were capable of scoring 20 points per game.”

The Panthers lost in the quarterfinal to Eastern New Mexico, which Littles said had a bigger front line.

During his time at HPU, Littles endured racial epithets when the Panthers played on the road and discrimination in High Point outside of campus.

Littles told the Enterprise in 2019 that he and two white teammates walked out when he was refused service at a restaurant in town and that the owner called to apologize the next day.

“After that, they started serving just not me but all African-Americans,” Littles said.

Littles was drafted by the New York Knicks of the NBA and the Dallas Chaparrals of the ABA. He is still the only HPU player to be drafted by a NBA team.

He chose the ABA and played six seasons, most of them for the Carolina Cougars, but was on the Kentucky Colonels 1974-75 championship team in 1974-75.

Littles started his coaching career as an assistant with the Cleveland cavaliers. He was head coach at North Carolina A&T for two seasons in the late 1970s and worked his way back to a pro coaching career that included brief stints as head coach of the Cavaliers, the Charlotte Hornet and the Denver Nuggets.