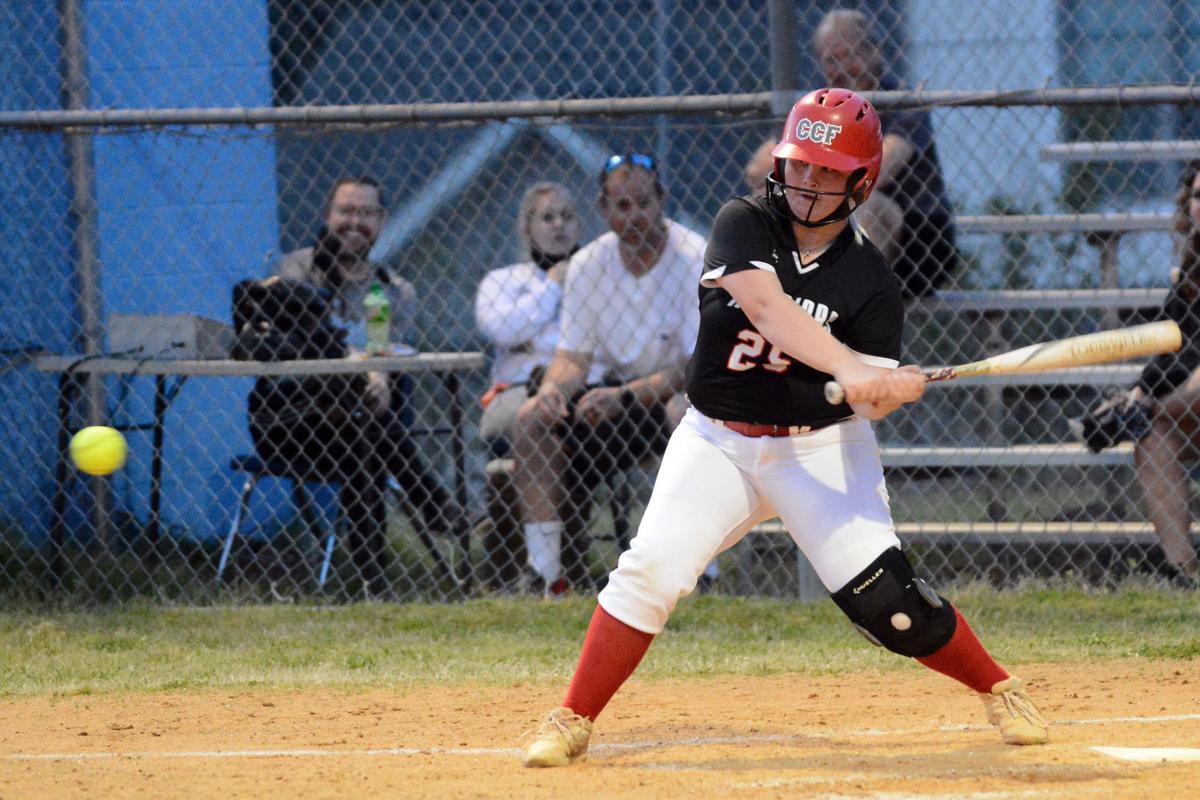 Wheatmore’s Mackenzie Tuttle hits a pitch during Wednesday’s game against Trinity at Trinity. 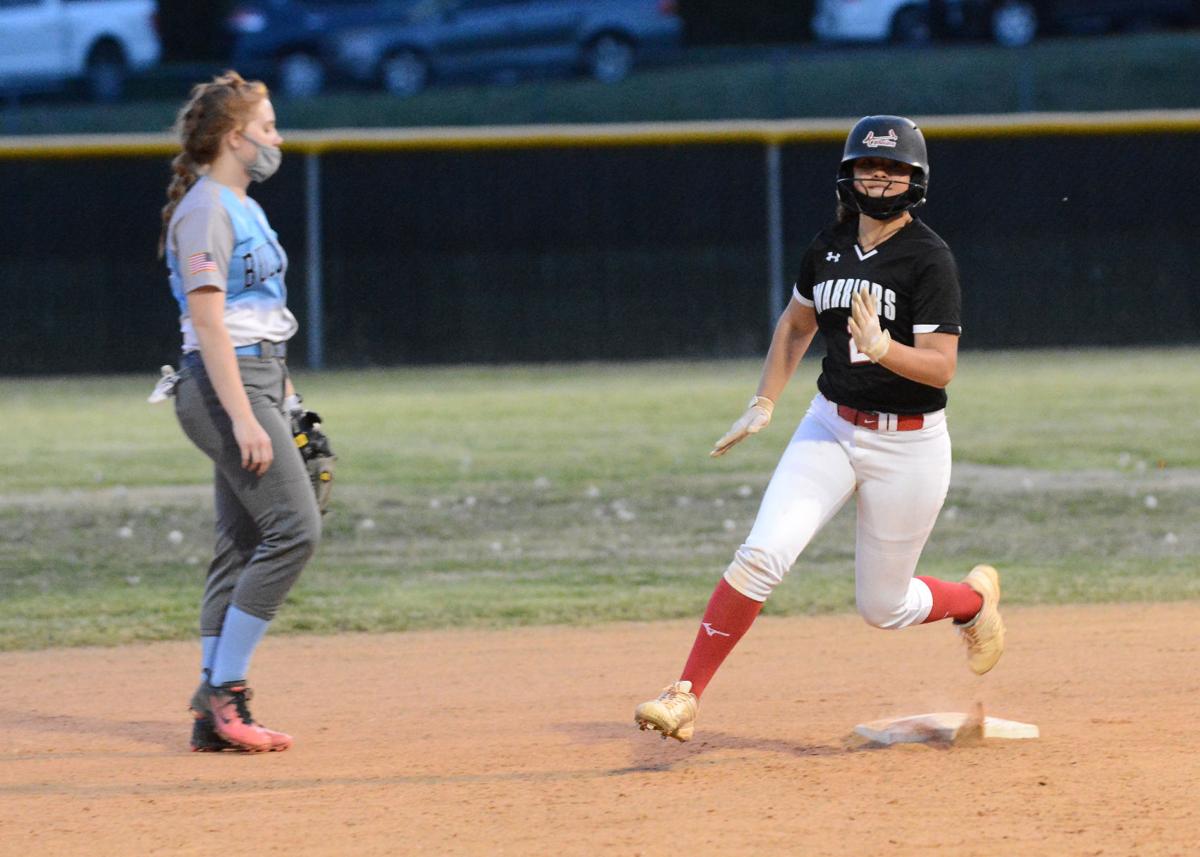 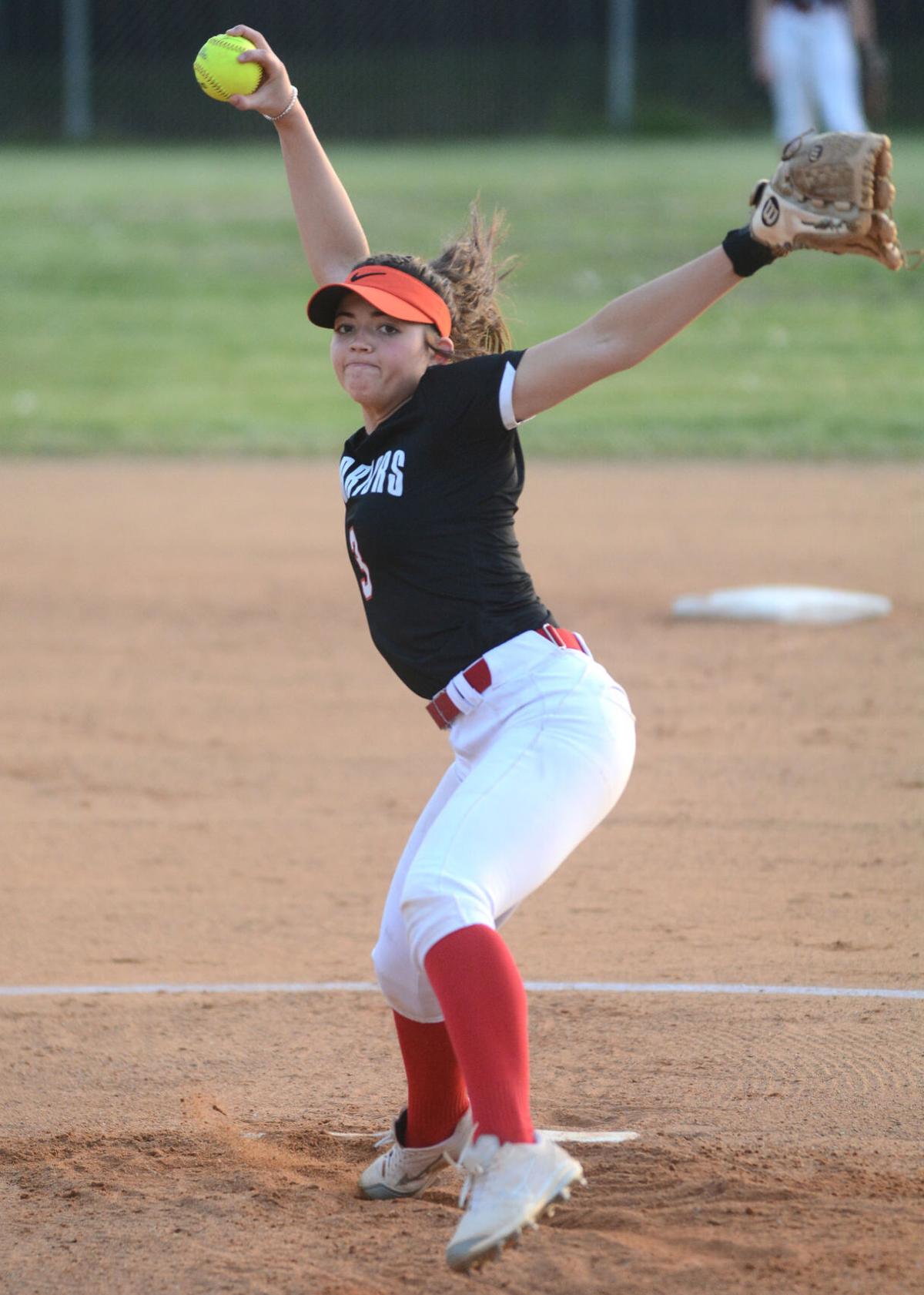 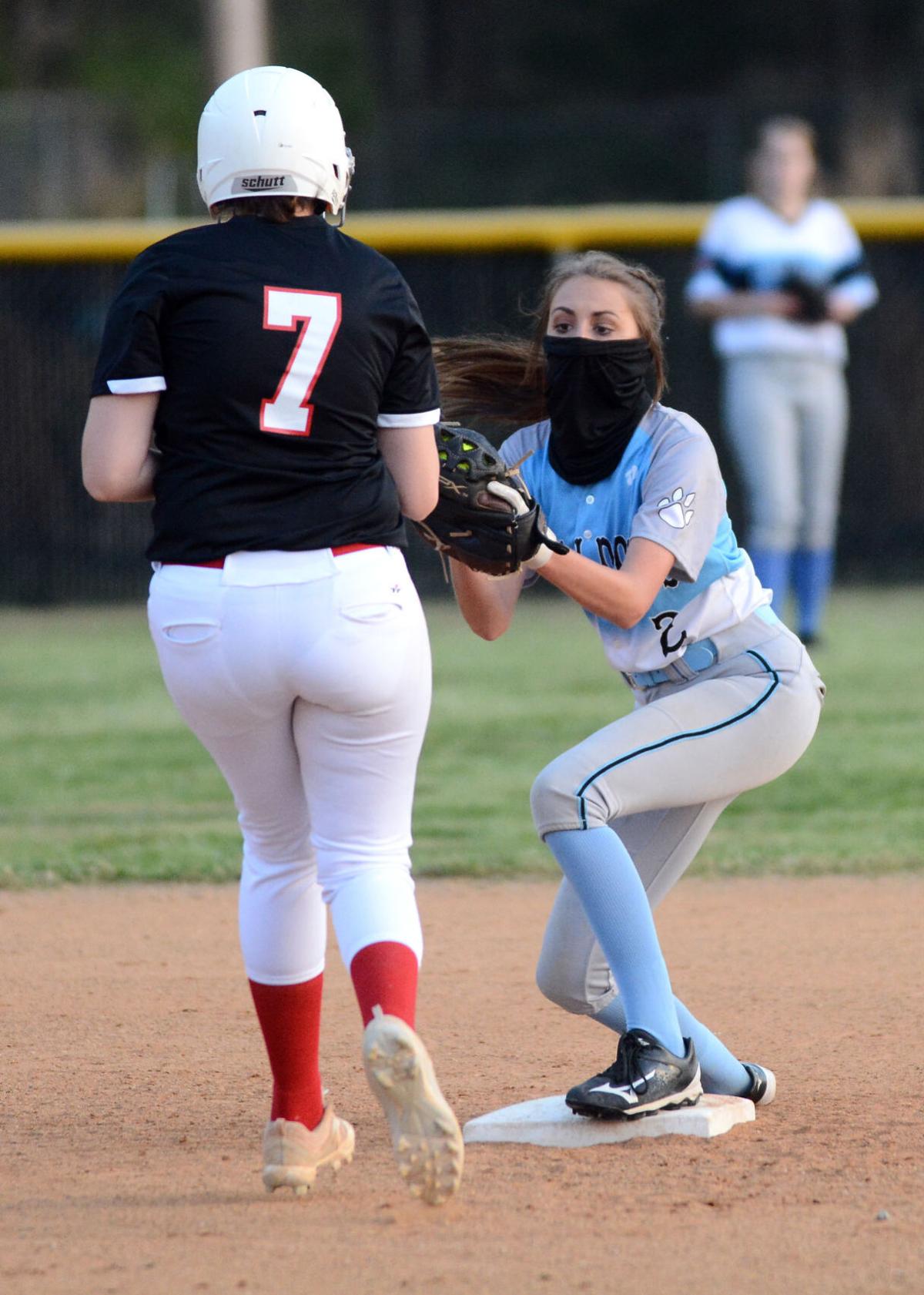 Trinity's Sara Johnson, right, puts out Wheatmore's Samantha Bugg on a play at second base during Wednesday's game at Trinity.

Wheatmore’s Mackenzie Tuttle hits a pitch during Wednesday’s game against Trinity at Trinity.

Trinity's Sara Johnson, right, puts out Wheatmore's Samantha Bugg on a play at second base during Wednesday's game at Trinity.

TRINITY — It took Wheatmore a couple times through the lineup, but eventually it broke open the game.

The Warriors scored 13 runs in a lengthy third inning and beat rival Trinity 15-0 in three innings Wednesday in PAC-7 2A softball at Trinity.

“I was happy for our girls,” Wheatmore coach Jonathan Evans said. “We gained some confidence. We really started barreling some balls up, finding some gaps in the outfield. So, I’m happy for them to get a win and play well.

“I think we needed to adjust to their pitcher. I think we just needed to have a better plan at the plate. And I thought we started hitting the ball gap to gap and really doing what we teach and what we’d like them to do.”

Kynnedy Thrift went 3 for 4 with two doubles, a triple and four RBIs for the Warriors (2-3 overall, 2-3 conference), who totaled 10 hits — many were hard hits while others were borderline against the Bulldogs’ young, inexperienced defense.

Natalie Dodd had two hits and four RBIs while Hannah Smith added two doubles and one RBI. Zoie Wyatt also chipped in two hits and an RBI as Wheatmore sent 17 batters to the plate during its offensive outburst.

“I think we came out ready to play,” Thrift said. “We were all excited and wanted to be here, and it showed.

The Warriors scored twice in the first — on an infield error and on an RBI groundout by Karleigh Hunt. They got two on with nobody out in the third, moved them to second and third and, with one out, began the merry-go-round.

Dodd and Thrift each had a pair of run-scoring hits while Smith and Wyatt each had one run-scoring hit in the inning as Wheatmore tallied eight hits and capitalized on a handful of Trinity’s defensive miscues.

Thrift also got the win in the circle for the Warriors, striking out six of the nine batters she faced while walking two, before Carmen Turgeon struck out two in a three-batter third inning. Graci Gibbs took the loss for the Bulldogs.

Trinity, which committed six errors for the game, drew two walks and threatened to score with two outs in the first. But it went in order the rest of the way and were quickly outpaced once Wheatmore got rolling.

The Bulldogs have been sharing players with the soccer team so that both teams can have a season, and rarely does the entire team practice together. So, there is a lot of youth and inexperience on the roster.

But several of the miscues Wednesday were from players who primarily play softball. So, the results were particularly frustrating, coach Tori Butler said. The goal is to regroup and play better Tuesday when the teams play at Wheatmore.

“I always ask them to give me 110%, and I felt like they gave me 10% — that’s just the truth,” Butler said. “Honestly, we have a couple players who carry the team. And I don’t know — they weren’t here mentally. And the other thing is we struggle with hitting. We work on it, but we struggle.

The teams will play again Tuesday at Wheatmore. Game time is set for 6 p.m.