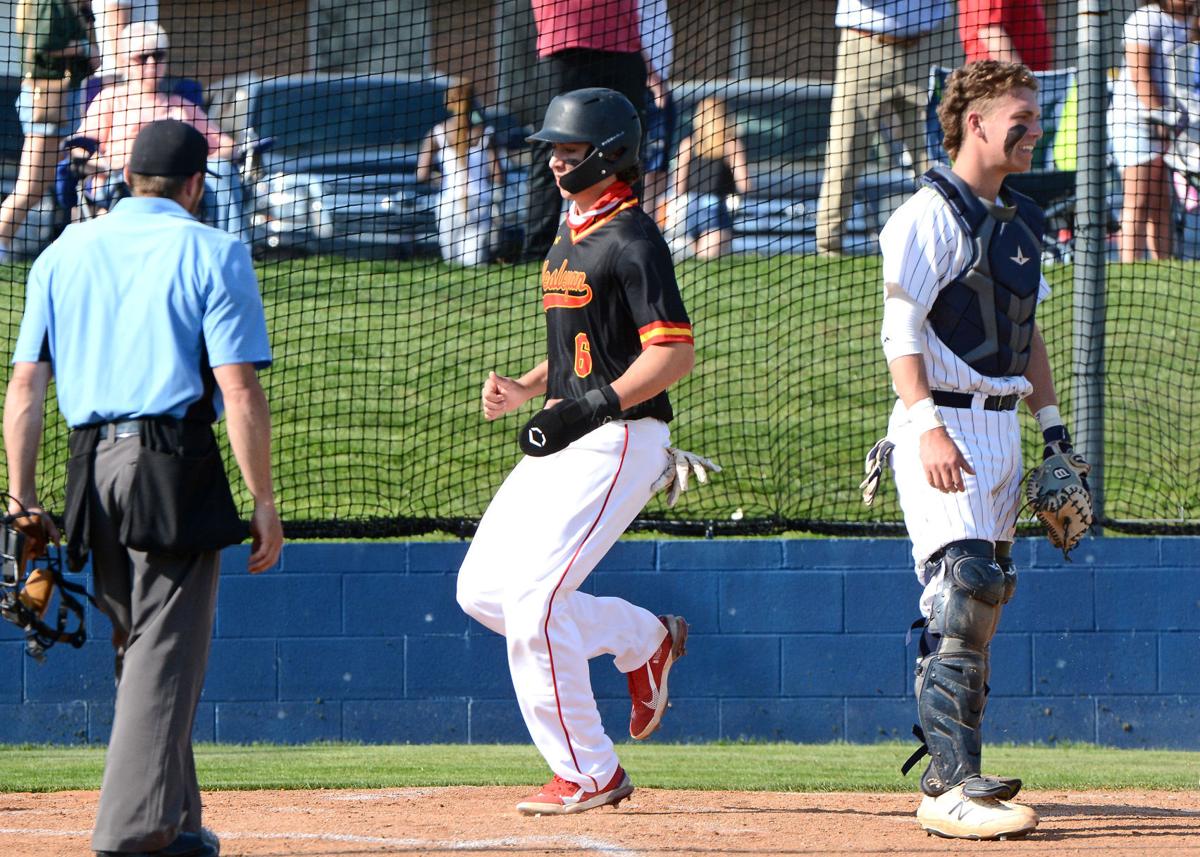 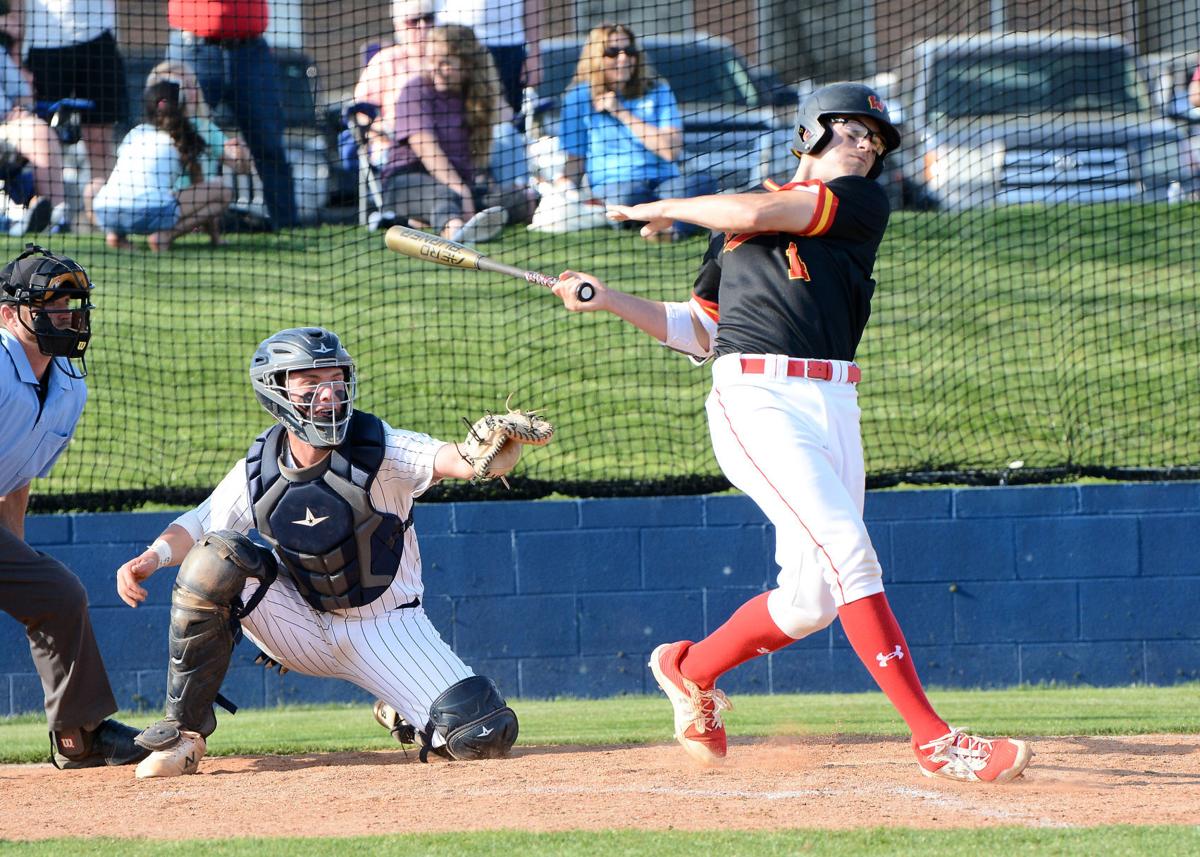 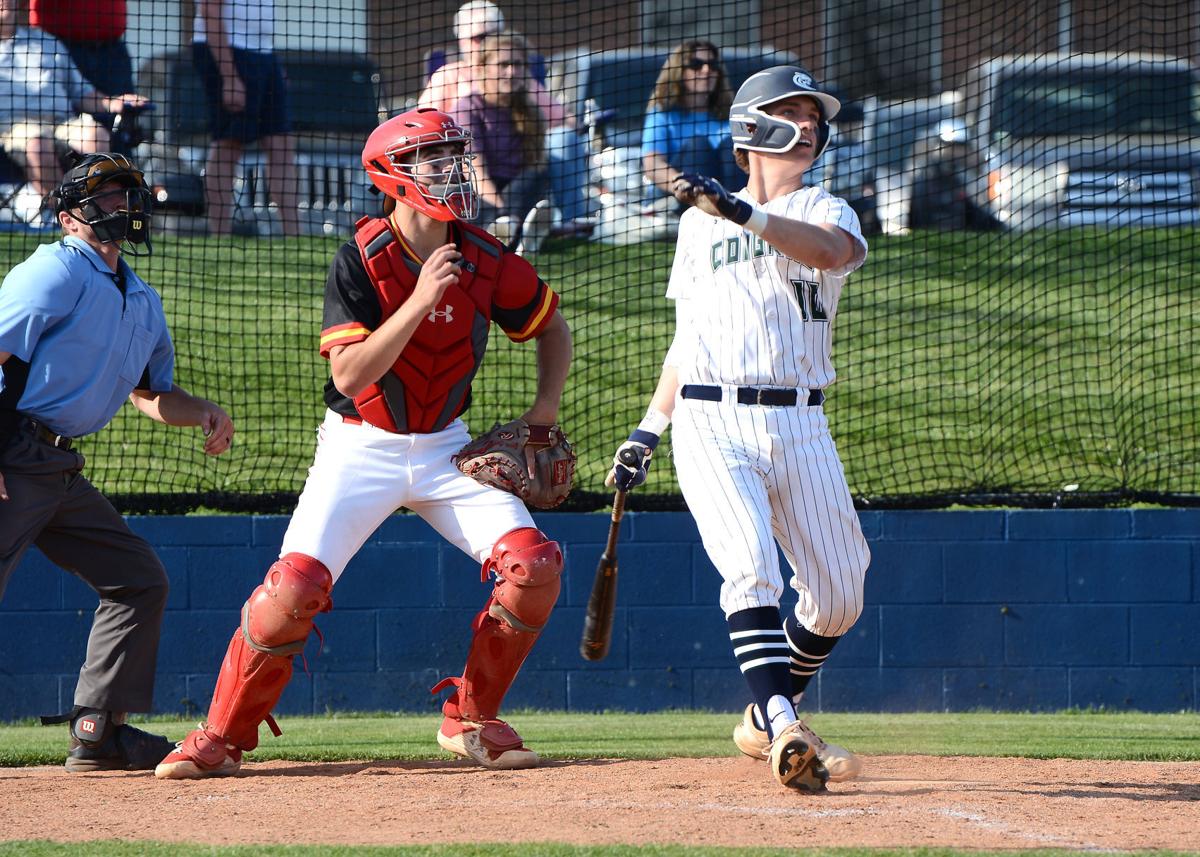 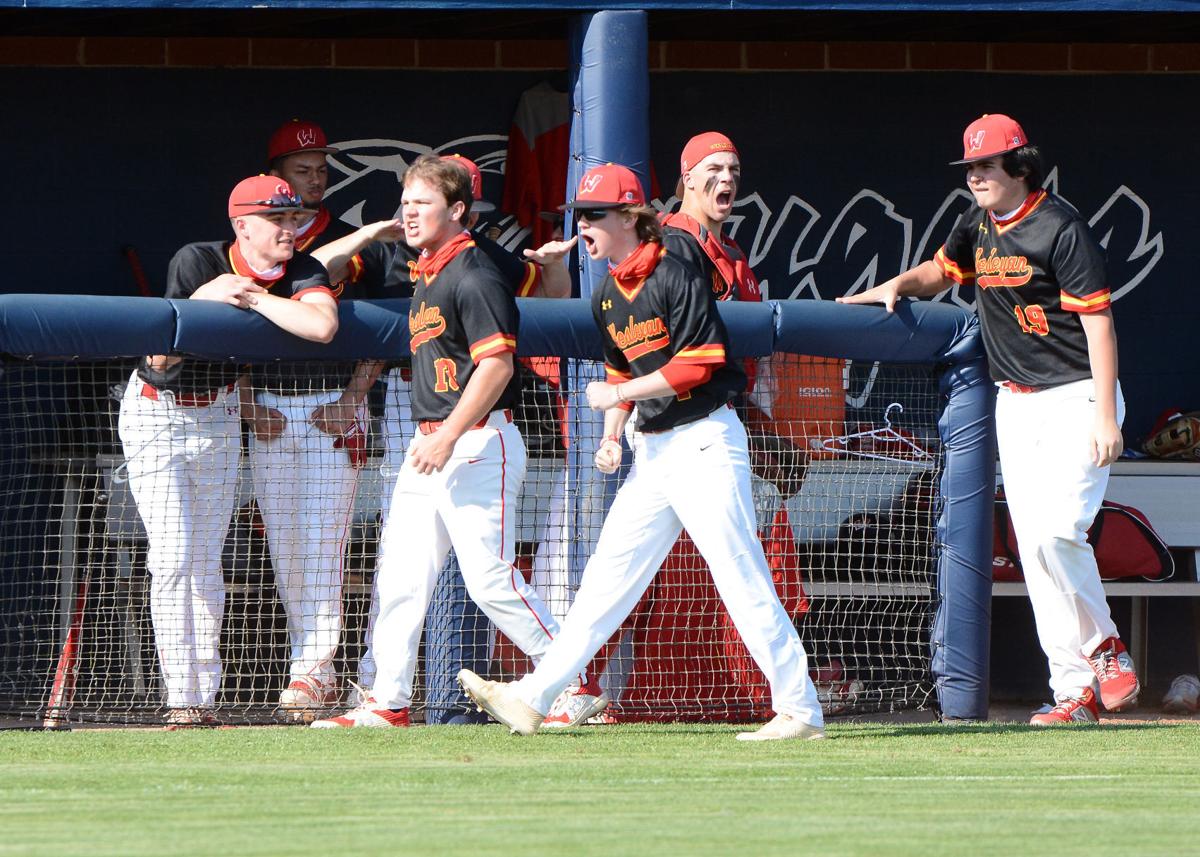 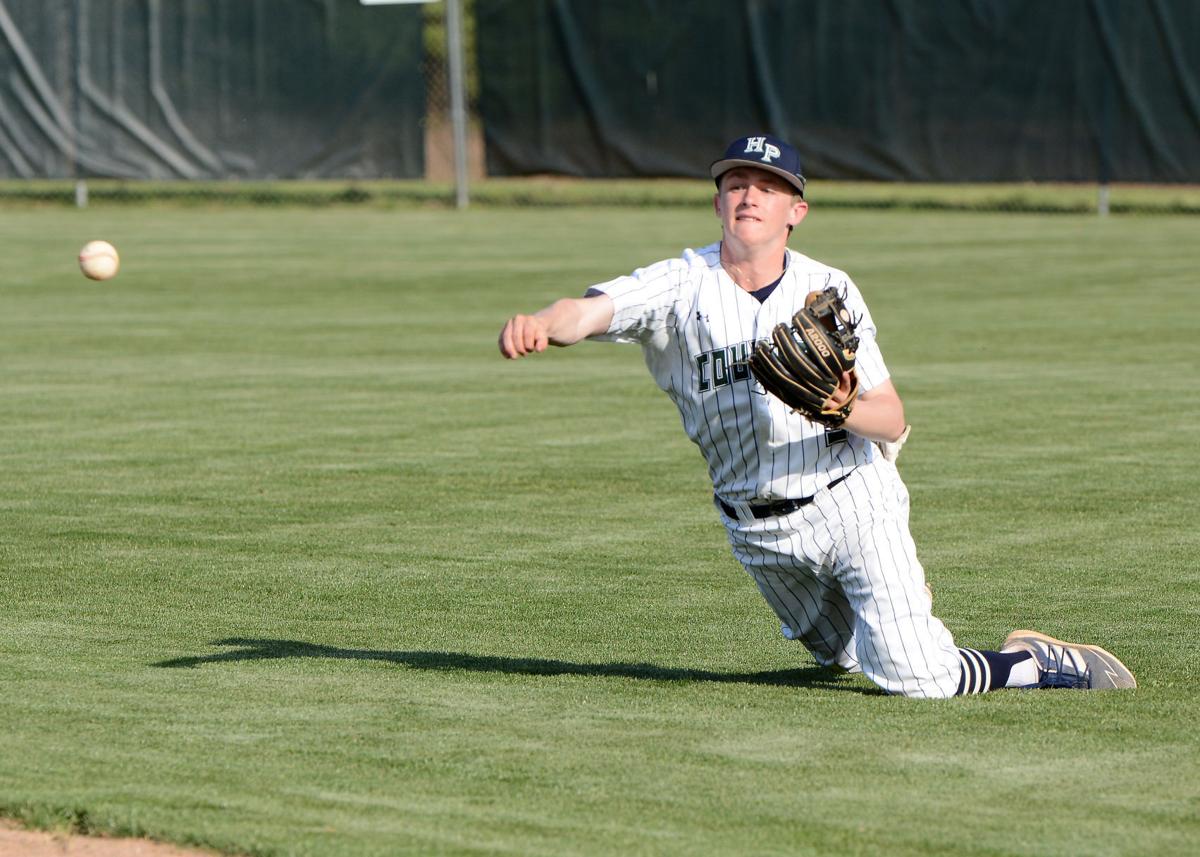 High Point Christian second baseman Bryson King makes a sliding stop and throw to first for an out during Tuesday's game against Wesleyan Christian at Oak View Baptist Church.

High Point Christian second baseman Bryson King makes a sliding stop and throw to first for an out during Tuesday's game against Wesleyan Christian at Oak View Baptist Church.

HIGH POINT — Grant Aycock came through at the plate and on the mound in extra innings for Wesleyan Christian Academy on Tuesday.

With shadows covering the infield at Oak View Baptist Church, Aycock lifted a sacrifice fly to sunny center that drove in the go-ahead run in the top of the eighth inning then shut out High Point Christian in the bottom half as the Trojans pulled out a 6-5 victory after leading by five in the top of the first.

Aycock’s drive of a fastball to deep center off reliever Carter Bass scored Hudson Lance, who walked, took off for second in a steal attempt and went to third when the throw from the catcher went into centerfield.

“I just wanted to do what was best for the team,” Aycock said. “I knew we had to get that run in if we wanted to win. I was trying to do whatever I could, not strike out or anything. I just tried to get it in the air. The infield was in so I didn’t want to hit a groundball.”

Aycock then went to the mound for his fourth inning in relief of eighth-grader Sam Cozart, who tossed four innings in his first start before hitting a pitch limit. Aycock, who gave up the tying run in the fifth, made amends after issuing a lead-off wall at the end. He then forced a grounder that was turned into a double play and got the final out on a grounder thanks to shortstop Isaac Smith’s throw that narrowly beat the runner to first.

Aycock got out of a jam in the sixth, and after putting runners on first and second in the seventh, struck out the side.

“At the end of the day, Grant Aycock is a competitor,” Wesleyan coach Maurice Blekeney said. “No matter what situation we’re in, I feel comfortable with him on that bump with the ball in his hand. I’ve got that much confidence in him”

Blakeney sent Lance on his steal attempt to put pressure on the Trojans.

Wesleyan took advantage of Cougar starter Eli Crump to build its 5-0 lead in the first.

Aycock led off with a double and scored on a bases-loaded single by Thomas Bowman. Will Papicak then hit a tapper to the mound but the throw to second was wide and dropped, allowing Mason Russell to score. Christian Walker beat a throw to the plate on a fielder’s choice and Riley Phelps followed with a two-run single that made it 5-0.

Crump and Bass then combined for six scoreless innings as the Trojans failed to plate a runner from third three times.

Wesleyan improves to 5-4 and is tentatively set to play Concord Assembly on Friday.

HPCA (9-4) got one run in the first off Cozart on Cole Philbin’s single that scored Bass. Noah Hill crushed a two-run homer to right off Cozart in the third to make the margin 5-3. In the fifth, HPCA tied it after Aycock issued a leadoff walk and hit the next batter. Crump scored on a fielder’s choice and Sam Sapp followed with a single that drove in Hill.

Crump pitched until allowing a single with one out in the seventh. Bass struck out two in closing out the seventh and got a leadoff strikeout in the eighth.

HPCA plays host to Covenant Day on Thursday at 4:30.