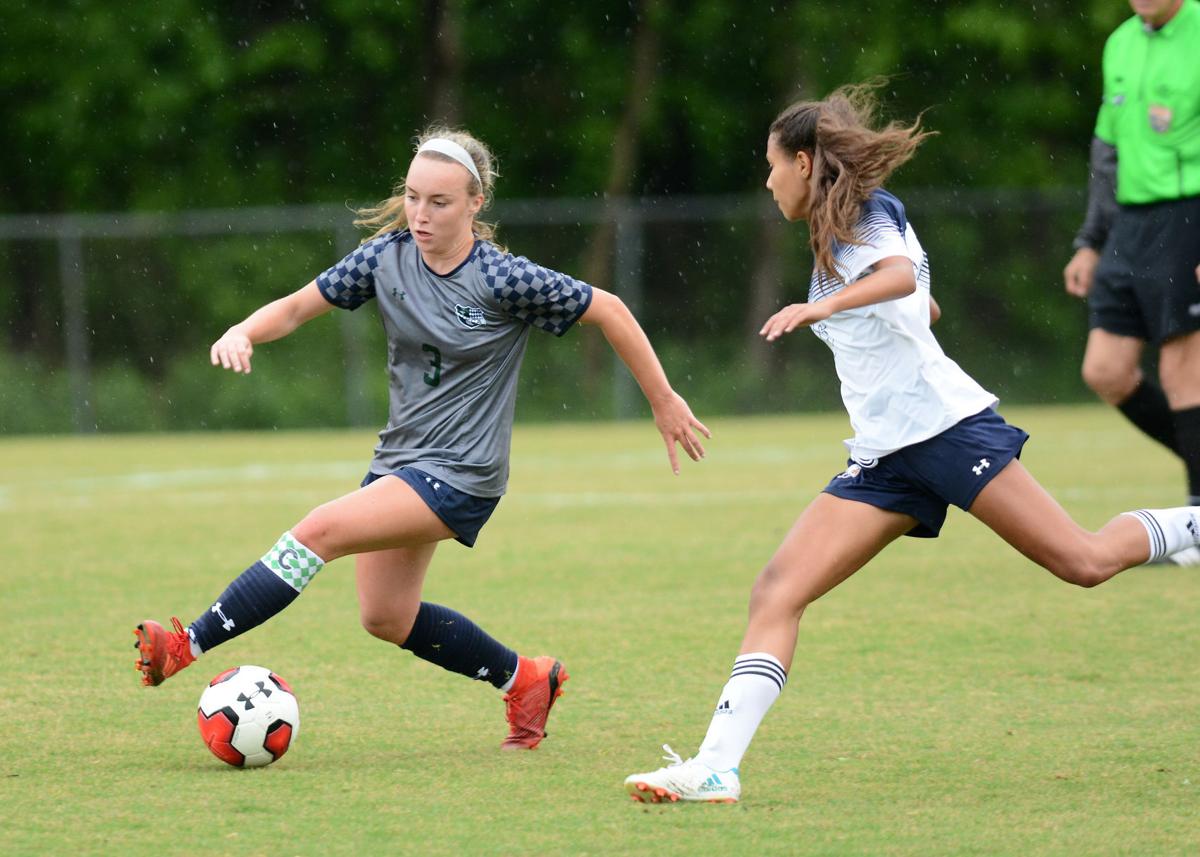 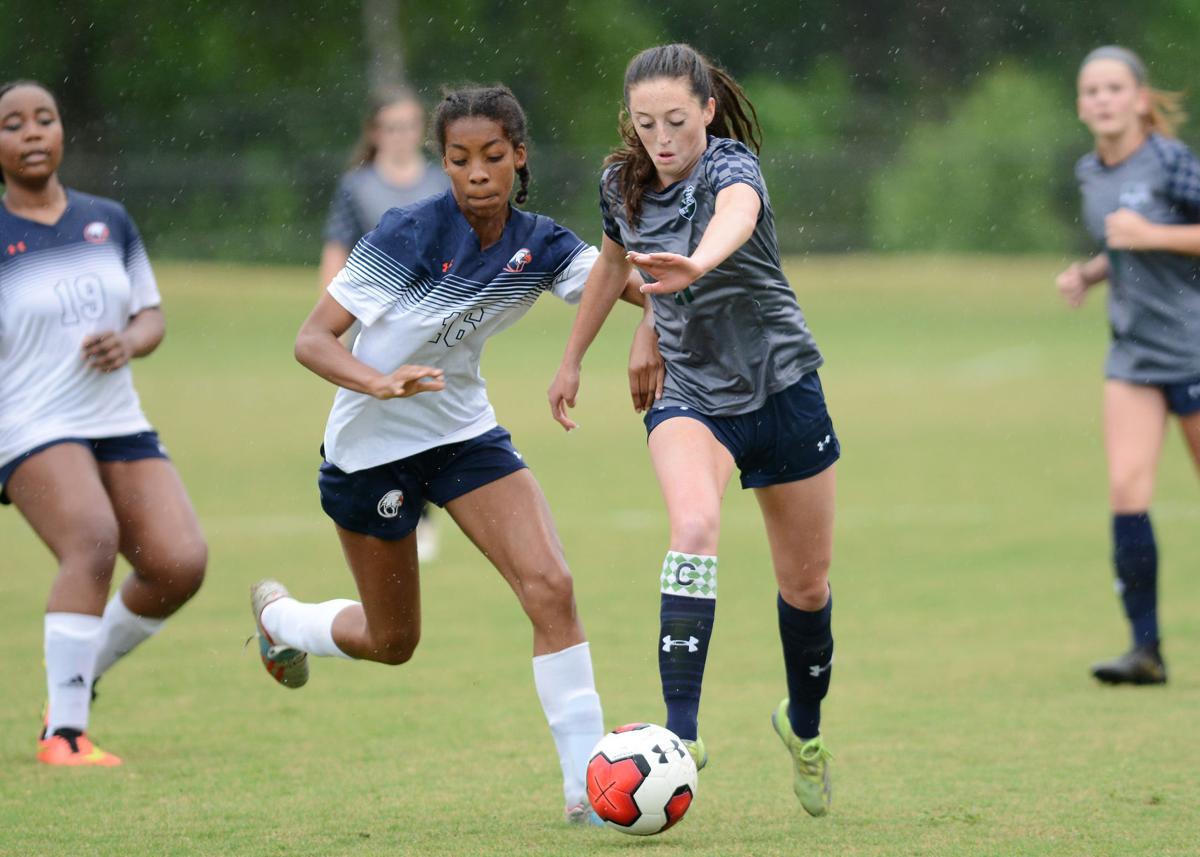 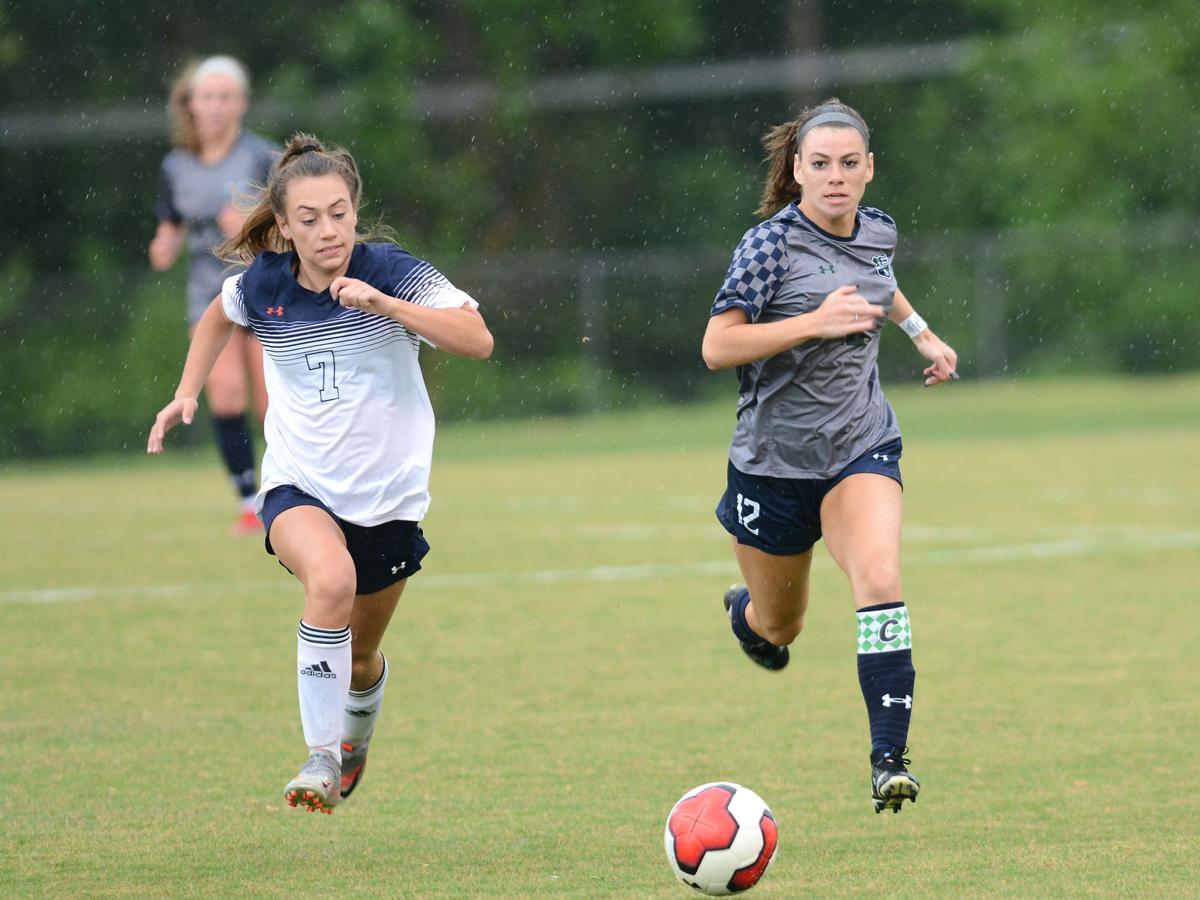 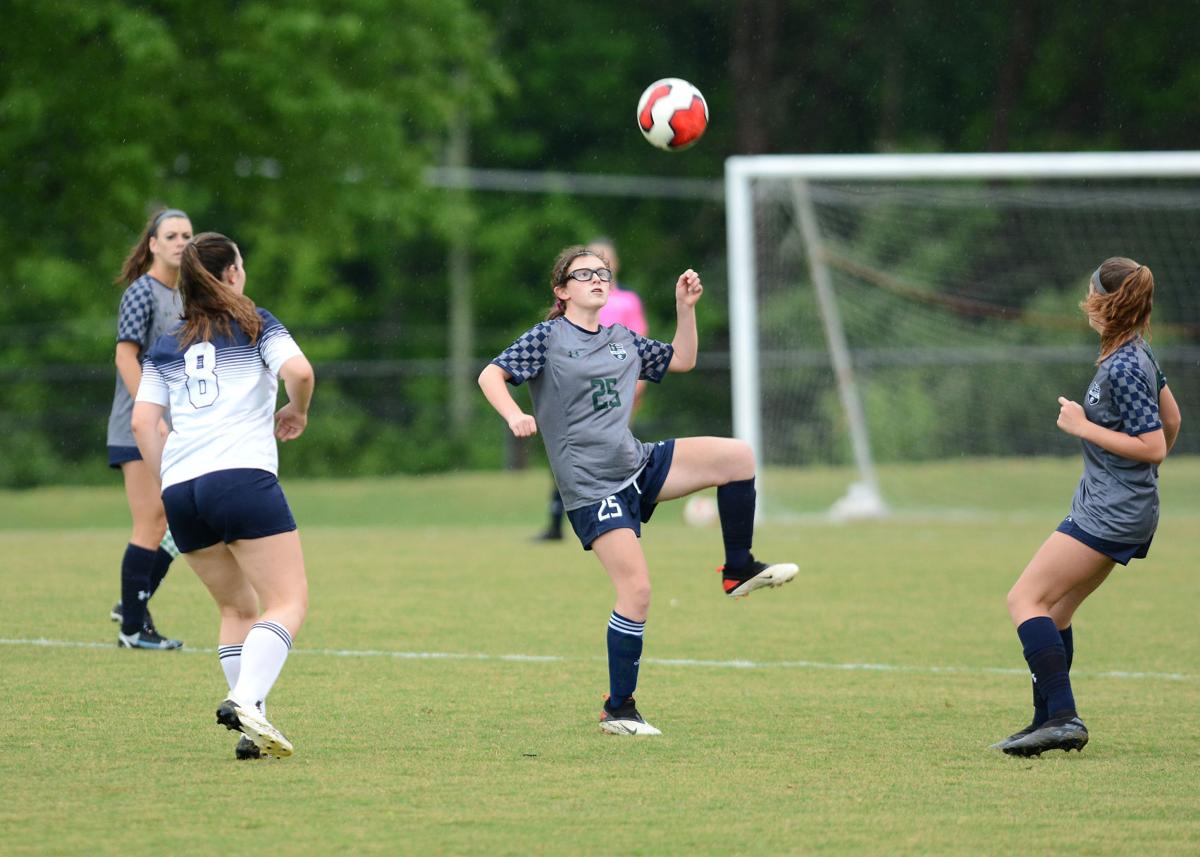 High Point Christian's Caroline Dougherty controls the ball out of the air during Tuesday's playoff match against GRACE Christian at Correll-Morris Field. 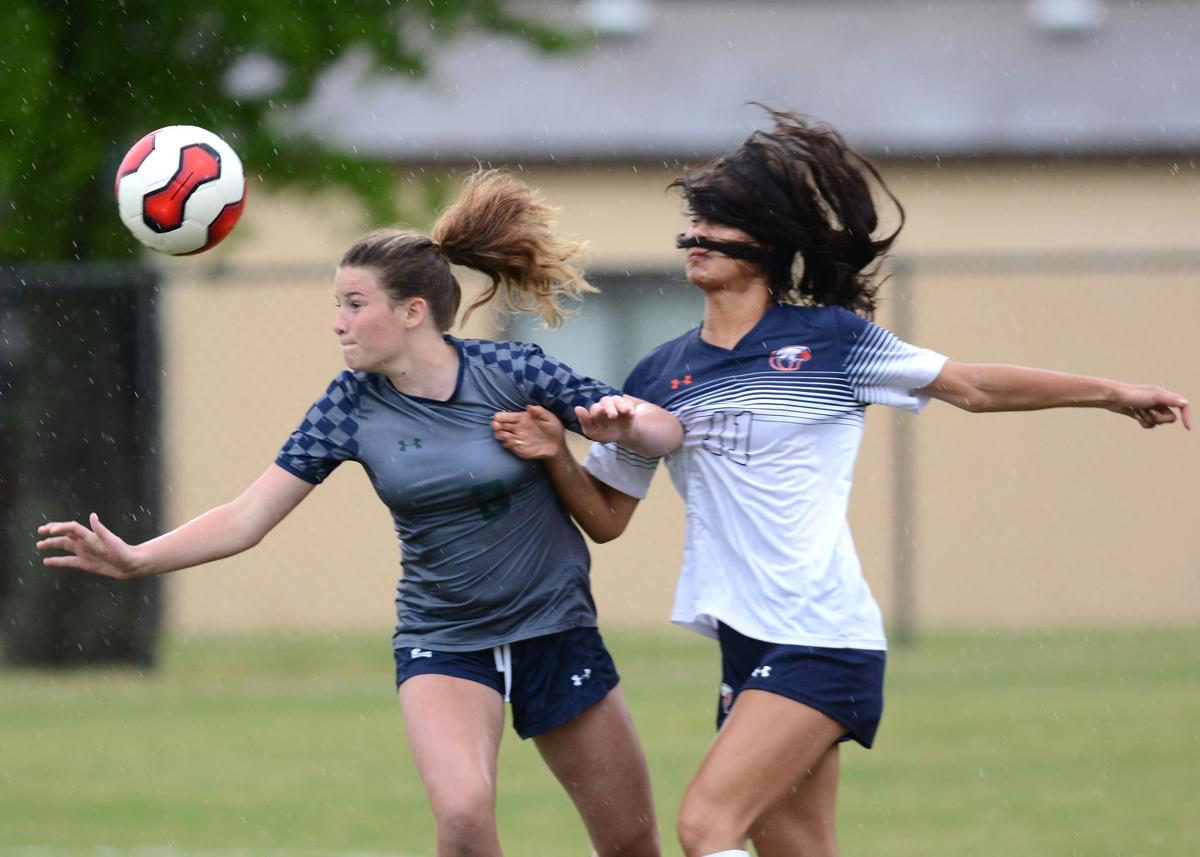 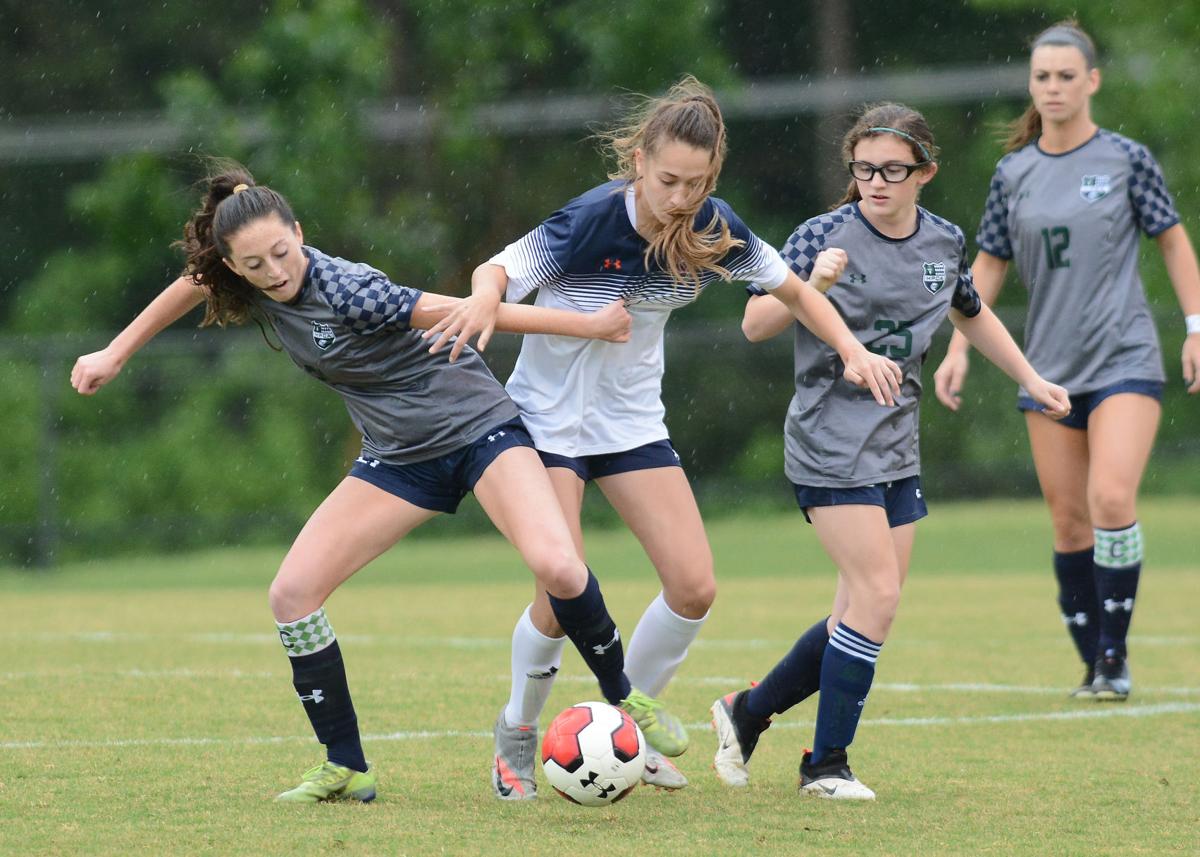 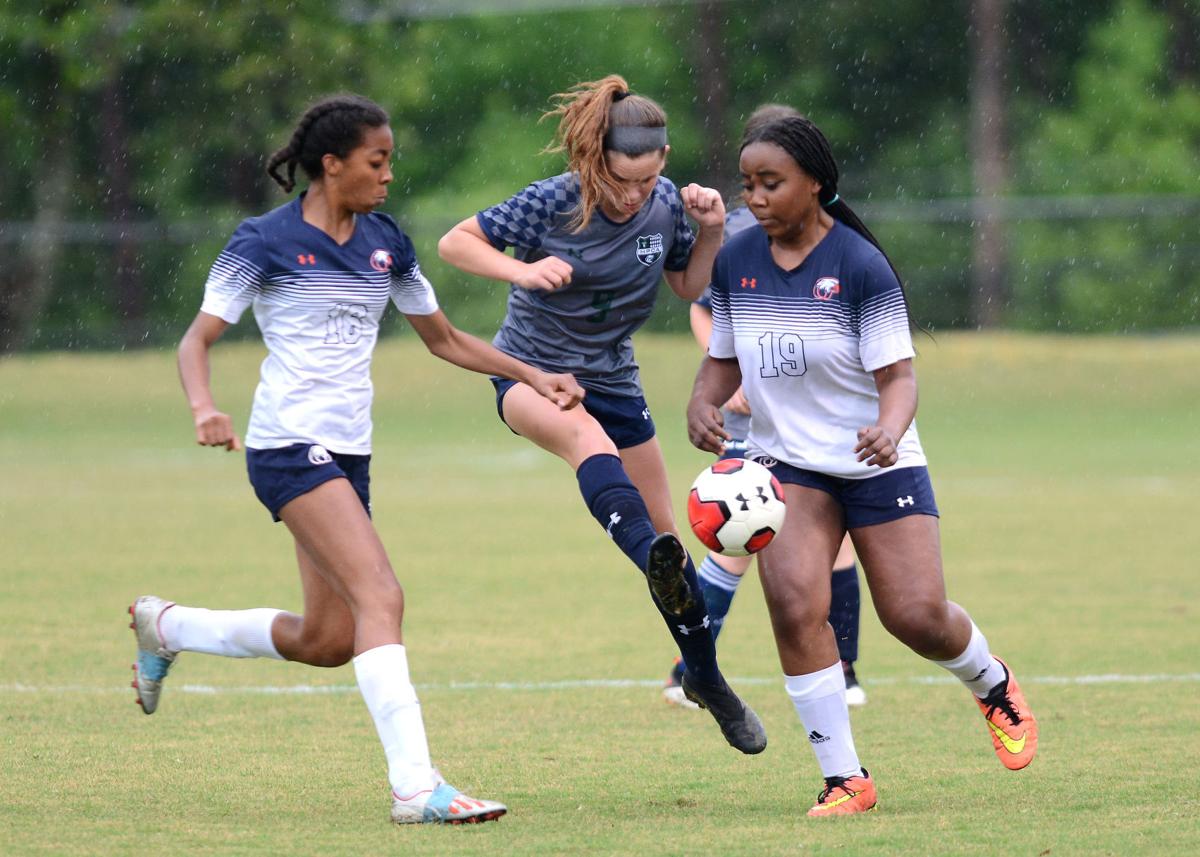 High Point Christian's Caroline Dougherty controls the ball out of the air during Tuesday's playoff match against GRACE Christian at Correll-Morris Field.

In the 2A, Wheatmore won the Mideast regional while Ledford won the Midwest regional to qualify for the state championship Monday at Pinehurst No. 6. Meanwhile, Oak Grove’s Cayden Bryner and Trey Benson qualified individually.

In the 1A, Bishop McGuinness’ Sam Haggas qualified as an individual for the state championship Monday at Foxfire Resort and Golf Club (Red).

Ledford, playing The Revival Golf Course, finished with a team total of 311. Luke Nelson led the team with a 74, followed by Tyler Partee (77), Javon Comer (77) and Connor Davidson (83). West Davidson was second with a 318.

Oak Grove’s Bryner was medalist at the 2A Midwest regional, firing a 4-under 68 — including a 5-under back nine. Benson also posted a 3-over 75.

The top two teams and top four individuals not on a qualifying team from each regional qualify for the state tournament.

CHARLOTTE — Twelfth-seeded High Point Central lost 12-0 in five innings Monday against Providence at Providence in the first round of the NCHSAA 4A softball playoffs.

Heather Jimenez singled and Callie Herndon doubled for the Bison, who finished their season with an 8-5 record. Alexis Oxendine and Abbie Behe, who struck out three, combined in the pitching effort.

Gavin Sentell went 2 for 3 with a double for the Panthers (3-0 overall, 2-0 CCC), who led 7-1 through two innings. Bailey Smith had a hit and three RBIs, while Owen Finley and Walker Bethune each added a hit and one RBI.

Smith also got the win on the mound, striking out seven while allowing one run on one hit and one walk. Gavin Sentell added two strikeouts in one inning pitched.

Chris Hartzell and Sam Kruse teamed to win the Central Carolina 2A Conference, beating Eli McNeil and Brady Weisner in the finals to cap their four-round run to the title.

Joe Lamb and Jake Queen also placed third as a doubles team, while Rafal Kostraba placed fifth in his singles division. All of these players will play in the regional tournament on Friday at 1 p.m. at Salisbury.

THOMASVILLE — The HiToms will begin their 34-game schedule Friday, May 28, against the Catawba Valley All-Stars at Finch Field.

That game, which is scheduled to start at 7 p.m., will be the second game in a doubleheader featuring Davidson County rivals Thomasville High and East Davidson High. The heart of the schedule includes 22 Coastal Plain League home games throughout the summer.

High Point-Thomasville will also host nine Friday night home games and eight Sunday afternoon games. The HiToms, who will feature former Wesleyan Christian coach Scott Davis as manager and a number of area standouts on the field, are a wooden bat summer collegiate team and a member of the CPL.

Womble and Wilforng tied Anthony Conn of Raleigh and Brandon Reece of Rolesville in regulation. Conn/Reece won with a par on the thrid-playoff hole. Womble/Wilfong held a two-hole lead at the turn. Conn/Reece won three straight holes to go 1-up and the match was tied on holes 15-18.

Pairings for both the men’s and women’s lacrosse tournament will be revealed during a selection show at 9 p.m. Sunday on ESPNU.

High Point Christian vs. Grace Christian soccer on Tuesday, May 4, 2021, at Correll-Morris Field.