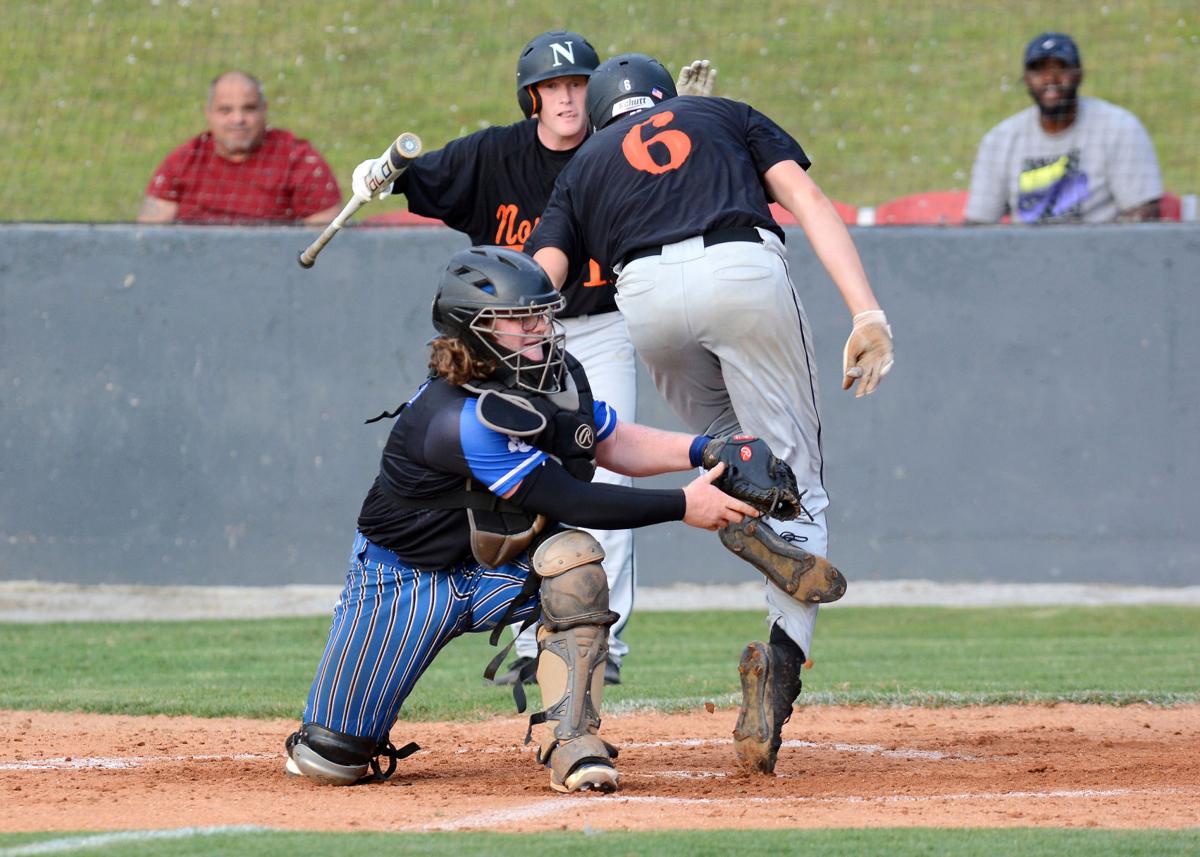 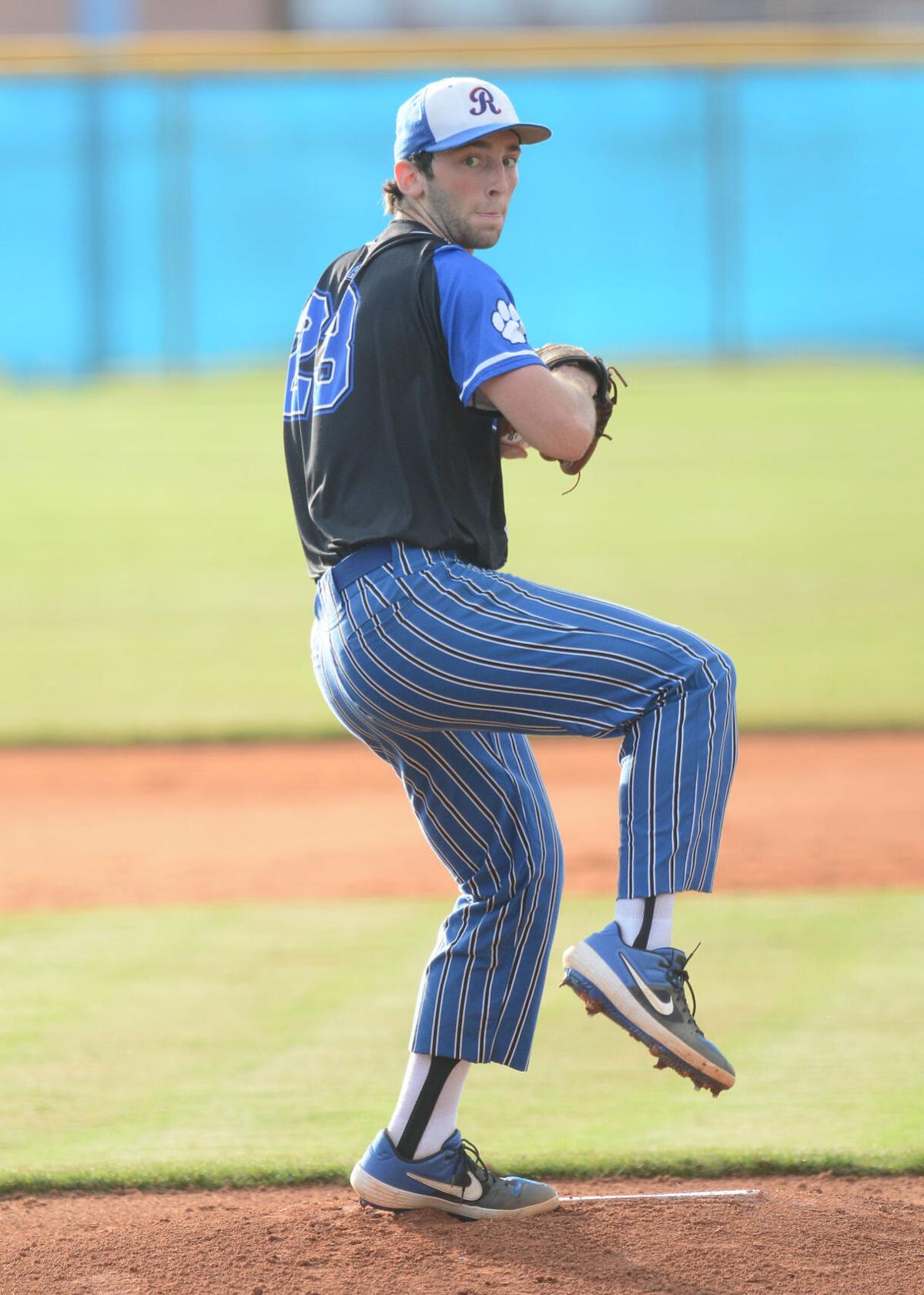 JAMESTOWN — Ragsdale put itself in position to win in its final at-bats, but it just didn’t work out this time.

The Tigers allowed four runs over the sixth and seventh innings but rallied to put the tying and winning runs in scoring position in the seventh.

They couldn’t quite get the big hit they needed in falling 4-3 against Northwest Cabarrus in nonconference baseball Wednesday on Senior Night at Ragsdale’s Ronnie Smith Stadium.

“Going back a couple of games we’ve been playing real well,” Ragsdale coach Donnie Maness said. “We’ve faced some really good arms and we saw some great arms tonight — and we had a chance. Tying run on third, winning run on second. So I can’t complain too much. Our guys gave us a chance to win at the end of the game.”

Chad Carpenter, Evan Cullis and Caleb Harvey each had a hit and an RBI to lead the Tigers (9-5), who sat a half-game behind second-place Grimsley with the Whirlies facing first-place Northwest Guilford in their finale Wednesday night.

Starting pitcher Win Scott threw well in four innings, striking out nine while scattering four hits and one walk. Carpenter took the loss in 1 2/3 innings of relief without allowing an earned run as a handful of miscues took their toll late.

“If you want to be a really good team, you’ve got to catch the baseball. But high school players make errors,” Maness said with a smile. “I can live with it as long as they’re playing hard. And my guys tonight did it playing hard. They had a good sweat going, they were playing the game, and they were trying to win it. I can’t argue with that.”

Harvey’s RBI single in the fourth gave Ragsdale a 1-0 lead, which held until the Trojans (10-3) — who lead the South Piedmont 3A Conference — scored one in the sixth following an error and an RBI single through the left side.

In the seventh, Northwest Cabarrus, with runners on second and third with one out, scored one on a squeeze bunt. The toss home went wide, allowing another run to score, and the throw to second went into the outfield.

The Trojans then scored another on a sacrifice fly to lead 4-1.

But the Tigers, loading the bases with no outs, answered with two in the bottom half — plating runs on an RBI ground and a hit-by-pitch. They moved the tying run to third and the winning run to second with one out.

But a strikeout and a groundout ended it.

“We’ve been doing that some,” Maness said. “We had a big game here last week where we had to fight, and I think it was against Western Guilford early in the season where we had to score two or three runs late. So, we’ve kind of had a little bit of that heartbeat.”

With the Metro 4A Conference receiving only one automatic playoff berth, Ragsdale will seek a wild card into the playoffs. The brackets are set to be released over the weekend and play will start Tuesday.

“We’ve looked at it and we feel like we’ve got a good shot to get in,” Maness said. “We’re a nine-win team. If we win tonight, we’ve got 10. Three of our five losses were to Northwest Guilford, which won our league. And we took two out of three from Grimsley, which beat Northwest tonight. So, it’s tough at the top of our league.

“It’s all dependent on conference records. We finished 8-4 in the conference and we believe that once they get through the No. 1 seeds and No. 2 seeds that we’ll have the best No. 3 seed record in the West. We don’t know that for sure — stuff still can shake out. And if we don’t then we don’t. But our kids gave us every opportunity to fight.”