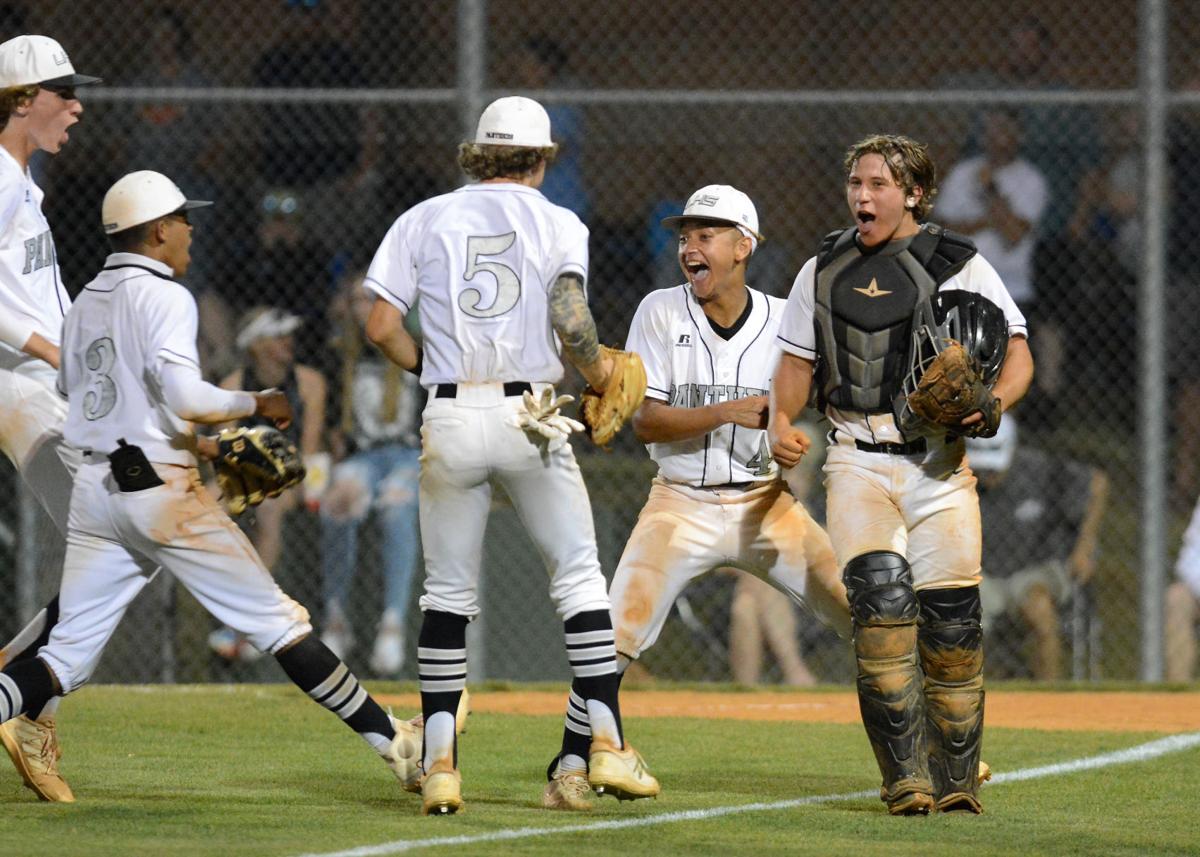 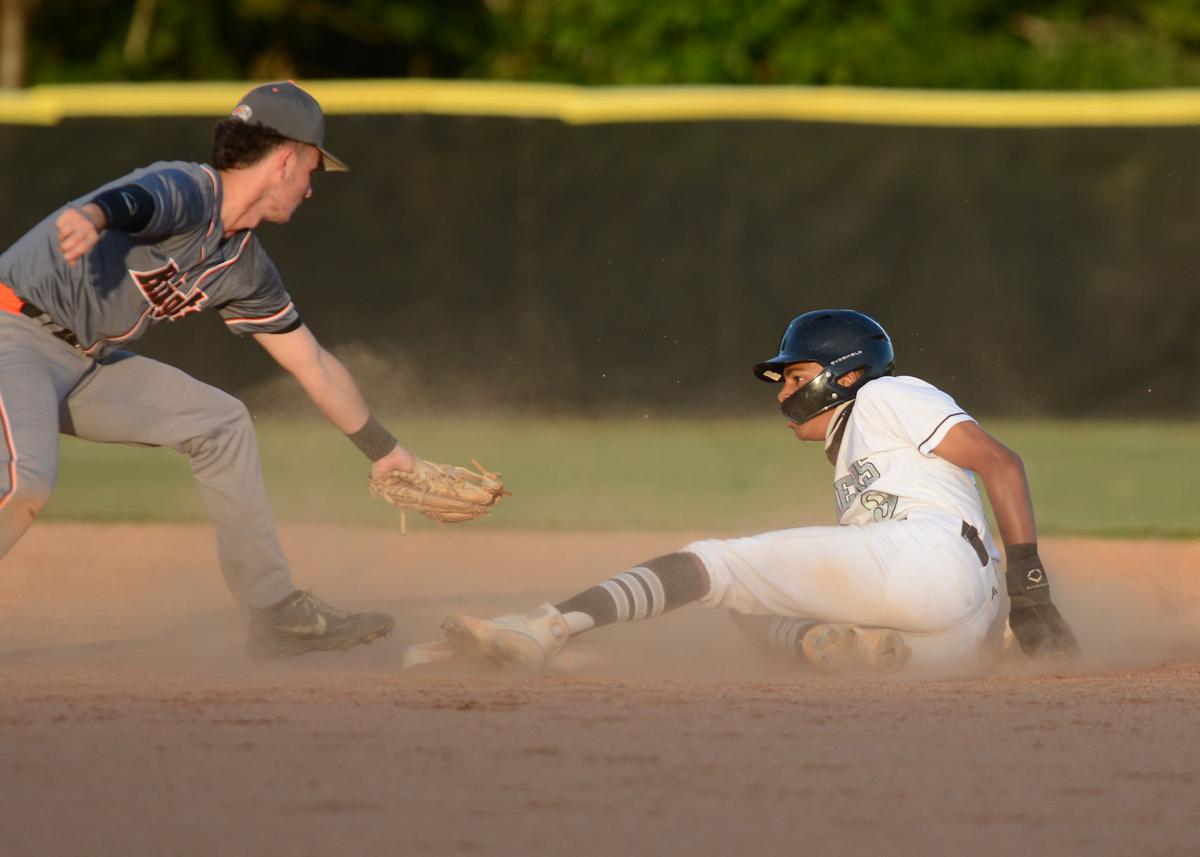 Ledford's Devin Villaman, right, slides safely into second base for a stolen base during Friday's game against North Davidson at Ledford's Gary Hinkle Field. 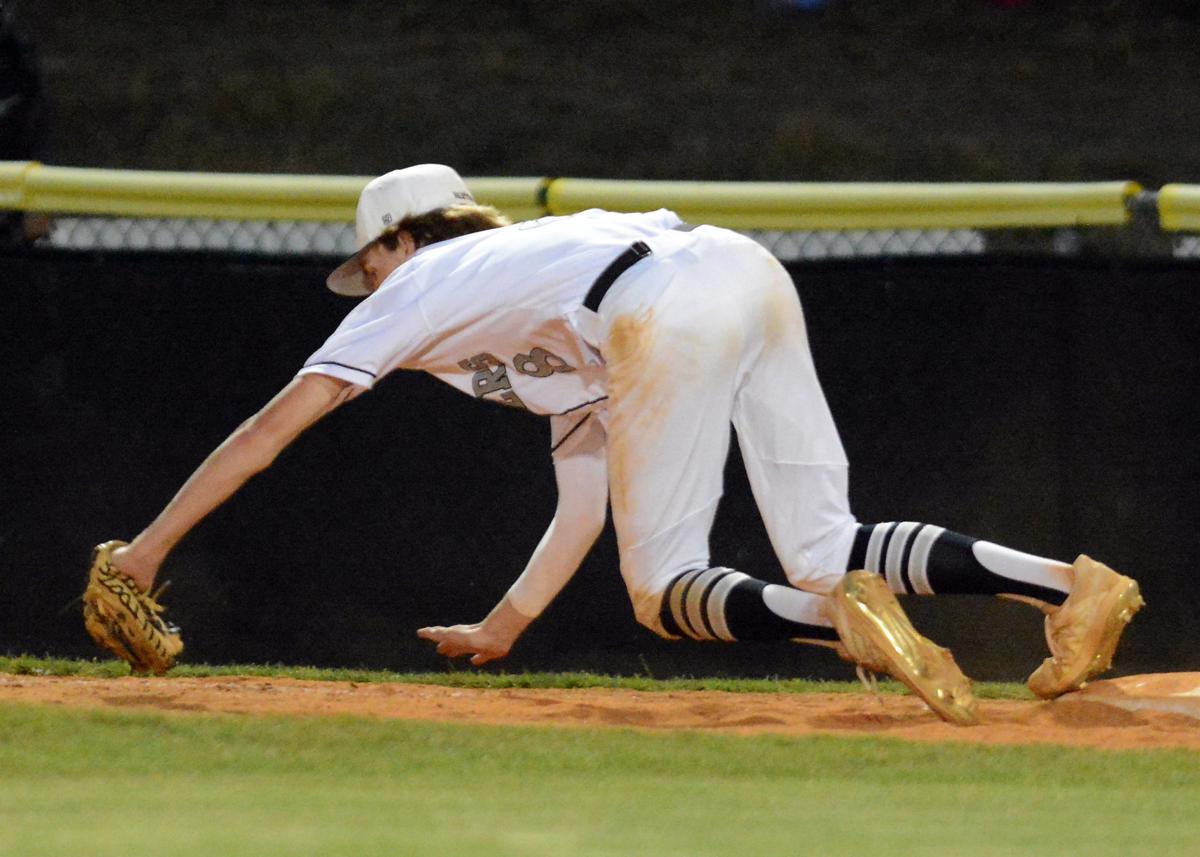 Ledford's Devin Villaman, right, slides safely into second base for a stolen base during Friday's game against North Davidson at Ledford's Gary Hinkle Field.

WALLBURG – Ledford hadn’t played well in a couple key games this season. This time it got the job done.

The Panthers pitched well throughout, took advantage of a handful of fluke opportunities and beat rival North Davidson 6-4 in Central Carolina 2A Conference baseball Friday at Ledford’s Gary Hinkle Field.

“I’ll tell you what we did, we competed better tonight than we had in the previous big games we’d played,” Ledford coach Chris Adams said. “It was no secret that I was very disappointed with how we played against Oak Grove and South Rowan.

“And we had a week off since we played South Rowan last week. So, we just tried to spend some time this week working on us and just competing. Getting out of that first-inning jam was big – we could’ve gone in the tank right there. But we got out of that, they got a couple in the third, but the kids just kept battling.”

Bailey Smith had a hit, a run and three RBIs to lead the Panthers (9-2 overall, 7-2 conference), who finished the regular season tied for third in the conference. Owen Finley also had a hit and two runs.

Ledford – celebrating seniors Gavin Sentell and Bradley Shoaf before the game – fell behind 3-0 in the top of the third, but it answered with two runs in the bottom half as Smith sent a single bounding over the shortstop with two outs.

Two innings later, in the fifth, the Panthers had two on with two out. Lucas Glover lofted a fly ball to right, but the outfielder dropped the ball – allowing both runners to score. The Black Knights argued the play but to no avail.

The next batter, Walker Bethune, then popped up to first. But again the fielder did not make the play, allowing the run to score. And suddenly Ledford, needing a big win to potentially keep its playoff hopes alive, led 6-4.

Glover, who worked in relief of starter Garrett Roark, who struck out eight in three innings, completed his three innings having struck out four while allowing no runs, no hits and only one walk in earning the win.

Sentell, after walking the leadoff batter, then struck out three straight to pick up the save. Merritt Beeker, who struck out 14 in 4 2/3 innings, took the hard-luck loss for the Black Knights (9-3, 8-1), who finished tied with Oak Grove.

Ledford – looking to improve its chances of getting one of the few wild-card bids for the state playoffs – will host East Davidson on Monday at 4:30 p.m. in the opening round of the CCC tournament.