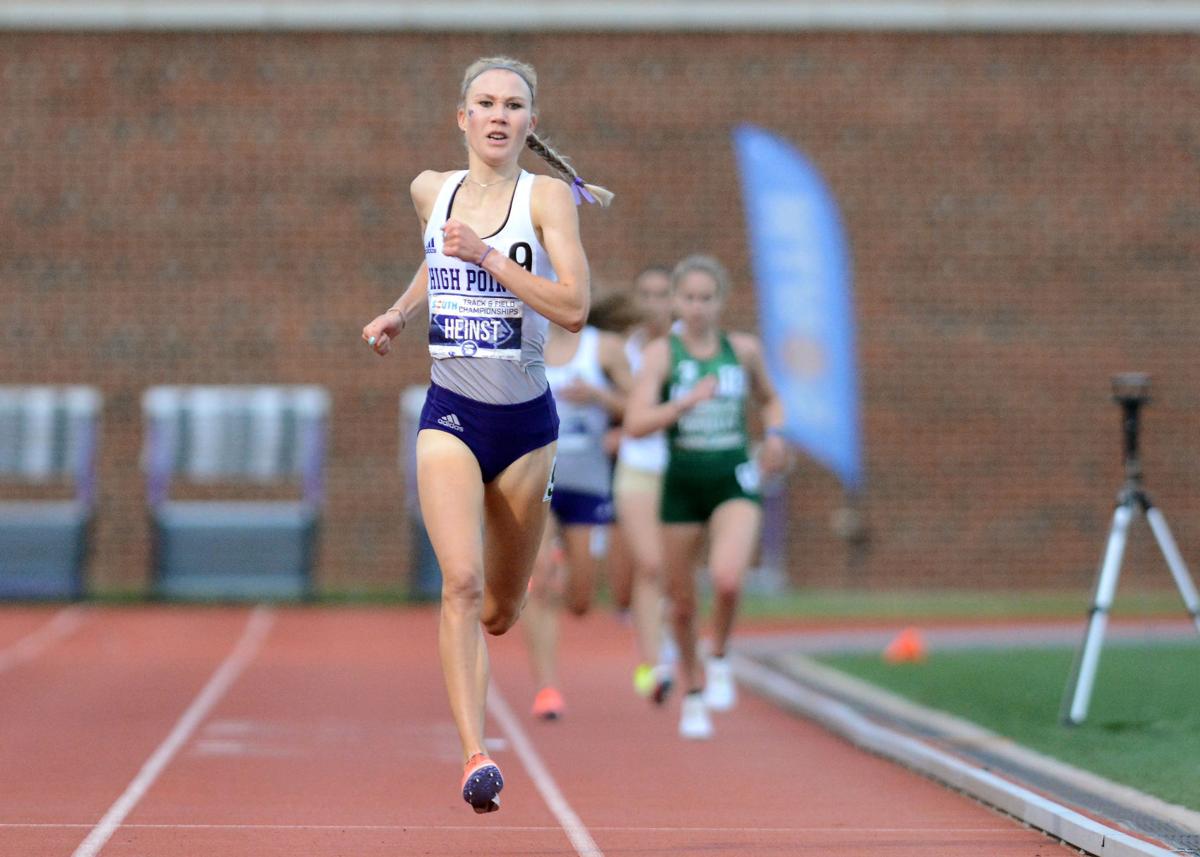 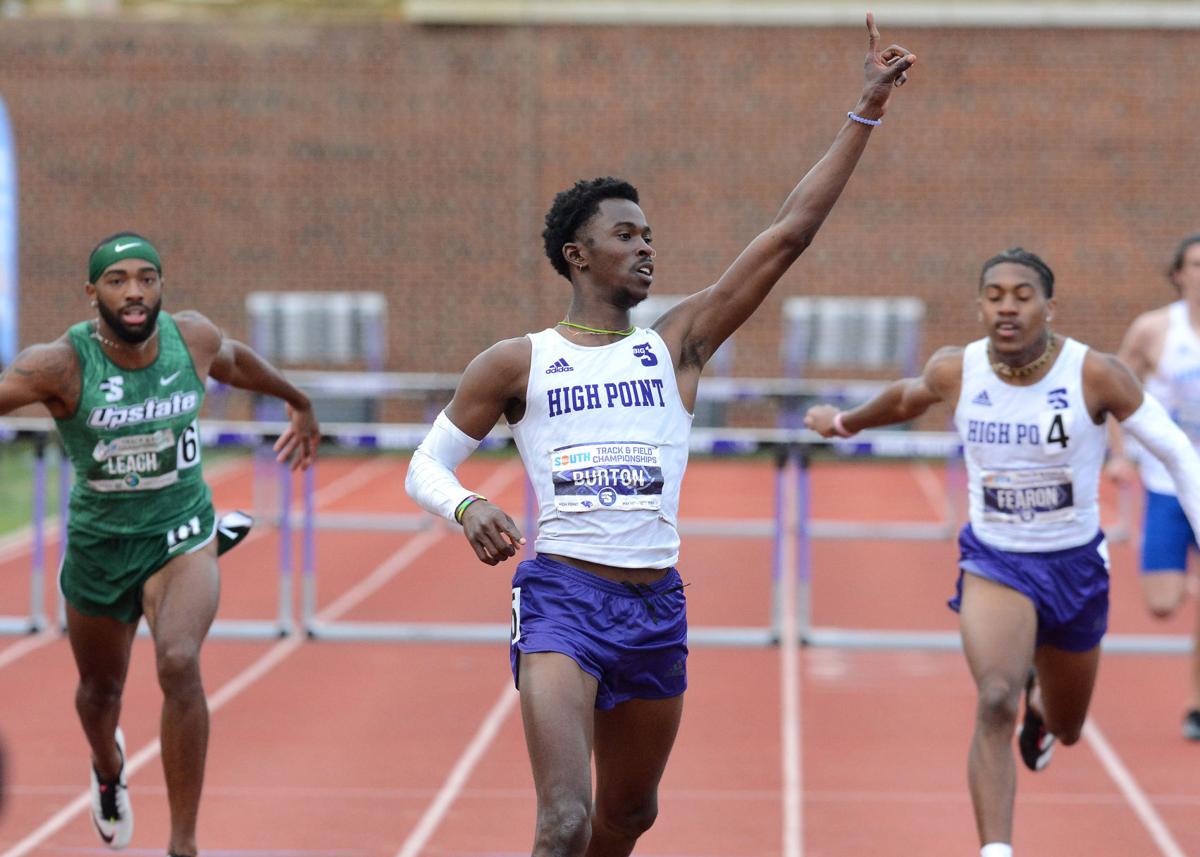 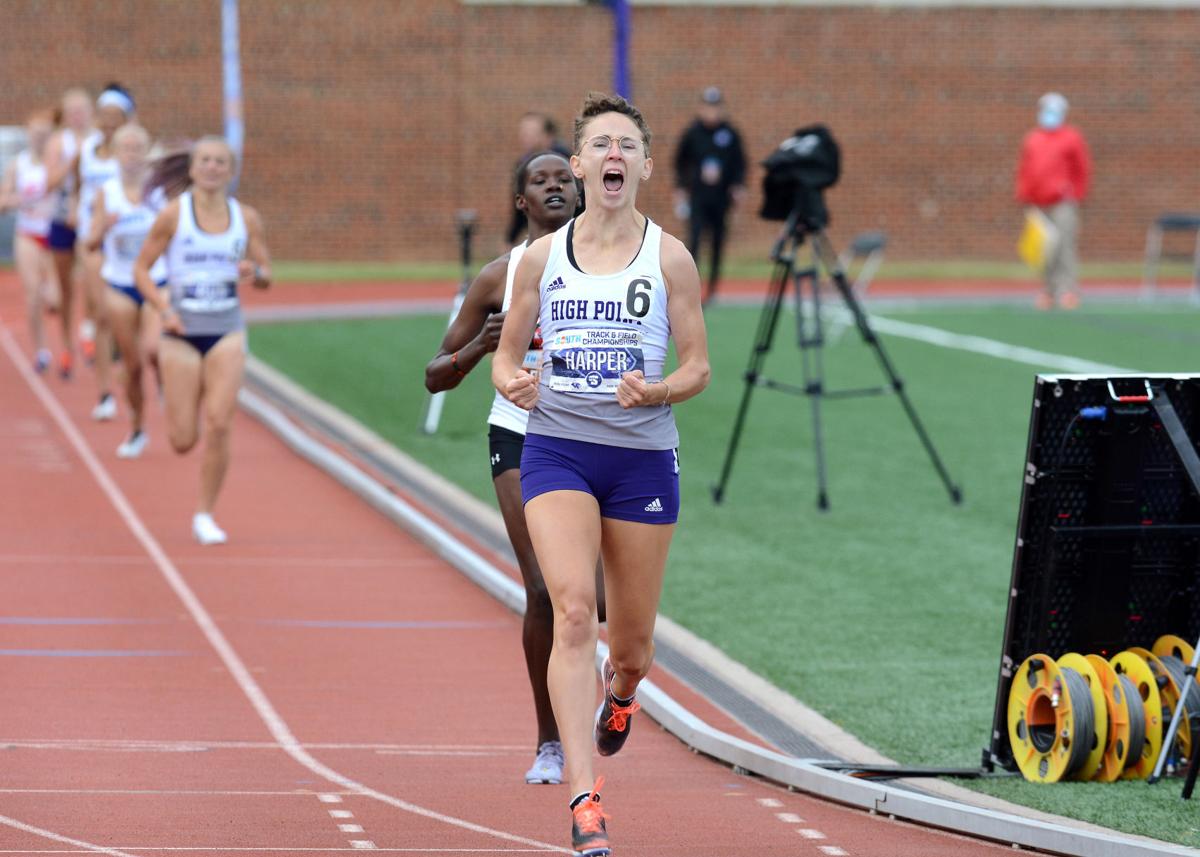 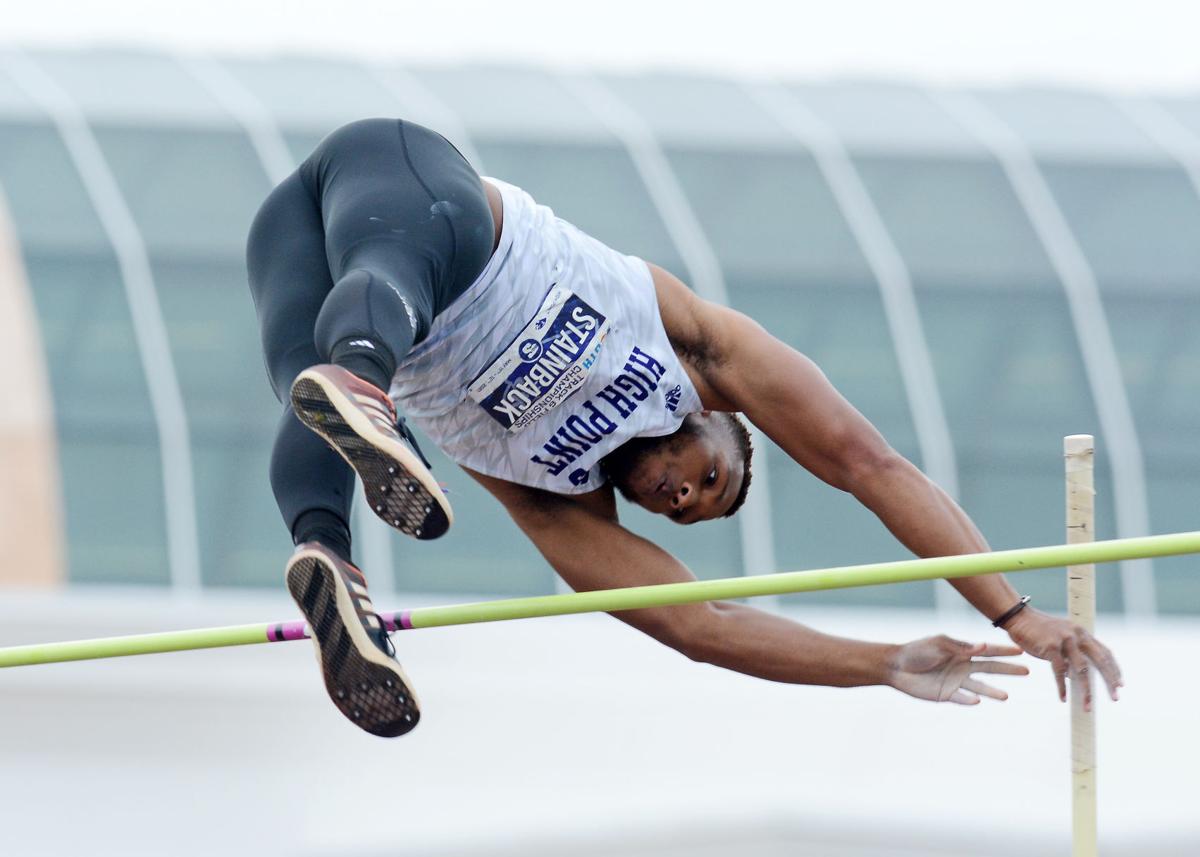 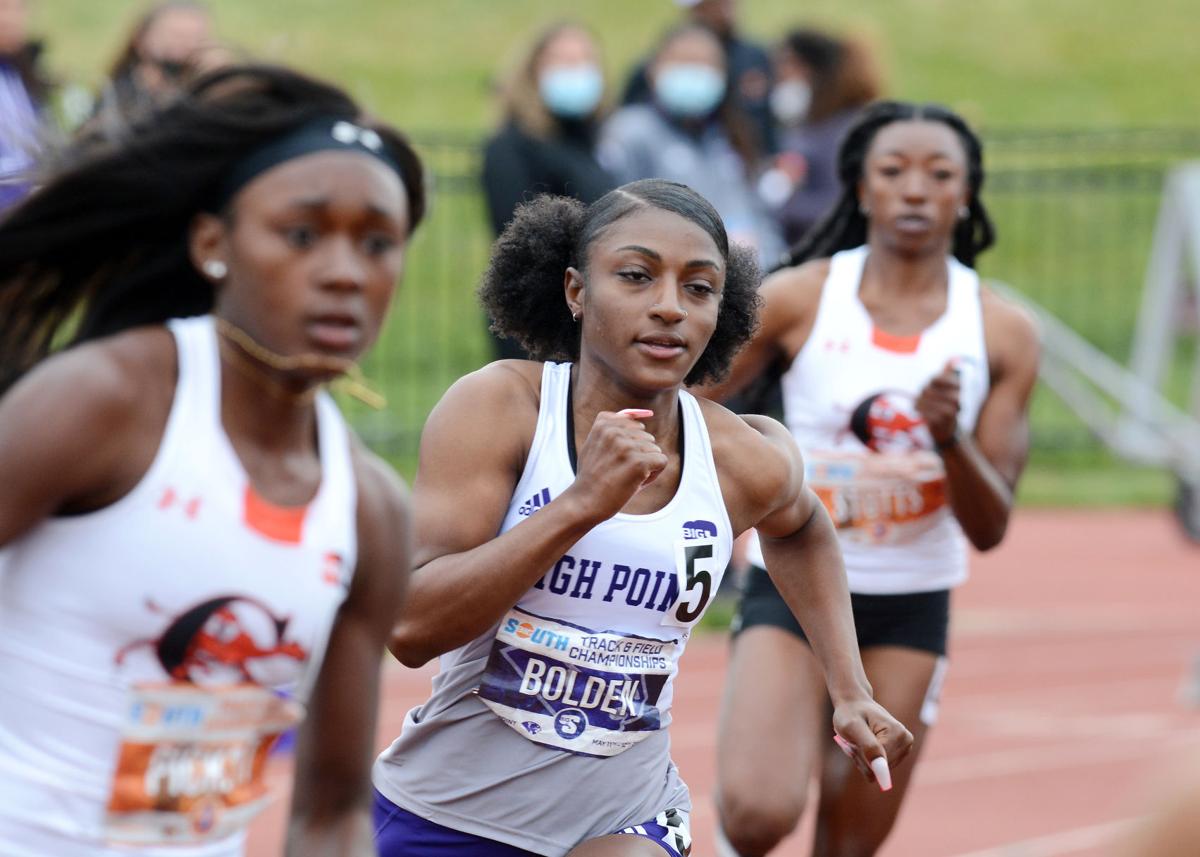 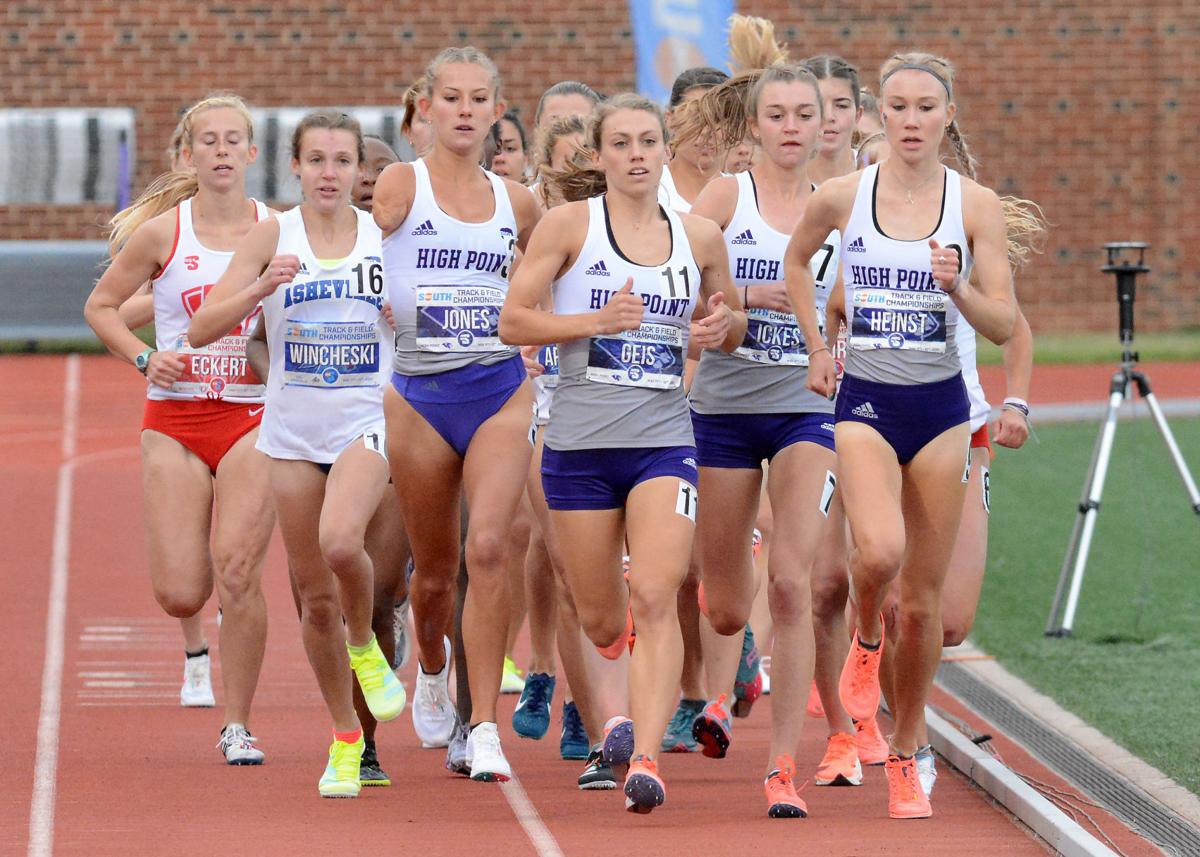 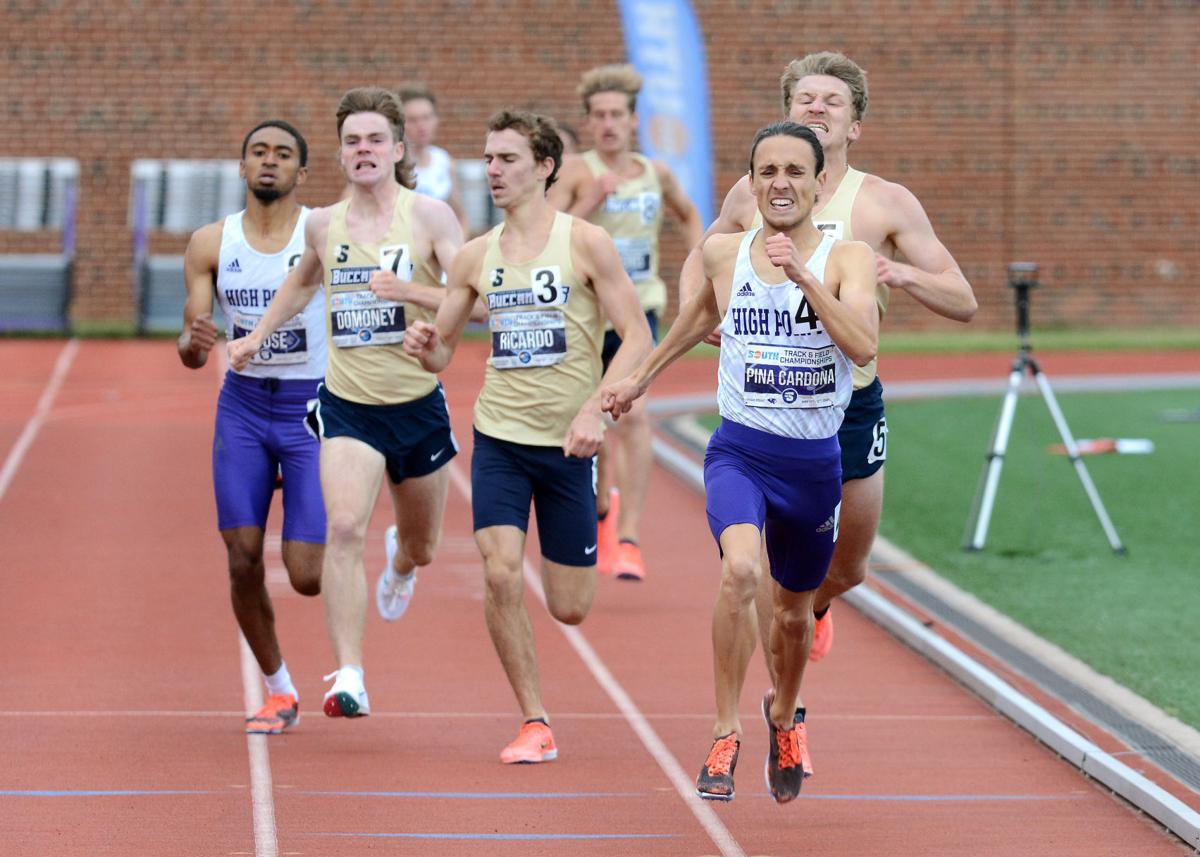 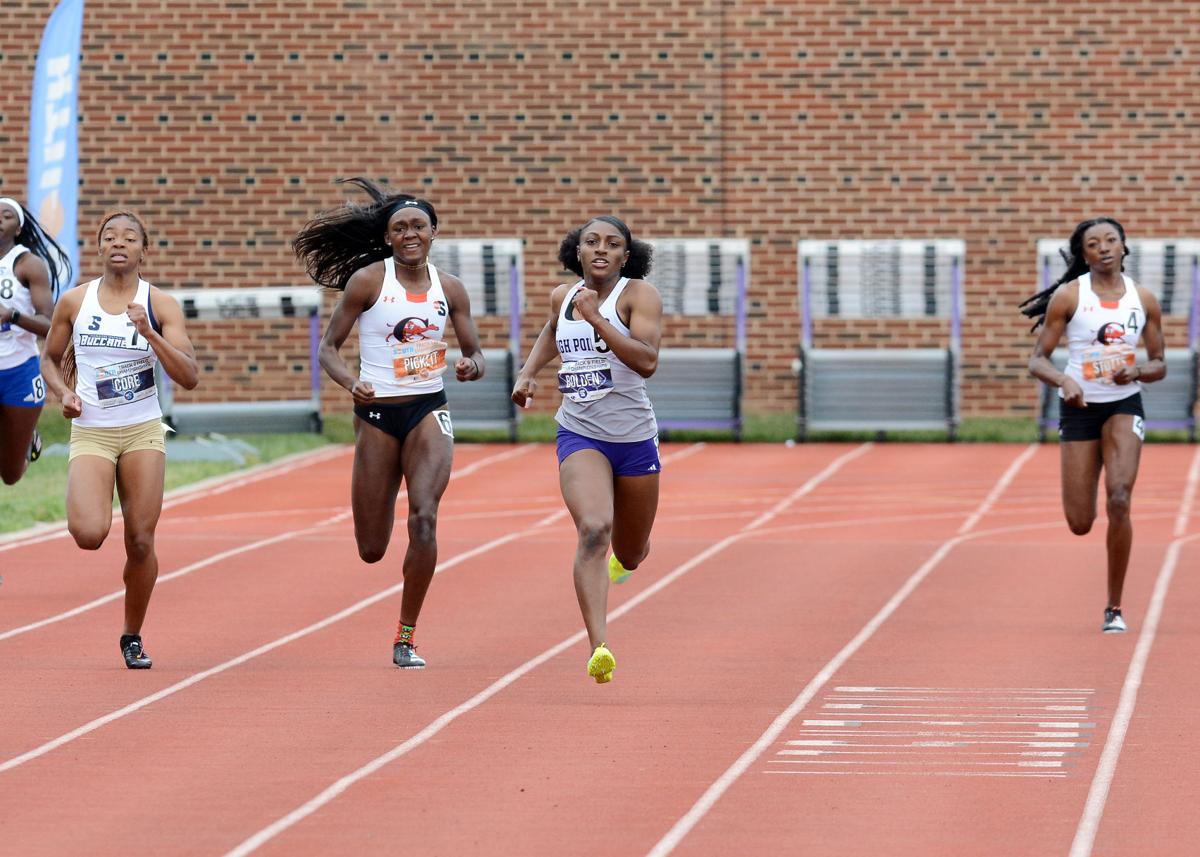 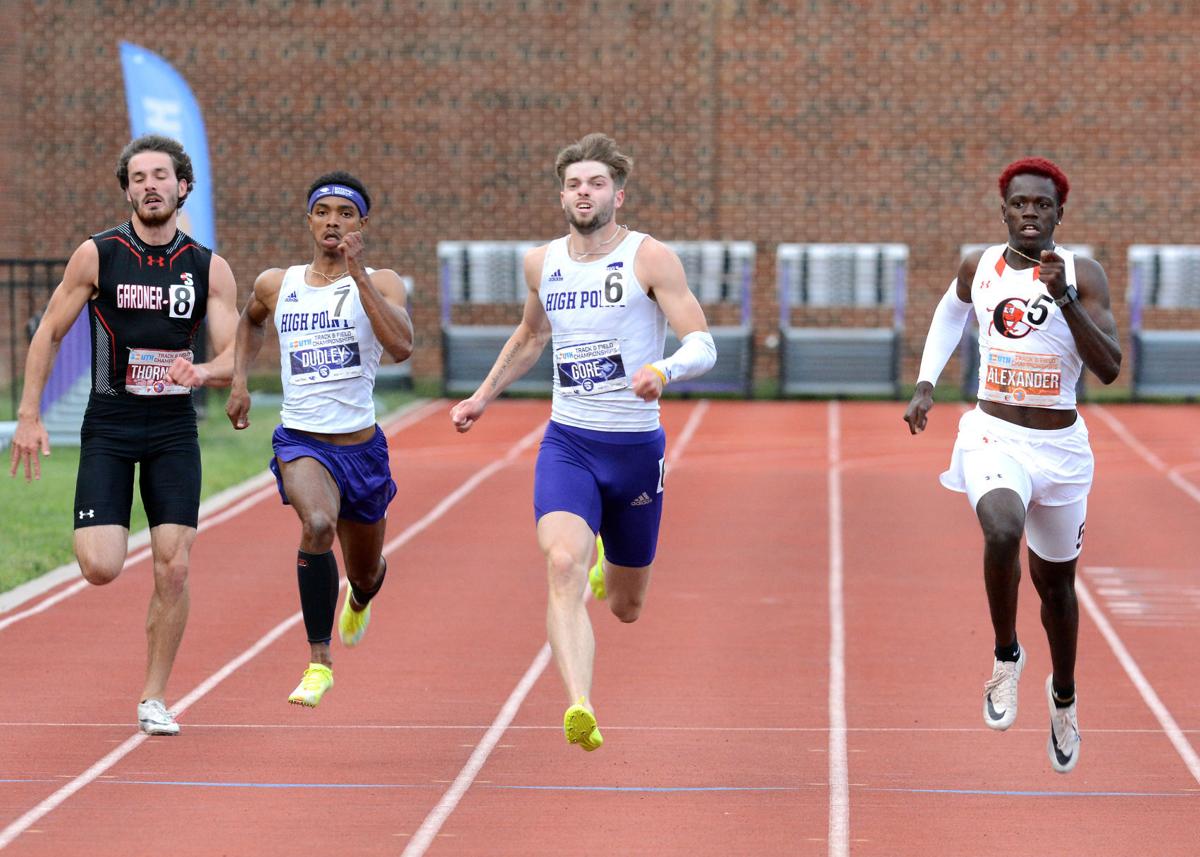 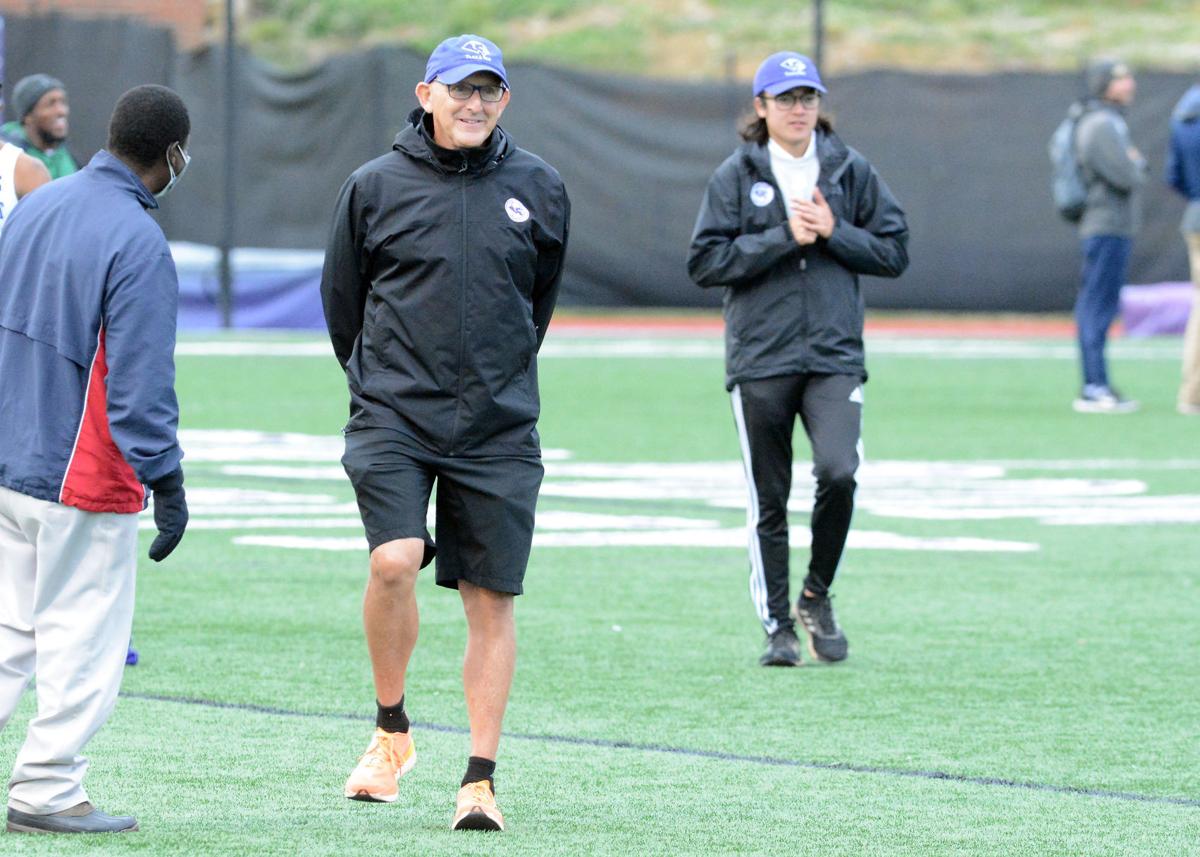 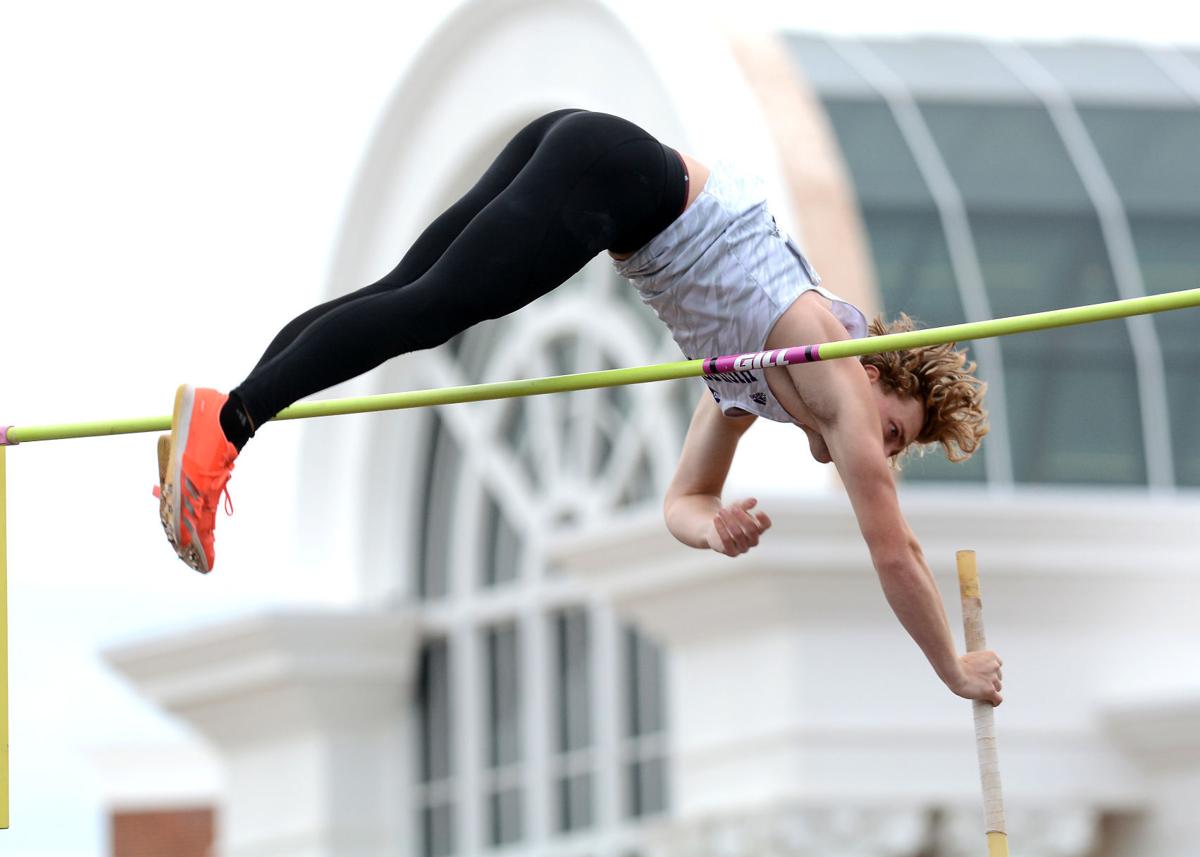 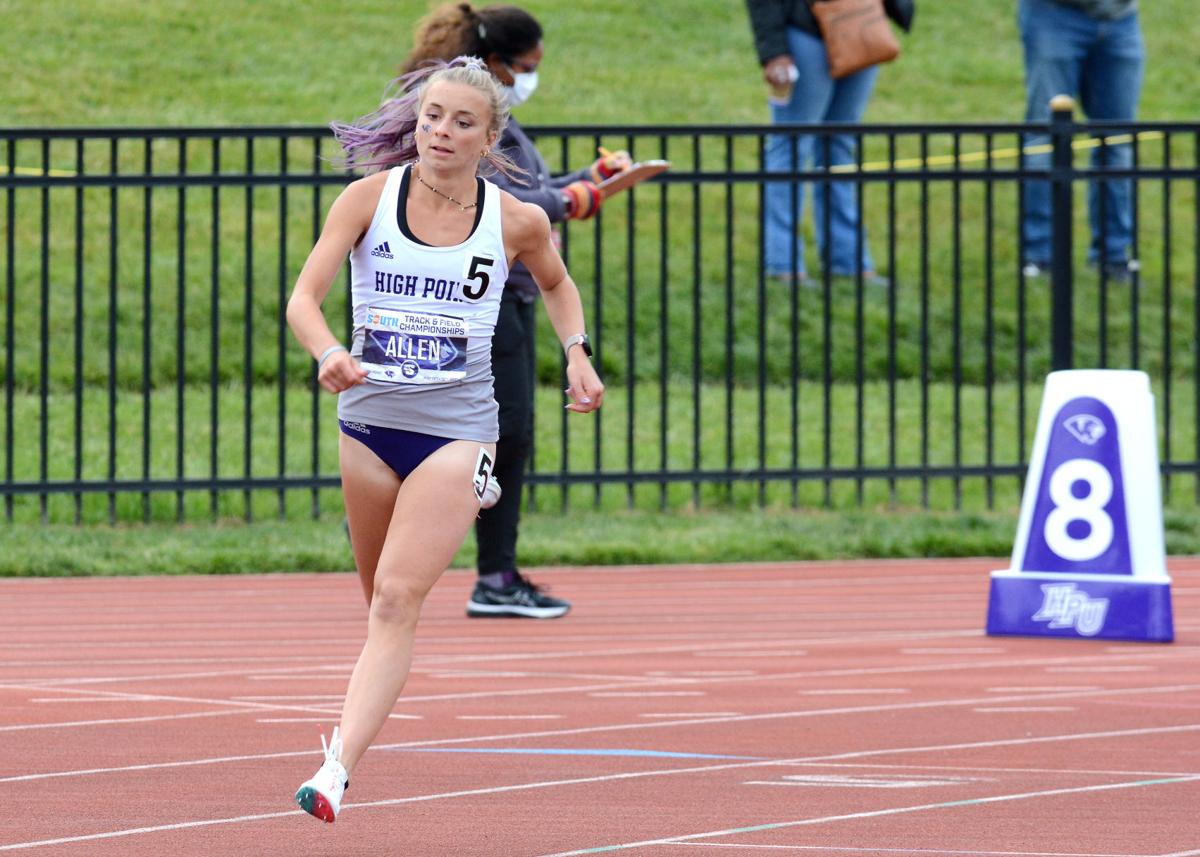 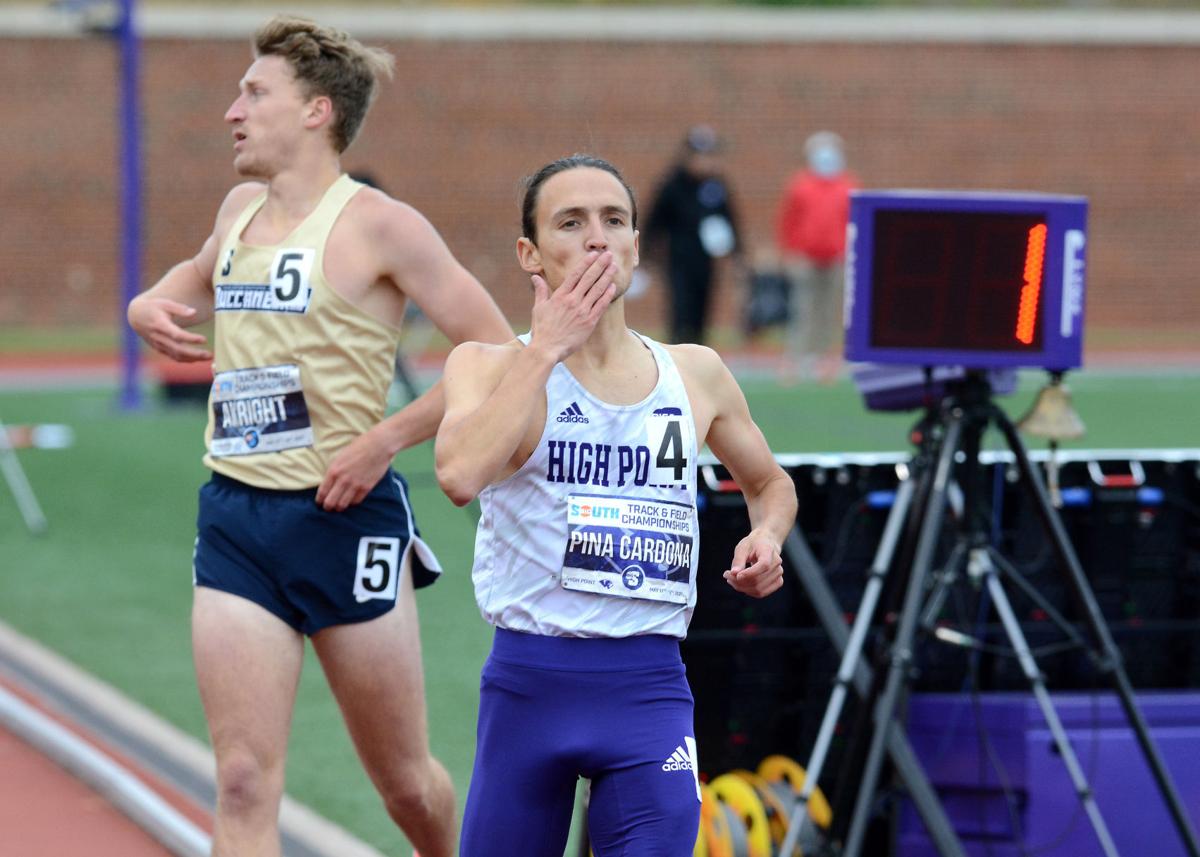 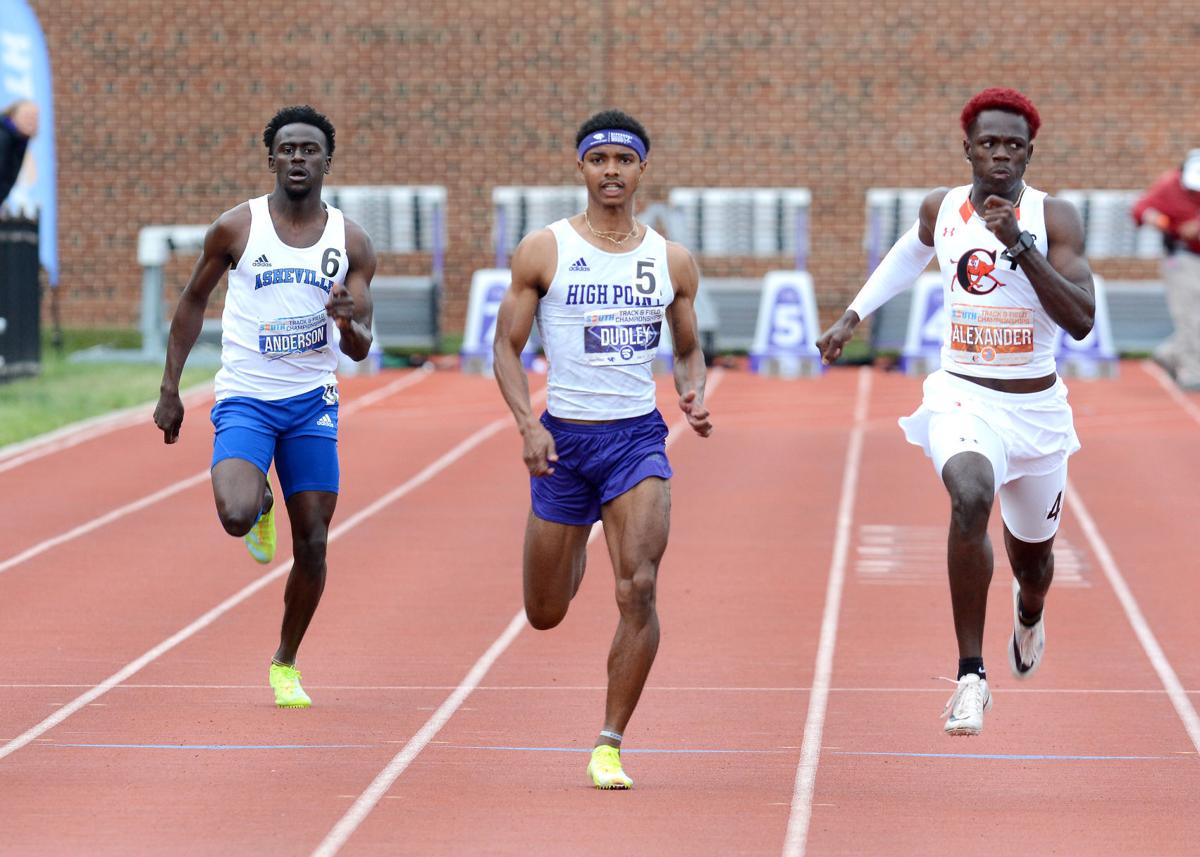 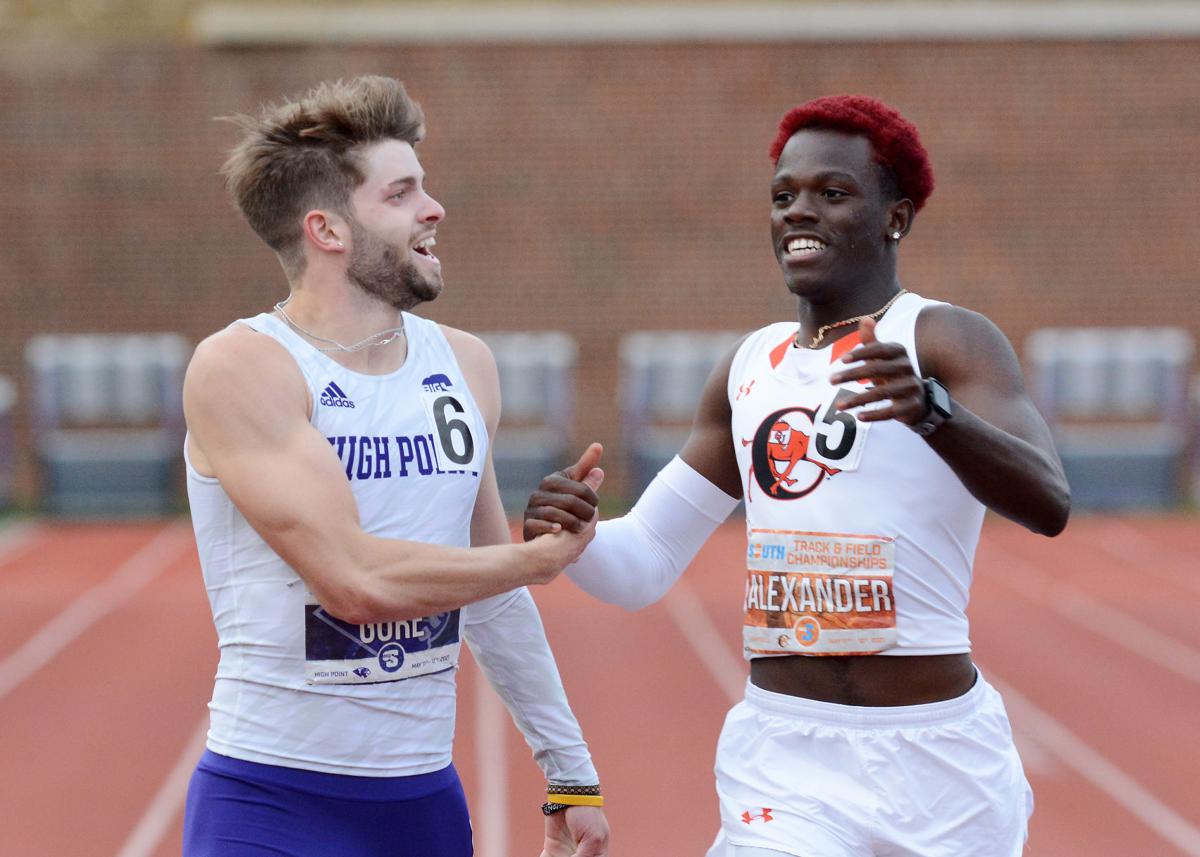 HPU’s women, which piled up seven wins on Wednesday, finished with 279.5 points, far ahead of Charleston Southern’s 137. Campbell was third with 129, followed by USC Upstate with 76, UNCA with 73, Radford with 57.5, Gardner-Webb with 59 and Winthrop with 14.

On the men’s side, HPU won five events on the final day and finished with 265 points, 100 more than runner-up Campbell. Charleston Southern was next with 125, followed by UNCA with 95, Upstate with 65, Gardner-Webb with 53 and Winthrop with 34.

“Beigh at home was really important,” said HPU head coach Mike Esposito, who was named the conference’s men’s and women’s outdoor coach of the year. “We’ve been talking about this and it’s been 15 months since their last championship. There was a lot of emotion building up, and I think you saw it come out here.

“These kids competed their butts off. Some of them far exceeded their seeding. It was a culmination of a lot of things.”

Two runners with area ties were among the women’s winners. Leah Bolden, who went to High Point Central, prevailed in the 400 meters and Southwest Guilford product Nyile Facy won in the 110 hurdles and also finished second in the 400 hurdles. Bolden was also third in the 200

Lexi Crompton took the high jump; Camryn Harper the 800, Leitzia Marsico the discus and Famke Heinst won the 5,000 meters for the third, pulling away from teammate Zoe Geis on the final lap. Geis, who won the 10,000 and steeplechase earlier in the meet, was named the women’s MVP.

Winners for HPU on the men’s side included Chris VanNiekirk (discus), Sino Pina Cardona (800). Rob Greer (javelin), Terris Burton (400 hurdles) and Adam Craig, who led a sweep of the top three in the pole vault.

Esposito said the key to victory was scoring points in nearly every event.

“It was a team thing,”Esposito said. “We had 32 entires and almost every one of them scored. We want to be an entire team. At a championship meet, you don’t worry about PRs. They just come.”