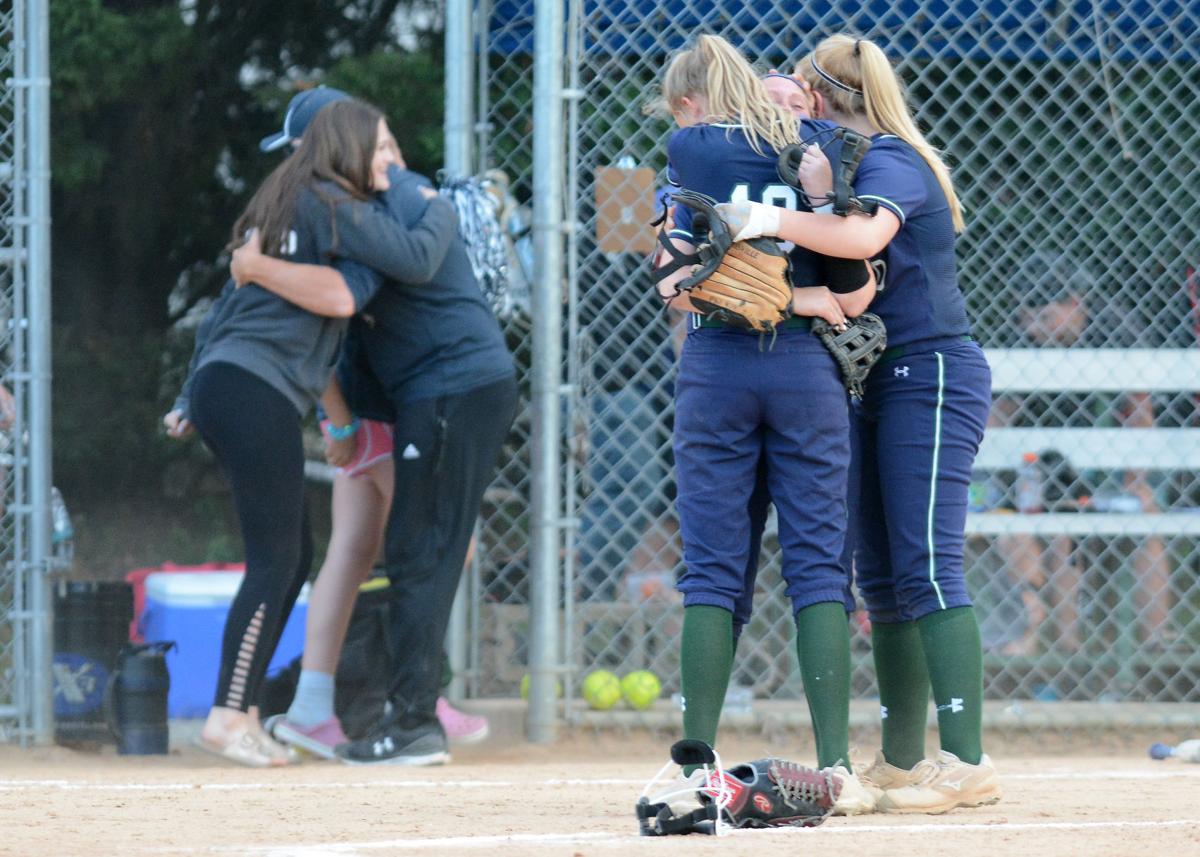 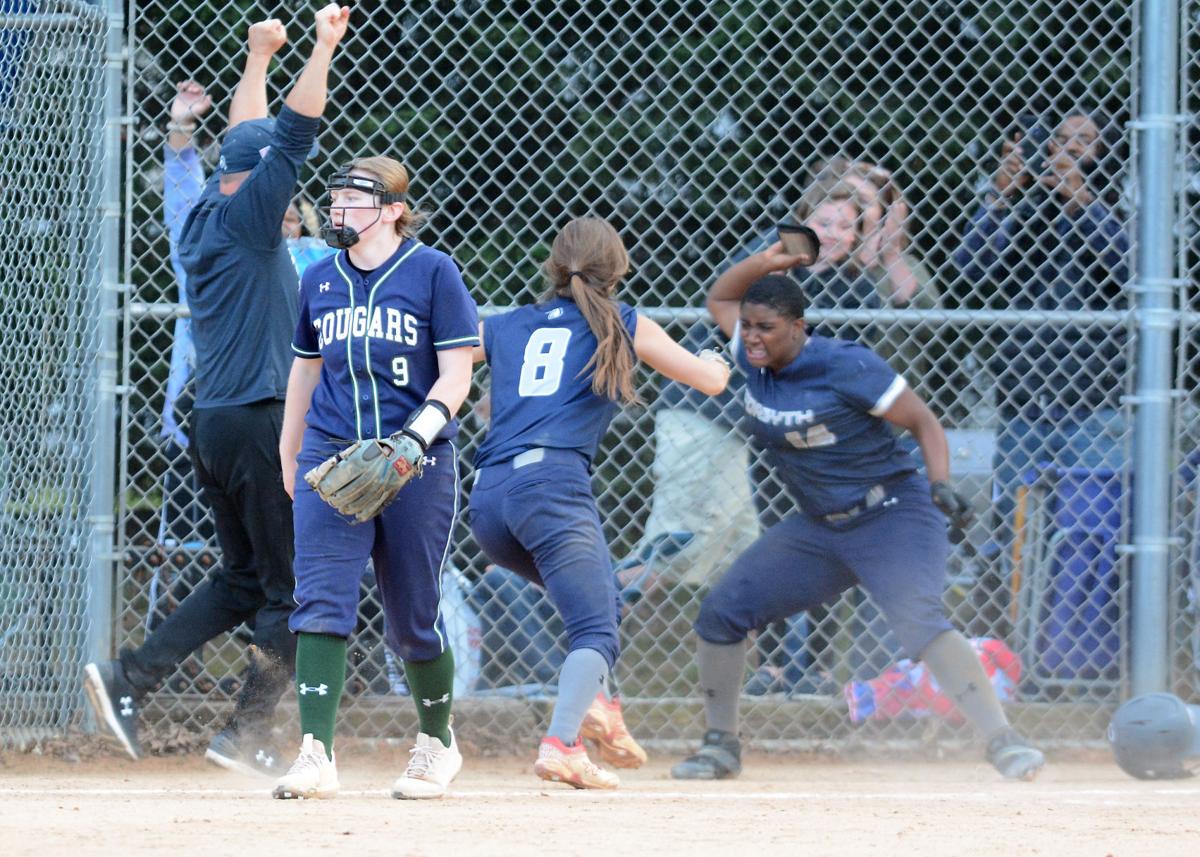 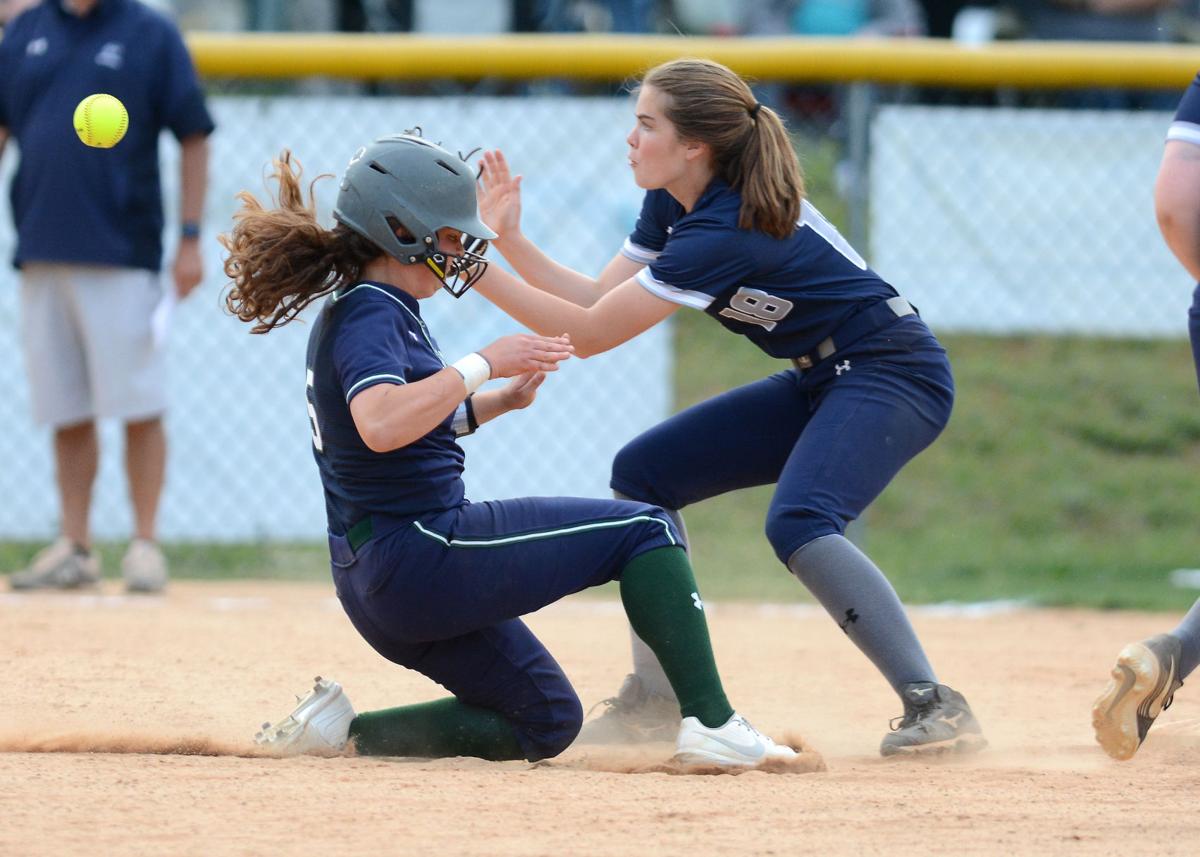 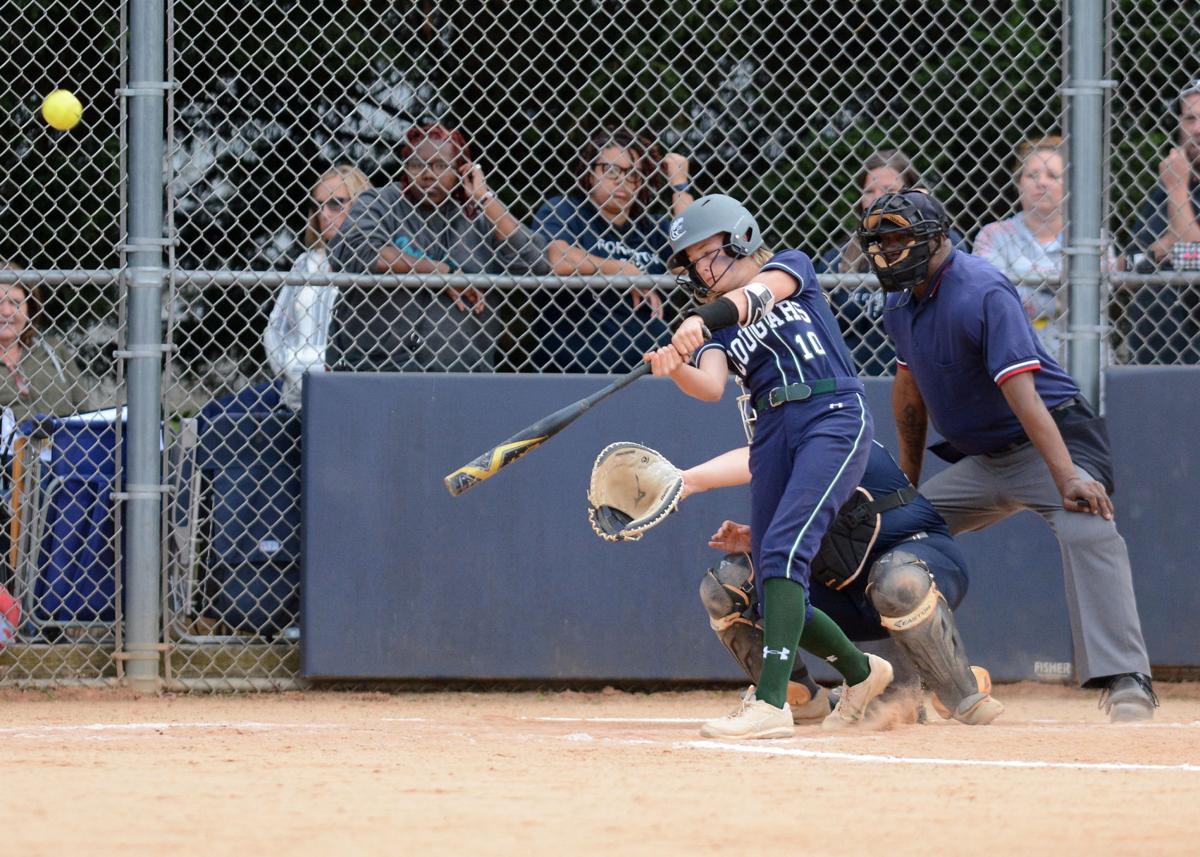 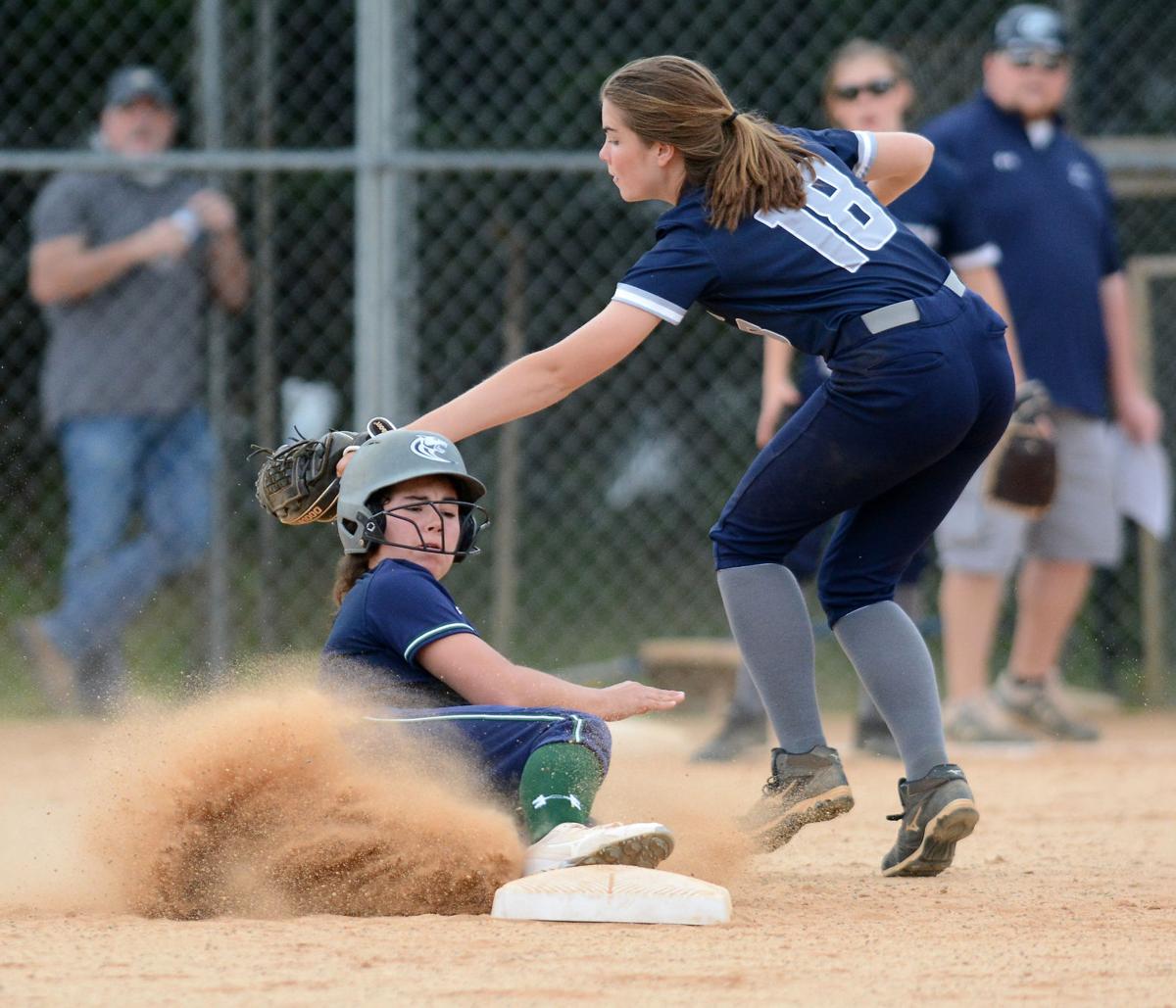 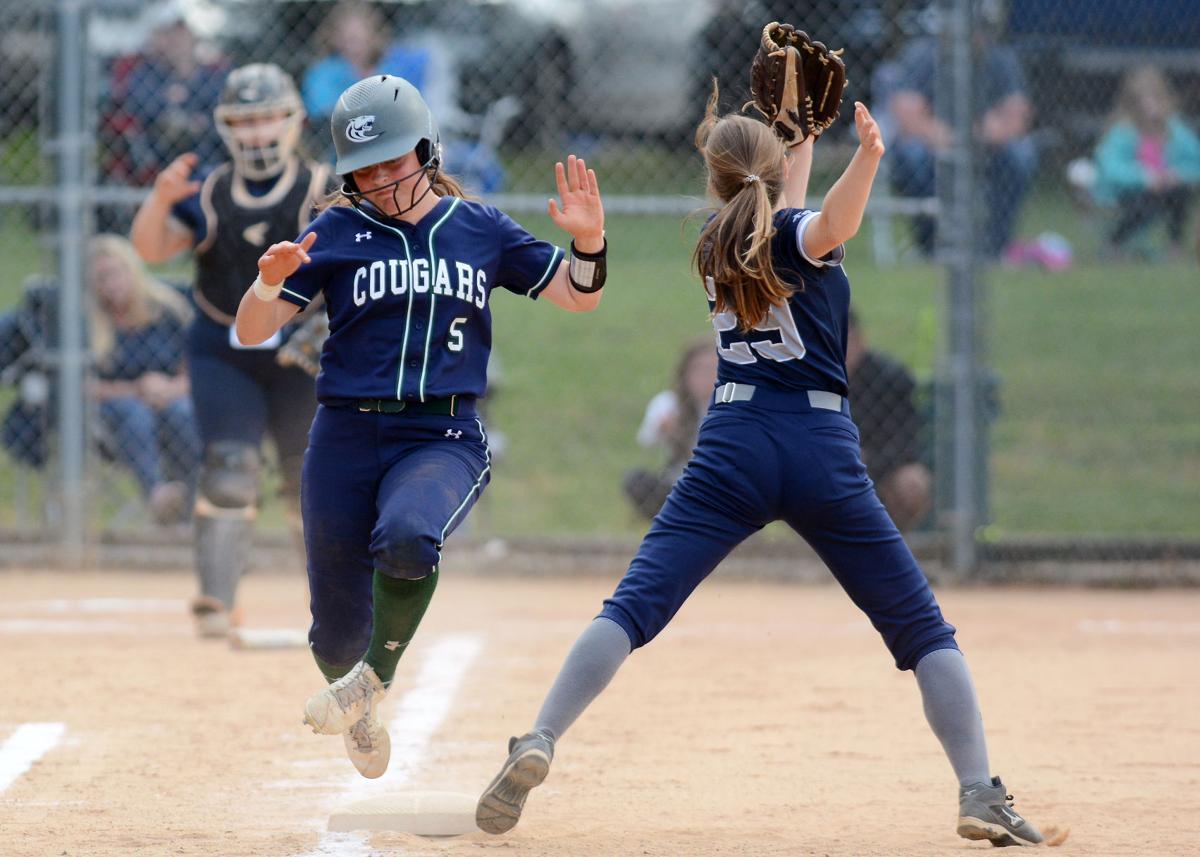 WALLBURG — High Point Christian put itself in contention to win a state championship. But it wasn’t meant to be.

The fourth-seeded Cougars led early in both games. But they struggled in the middle innings of game 1 in falling 14-2 and couldn’t fend off a late rally in game 2 in losing 6-5 against Forsyth Country Day in the NCISAA 3A softball championship series Friday at Wallburg Baptist Church.

“Well, we didn’t play real well defensively the first game,” HPCA coach Lin Hayworth said. “We gave them way too many baserunners and outs. And they took advantage of it and we didn’t put any pressure on them. They put pressure on us and we didn’t handle it well.

“I thought we played really well the second game. They just seemed to come up with a few big hits and made a couple more plays. We had a couple chances — we hit the ball really hard one inning that would’ve scored another run, but it was right at somebody. That’s the way it goes.

“The last inning, we made a little boo-boo — that’s the way it goes. But they had to get hits and they got hits. They played better than us today. … But the kids worked really hard this year and they improved tremendously. We’ll see — hopefully it’s something to build on and get back.”

Maci Burkhart went 2 for 3 with a double and an RBI, while Lexi Hall had a hit and an RBI in the first game for the Cougars (11-7), who reached their first finals series since 2014.

Hall went 2 for 2 with a triple and two RBIs, Mary Douglas Hayworth added two hits, Sarah Kate Carr had a two-run triple, and Sarah Carter had an RBI single in the second game.

HPCA led 1-0 through one inning in game 1, but the Furies (15-3) capitalized on a few timely hits and several untimely defensive miscues to lead 11-2 through five innings — keyed by a six-run fourth to lead 9-2.

The Cougars, however, regrouped in game 2 and led 3-0 through one inning and 5-2 through five innings. But FCD inched within 5-4 in the fifth and put two on with one out in the seventh.

The Furies tied the game with a single up the middle. Then, with two outs and the bases loaded and their leadoff hitter at the plate, they scored the championship-winning run on a pitch that skipped to the backstop.

“I was tickled to death (of the game 2 response),” Hayworth said. “I felt like we’d come back — we’ve done it all year. We responded tremendously. We could’ve rolled over and just said, ‘Let’s go home.’ But we didn’t do that, and we had a chance to win the game. That’s what you try to do all the time.”

Hall, a sophomore, took both losses — striking out five in six innings in game 1 and three in going the distance in game 2, in which she pitched considerably better and the defense played better behind her as well.

The end result was disappointing, especially after knocking off top-seeded Arendell Parrott Academy on Tuesday in the semifinals. But it was another big step forward in rebuilding the program.

HPCA will lose seniors Natalie Wilkinson and Rachel Davis to graduation, but a big chunk of this year’s team — which features just two juniors — should return for next year.

“Natalie and Rachel did a really good job with our leadership,” Hayworth said. “They were kids who played a couple years ago and they stuck with the program, listened to us and kept working. They’ve done a really good job leading our group to the success we had this year — and our captains too.