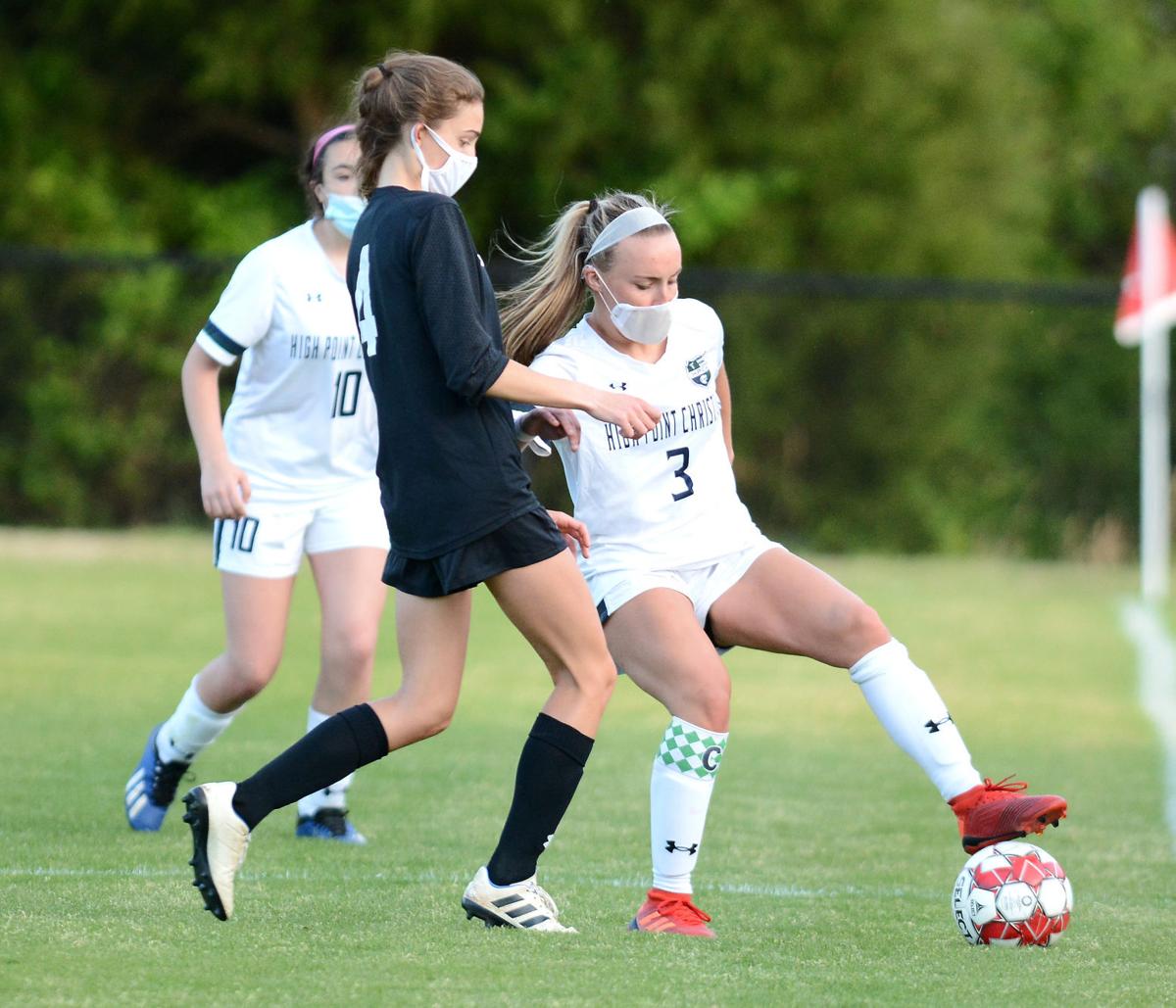 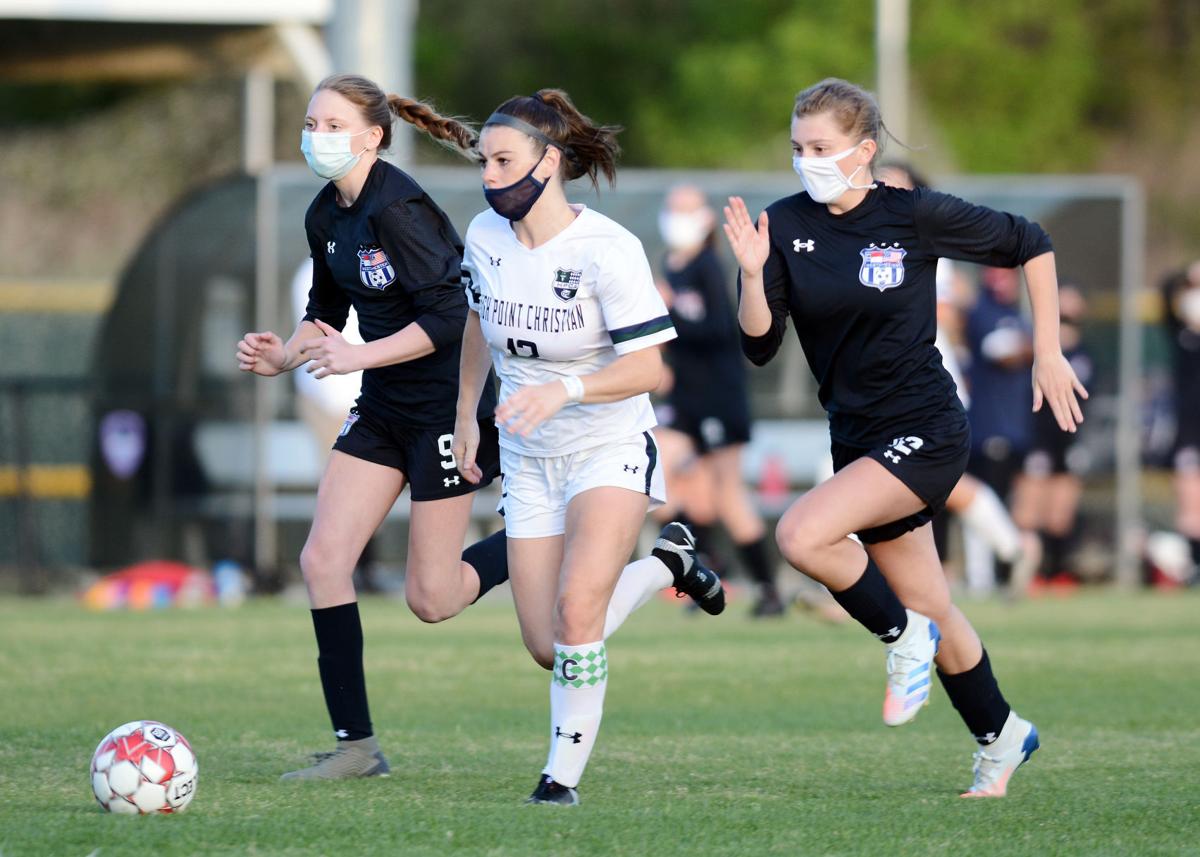 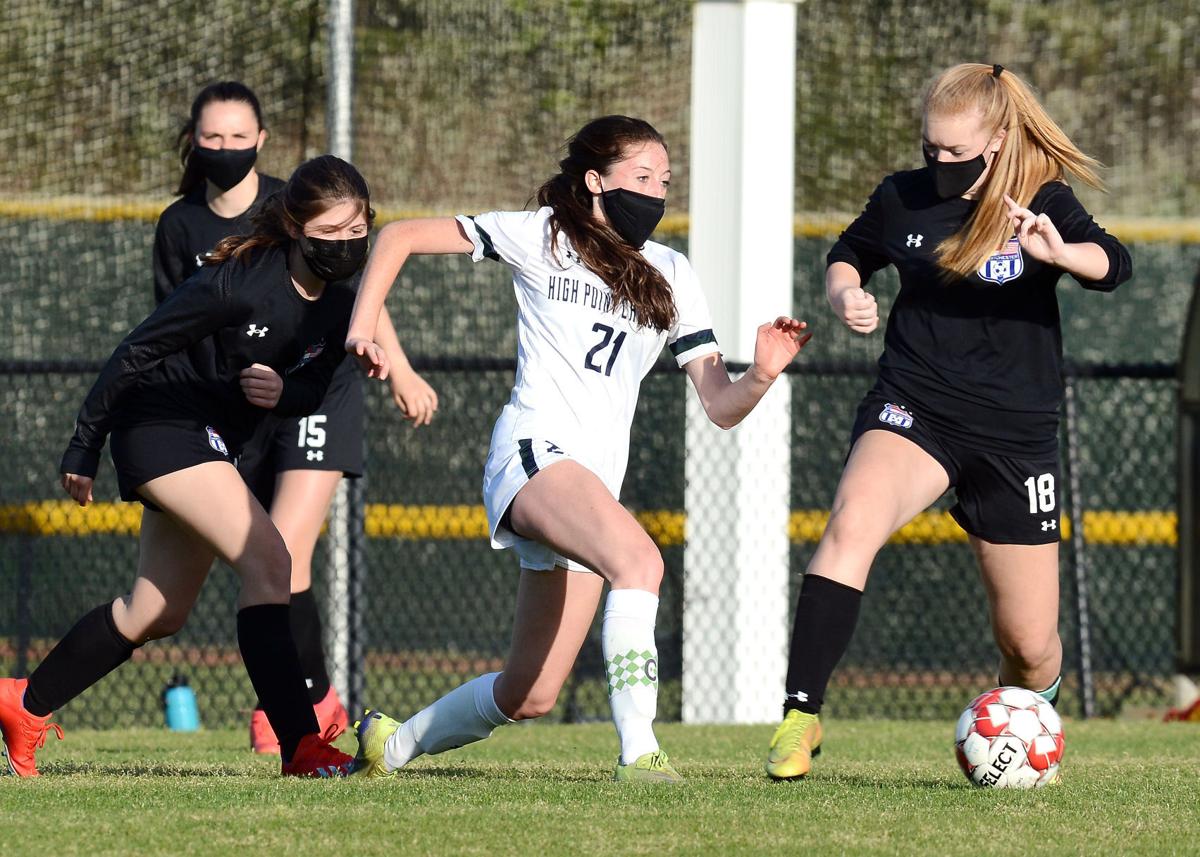 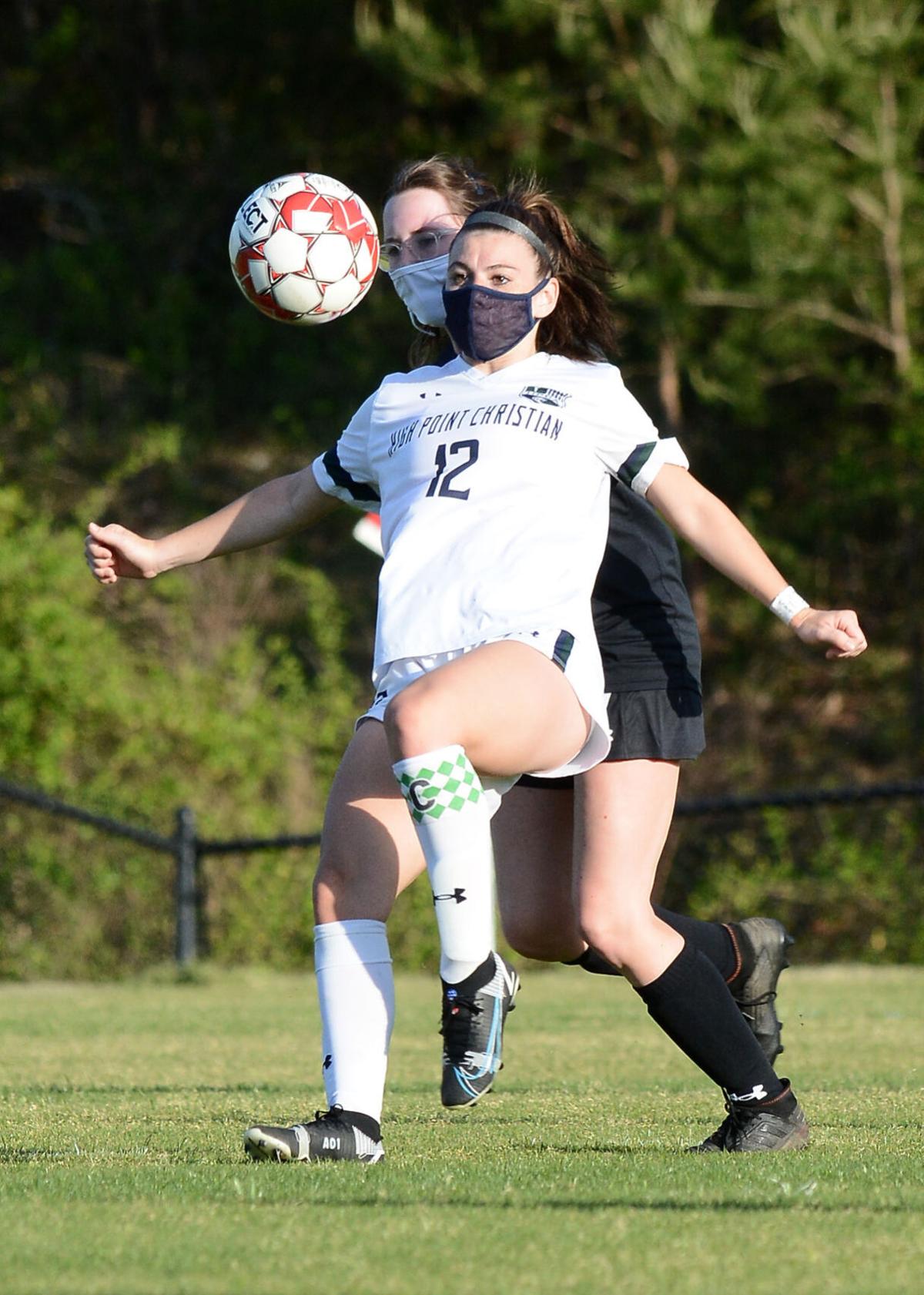 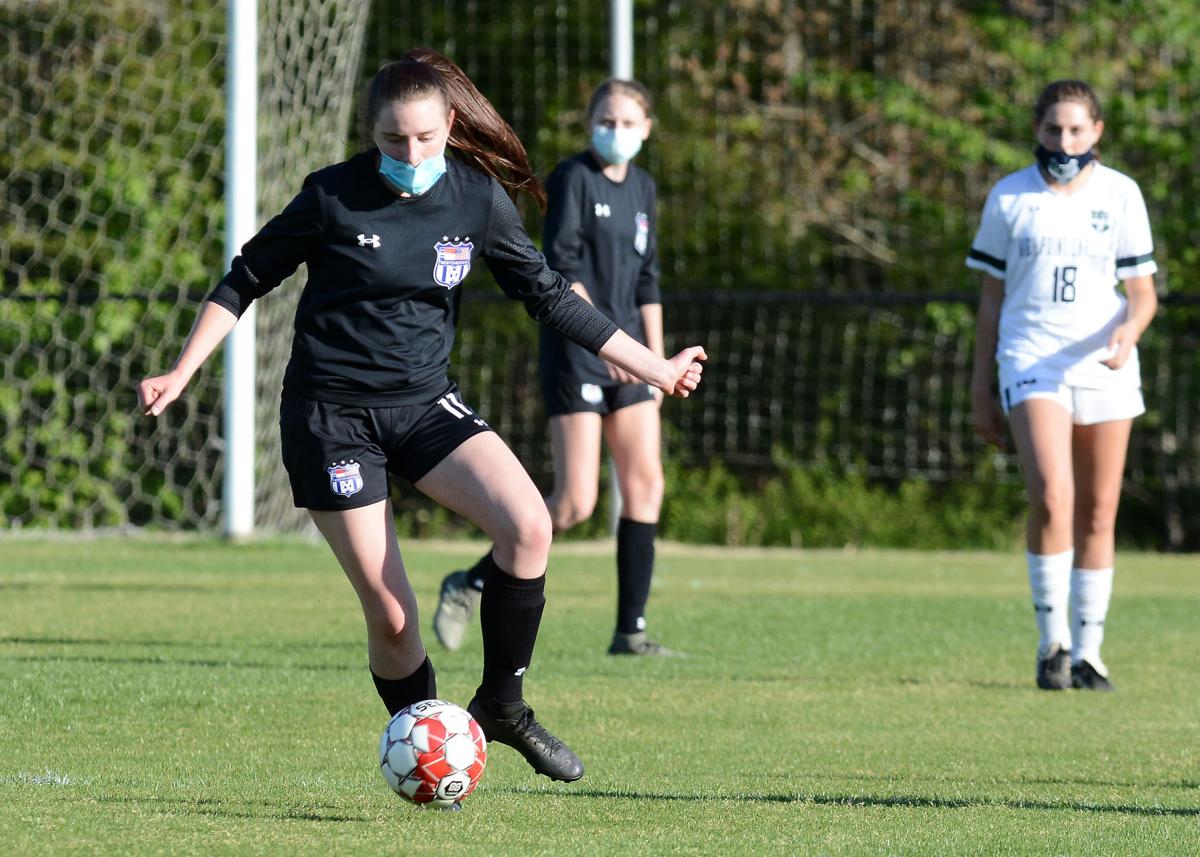 HIGH POINT – High Point Christian started to get some of its confidence back.

The Cougars scored the first seven goals of the match to lead big in the first half and raced past crosstown rival Westchester Country Day 9-2 in PTAC girls soccer Friday evening at Westchester’s Kennedy Field.

“I just told our girls that this is the team we’ve been looking for for a few weeks now,” HPCA coach Austin Beck said. “We’ve been bitten by the injury bug pretty badly recently, and we’re starting to get some of those girls back. I just felt like, from the first touch of the ball, we were on today.”

Lauren Austin, the team’s lone senior, scored one goal and dished four assists, while Caroline Dougherty had one goal and Gibby Justice added one assist as HPCA controlled almost all of the first half to lead 7-1 into halftime.

“I think we played well,” said Wetherington, a junior forward/midfielder. “I think this was definitely one of the best games we’ve played. We connected, played like a team.

“I think it starts with a good warmup, and we had a great warmup. We were focused, and we were ready when we got into the game. We weren’t going in scared – we knew we were going to win. We just went in confident.”

Vickers scored again on a ball ahead in the 32nd minute, Ausburn made a move to create space for a lofted shot in the 35th minute, and Wetherington completed her hat trick in the 40th minute, eluding the goalkeeper on a ball up the left side and sliding in a shot for a 7-0 lead.

“It was great, honestly,” Wetherington said. “Going from 1-0 to 9-2 – that was huge. It felt great. We haven’t been doing that well these past few games, so it gives us encouragement for the upcoming games.

“It definitely gives us a lot of confidence. Knowing that we can play this good as a team, I think it’s going to encourage our team a lot and just to want to play together way more and be more focused.”

Austin added a score in the 45th minute on a ball in the box, and Dougherty capped the scoring in the 68th minute on a nice combination play between Wetherington, Austin and through to Dougherty behind the defense as HPCA finished with a 24-10 advantage in shots.

Ali Schwartz scored both goals while Emma Engle had an assist for the Wildcats (2-5, 0-5), who also have just one senior in Dory Keever. Schwartz scored just before halftime on a left-footed shot in the box and again off a rebound following a free kick in the 48th minute.

“I know the last time it was just 1-0,” Westchester coach Kendal Leak said. “The girls were so excited to play this game. So, when (HPCA) scored the first goal, I think they completely shut down. And it happens.

“I want to say the passion,” he said of his team’s positives in the second half. “And they finally decided to be competitive. When the girls decide to be competitive, they score goals – and we finally scored goals.”

The Wildcats played reasonably well – particularly during the second half when opportunities were more even. But they dipped during the latter half of the first half, and the Cougars capitalized in a big way to lead. But there were plenty of moments to build on, said Leak, who is in his first year at Westchester.

“It’s going to take some time – I’m still a new coach here,” he said. “It’s trying to put my program in – the Wildcat way. We’ve just have to work our butts off, and it will show. The girls show a lot of improvement in practice.”