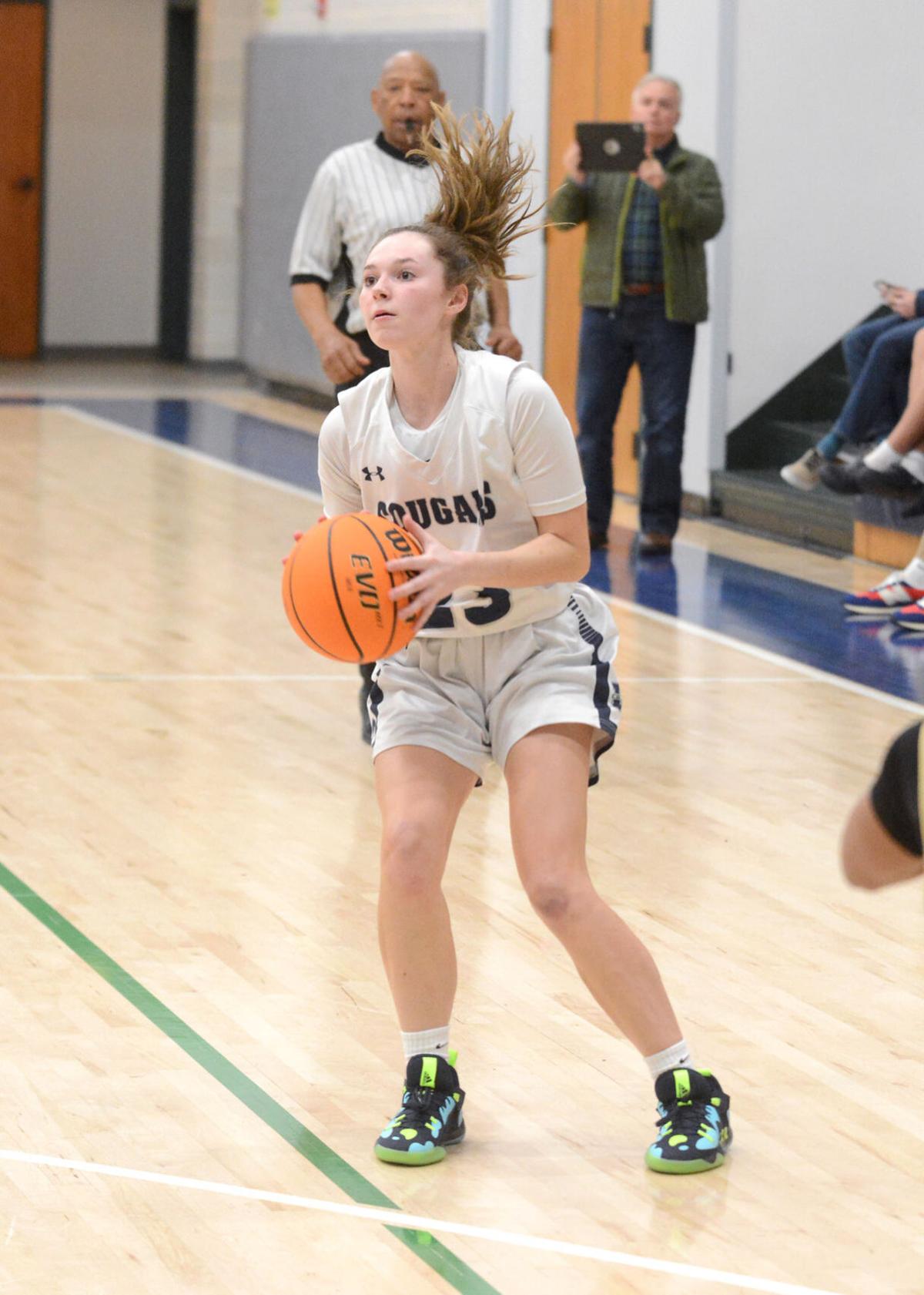 High Point Christian’s Ashley Limbacher shoots the game-tying 3-pointer near the end of regulation during Thursday’s game against Concord Academy at HPCA. 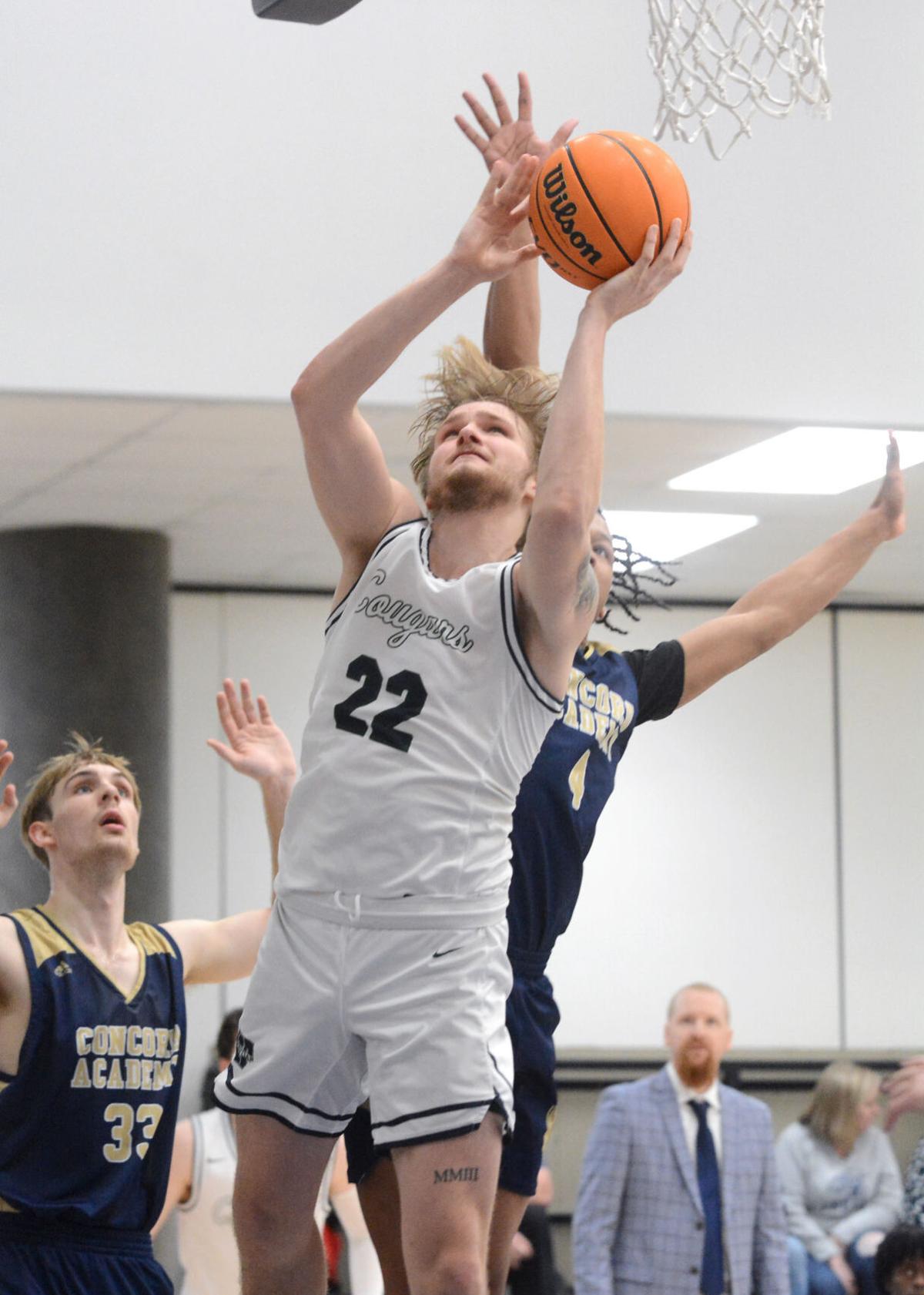 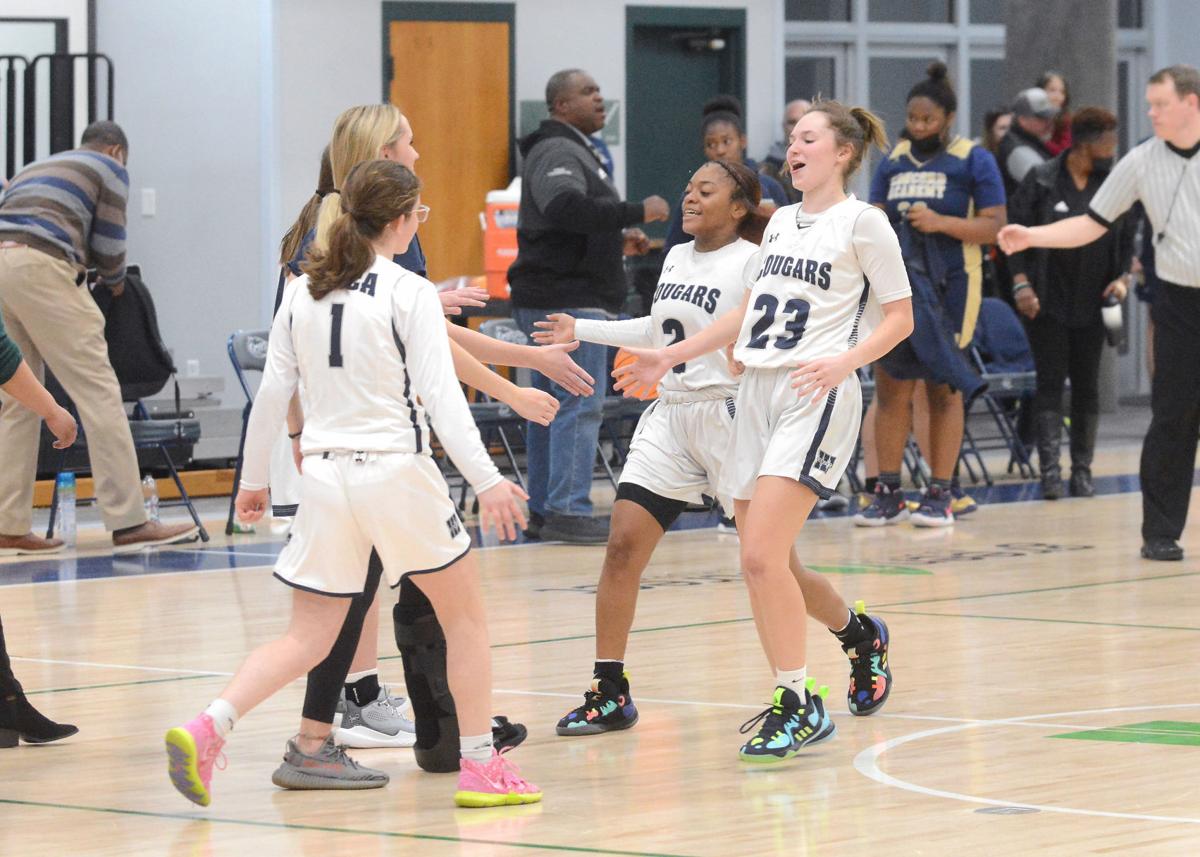 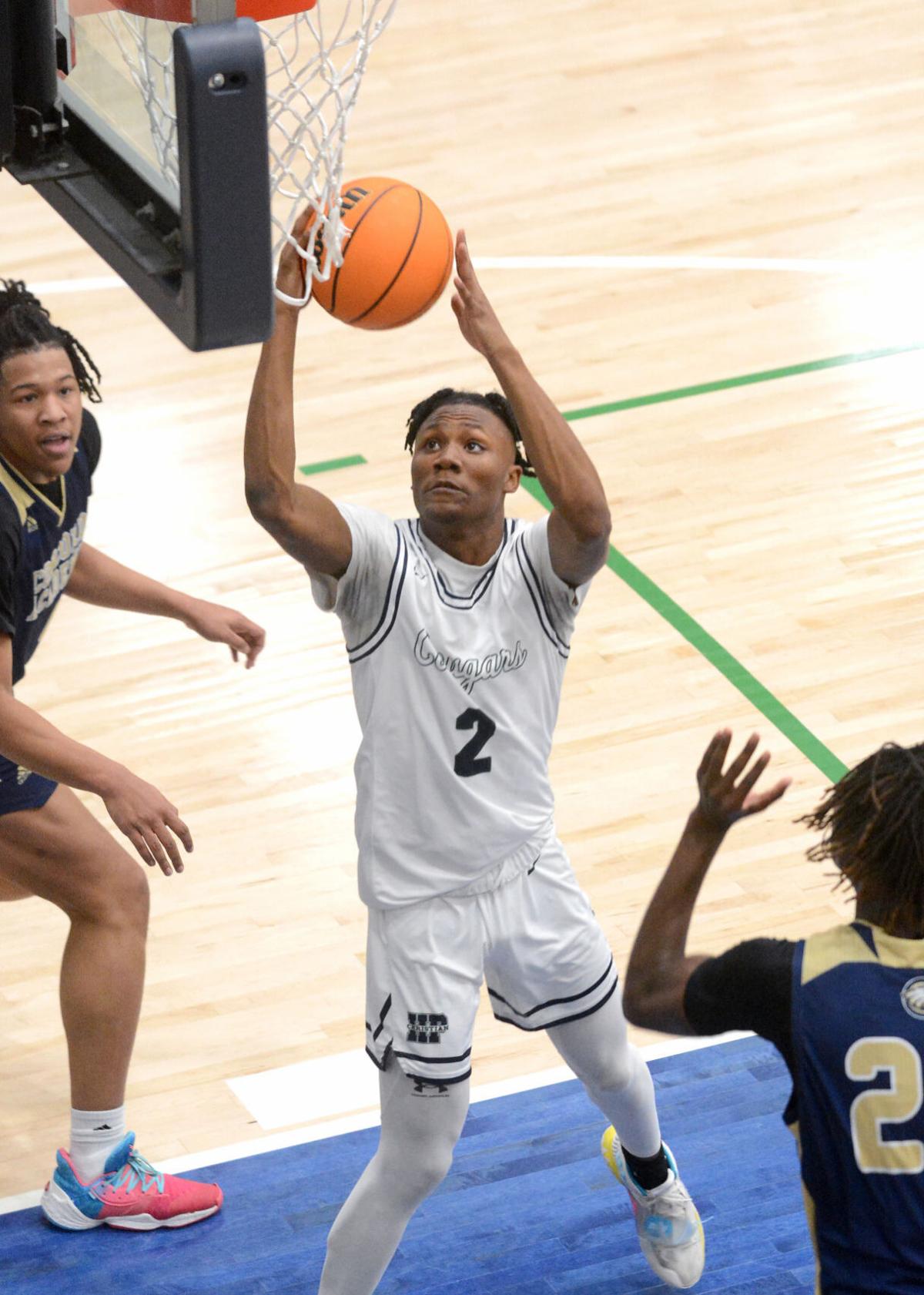 High Point Christian’s Ashley Limbacher shoots the game-tying 3-pointer near the end of regulation during Thursday’s game against Concord Academy at HPCA.

HIGH POINT — High Point Christian once again made the big plays to win a close game.

The Cougars, coming off a one-point win Saturday against Southern Durham, tied the game in the final seconds of regulation on a 3-pointer by Ashley Limbacher and pulled away in overtime to win 62-54 against Concord Academy in nonconference girls basketball Thursday at HPCA.

In the boys game, HPCA fell behind early, stayed within reach the rest of the way, but couldn’t catch the Eagles in falling 49-44.

“This was by far our best game,” Cougars girls coach Brittany Drew said. “We made adjustments as a team. Once someone went down, we came together and said: It doesn’t matter who takes the credit. We just came together.”

Angel Walker scored 22 points to lead HPCA (10-9), which lost starting guard Nadiya Hairston midway through the opening quarter due to a scary injury near her head and neck. After a lengthy period of evaluation, she walked off gingerly with EMTs and did not return.

Limbacher had 17 points while Anna Krajisnik added 12 points and 15 rebounds as the Cougars led by 12 in the first half, took a 24-16 lead into halftime and led by 10 in the third quarter. But Concord (11-7), which was led by Zoey Ward with 24 points, led by four midway through the fourth.

That set up HPCA for its own late comeback.

“It was amazing,” Limbacher said. “There have been so many games this season where we came up just short. They came back in the second half and we just couldn’t finish through. But, especially after losing Nadiya, I feel like we came together way better than we have in the past. I think that helped us get the win.”

HPCA trailed by three with 19.4 seconds left in regulation. Each team had an empty possession before the Cougars took a timeout with 12.1 seconds left. Limbacher got the ball in the backcourt. She quickly dribbled upcourt and pulled up for a 3-pointer from the left wing with four seconds left.

The Eagles’ heave from just inside halfcourt was well wide of the basket.

“In the timeout, Coach Drew drew up this whole play,” she said. “She said, ‘Ashley, you’re going to sprint all the way down the court. And you’re going to get in the corner and get ready for a 3.’ And I was like, ‘OK.’ I always get so nervous because I’ve been in this situation before when we played Wesleyan at Southwest.

“So, I was like, ‘Well, I’m shooting well tonight, so I already have that confidence.’ The play really didn’t work itself out, and I just took off down the court. I’ve worked on that shot so much — I just pulled up and shot it and it went in.”

In overtime, HPCA scored the opening four points on a free throw by Krajisnik with 3:03 left and another 3 by Limbacher with 2:32 left to lead 53-49. The Cougars extended their lead to seven on a putback by Krajisnik with two minutes left and a pair of free throws by Walker with a minute left.

Concord got as close as four the rest of the way.

“This is a giant step,” Drew said. “This is why I wanted our nonconference schedule to be as tough as it has been — games like this. We wanted to be able to beat teams like this. So, this is amazing for our January and amazing before we start conference tomorrow.”

Thomas McIntosh scored 17 points to lead High Point Christian (13-4), which led by four midway through the first, but Concord scored the final nine points of the quarter to lead by five. Ethan Smith added seven points.

“I thought at times we showed our rust,” Cougars coach Joseph Cooper said. “It’s been about a week, week and a half since we last played. Especially with all the turnovers. It’s nothing that really surprised us — we’ve been practicing their pressure for a week. For whatever reason, we just turned it over a lot.”

HPCA stayed within reach the rest of the way — trailing 29-23 at halftime and falling behind 10 a minute into the third. But the Cougars regrouped to pull within two midway through the quarter and again trailed by five heading to the fourth.

The Eagles (8-12), who were led by Tucker Johnson with 11 points, pushed the lead back to eight with 6 1/2 minutes left. And HPCA could only get within four with 40 seconds left.