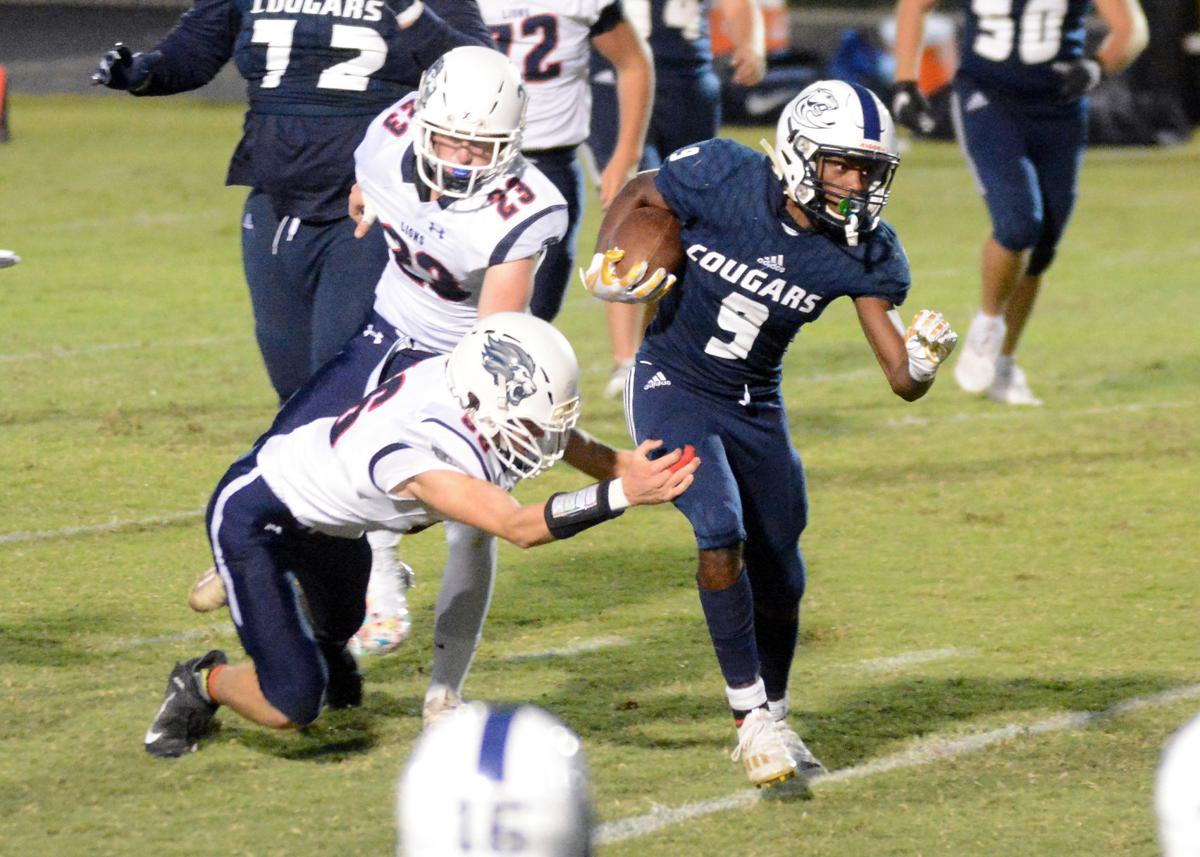 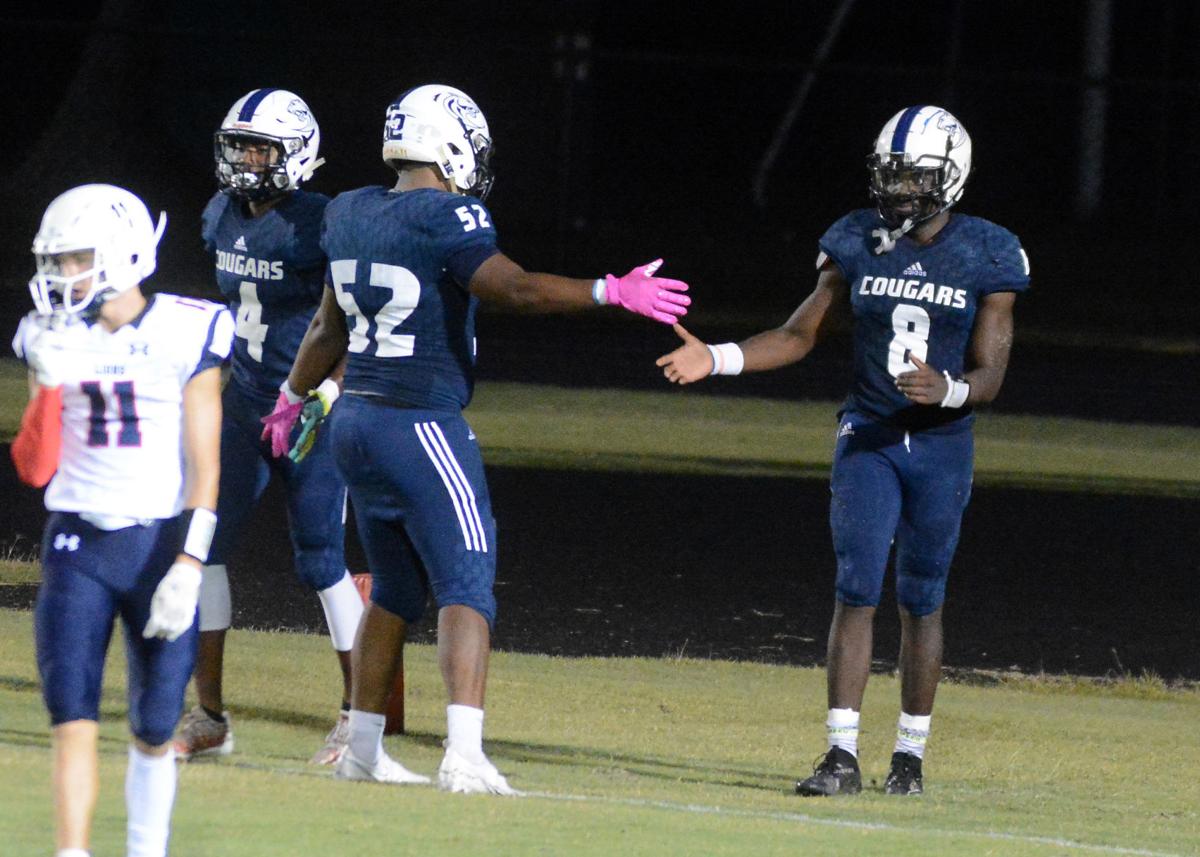 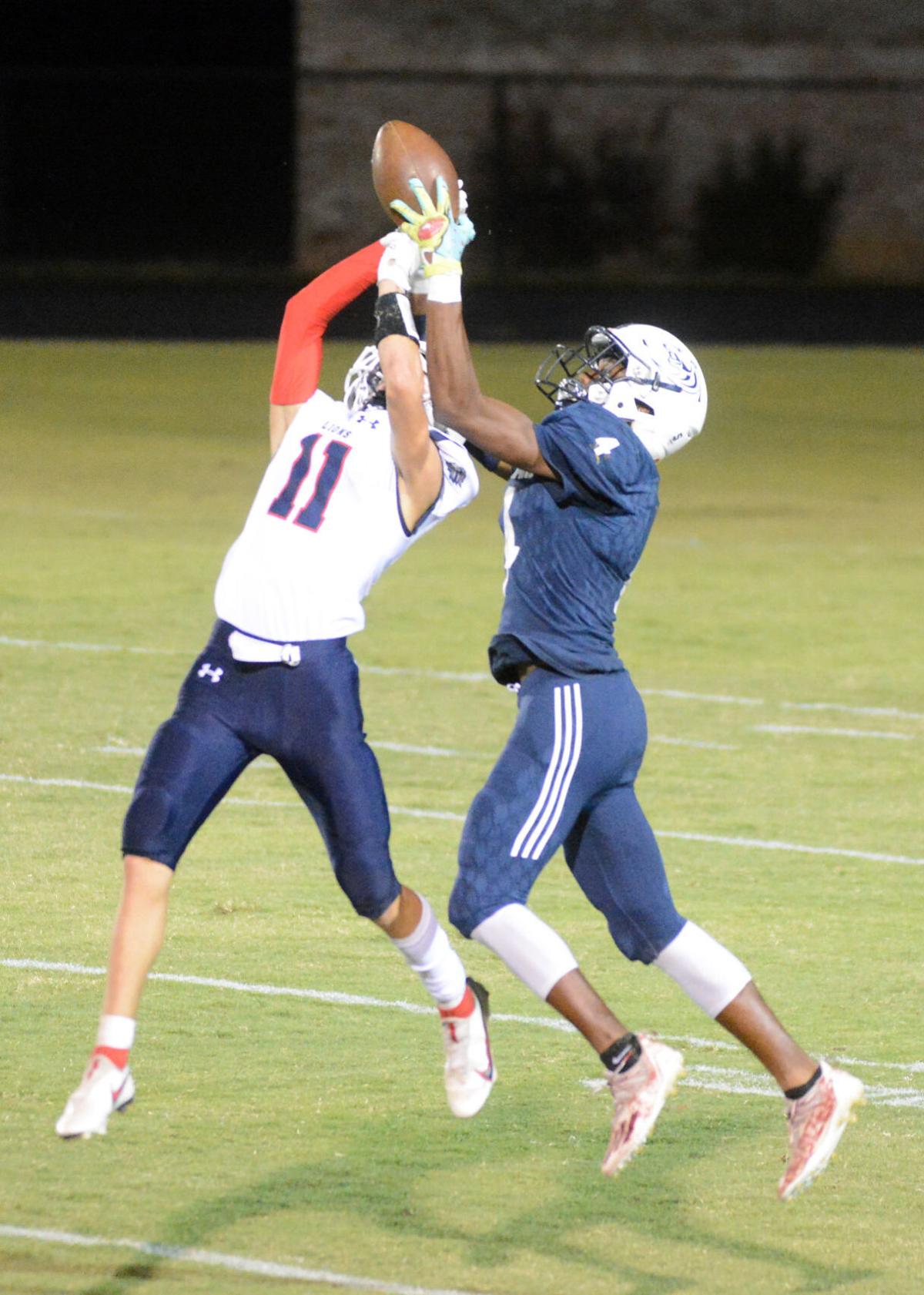 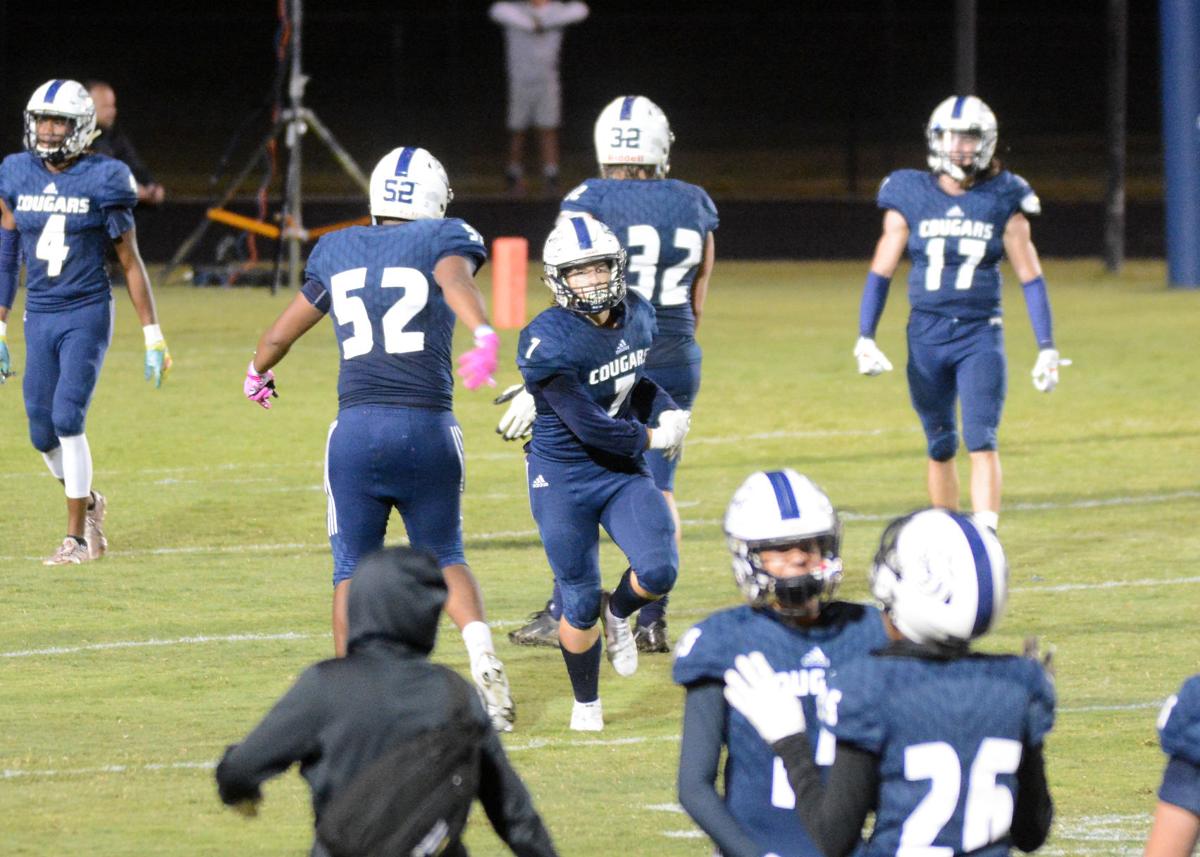 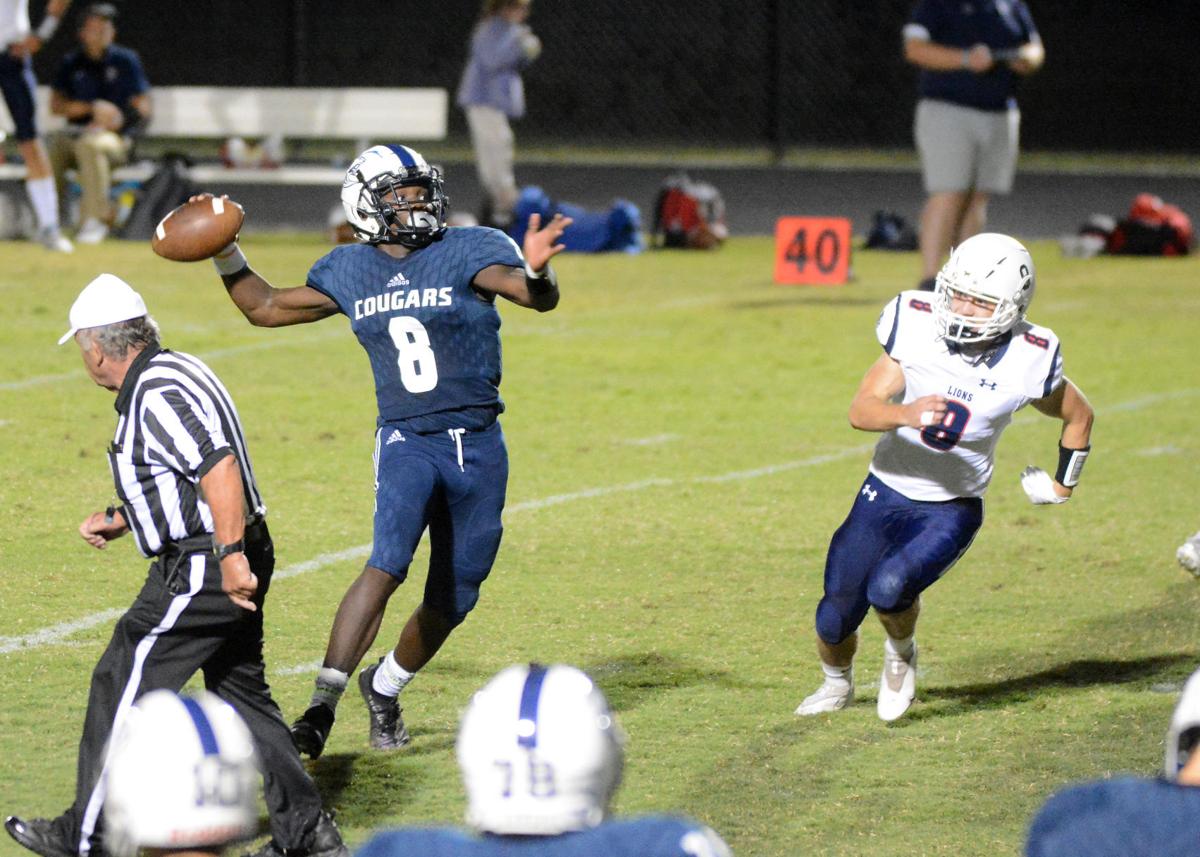 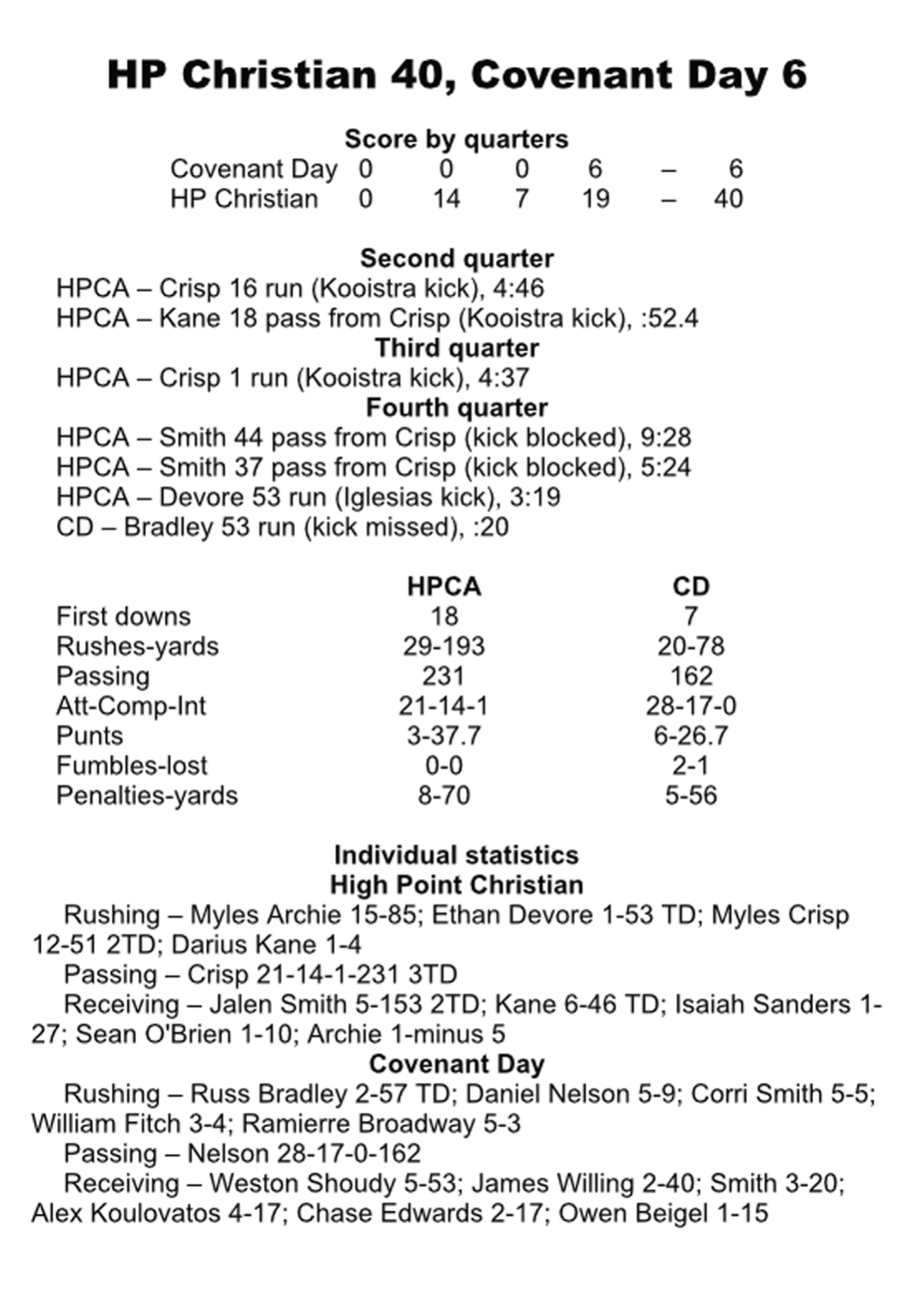 The Cougars, after a bit of a slow start, built a solid lead over the latter half of the second quarter, then raced away in the second half to beat the Lions 40-6 in NCISAA football on a cool Friday night at the High Point Athletic Complex.

“We did some good things to build on,” HPCA coach Sam Beasley said. “Some young kids stepped up on defense. I’m really excited about that. Some of these guys are sophomores, and they really did a great job. So, that’s hope for the future. Offensively, I knew they were going to bring a lot of pressure.

“I thought we could capitalize on them coming hard off the edge. But they have some kids inside who caused us some problems. So, we had to get them blocked to be able to take advantage. Overall, it was good. But you’re sitting there at halftime frustrated you’re not able to run what you want.”

A first-quarter interception wasn’t the best start for Crisp. But a touchdown toss across the middle to a leaping Darius Kane during the second quarter helped build a 14-0 lead into halftime. And two long touchdown strikes to Jalen Smith keyed HPCA as it scored on all three of its possessions in the fourth.

“We didn’t really cut it on until the third or fourth quarter,” Crisp said. “But, in the fourth quarter, we got some guys scoring. So, that we were able to separate enough to get those guys in was good — I liked how we got that in.

“We just never, ever give up,” he said of the difference in the second half. “We always preach: Be tough, work through it. Even at practice, even when it’s hot outside, I’m like, ‘It’s going to be the fourth quarter and we’re going to need you.’ Just like today. We were up, but we weren’t up enough.”

Smith finished with five catches for 153 yards receiving. Myles Archie led the running game with 15 carries for 85 yards, while Ethan Devore added a 53-yard touchdown run in the final minutes.

On defense, Mack Johnson, who had three deflections, and Glenn Bullock each had seven tackles. Nolan Flemming added six tackles and a forced fumble as the Cougars held Covenant (1-3) to 78 yards rushing.

HPCA will play at Ravenscroft on Friday.

“We’re definitely getting better every week,” Beasley said. “We’re going to have to because the back end of our schedule is harder. We have a tough game down at Ravenscroft. Playing down there is always hard. We’re going to work some things out this week. But I really like where we’re going defensively.”