Sign Up
Log In
Purchase a Subscription
You are the owner of this article.
Edit Article Add New Article
You have permission to edit this article.
Edit
Home
News
Sports
Life
Opinion
Obituaries
Special Sections
e-Edition
Classifieds
Archdale Trinity News
Thomasville Times
Share This
1 of 2 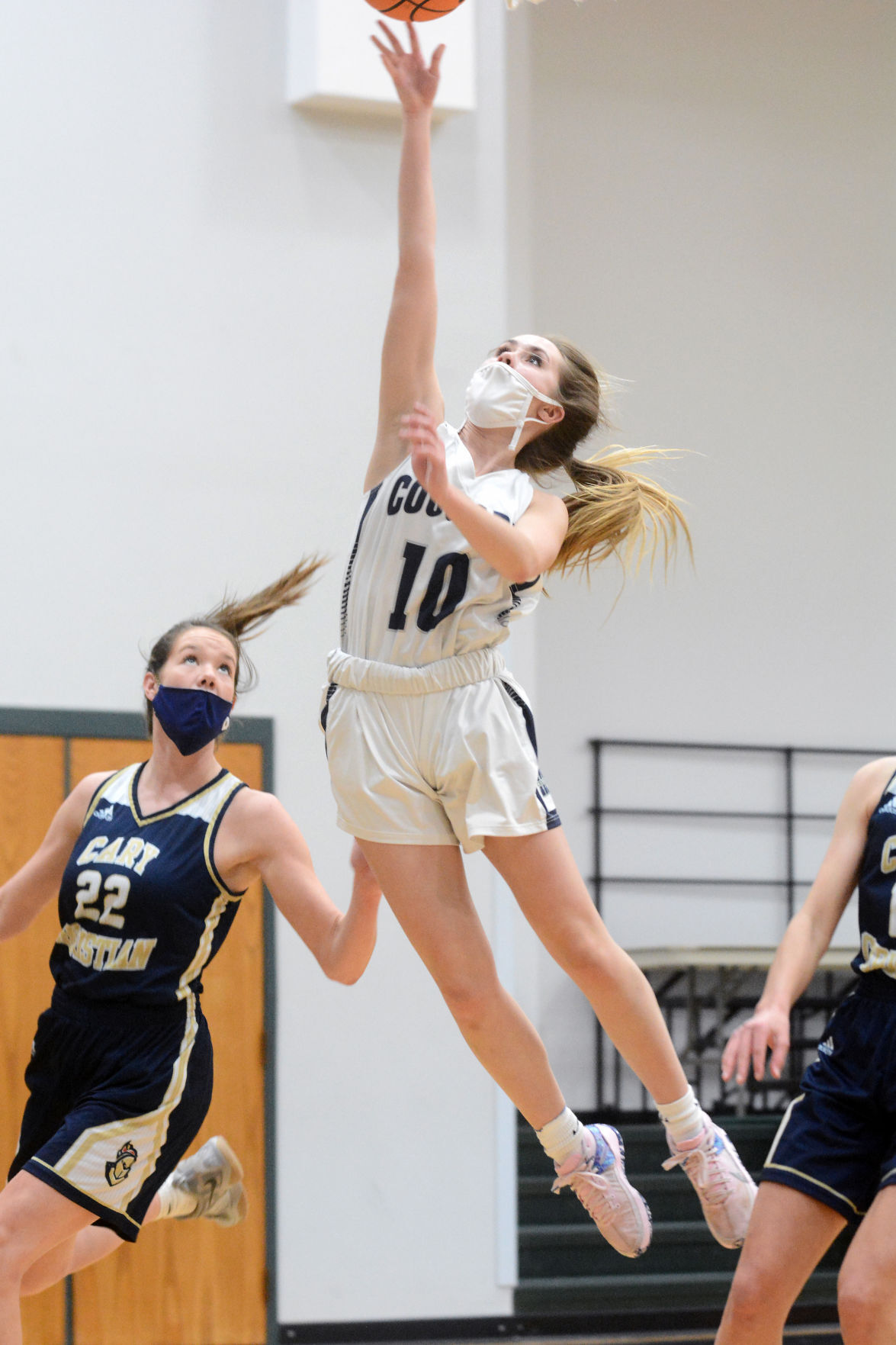 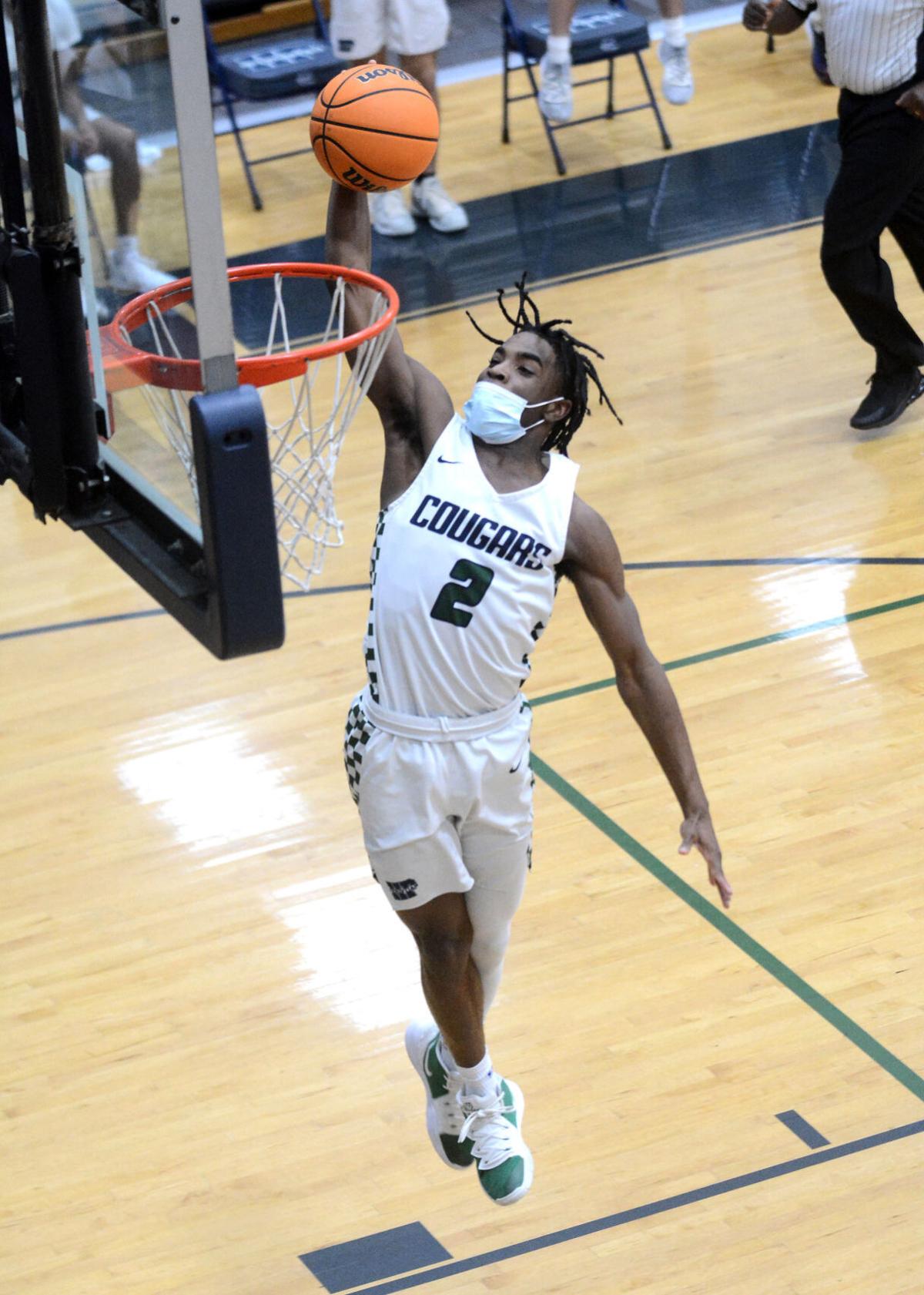 Top-seeded HPCA scored 14 straight points during the second quarter to lead by double digits, weathered fourth-seeded Cary Christian’s run to get back in the game and won 67-54 on Friday at HPCA in the second round of the NCISAA 3A East boys basketball playoffs.

In the girls game, the top-seeded Cougars broke free during the second half to beat fourth-seeded Cary Christian 69-46 and advanced to their first state semifinals in program history.

“We played a great first half — a really great second quarter,” HPCA boys coach Joseph Cooper said. “It was our defense. They got whatever they wanted in the first quarter and we were kind of just exchanging baskets. Then, in the second quarter, I think we had six steals.

“That allowed us to kind of get out and score easy baskets and gave us some breathing room. It was the same defense we ran in the first quarter — we were just about a half a step slow. And then I thought we really locked in during the second quarter and were where we needed to be when we needed to be there.”

K.J. Garrett scored 29 points to lead the Cougars (16-9), who — following upsets in all of the other three other games — will host unseeded Asheville Christian (9-16) in the semifinals Tuesday. Ethan Smith added 13 points, followed by Thomas McIntosh with nine points and P.J. Underill with six points.

HPCA held a slim three-point lead early in the second quarter after a back-and-forth first. But its defense forced a flurry of turnovers that allowed it to get to the basket for easy scores. Suddenly the Cougars led by 17 with two minutes left in the half and held a 40-25 lead into halftime.

HPCA extended its lead to 18 with 5 1/2 minutes remaining in the third.

“We definitely created havoc out there,” Garrett said with a smile. “And that’s what we do — just lock in on defense. It was really good. We just wanted to get to the final four — we haven’t been there in forever. That’s just a major goal of ours and we’re not done yet.”

The Knights (17-5), who were led by Seth Cullen with 23 points, quickly answered with a 13-2 run to get within seven with 2 1/2 minutes left in the quarter and trailed by nine heading to the fourth. They got it back to nine three times in the final four minutes, but the Cougars, working the clock well, held on.

“We just had to stay composed, display leadership,” Garrett said. “That’s what we did, and we came out with the W.”

“I think we played much better in the second half,” Cougars coach Brittany Drew said. “We’re just trying to make sure we understand energy and attitude is what we’re going to have to have going deeper into these playoffs — it’s anybody’s game.

HPCA, leading 28-24 at halftime following a close first half, opened the third on a 19-7 run to lead by 16 with a minute and a half left in the quarter. It maintained a double-digit lead the rest of the way, steadily pulling away in the fourth to lead by 26 with a minute left.

“First half we were kind of sluggish, but second half we picked up our energy after halftime,” Hairston said. “Once we got rolling, we were hard to stop. I think we started communicating better and everybody raised their energy up. It was like, ‘We’re not going to lose this game.’ So, we had that mentality.”

The Cougars will host Concord Academy (16-2), the No. 2 seed from the West, in the semifinals. The games are tentatively scheduled for Tuesday evening at 5 for the girls game and 7 for the boys game.

“We’re just taking it week by week,” Drew said. “Since November we’ve been telling them that it’s bigger than us. Each game we play is for the program, and we’re trying to create a culture that means winning. And that requires sacrifice. I think the girls have bought in.

“I’m just proud of their resilience and I’m excited,” she said with a laugh.