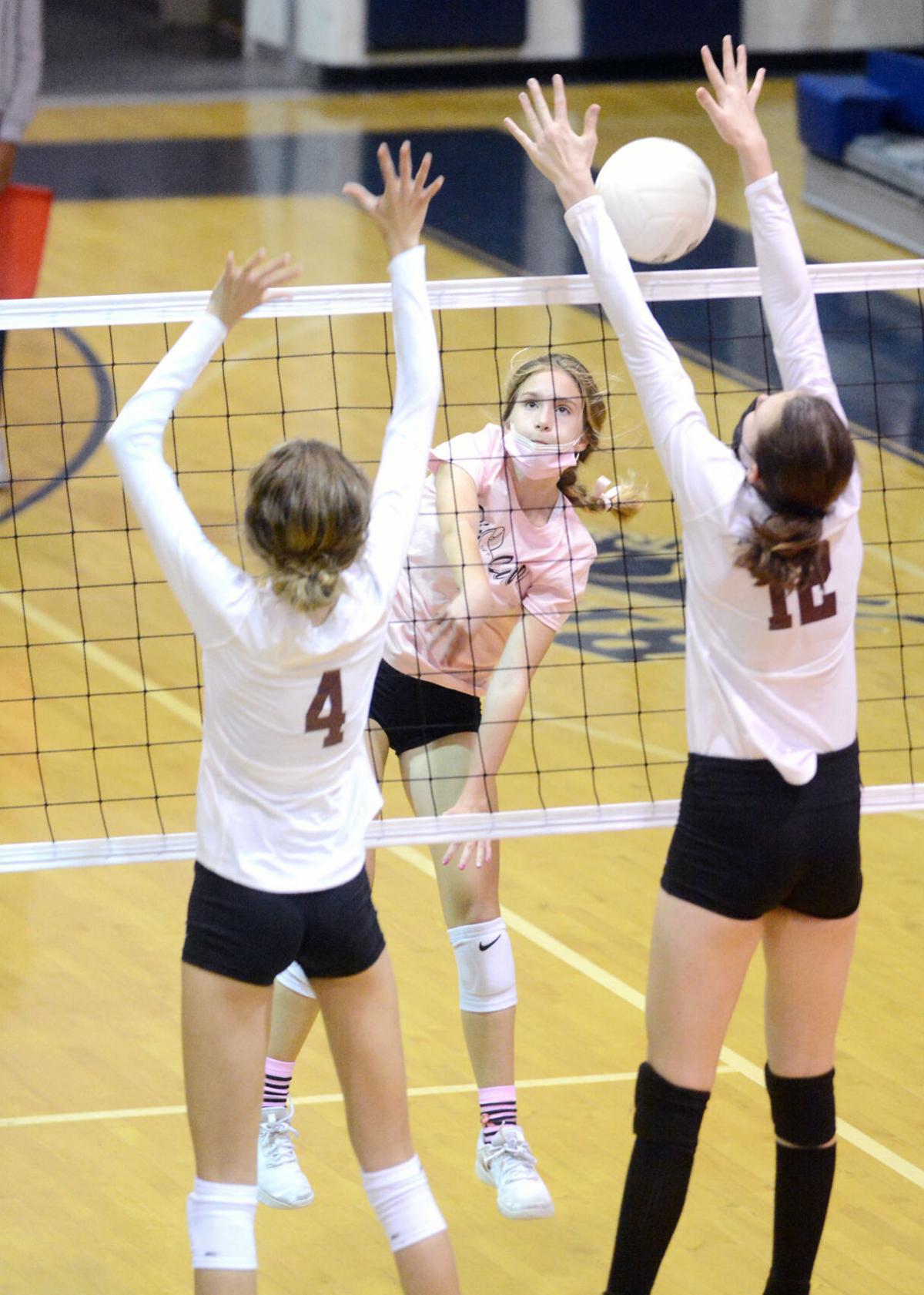 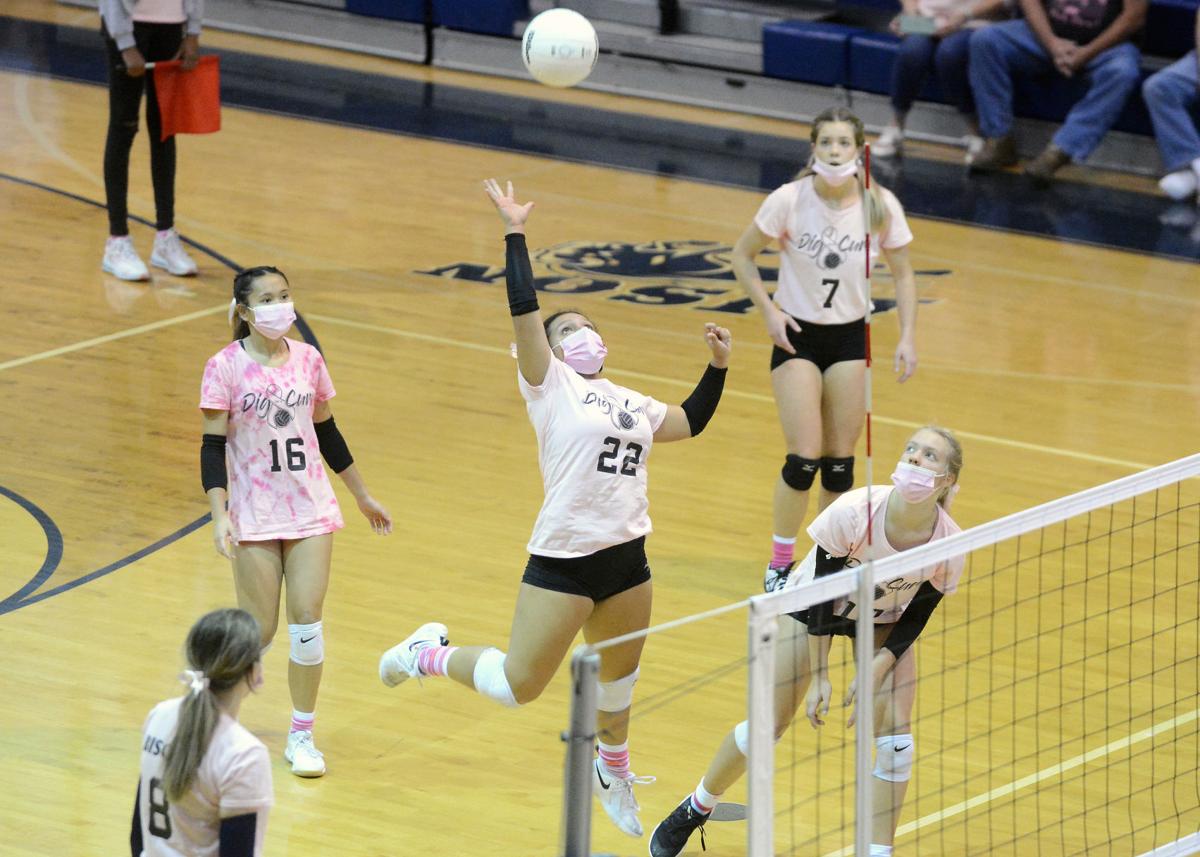 High Point Central’s Abby Maldonado, center, hits the ball over the net during Tuesday’s match against Atkins at Central. 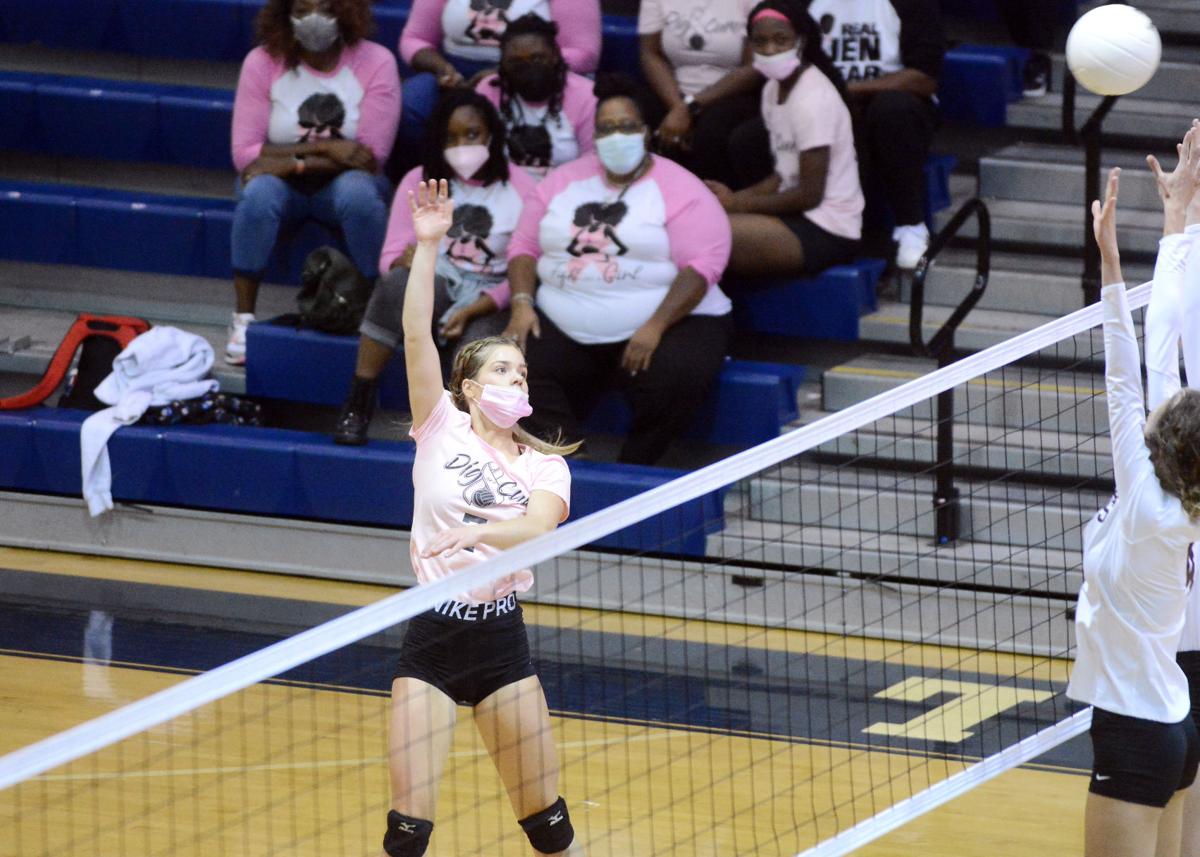 High Point Central's Culler Combs hits the ball over the net during Tuesday's match against Atkins at Central. 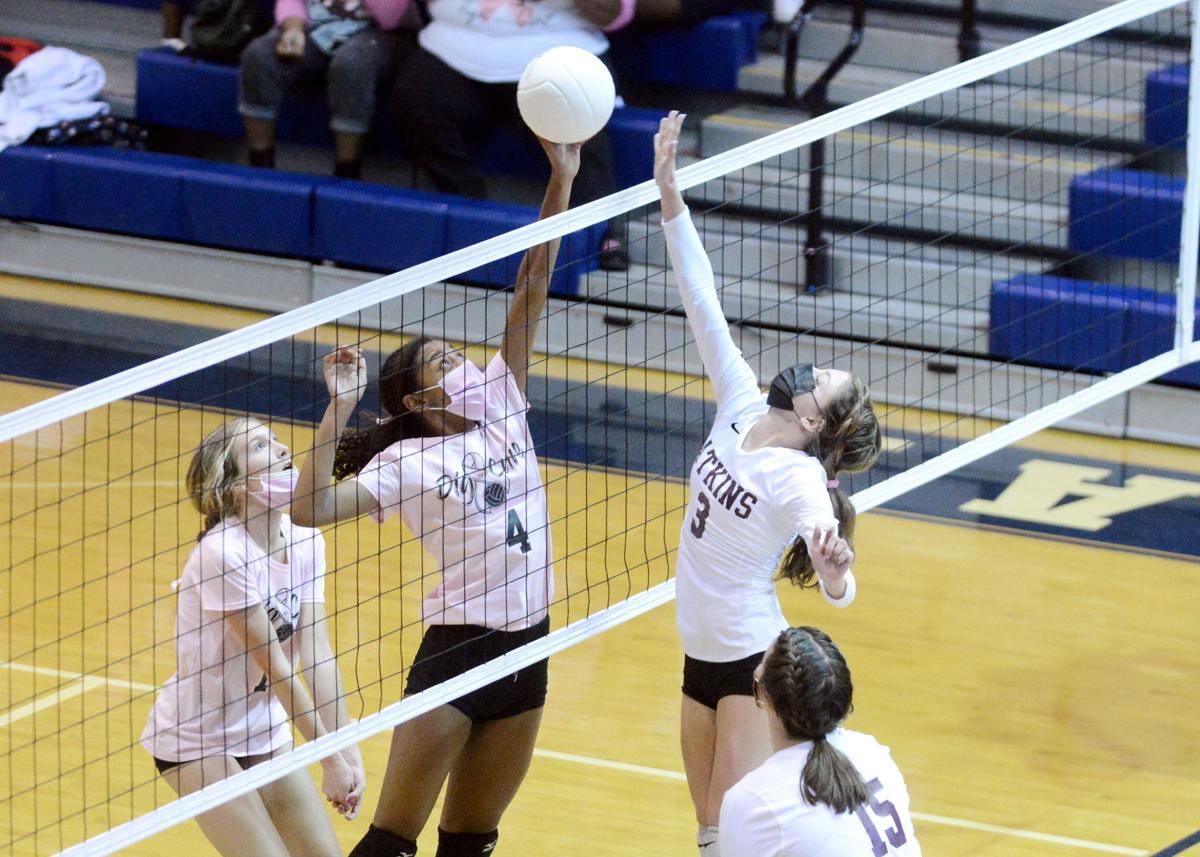 High Point Central's Jordan Rainey, left, tips the ball over the net during Tuesday's match against Atkins at Central.

High Point Central’s Abby Maldonado, center, hits the ball over the net during Tuesday’s match against Atkins at Central.

High Point Central's Culler Combs hits the ball over the net during Tuesday's match against Atkins at Central.

High Point Central's Jordan Rainey, left, tips the ball over the net during Tuesday's match against Atkins at Central.

HIGH POINT — High Point Central gave Atkins all it could handle early. But the Bison just couldn’t keep it up.

Central led early in every set but struggled to close out sets late in falling 25-22, 19-25, 25-15, 25-22 against the Camels in Mid-State 3A Conference volleyball Tuesday for Central’s Dig Pink game.

Culler Combs had 10 kills, two aces and one block to lead the Bison (11-9 overall, 9-3 conference), who, coming into Tuesday’s match, had won six of their previous eight matches after losing 3-1 at Atkins a month ago.

Emma Burks added 10 kills, one ace and one block, while Ava Burton added eight kills and one ace, and Abby Maldonado had seven aces as Central played well in the opening two sets but slowed over the final two.

“(Atkins) is a hard team,” Taylor said. “So we were trying to make sure we’re covering those spots. I think we did pretty well, but it’s just making errors on our side. Once we fix our side, I think we’ll be the dominant team and get the victory in the end.

“Sometimes, in some spots, it will be a communication error. And other times it’s just us keeping the ball in with our hits. We’ve got to take care with our hits and make sure to get them in. We had a lot of mis-hits today. And when you’re playing a team like that, you can’t have that many errors.”

The Bison, who are in third place in the conference, quickly led by six early in the first set. But Atkins (13-2, 11-1), tied with Rockingham County for the conference lead, answered with a 13-5 run to lead by two.

The teams went back and forth before the Camels won four of the final five points, as Central’s final hit just barely sailed long. In the second, the Bison won nine of the first 10 points and led the entire way to even the match.

Atkins, however, bounced back with a 9-1 run early in the third set to lead 10-4. Central got back within three twice, but the Camels eventually stretched their lead to 12 in the final points and took a 2-1 lead.

The teams were again tight in the fourth set, settling into a 13-13 tie. But Atkins, tallying a timely kill and later an ace, ran off four straight points. The Bison pulled within 19-18 and were within two three times — including at 24-22.

But the Camels got one final point to land to finish off the match.

Central, which will likely be seeking a wild-card berth for the playoffs as the conference will get two automatic berths, will look to bounce back tonight at Smith before visiting Southern Guilford on Thursday.

The Bison will then play in the conference tournament next week.

“We’ll see where we finish at the end of this week, then brackets come out at the end of next week,” Taylor said. “We just have to make sure we keep fighting and push throughout the entire match.”