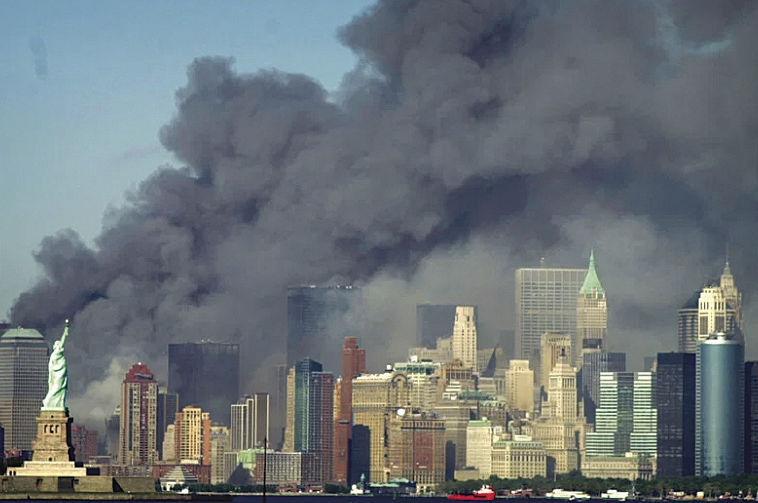 Thick smoke billows into the sky from the area behind the Statue of Liberty, lower left, where the World Trade Center was, on Tuesday, Sept. 11, 2001. 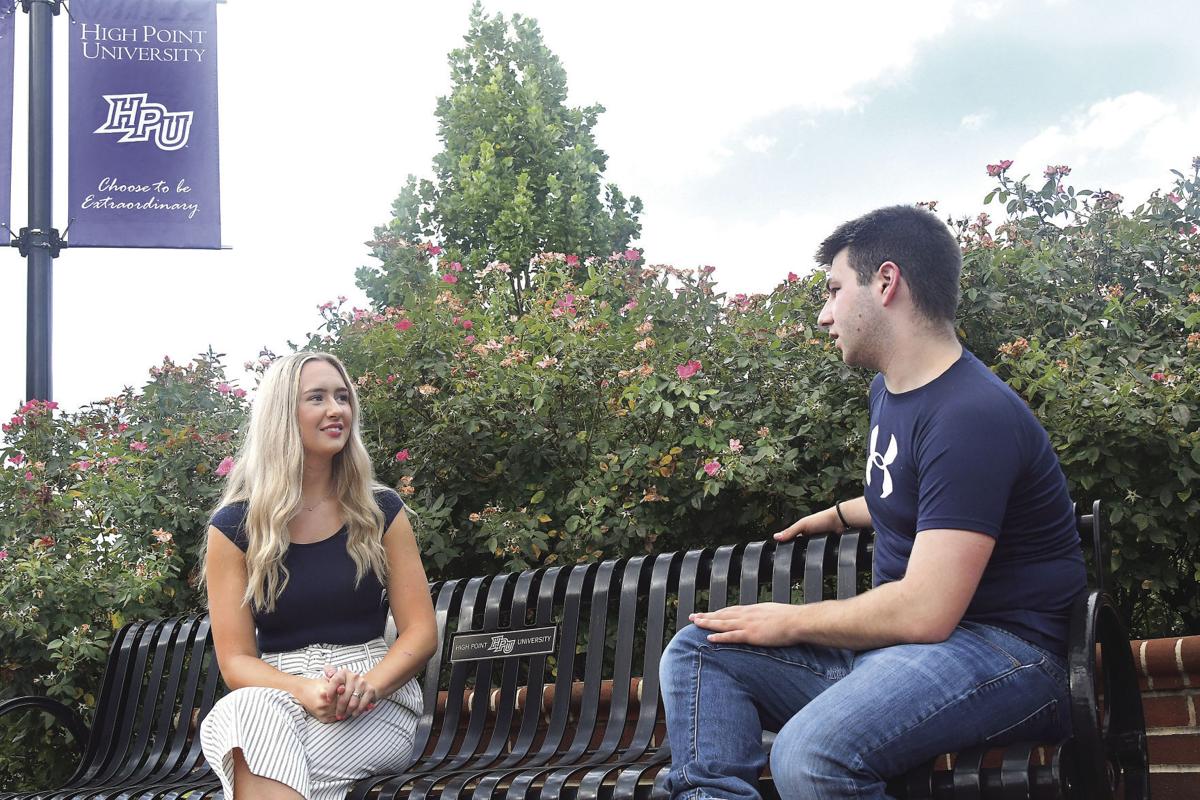 High Point University students Colleen Stack and Harris Goldstein discuss the 20th anniversary of 9/11 while on campus. Both students lost loved ones on Sept. 11, 2001, shortly after they were born in the greater New York City metropolitan area.

Thick smoke billows into the sky from the area behind the Statue of Liberty, lower left, where the World Trade Center was, on Tuesday, Sept. 11, 2001.

High Point University students Colleen Stack and Harris Goldstein discuss the 20th anniversary of 9/11 while on campus. Both students lost loved ones on Sept. 11, 2001, shortly after they were born in the greater New York City metropolitan area.

College students Colleen Stack and Harris Goldstein are far too young to remember the moments of Sept. 11, 2001, but the pain of the day has pierced them deeply.

Both 20 years old and juniors at High Point University, Stack and Goldstein lost loved ones they don’t recall meeting.

Stack, who is from Long Island, New York, was a week old when her grandfather, a rescue squad leader, died in the South Tower of the World Trade Center.

Goldstein, whose family lives in South Orange, New Jersey, was almost a year old when his father died while working in an upper floor of the World Trade Center at a financial investment office.

Both young people say their loss has guided the direction of their lives, though they

can’t remember the day of the tragedy.

The two HPU students will mark the 20th anniversary of the terrorist attacks during a ceremony in New York City on Saturday. Stack will read some of the names of those lost, while Goldstein will attend the service with his mother, Jill, who will recite names as well.

“It weighs on our entire family,” said Goldstein, a sentiment echoed by Stack. “The fact that we can get together on the

day and support each other is monumental.”

Stack was born Sept. 4, 2001, a moment so inspiring that her grandfather cut short a trip to Florida to come back to New York to see and hold his grandchild.

Lawrence Stack almost missed his brief chance to see his granddaughter — she was born 15 days early.

“So my grandfather was on vacation in Florida with my grandma and came back when I was born,” Stack told The High Point Enterprise.

Lawrence Stack, a battalion chief for a rescue squad in Long Island, and his crew rushed to the towers to assist on Sept. 11. The squad was assigned to try to rescue people in the South Tower.

Colleen Stack said that as she grew older, she learned about his heroism not only that day but throughout his career as a first responder.

“The only reason we found his body and identified him is that he donated blood,” said Stack, who is majoring in communication at HPU. “The fact that he gave back in life is the reason they could identify his body.”

Goldstein’s father, Steven Goldstein, worked for the Cantor Fitzgerald investment center that occupied multiple upper floors of the World Trade Center. He was in just his third week working for the firm. He went to work early that morning, a reflection of his devotion to his profession and coworkers.

“It was 11 days before my first birthday,” said Goldstein, who is majoring in psychology at HPU. “Each year it weighs more and more on me.”

He wrote in a recent essay about his experiences: “Imagine losing someone extremely close to you at such a young age, someone so important; however, you are too young to know what death is. Too young to remember that person’s face, or even recall memories.”

Goldstein said he only knows about his father through stories told by his family. One inspiration for him to major in psychology involves entering a profession where he can help others beset by grief and loss.

“I can help people through their tough times,” he said.

Stack and Goldstein say that they both hope for some measure of closure from the 20th anniversary of Sept. 11, 2001. But they acknowledge the emotions will never fully subside.

“There’s a bond between me and that day,” Stack said.