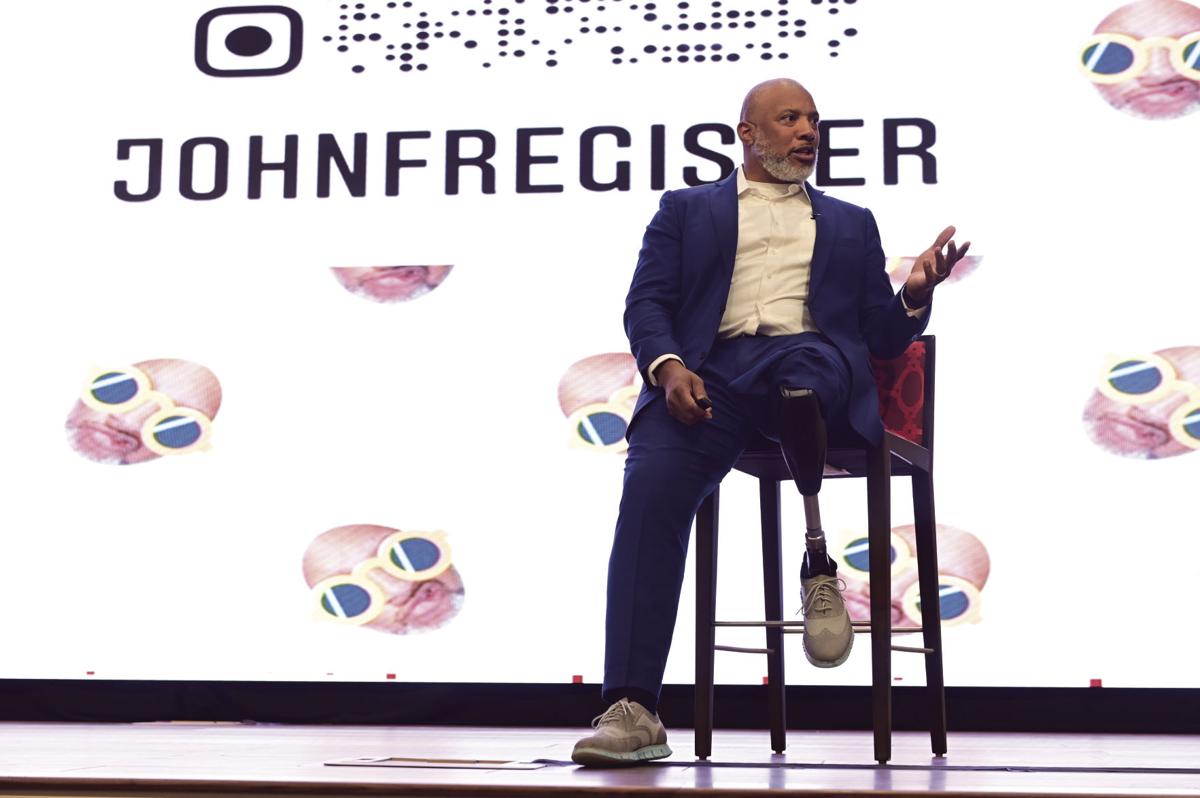 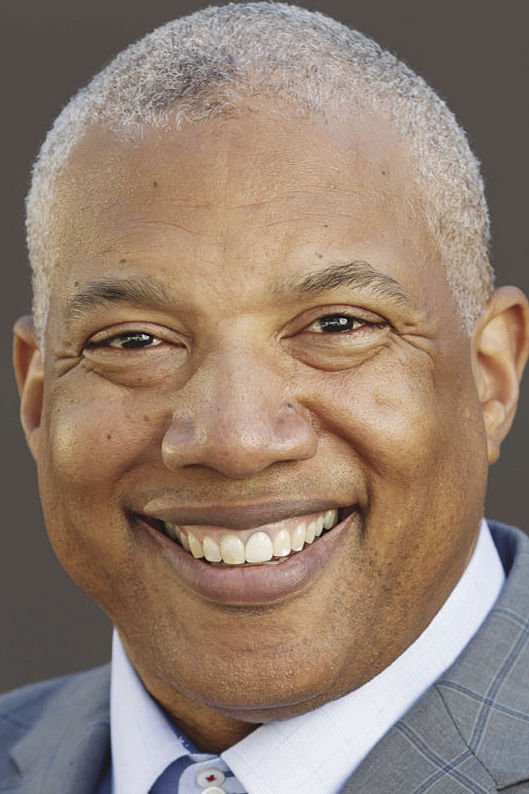 The combat Army vet, officer candidate and former Olympic hopeful reminded Rotary members to be thankful for the free gift of oxygen when he spoke to representatives of 49 clubs inside the Nido and Mariana Qubein Arena and Conference Center.

Register compared fear of the ongoing pandemic to emotions he felt after dislocating his leg while running hurdles as a four-time track and field All-American. Register said he doesn’t remember the next seven days after a doctor twisted his severely injured leg while attempting to reset it. Despite unbearable pain, he clearly remembers another doctor saying he had a difficult choice to make. The resulting amputation left him feeling devalued and disabled, he said. He feared his wife and their young son would reject him. Fear caused him to lose oxygen, Register said.

“The rebirth for me was not the Paralympic Games,” Register said. “The rebirth was standing on my good leg for 15 seconds, then 30 seconds.”

He described adapting to transfer to a wheelchair, to put the prosthetic leg on and walk with parallel bars across the hospital floor. After using a walker, he progressed to crutches then to a cane before free-walking on his artificial leg, from swimming to running and then jumping to the Paralympic Games in 2000.

“That process took 6 1/2 years,” Register said. “There haven’t been 20 months in the pandemic and we’ve lost oxygen from our environments. It takes work. It takes effort and you have put in the discipline for it.”

Working through such challenges, an individual can relearn personal value and gain resolve that Register equated to freedom.

In response to a mother of two young boys who had reacted when they noticed his prosthetic leg, Register told her he did not overcome the adversity of losing his leg.

“What I had to do was embrace a new normal mindset and shift the way I was thinking,” Register said.

He began swimming for therapy and four years later competed in the Paralympics Games in Sydney, Australia, where he placed second in the men’s long jump. He continues to work with the State Department internationally on disability issues.

“When our truth outweighs our fear, we will commit to a courageous life,” Register said.

Speaking at the event, High Point University President Nido Qubein said Register is an overcomer who coaches teenagers to handle hurdles of adversity. Qubein noted the hundreds of attendees survived the 2008-09 recession and the ongoing pandemic and urged them to be grateful for all their blessings.

“Oxygen is given free to all of us,” Qubein said. “Sometimes we forget to thank God for oxygen.”