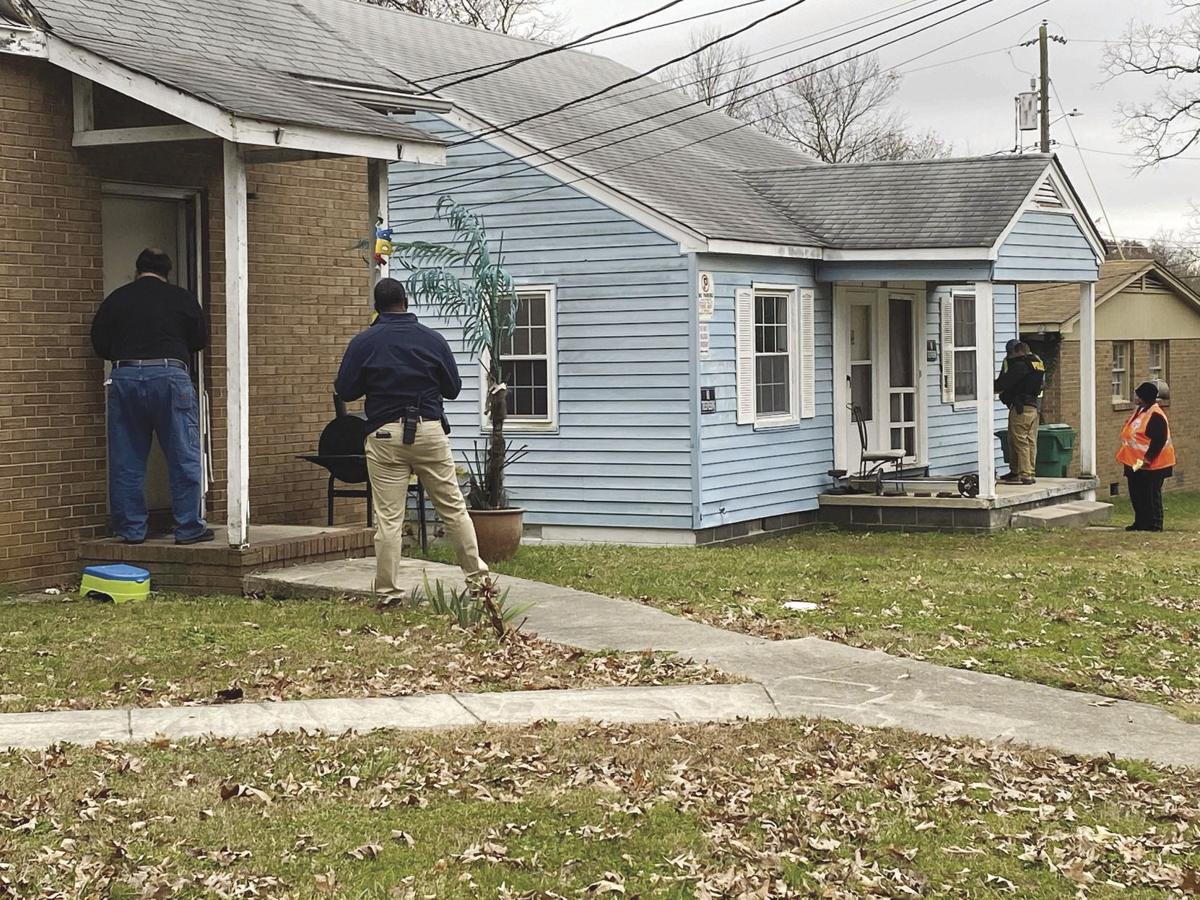 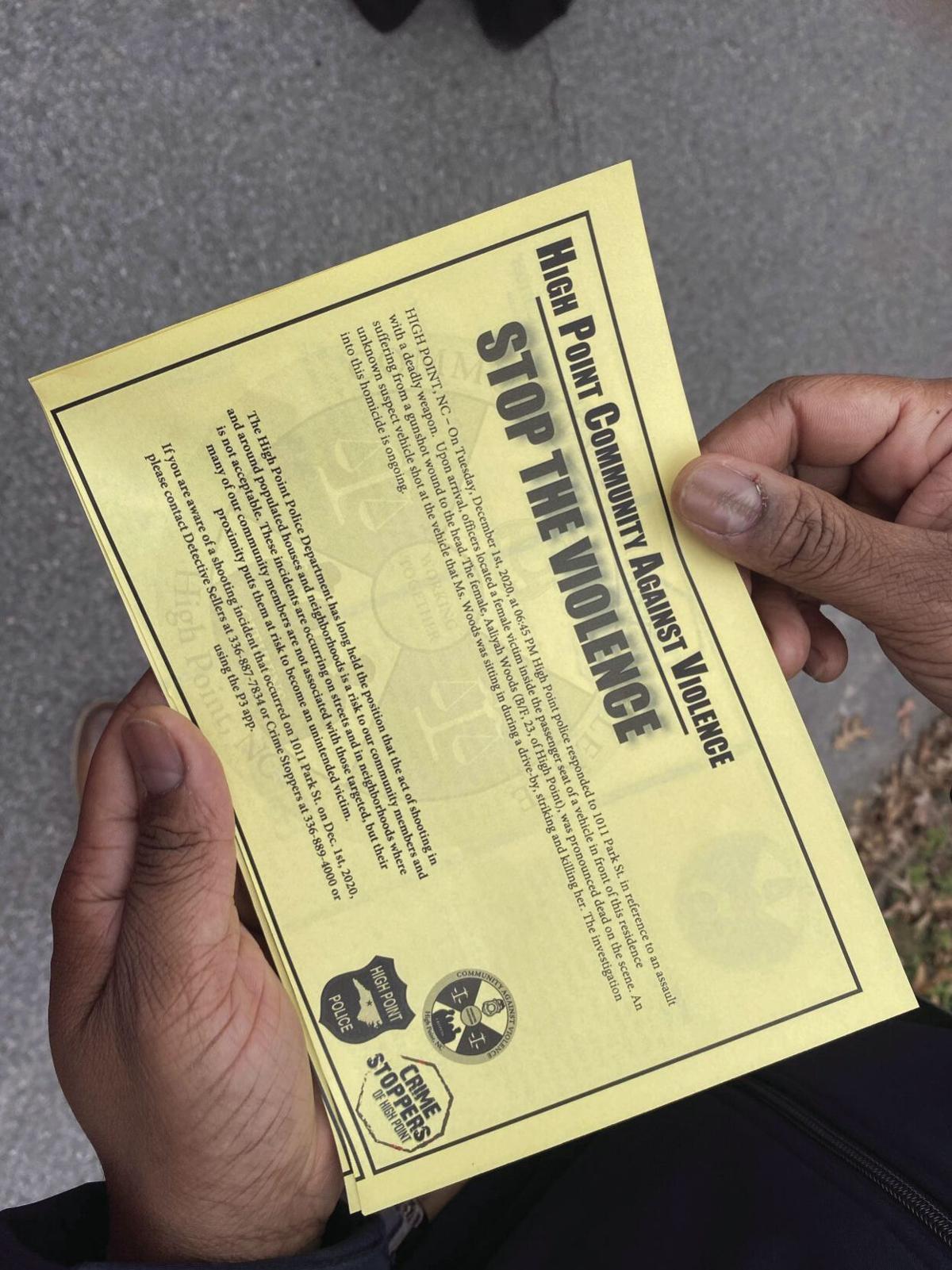 A volunteer holds flyer distributed Friday morning through canvass of neighborhood on Park Street that was scene of city’s latest homicide.

A volunteer holds flyer distributed Friday morning through canvass of neighborhood on Park Street that was scene of city’s latest homicide.

HIGH POINT — Police have provided more information Friday about a shooting that cost the life of a 23-year-old woman in a south High Point neighborhood.

In a flier distributed as part of a canvass of the neighborhood by officers and volunteers, police said someone in a vehicle fired at the car that Aaliyah Woods of High Point was sitting in Tuesday in the 1000 block of Park Street. Woods, who was in the passenger seat, was shot in the head and died at the scene of the shooting.

On Friday morning, High Point Police Department officers and volunteers through groups such as High Point Community Against Violence traversed the neighborhood on foot seeking information from residents and reassuring them about the investigation.

Woods’ shooting was the 14th homicide this year in High Point. By this time last year the city had recorded 17 homicides, police Lt. Matt Truitt said.

Anyone with information on the shooting is asked to contact the High Point Police Department at 336-883-3224 or Crime Stoppers of High Point at 336-889-4000 or to Download the P3 mobile app for IOS or Android.