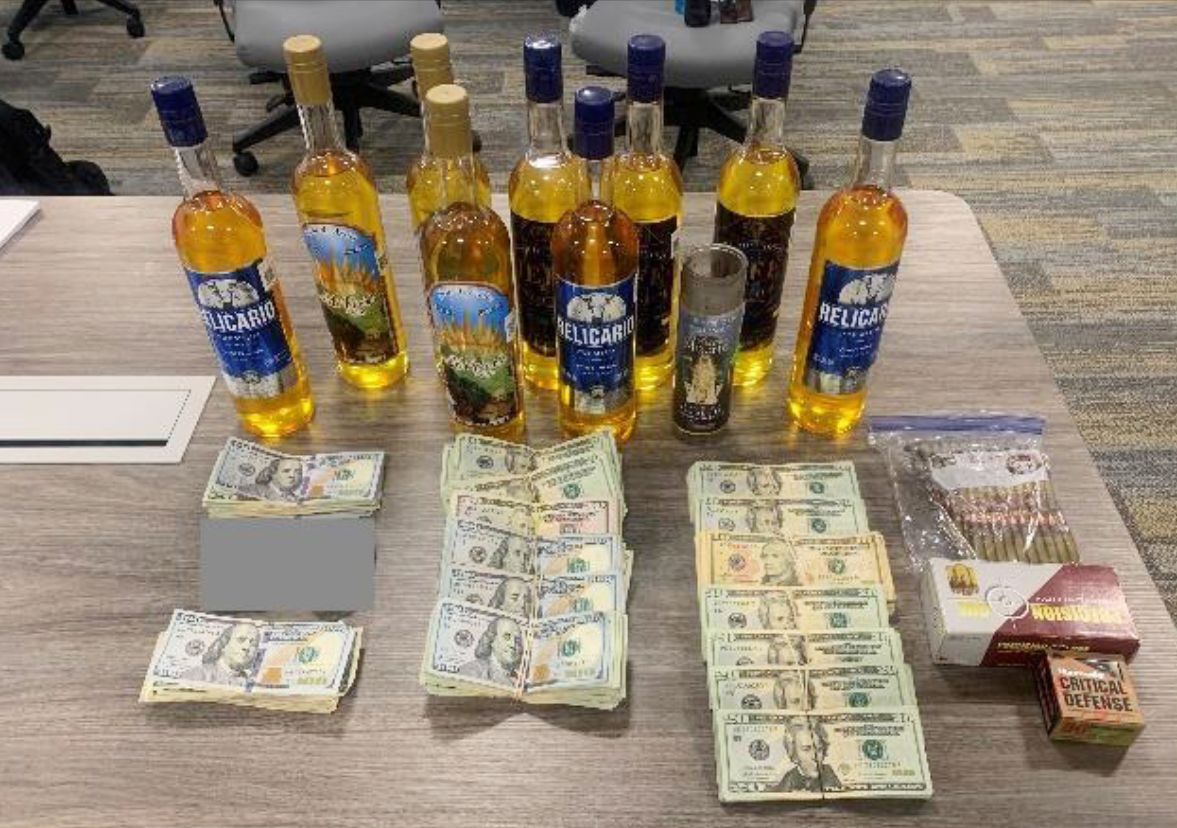 Police displayed bottles they said contained liquid meth, along with cash and other items they seized. 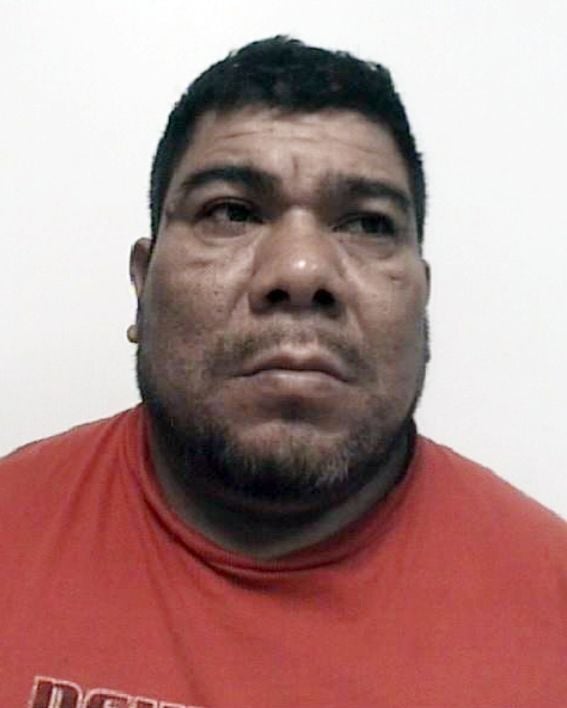 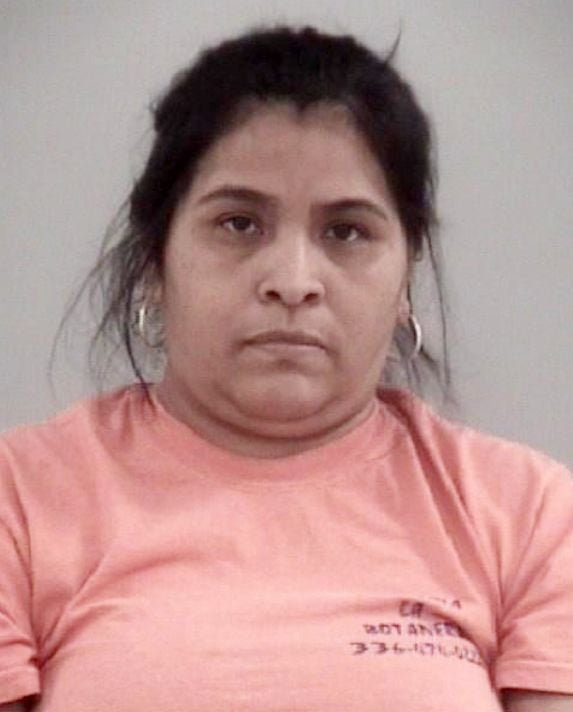 THOMASVILLE — The Special Operations Unit of the Thomasville Police Department has charged two people in connection to a seizure of more than 32 pounds of liquid methamphetamine.

A joint investigation with U.S. Department of Homeland Security and the United States Postal Service resulted in searches on June 2 at 911 Mendenhall St. and 3 Skye Trail. Detectives seized 14.7 kilos of liquid meth, which has a street value of about $550,000, as well as $21,740 in U.S. currency, a 2008 Mercedes Benz, and a 2012 Dodge Charger, the Thomasville Police Department said.

Oscar Gutierrez Uribe, 42, of 911 Mendenhall St. was charged with trafficking methamphetamine. He was placed in the Davidson County Jail, and his bond was set at $500,000 secured.

Yesenia Marisol Vasquez, 48, of 3 Skye Trail was charged with conspiracy to traffic methamphetamine. She was placed in the Davidson County Jail, and her bond was set at $250,000 secured.

According to information on a University of Arizona website about illicit drugs, methamphetamine is often dissolved in water for the purposes of transportation and placed in containers such as liquor bottles that would be considered common at U.S. ports of entry or any other points of inspection. Once shipped to its destination, the water usually is boiled away, leaving the drug in solid form.