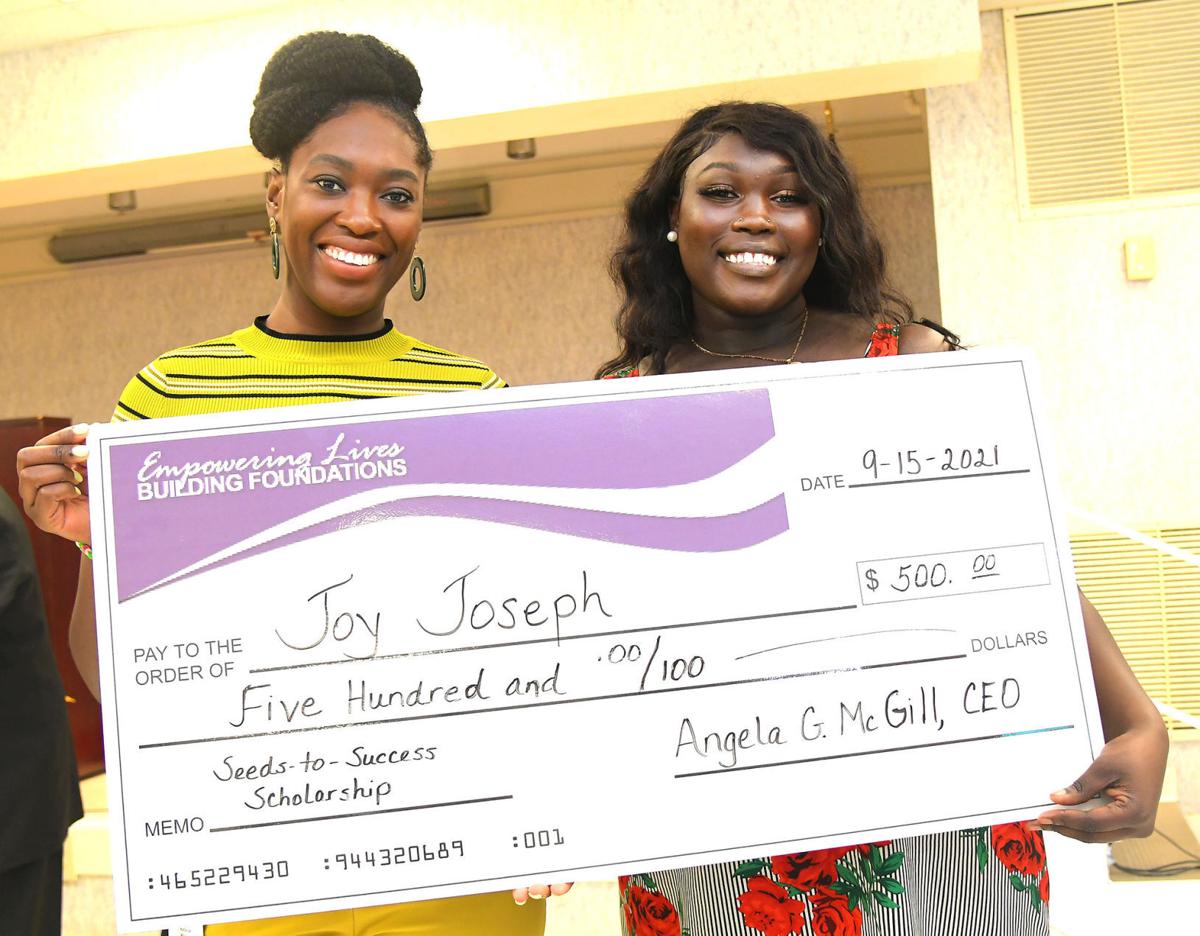 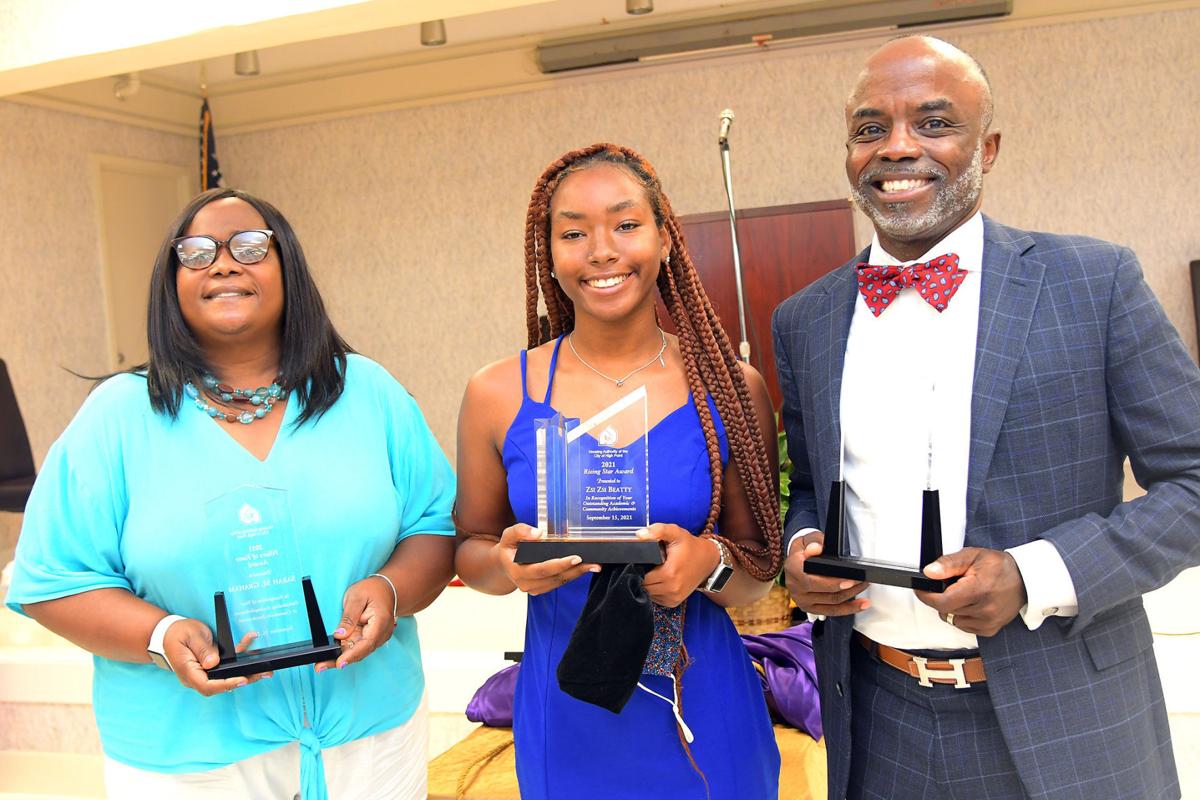 HIGH POINT — Recipients of the High Point Housing Authority’s annual Pillars of Fame/Rising Star awards and Seeds-to-Success Endowment Scholarship thanked others for supporting their efforts to achieve their educational and career goals as they were honored on Wednesday.

All four recipients are working toward goals of helping others. Two of the four shared challenges they faced growing up in public housing.

“It really means a lot, especially for people like me that come from a not-so-privileged background,” Joseph said after the ceremony. “It’s the little awards that take you a long way. I’ve always had the passion to help people and I always loved kids.”

Joseph is majoring in biology in the pre-med track with hopes of becoming an obstetrician and helping reduce the mortality rate of pregnant women and infants. Joseph said she became more aware as she matured of dangerous pregnancy disorders that can cause high blood pressure and seizures.

She is the daughter of Samuel Joseph and Wilma Hissen Mamur, who immigrated to the United States in 2001 from South Sudan, Africa, and raised nine children.

Barnes advised the audience to pray, push and persevere. Once each achieves success they have a responsibility to pass that push onto their children and the next generation, Barnes said.

“I want to encourage you to persist until something happens,” Barnes said. “Nothing beats your persistence.”

As he received the 2021 Pillars of Fame award, UNCG Dean of Students and Associate Vice Chancellor Brett A. Carter recalled how he, his twin brother and older brother used to collect aluminum cans and bottles across High Point to help their single mother of nine, who struggled to make ends meet. Both of his brothers died unexpectedly at an early age, but Carter’s life changed as he achieved his educational goals at High Point University and UNCG.

“Much of my young adult life, I was always looking for a safe place to go,” Carter said. “Never did I imagine I would be working at a public university, leading an amazing team of professionals responsible for the health and safety of our students on a campus of 19,000 students.”

Sarah M. Graham, the other recipient of the 2021 Pillars of Fame award, said it was a blessing for her to be recognized. She also thanked her mentor.

“I can’t forget the person who nominated me for this award,” Graham said, noting Guilford County Board of Commissioner Carlvena Foster in the audience.

Thinking back to when her family lived in Carson Stout Homes keeps her humble, Graham said. “And it keeps me moving forward to bless and be a part of other children’s lives who are in housing now,” Graham said. “I look forward to putting a smile on their faces and letting them know they can make it. Just because you started this way doesn’t mean how you finish. I’ve been through some good times and bad times, but I’m still standing.”

Graham, currently an educator with Guilford County Schools, founded and is CEO of Drawers of Hope Resource Center, which tries to help at-risk youth. She noted the center observed its first anniversary last Friday.

Zsi Zsi Beatty, who was honored as winner of the Rising Star Award, is a recent graduate of the Middle College at Bennett. She was accepted into six colleges but chose to attend East Carolina University to study kinesiology.

Beatty thanked her teachers, family and friends for their love, support and “for pushing me throughout my education to be my very best.” She also thanked the High Point Housing Authority for making it possible for students to learn, grow, serve the community and make a difference for others.