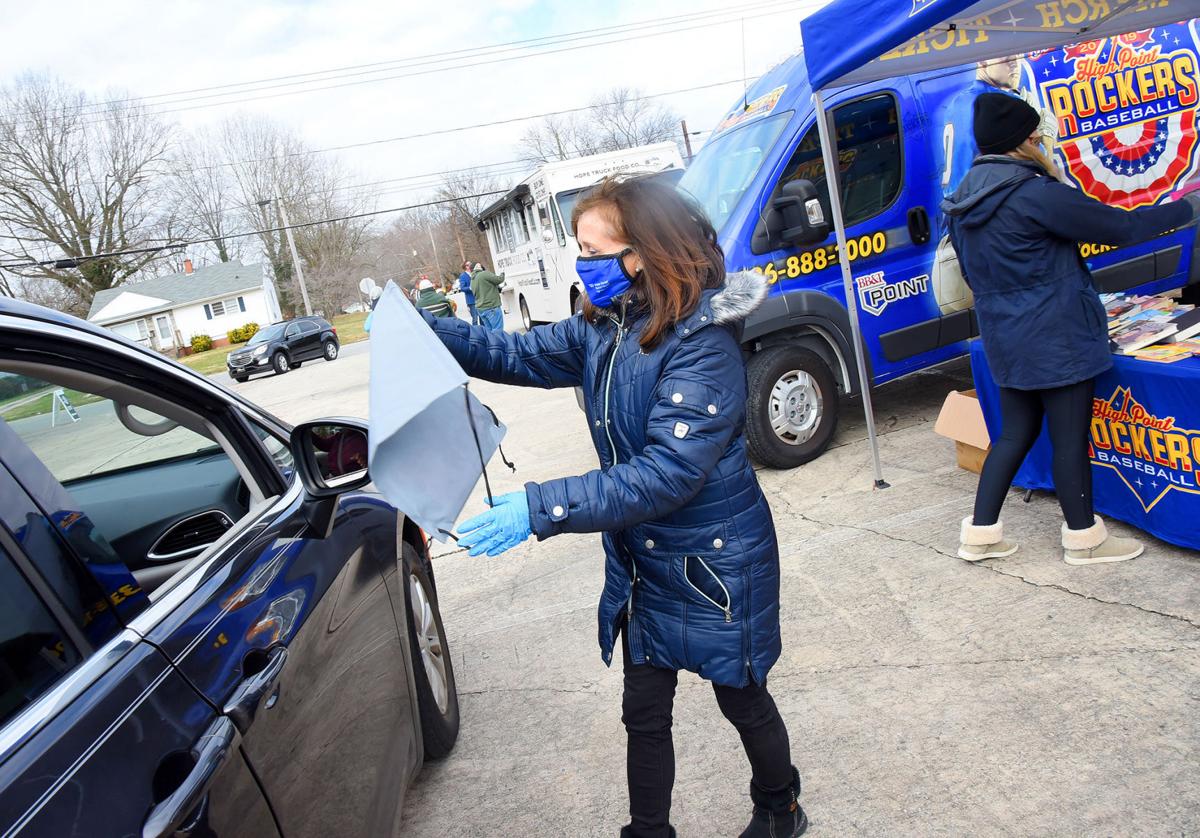 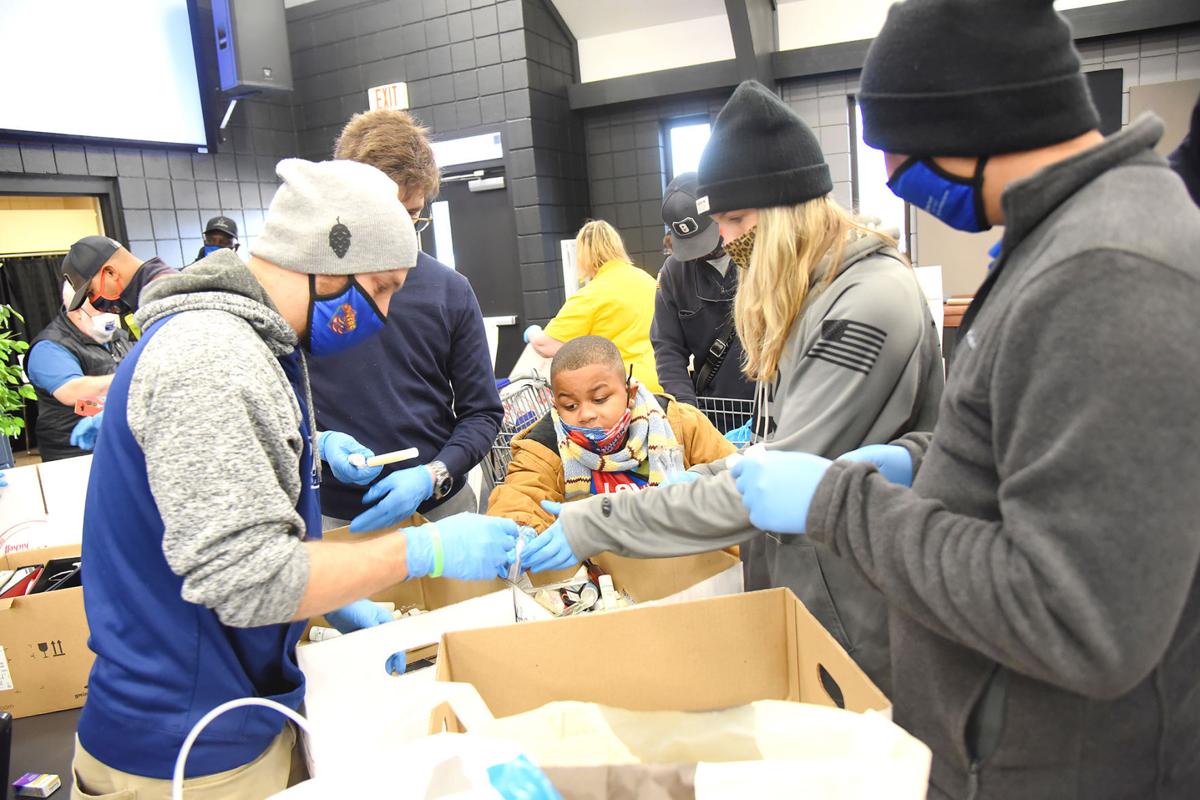 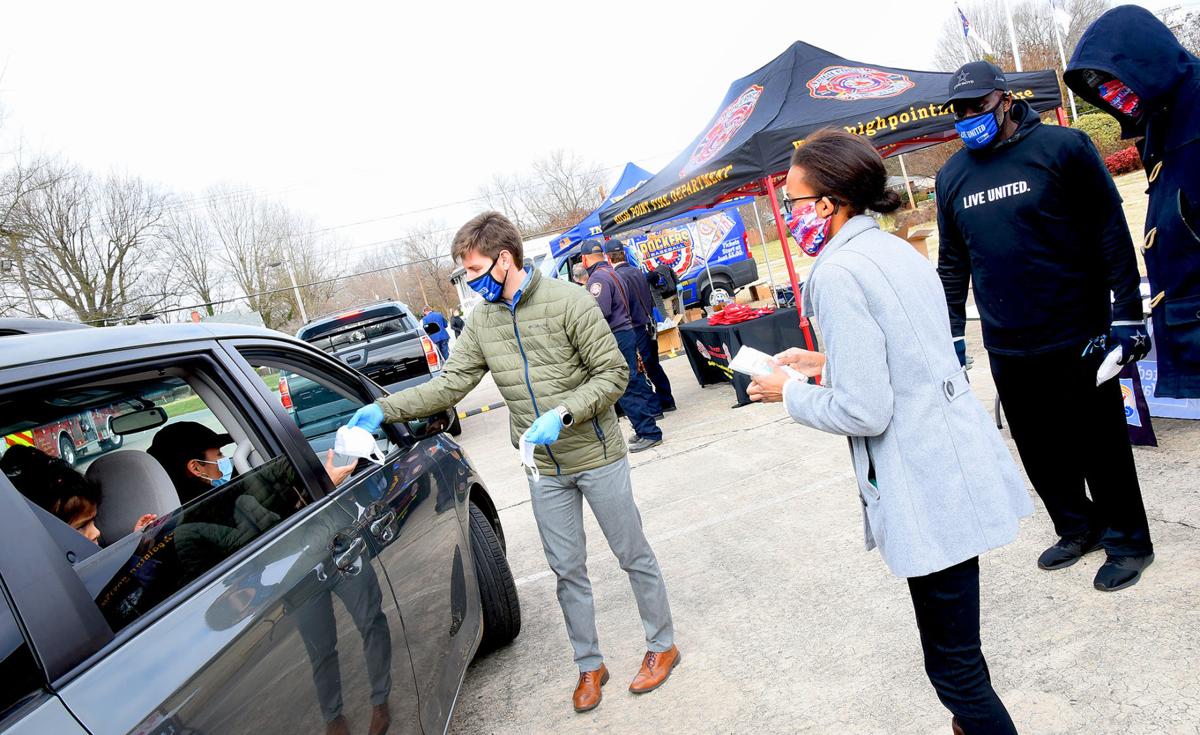 Face masks for adults and children were given away, along with hand sanitizer, children’s books and hot meals from the Hope food truck outside the PowerHouse Church on Monday in celebration of Martin Luther King Jr. Day.

The MLK service event drew together people who are in need with volunteers from various agencies who were willing to donate their time to help others, said Latoya Bullock, UWGHP’s vice president of community impact.

“It just embodies what MLK wanted: people working together to help one another,” Bullock said. The event also presented an opportunity to teach its youngest volunteers how to give back to the community, Bullock added.

Jacquilynn Escalante, 11, said she wanted to help because she knows other people struggle. “We have to be thankful for having a roof and food,” Escalante said. “That’s why I’m grateful to come over here and help, because I know that a lot of people don’t have what we have and are praying to get it.”

Pastor Mike Robinson agreed and said his congregation wanted to help others through the event, which was socially distanced by having only drive-thru interactions.

“This being Martin Luther King’s service day, we felt as though we needed to do a service for the community,” Robinson said. “We felt there were a lot of people who are homeless and a lot of people who don’t have food, and we wanted to try to help so they realize we care about them. We care that they exist.”

As co-founder of the LEAP after-school program and of the Boys 2 Men character-building program, Robinson wanted to include a role for young people.

About 20 children ages 5-15 were there to help during the MLK day of service, said Claire Robinson, Mike Robinson’s wife and LEAP co-founder.

“It’s so important to continue the legacy of service to others,” she said. “To know we’re not in this room alone and no matter what our age is, we can help somebody else. That’s what we’re trying to teach the kids and having them model that by being here, to not always be on the receiving end but to be on the end of giving back.”

“We see what the need is, and I’m glad that Claire, the United Way and all those folks are out there being able to give,” Reid said. “We’re blessed and honored to be able to help them. Instead of just being a holiday, we come out and make a difference in people’s lives. Instead of people just seeing us when they’re down, they see us when we’re trying to help them.”

About half of the staff of the High Point Rockers was able to help with the MLK event to support the community, said Susan Ormond, the Rockers director of ticket sales. The Rockers have previously partnered with LEAP to hand out about 1,000 books each year, she said.

“So now we’re starting on 2021, and we hope to hand out twice that many this year, if possible,” Ormond said. “This is a great way to kick that off as well.”

Winter kits collected Monday will be distributed during the Point-in-Time homeless count to be conducted by Partners Ending Homelessness on Jan. 27-29. Donations of items for winter kits will continue to be collected through January.

Winter kits for the homeless

Donated items are being collected at United Way of Greater High Point’s office, 815 Phillips Ave. Items most needed include: