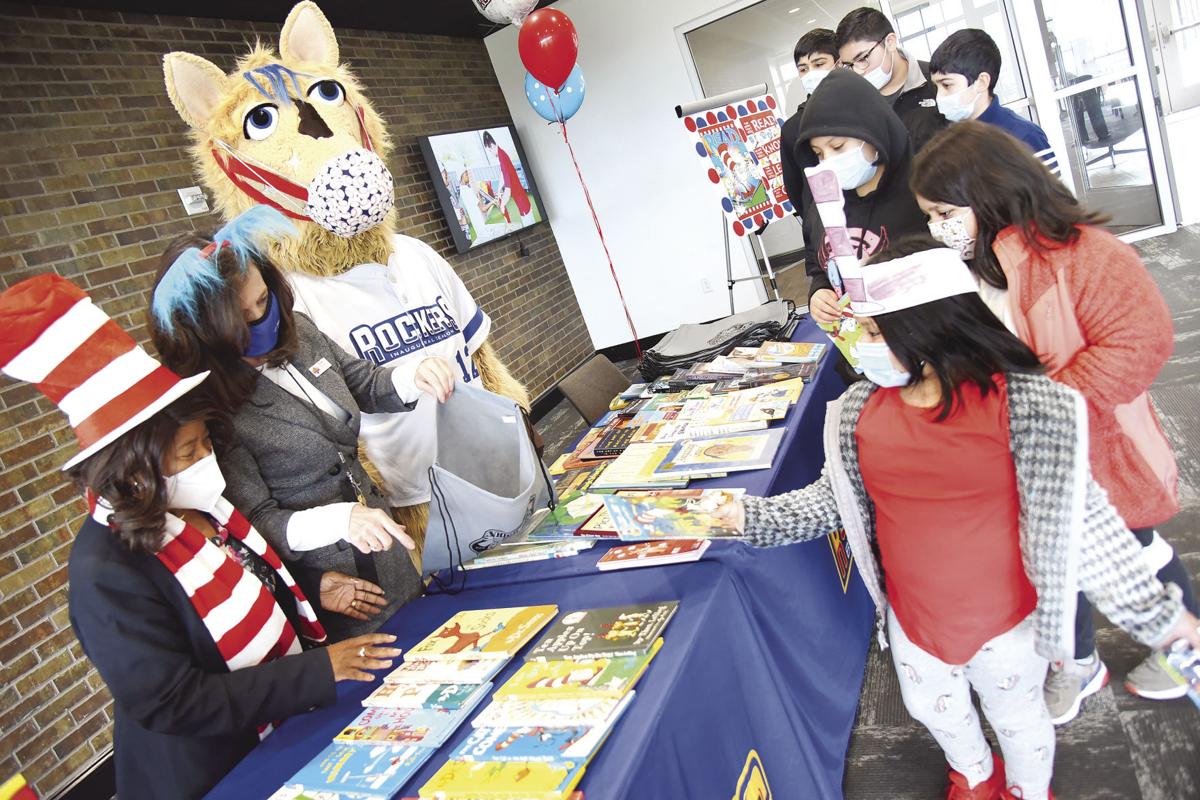 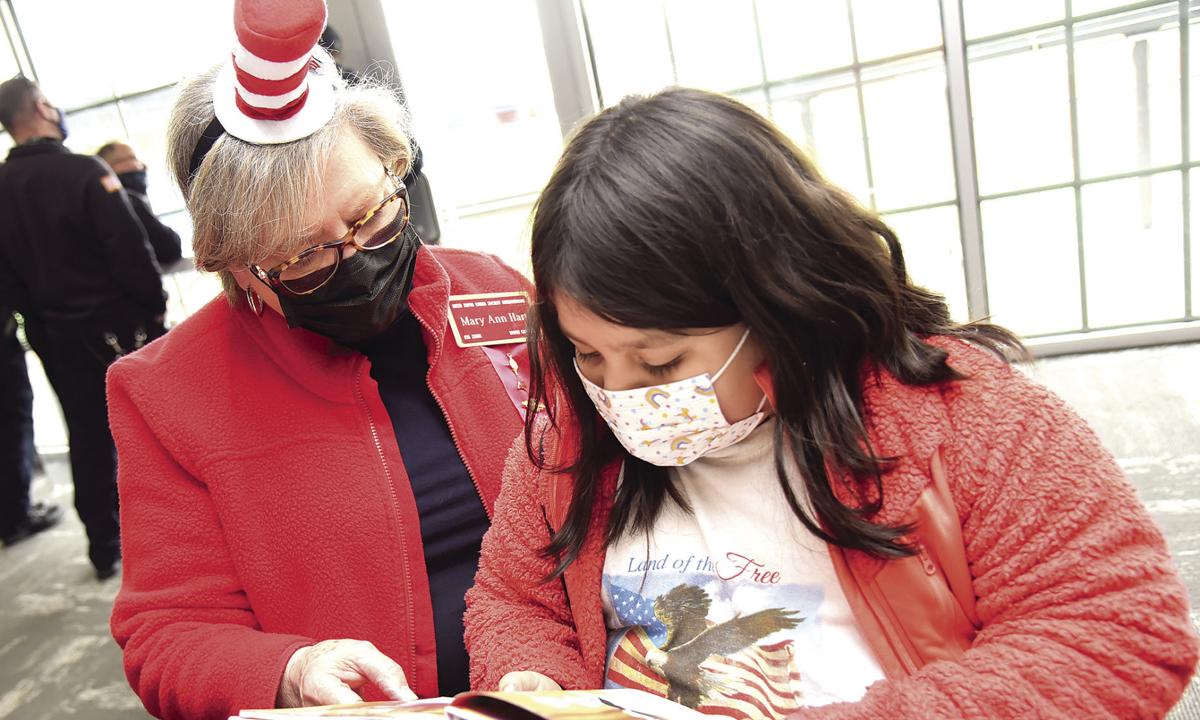 Wearing a red-and-white striped top hat reminiscent of Dr. Seuss’ ”The Cat in the Hat,” Claire Robinson, founder and president of High Point LEAP, a local group that advocates child literacy, read aloud from the book before handing it over to Hype. It represents the start of a new Little Free Library to be set up at the stadium for children to have free books to take home as part of the Rock ’n’ Read program.

“They are libraries where kids get books to keep because we want children to have books in their homes that they can read—and other children in the homes will be able to read them as well,” Robinson said.

During the pandemic, LEAP, or Literacy Empowers All People, has worked with the High Point Rockers organization to host various popup events where books were given away to children.

In the audience were a dozen students who participate in LEAP’s programs, as well as High Point firefighters, who plan to build the library, and members of the Chi chapter of Delta Kappa Gamma and of Beta Xi, who collected books to give to young readers.

“When I was little and barely started LEAP, I didn’t know how to read,” Khan said. “Now I’m ninth grade and I take classes with 12th graders.”

Valeria Ibarra, 9, said LEAP had helped her understand the words she was reading. Now she reads with her four sisters and 1-year-old brother.

Mary Ann Hart, president of Delta Kappa Gamma, said this is the third year its 42 members collected books for LEAP. The professional honor society for educators donated 70 books in 2019 and 100 books last year, Hart said. Its partnership this year with Beta Xi’s 25 members increased the collection total to 764 books for kindergarten through 12th grade readers.

Hart, who taught 5th grade at Northwood Elementary for 29 years, said she knew there was an underserved group of children in High Point when she first heard Robinson speak to a group at Wesley Memorial Methodist Church.

“I latched onto her because she spoke so passionately about this program, and I knew how extensive her efforts were,” Hart said. “When things get back to normal, we’re hoping to actually get into her program and volunteer as best we are able to.”

Susan Ormond, director of ticket sales for the High Point Rockers, recalled working alongside Robinson for the past two years to hand out books.

“This year, we’ve already handed out over 300 books,” Ormond said. “I think we’re going to exceed another goal, which is 2,000. I’m a little nervous about that, but your donations are going to take us far. We’re really thrilled to be partnering and being a part of the community to inspire these kids to read, encouraging them to read and building this program with Claire and LEAP and everybody in High Point.”