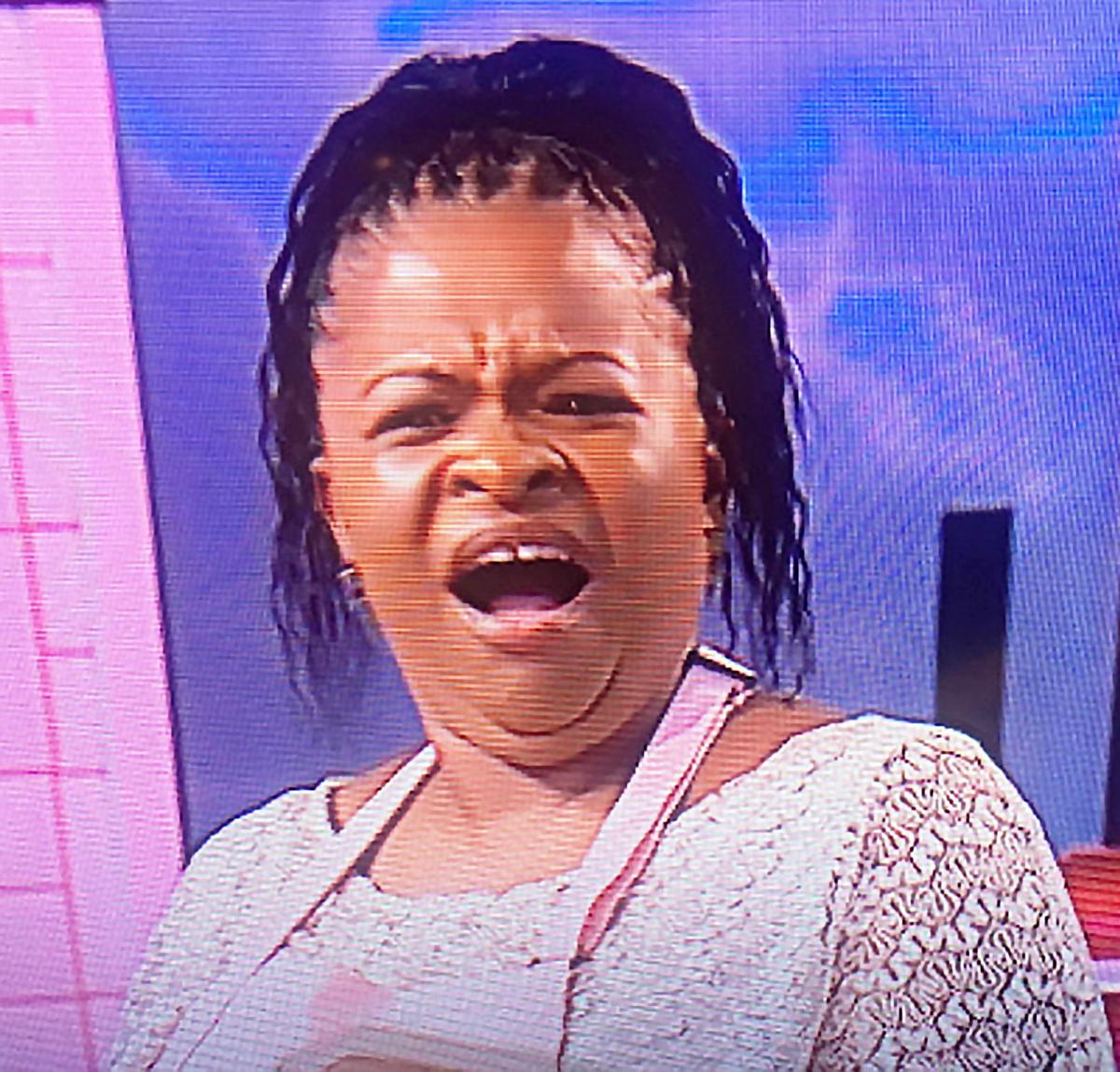 Patricia Simms, 50, of Archdale, reacts to a comment on the Netflix show “Nailed It!,” a reality-show baking competition. 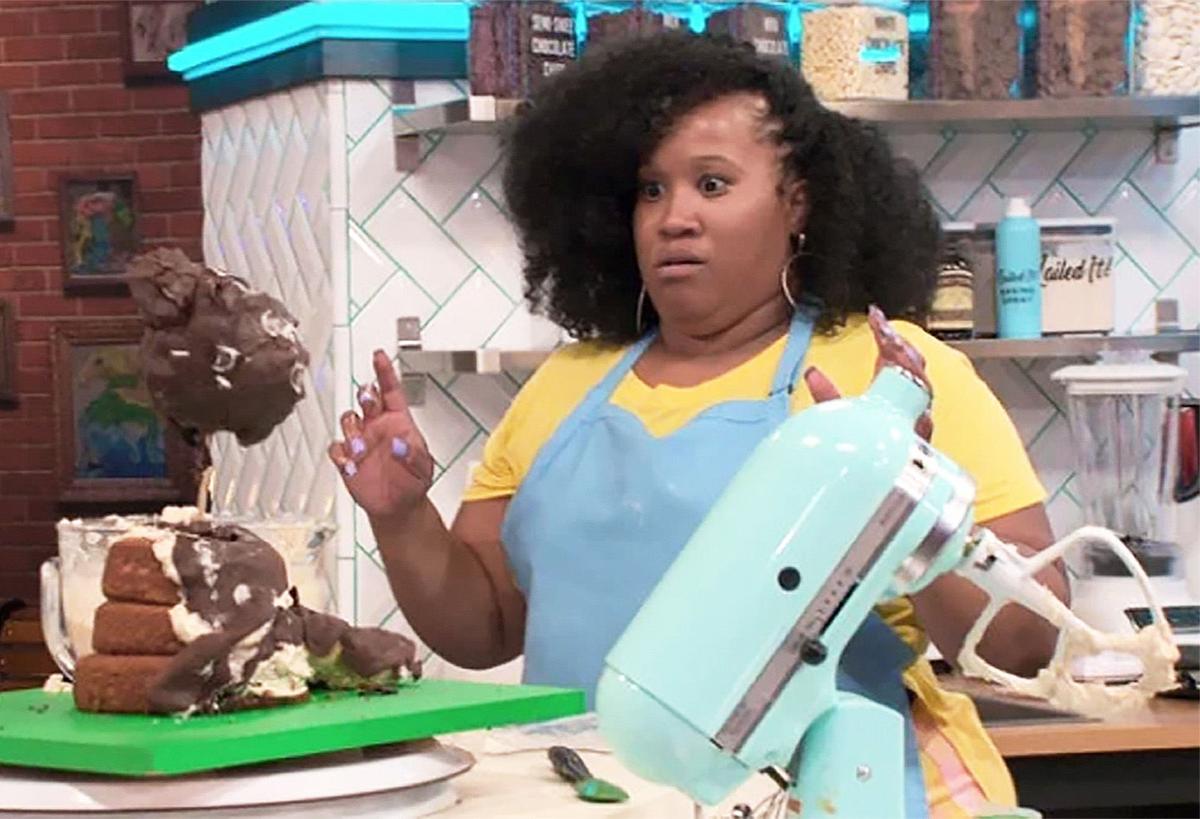 Laqueda Marsh, 35, of High Point, stares in horror at her culinary creation on “Nailed It!,” a baking competition on Netflix.

Patricia Simms, 50, of Archdale, reacts to a comment on the Netflix show “Nailed It!,” a reality-show baking competition.

Laqueda Marsh, 35, of High Point, stares in horror at her culinary creation on “Nailed It!,” a baking competition on Netflix.

Patricia Simms and Laqueda Marsh have always considered baking to be, well, a piece of cake.

But when the two local women took their culinary artistry to the kitchen of the Netflix reality show “Nailed It!” — a baking competition that celebrates failure in the kitchen — their creations flopped like a shoddy souffle.

“I fell waaaaaaay short of nailing it,” Simms, of Archdale, says with a laugh. “I know how to bake, but it was a whole different story when I got there. It was like I didn’t know what I was doing.”

Marsh, of High Point, had a similarly catastrophic experience.

“It’s totally different from baking in your own kitchen — I was all over the place,” she says. “I was far from nailing it, but I had a good time doing it.”

Simms and Marsh appear in separate episodes of Season 6 of “Nailed It!,” which Netflix is releasing today. Family and friends will gather tonight for a watch party to see how the two women did.

Simms and Marsh — who are aunt and niece, respectively — are longtime fans of the Emmy-nominated show, which premiered 3½ years ago.

“Me and my husband were trying to find something to watch on Netflix, and we decided to try this show — it looked like it would be funny,” Marsh remembers. “From the very first episode, it was so funny — we were in tears laughing at the way the cakes looked.”

The premise of the show is to have three amateur bakers compete for a $10,000 prize. With the timer ticking, they’re asked to replicate complicated cakes and other sweet confections — the type of projects professional bakers might undertake — then show off their usually disastrous, often hilarious results to a panel of judges. As they unveil their creations, they proudly yell, “Nailed it!” although it’s rare that anyone actually nails it.

“It’s usually really extravagant things that you have to make,” Marsh explains. “It’s not like making chocolate-chip cookies. It might be a cake in the shape of something.”

Challenges on previous shows have ranged from marine animal mini cakes and a cake pop Nativity scene to an edible bust of Donald Trump, all of which turned out pretty much as you would expect them to turn out.

Simms and Marsh both perfected their baking skills by hanging out in the kitchen with Simms’ father — Marsh’s grandfather — the late Frank Smith of High Point, who loved baking from scratch.

It was Simms who first filled out an application to appear on “Nailed It!,” but show officials asked her to invite someone to be on the show with her for a team episode, so she invited her niece. Then the officials changed their minds and decided to have individual bakers rather than teams, so each woman appears in an episode baking by herself.

They flew to California to film their episodes in August 2020.

Although the women cannot reveal how they did on their respective episodes, both say they had a blast just being a part of the show.

“Oh my goodness, it was so much fun,” Simms says. “When I started, it was like, ‘You have got to be kidding me!’ It was really intimidating at first. But then I remembered that I’m just here for the fun of it — I had to think like that to keep myself going, and it really was a lot of fun.”