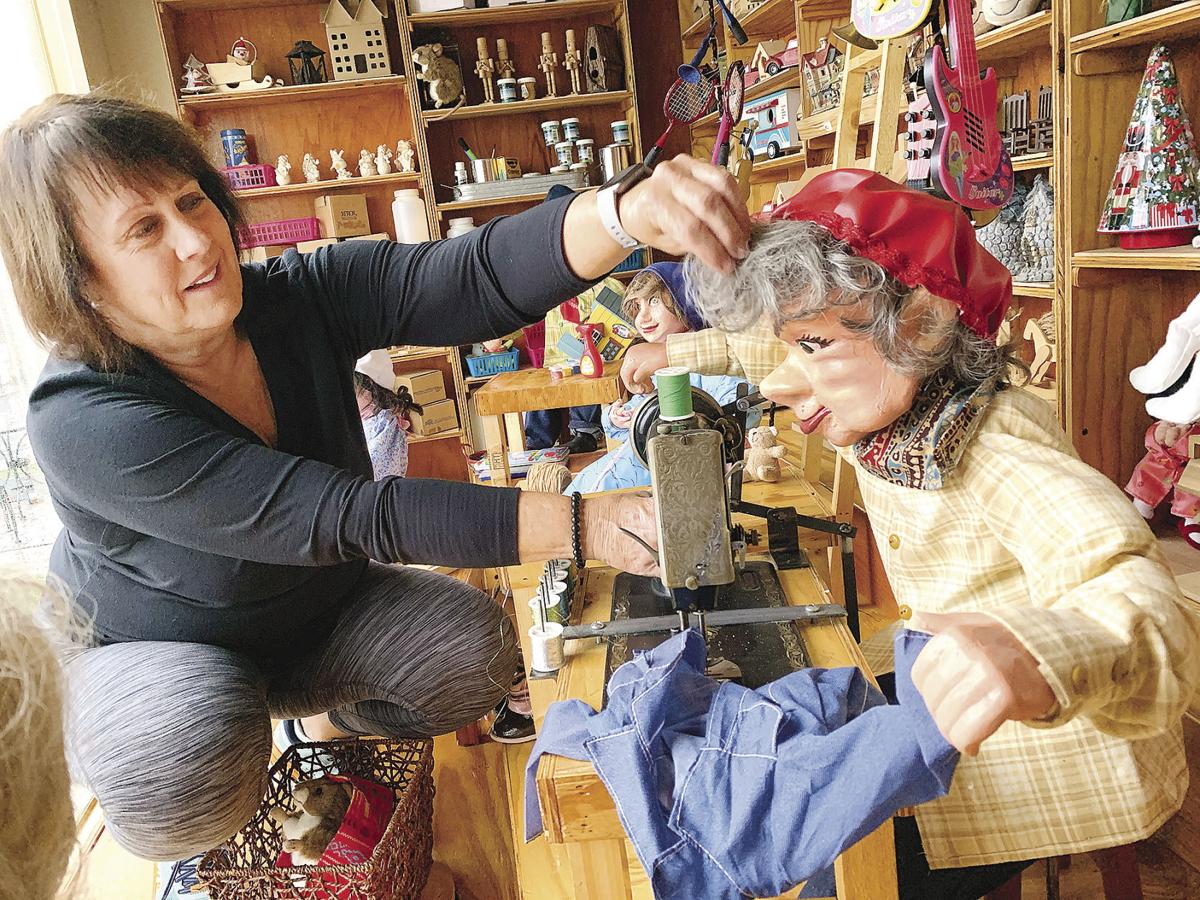 Denise Barnes, of the Thomasville Beautification Committee, makes adjustments to an elf in one of the city’s Christmas window displays at the Thomasville Emporium. Barnes spearheaded the effort to bring the elaborate displays to Thomasville last year. 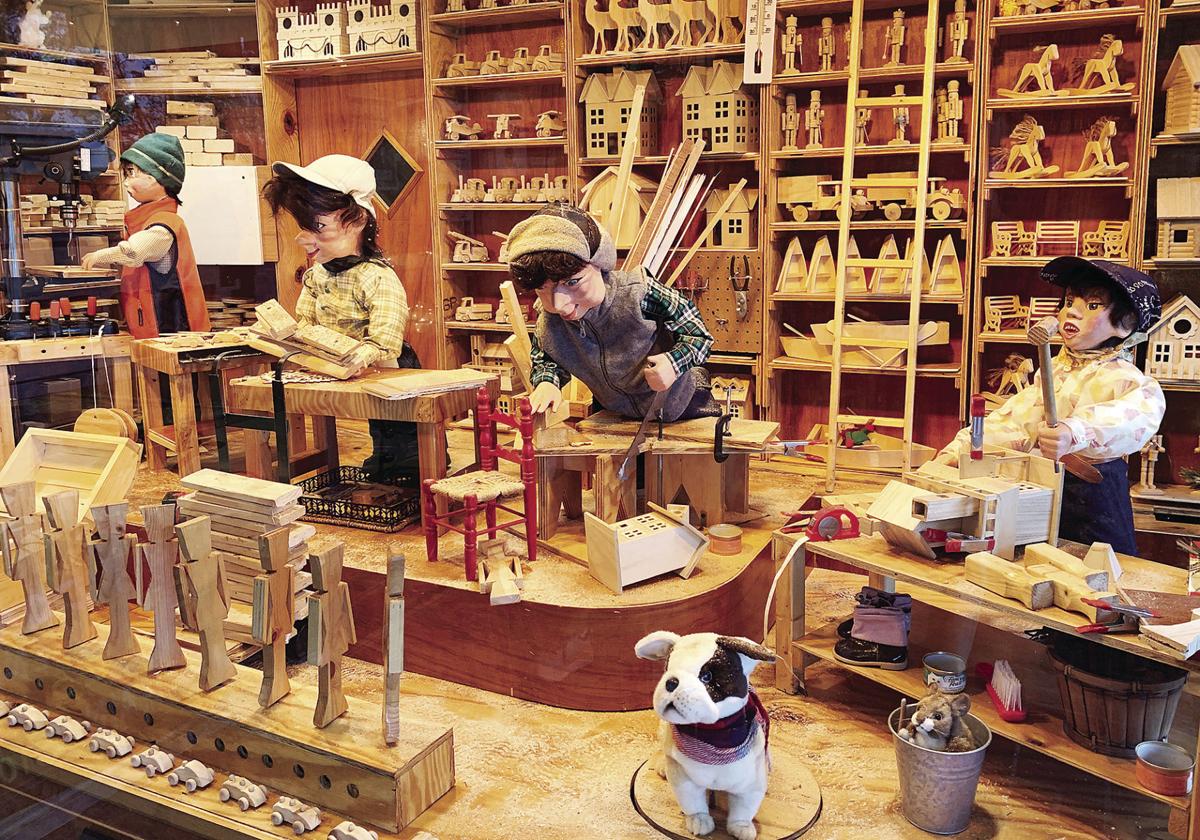 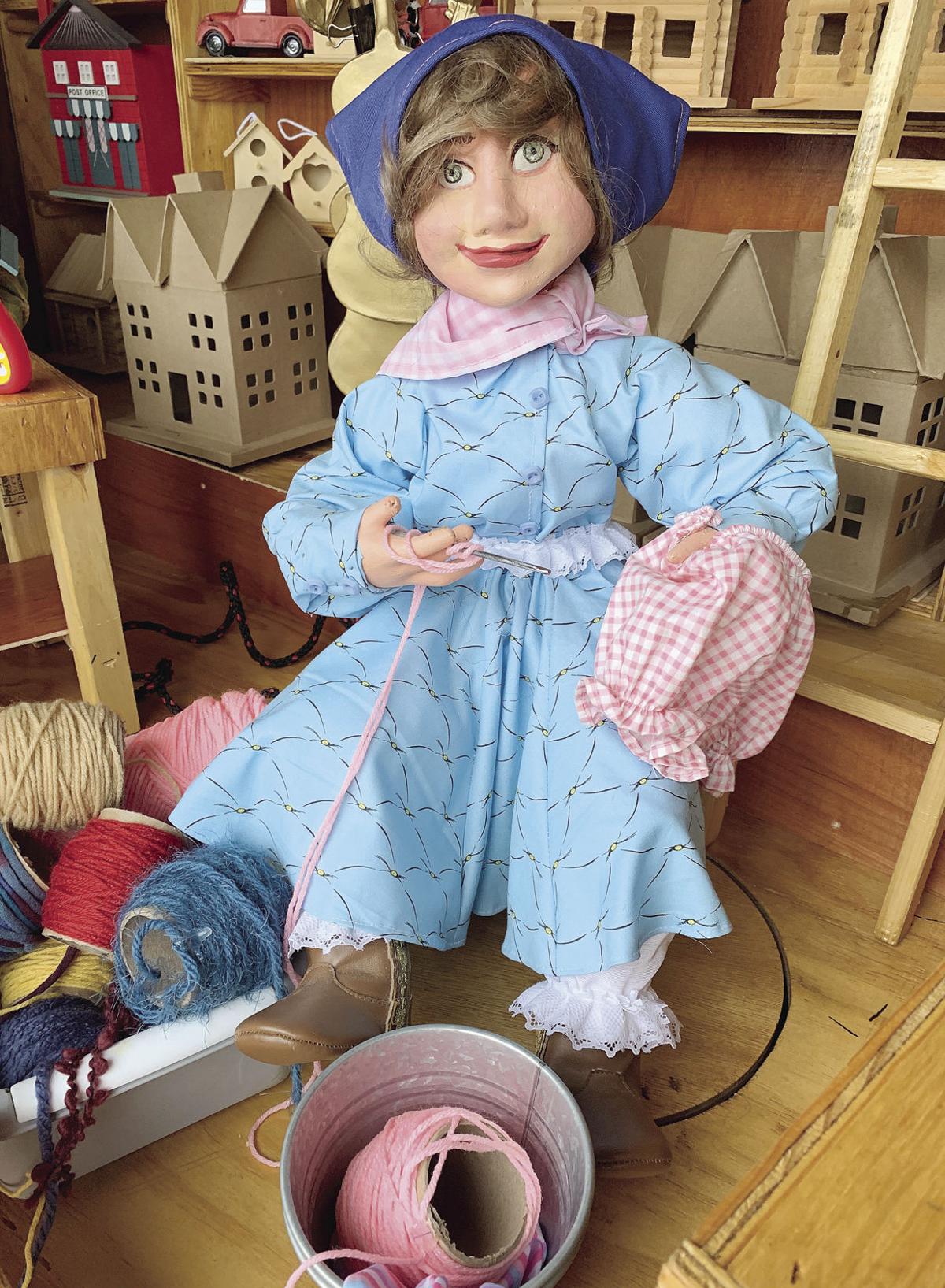 A doll in one of the window displays appears to be smiling for the camera. Volunteers have been installing the displays this week, and the displays will officially be turned on Nov. 21.

Denise Barnes, of the Thomasville Beautification Committee, makes adjustments to an elf in one of the city’s Christmas window displays at the Thomasville Emporium. Barnes spearheaded the effort to bring the elaborate displays to Thomasville last year.

A doll in one of the window displays appears to be smiling for the camera. Volunteers have been installing the displays this week, and the displays will officially be turned on Nov. 21.

THOMASVILLE — The elves returned to downtown Thomasville this week, but they’re not quite ready for their 2020 debut.

“I think we’ll be done by midweek next week,” said Denise Barnes, one of several Thomasville Beautification Committee volunteers who were installing Santa’s Magical Workshop, the city’s popular storefront window displays that were unveiled for the first time during the 2019 Christmas season.

“But it’s going well. We got the first window done in about two days, other than a little bit of the wiring. I think we’re making really good progress.”

The displays are being installed in three windows — one on E. Main Street, two on Commerce Street — of the Thomasville Emporium, which was formerly the old Belk department store. For previous generations, going to see Belk’s Christmas window displays was a highlight of the yuletide season, and the current displays are a nostalgic attempt to bring back those magic memories of yesteryear.

“Last year was fantastic,” Barnes said. “People came constantly to see the displays. We got lots of positive feedback, and we’ve already had lots of calls from people wanting to know when the elves will be done this year. I think it’s been a positive thing, not just for the Thomasville Emporium but for the whole downtown.”

Thursday morning, Barnes and a few other volunteers were as busy as — well, as busy as a team of elves as they scurried about installing the elaborate window displays. Installation has been a challenge, because Lou Nasti — the Brooklyn toymaker who designed the displays with their mechanical elves — could not come to Thomasville as planned because of COVID restrictions in New York.

“We had budgeted for him to come back and help like he did last year, but he called and said he wouldn’t be able to come,” Barnes said. “And then he said, ‘But you can do this.’ He has more faith in me than I do.”

The good news is that Nasti has been available via Skype to talk the volunteers through any problems they may be having with the installation.

“I’ve got him on speed dial,” Barnes said with a chuckle.

Last year, the Thomasville Beautification Committee solicited some $50,000 in grants and donations to hire Nasti after Barnes saw a TV segment about him. She believed — and her fellow committee members agreed — he was the man who could bring the Christmas magic back to downtown Thomasville.

As far back as the early 1960s, whimsical mechanical elves on display in the old Belk store attracted families from all over the Triad during the Christmas season. The elves eventually fell into disrepair, however, and they remained in storage until last year, when Nasti took them to his Brooklyn workshop to repair them. As it turned out, two of the damaged elves were actually created by Nasti decades ago, and he recognized them as soon as he saw them.

Now they’re back, along with a whole new cast of elves and three intricately designed window displays that tell the story of Santa and his elves getting ready for Christmas. The third window even includes a working conveyor belt that wraps the presents and gets them ready for delivery.

The one big difference this year will be the absence of Pinocchio, a mechanized figure who was housed in a small chalet adjacent to the E. Main Street window. He was a favorite of children when he emerged from his chalet to talk, sing and welcome visitors to the display.

“Pinocchio is going to hibernate this year,” Barnes said. “He’s the most technical piece of the whole thing, and we just didn’t think we could do it right without Lou here. Plus, with social distancing, we were afraid having Pinocchio might cause too much congestion out front. So he’s in storage — he’s safe.”

Although the window displays are already visible, Santa’s Magical Workshop won’t be officially turned on until Nov. 21 at 5:30 p.m., as part of the city’s annual Light Up the Holidays event, which will also include a Christmas tree-lighting downtown.

The festivities will also include a drive-thru visit with Santa Claus, in which children can see Santa, give him their letters saying what they want for Christmas, and get a small treat from the jolly old elf.

According to Barnes, Santa’s Magical Workshop will likely remain on display through the weekend of Jan. 15.