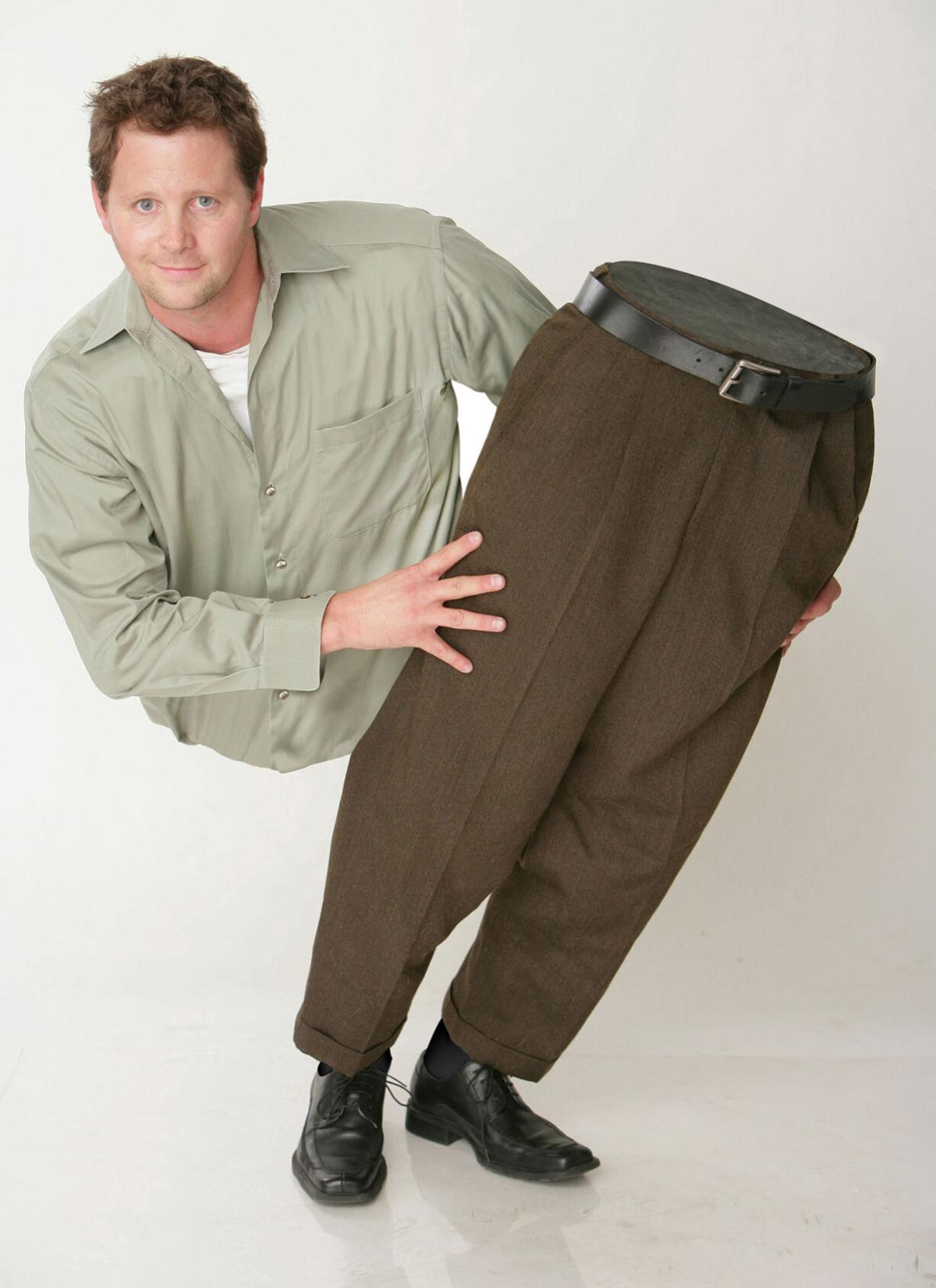 Part comedian, part magician, Andy Gross went viral with his “split man” routine, in which he appears as a man who has been split in half. Gross will perform Saturday evening at the High Point Theatre. 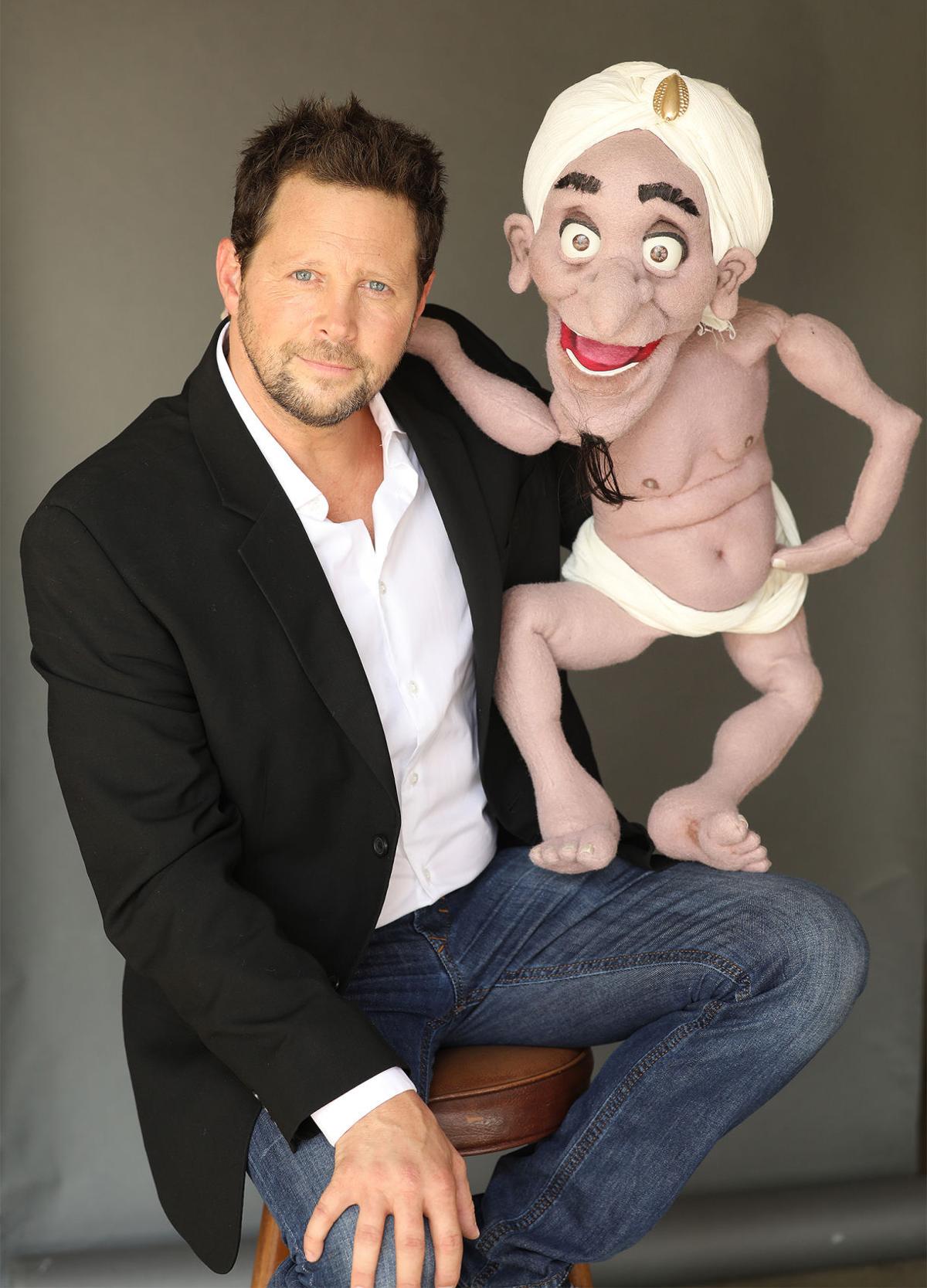 A gifted ventriloquist, Andy Gross gets lots of laughs with his character known as “Steve the Customer Service Guy.” 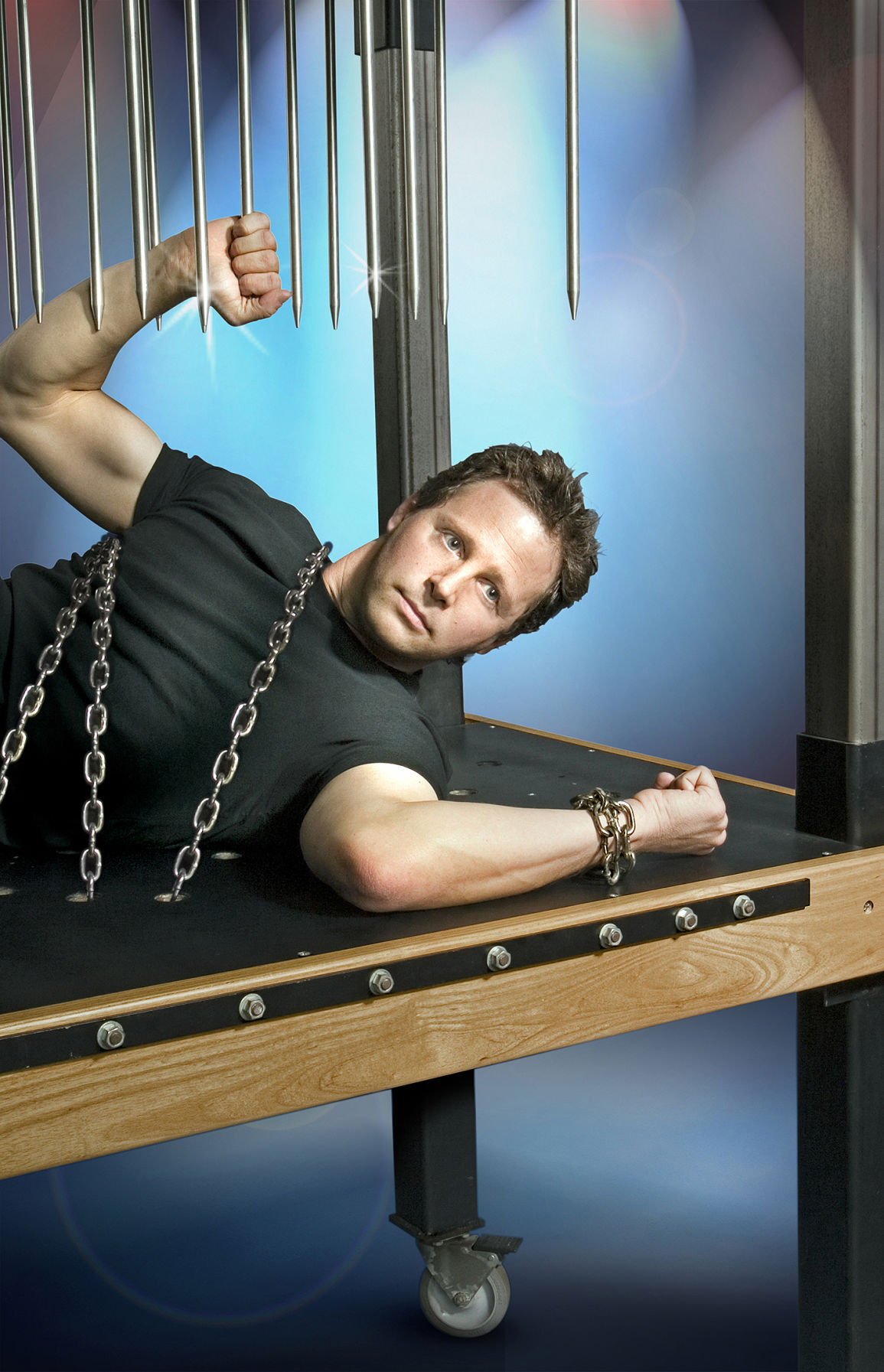 Part comedian, part magician, Andy Gross went viral with his “split man” routine, in which he appears as a man who has been split in half. Gross will perform Saturday evening at the High Point Theatre.

A gifted ventriloquist, Andy Gross gets lots of laughs with his character known as “Steve the Customer Service Guy.”

On one level, the popular entertainer splits his time up onstage, demonstrating his performing skills as a standup comedian, a magician and a ventriloquist.

On another level, though, Gross actually becomes “the split man,” appearing as a poor soul who has literally cut his body in half and holds the bottom part of his body in his hands. It’s a clever trick, and several years ago a video of Gross — filmed in his “split man” persona, scaring the pants off of unsuspecting victims — went viral.

That video, and several of his other videos, can be found on YouTube, but if you want to see Gross in person, here’s your chance: He’ll be performing Saturday evening at the High Point Theatre.

“My style is kind of comedy magic,” Gross said during a telephone interview last week. “I like to hear people leaving the theater and saying, ‘I didn’t know it was gonna be so much comedy. I’m not the traditional magician in a tux doing classical magic — it’s more jokes and making people laugh. I’ll do some tricks where people will be scratching their heads, but first and foremost I like to be really funny.”

Gross promises a fun, interactive show in which, in addition to his signature “split man” routine, he’ll perform such amazing feats as reading minds, levitating an audience member, making a signed $100 bill vanish and then reappear inside an orange, and throwing his voice.

Gross, 53, became interested in magic and ventriloquism when he was about 10, after watching the movie “Magic,” starring Anthony Hopkins and Ann-Margret.

“He played a deranged ventriloquist with a dummy that killed people, and I thought I should learn how to do this, because it might come in handy someday,” Gross says.

“I drove my mom and dad crazy asking questions: How does he do that? How does he throw his voice? I went to the library and read books, and I ordered a course in the mail. I really studied this stuff and it worked. I could throw my voice. I could actually page myself out of class at school.”

Meanwhile, Gross found another pursuit that devoured all of his time — racquetball — playing the sport competitively and turning professional when he was only 16 years old. Magic and ventriloquism remained nothing more than hobbies.

In the early 1990s, though, the popularity of racquetball suddenly began to disappear across the country, and Gross found himself wondering what he would do next with his life.

That’s when he decided to pursue a career in magic and ventriloquism, adding a comedy element to his act. Encouraged by his success at a few open mic nights, he began performing at comedy clubs such as The Improv and The Comedy Store, and he started landing gigs for corporate events and cruise ship shows.

“I’m proud to say that now it’s a real job,” Gross says. “I went from professional racquetball to ventriloquism, which is probably the weirdest thing you could ever imagine.”

No, actually, a man who scares the bejesus out of people by pretending his body has been cut in half — and films their reactions and puts it all online — may be weirder, but it sure has worked for Gross.

“It’s kind of my version of the old magic trick of cutting someone in half,” Gross says. “I was thinking, ‘Wow, what if you could do that trick without the boxes? How fun would that be?’ So I came up with a way to do it, and I decided to go out in the streets and see what would happen.”

What happened is that some people screamed and ran from him in terror, while others laughed at the silliness of his prank, but all of their reactions made for an entertaining video that caught fire on YouTube. For a month or two, very few people saw the video, but then it took off: 7,000 views morphed into 125,000 views in a single day. By the next morning, the count was over a million, and Gross began getting offers to perform everywhere, including an appearance on “The Ellen Degeneres Show.”

The video continues to draw audiences to his shows, Gross says, which is a blessing now after the pandemic shut down so much of the entertainment world for so long.

“I’m so happy to be back out there,” he says. “And people are ready — they’re filling the theaters and having a great time. You know the old saying that laughter is the best medicine? So if you’re not vaccinated, come on out to the show and get some medicine.”

Tickets are $25 to $35 and are available by calling the theater box office at 336-887-3001. Tickets can also be purchased online at www.highpointtheatre.com.

For more information about Gross, visit his website at AndyGrossLive.com.