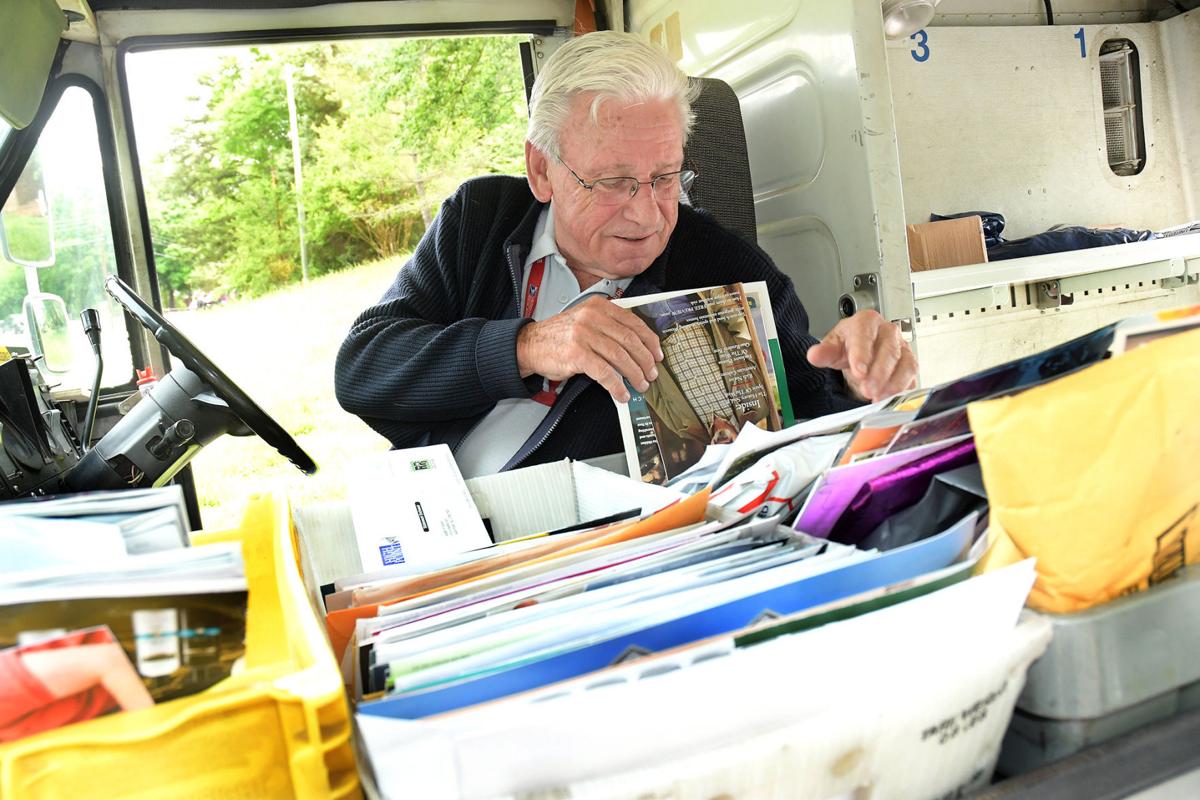 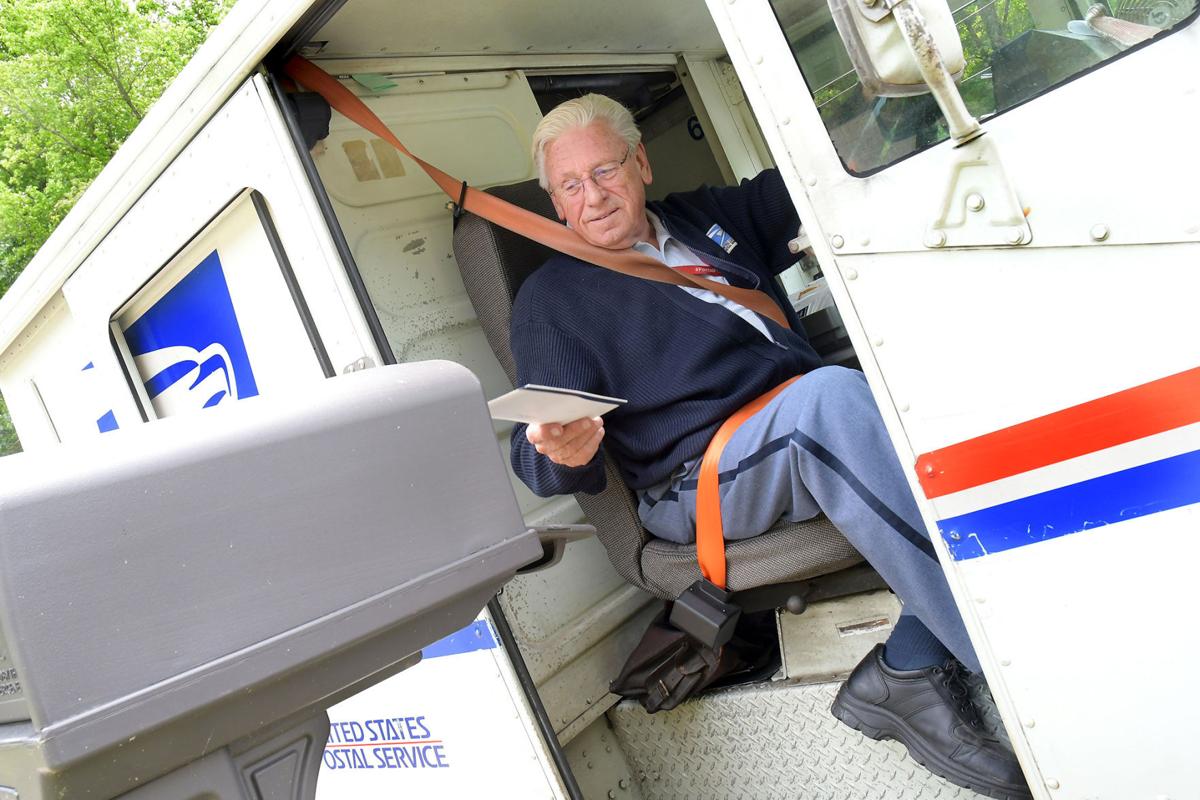 Mail carrier Steve Gantt, shown delivering mail on one of his residential routes off Parris Avenue, joined the High Point post office in 1969 and, at age 75, has no plans to retire. 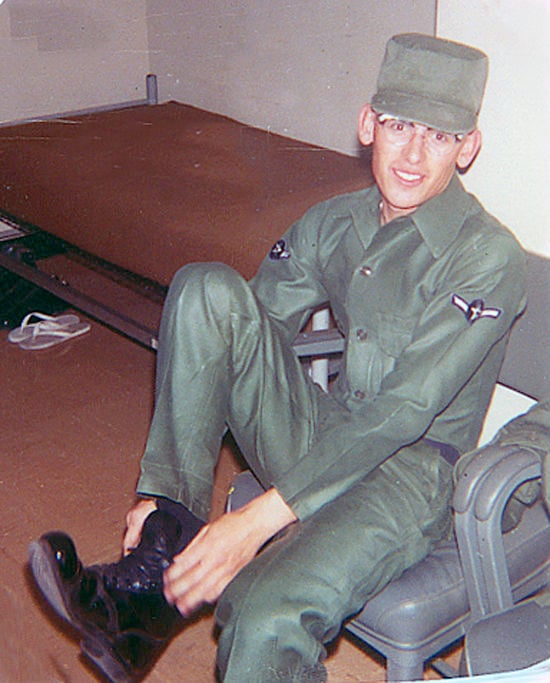 Steve Gantt served in the Air Force before joining the U.S. Postal Service. He’s pictured here during basic training camp at Lackland Air Force Base in San Antonio, Texas, in 1964.

Mail carrier Steve Gantt, shown delivering mail on one of his residential routes off Parris Avenue, joined the High Point post office in 1969 and, at age 75, has no plans to retire.

Steve Gantt served in the Air Force before joining the U.S. Postal Service. He’s pictured here during basic training camp at Lackland Air Force Base in San Antonio, Texas, in 1964.

HIGH POINT — After more than half a century of working with the U.S. Postal Service, Steve Gantt will tell you there’s not much that can stay him from the swift completion of his appointed rounds.

About the only thing that kept him from delivering the mail was a bout with bladder cancer back in 2013, and it was probably the worst year of his life.

“I about went nuts,” the veteran High Point letter carrier says. “Retirement’s definitely not for me. Sitting at home 24-7? No, thank you.”

Which brings us back to 2021. Gantt was recently recognized for 55 years of government service — 51 years with the postal service, plus four years before that in the Air Force, working as a mechanic on the C-130 aircraft. Today, even at age 75, the Kernersville resident says he hopes to stay with the postal service for many more years to come.

“Just as long as I can physically do the job,” he says.

Gantt joined the High Point post office in 1969 after returning home from Vietnam. A rural carrier he knew encouraged him to apply, so he took the postal exam, passed, and he’s been there ever since.

“I’m really glad I did, because it’s something I’ve always enjoyed,” Gantt says. “If I ever had to fill out a resume, it would say Air Force and mailman — that’s it.”

For the first 15 years or so, Gantt worked inside at the post office, but in 1985 he found his true calling — delivering the mail.

“This woman carrier didn’t like being out in the weather, and she wanted to move inside, so we did a mutual swap,” Gantt recalls. “I love working outside, and the weather doesn’t bother me. When I leave the office to deliver the route, I’m on my own out there, instead of being cooped up in a building all day.”

Well, he’s not completely alone out there. Gantt has a long roster of customers, on his current route and on previous routes, that he’s delivered the mail to through the years. And they’re not just customers — they’re friends.

Gantt tries to make friends with the pets on his route, too, though he admits he’s probably received nine or 10 dog bites through the years.

“We’re talking about a little nip or a snap,” he says. “I’ve never been physically attacked by a dog. It’s usually little house dogs — the owner opens the door to get the mail, and the dog runs out and grabs you by the leg.”

There was one dog, however, that lived up to its reputation as man’s — er, mailman’s — best friend. Not long after Gantt began his first walking route for the post office, a dog that came to be known as Roadie started following him.

“He would be at the post office to meet me every morning when I left, he would follow me all day long, and then I guess go home,” Gantt recalls. “My route was probably seven or eight miles. If it was my day off and whoever was taking my route said they didn’t know the route, they would say, ‘Just follow the dog.’ ”

One day, Gantt learned Roadie had been picked up and taken to the county animal shelter, and it was more than the affable mail carrier could stand. He went and bailed the dog out, then took him home as his own pet.

Gantt’s coworkers have nothing but nice things to say about him.

“Steve’s a good worker, and he always goes above and beyond for his customers,” says Susan Donovan, supervisor of customer service. “I’ve never had any complaints about him.”

Gantt has also won a couple of significant awards for his work with the postal service — the Million Miles Award, for driving 1 million miles on the job without an accident, and the Joseph M. Kaplan Safe Driver of the Year Award, a national distinction given to only 10 drivers a year.

“You can’t work with a better guy,” says Caroline Jones, president of the High Point branch of the National Association of Letter Carriers. “He’s just an exceptional guy, and he loves his job. This man could’ve retired a long time ago, but he loves what he does. He was created to do this job he’s doing.”